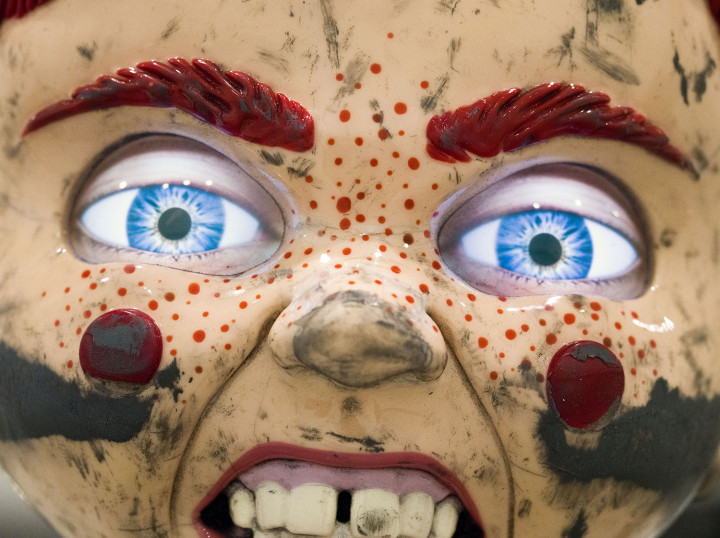 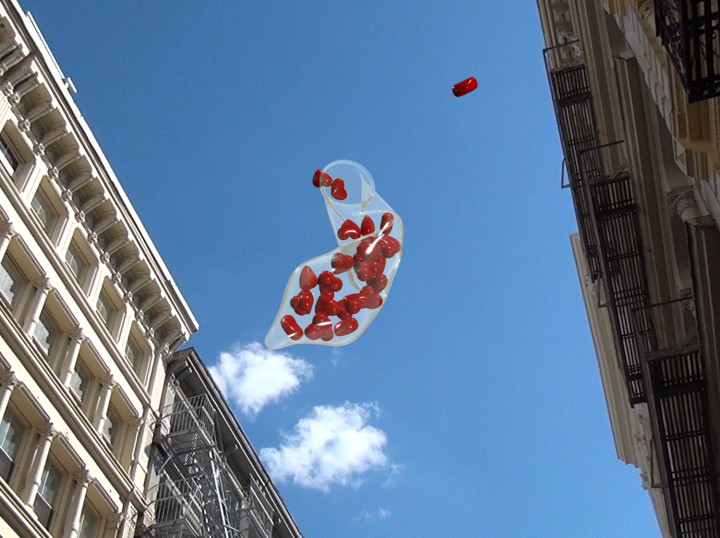 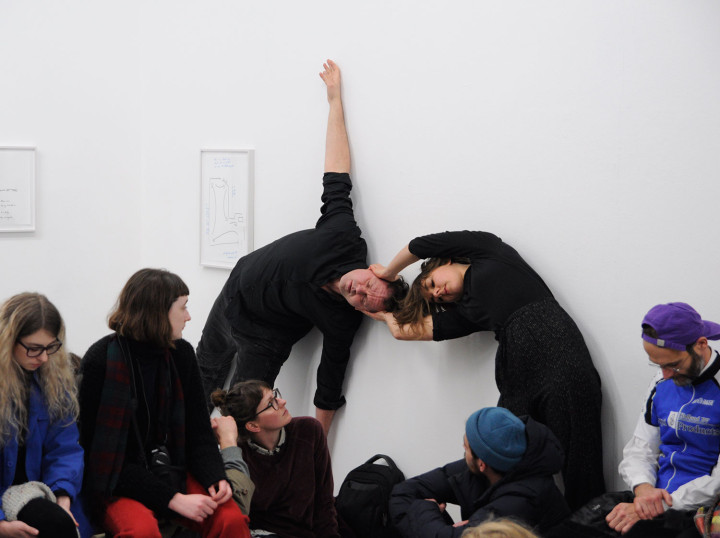 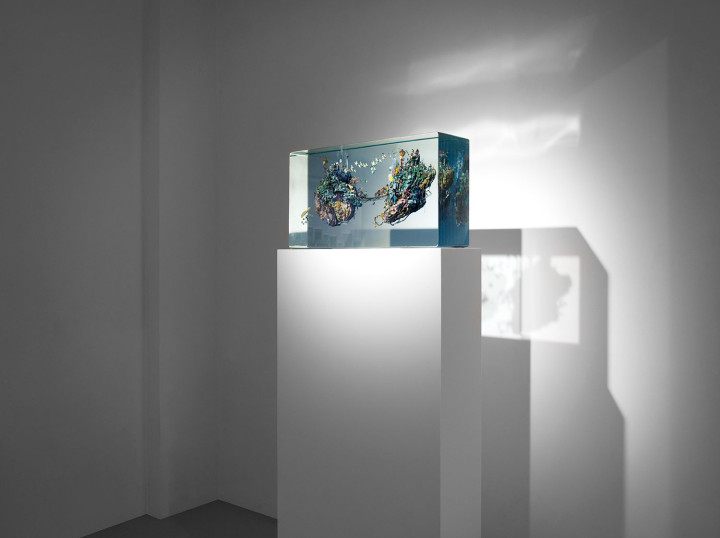 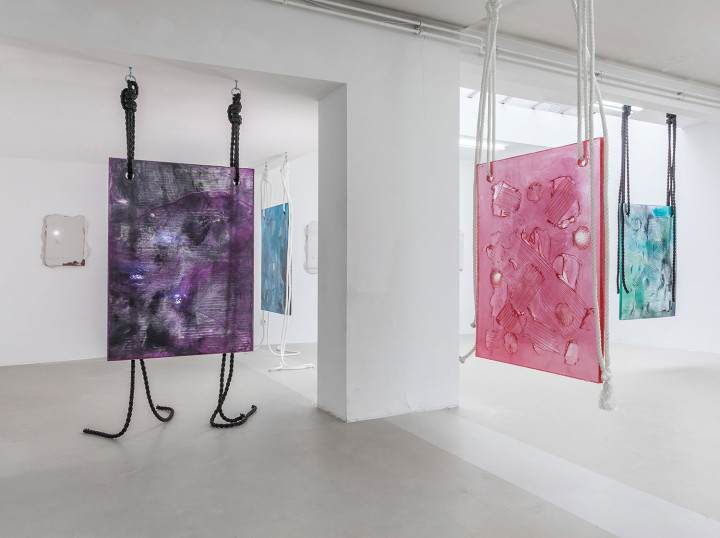 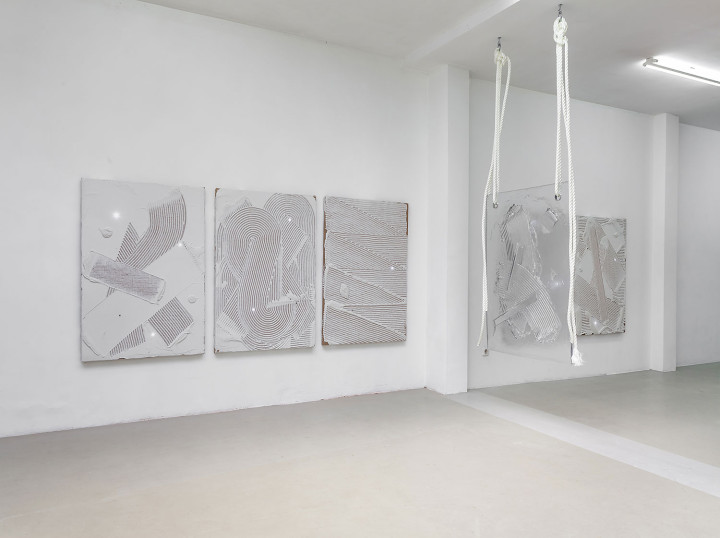 The most recent edition of Amsterdam Art Weekend featured more than fifty official participants alongside many more satellite pop-ups around the capital. Eclectic, open and varied, it presented itself as a cross section of the Dutch artistic panorama.

As Amsterdam Art Weekend director Adriana Gonzalez Hulshof notes, the city is a vital incubator for young talent, and it is easy to understand why. Bicycles, canals and clean air help to maintain a positive atmosphere, bound together with Amsterdam’s identity as both stylish and transgressive.

The first stop was the green district close to the city zoo, where the Rijksakademie van beeldende kunsten is located. This venerable art academy offers residencies to approximately fifty artists, providing space for research, experimentation and artistic production in an atmosphere far from didacticism and ideology, leaving artists free to develop their own approaches. Every year, for just two days, visitors are allowed into the studios to behold this expanded laboratory. On this occasion, artists such as Deniz Eroglu, Sander Breure & Witte van Hulzen, Tamar Harpaz, and Kate Cooper, to name just a few, demonstrated an innovative spirit in tandem with a deep awareness of their field of research. Deserving residents are quickly absorbed by the local gallery system; for example, the ex-student David Maljkovic is now exhibiting at Annet Gelink Gallery with a series of eight collages and a video that investigates the space between artistic practice and everyday routines.

The varied structure of the gallery system, ranging from research-oriented spaces to more traditional venues, has helped balance this scene. Worth mentioning is Dustin Yellin’s exhibition at Grimm Gallery, which is currently staging 10 Parts (2016), a neo-apocalyptic collage comprising thousands of micro-figures cut from books, magazines and encyclopedias. These fragments are fixed within layers of glass, crystallizing a hallucinatory vision of humanity’s impending descent into the abyss. Yellin’s work is a catalogue of the collective unconscious, a stratification of human imagination.

Berend Strik’s exhibition “Redefining Realness” at Galerie Fons Welters is ambiguous and complex. The artist reworks photographic images as embroidery, stitching circular and flame-shaped patches of fabric to greatly enlarged C-prints. Applying an extra layer onto the support surface, Strick investigates the complex experience of the viewer and reflects on the fluidity of media.

Galerie Alex Daniëls shows new works by Marcus Harvey that investigate a possible idea of Britishness. His bronze sculptures mash up the iconography of Blair and Thatcher with galleons, police helmets, tattoos, and other junk-shop wares in a humorous, three-dimensional state-of-the-nation collage. The exhibition of Florian & Michael Quistrebert at Galerie Juliette Jongma has notable grace. The brothers, nominated for the Prix Marcel Duchamp in 2014 and featured at the Palais de Tokyo in 2015, present a series of transparent paintings suspended by ropes, calling to mind Alberto Burri’s “Combustione Plastica” series (1961–62).

The highlight of the weekend was undoubtedly the exhibition of Jordan Wolfson, who kept the delicate constitutions of Stedelijk visitors under constant bombardment. Suspended by metal chains within a cubic stage is an animatronic mannequin that is brutally thrown in all directions. Colored Sculpture (2016) recalls an archetypical pop image, personifying a mix of Huckleberry Finn, Howdy Doody and Alfred E. Newman. References to child violence, to the manipulation of individuals by external forces and to the Debordian society of the spectacle infuse the exhibition, evoking both anxiety and impotence. The exhibition also includes the video Raspberry Poser (2012), presenting a world populated by Disneyesque cartoon characters, mutating red blood cells, a peripatetic condom, images from art history and a punk (played by the artist himself).