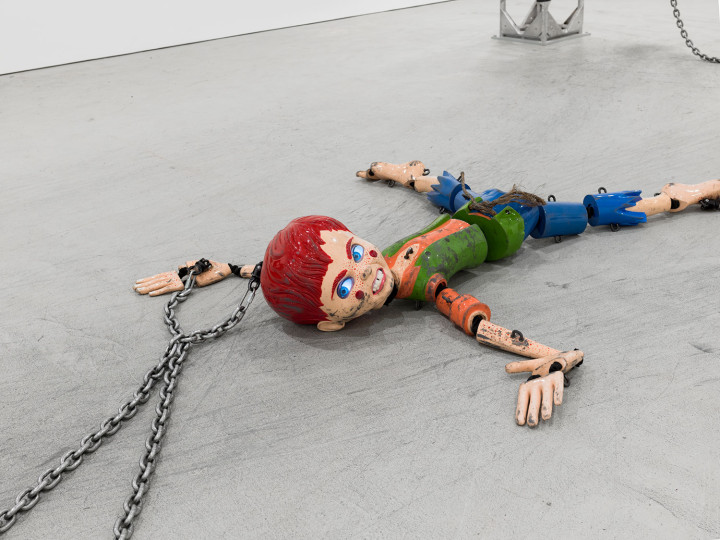 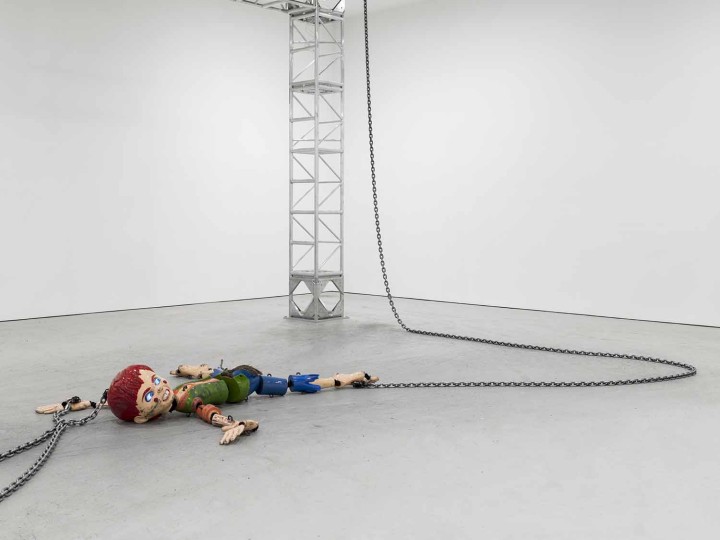 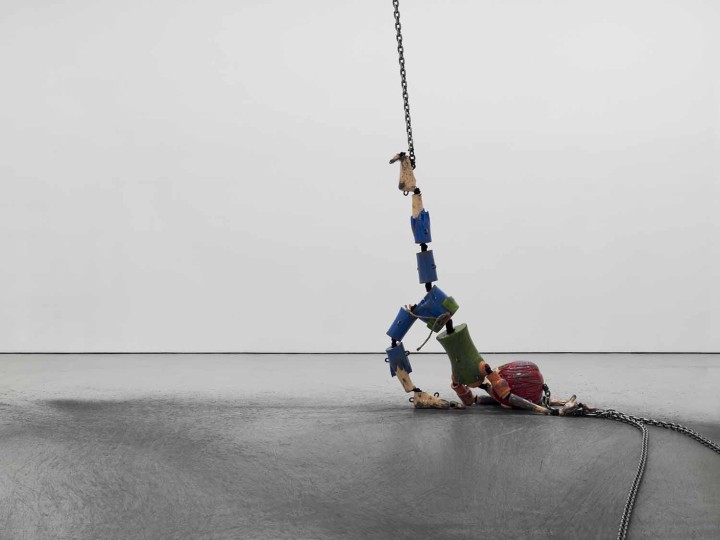 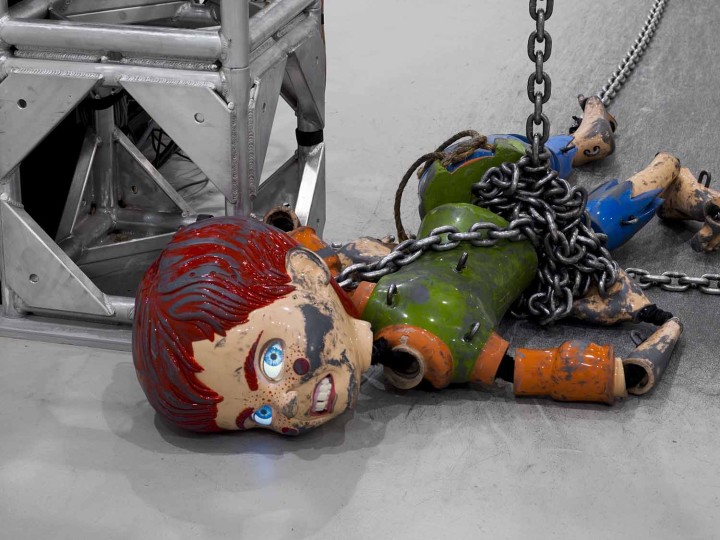 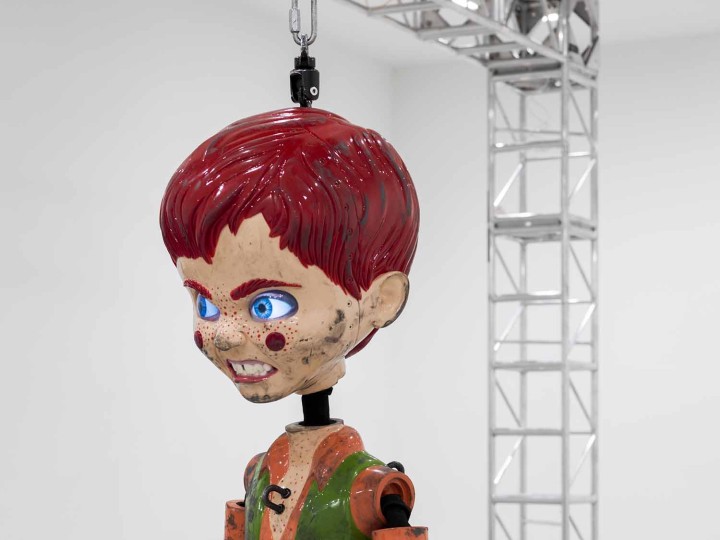 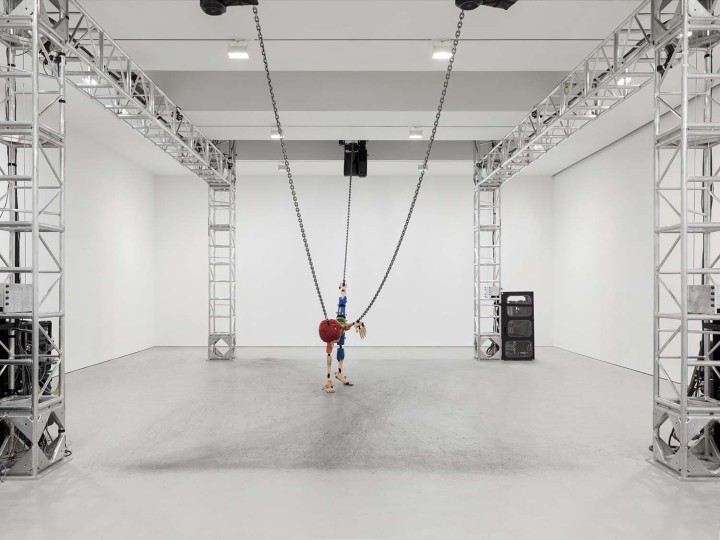 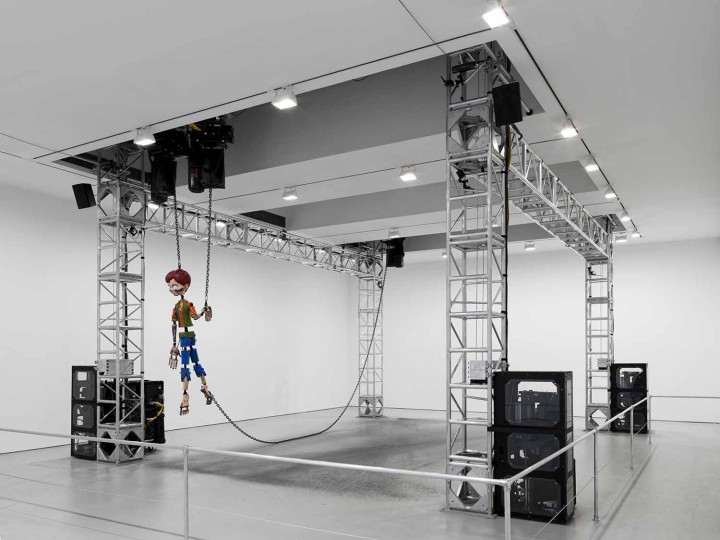 Nightmares are just as distressing for their familiarity as they are for feeding obscure terrors. More common in children than adults, the feverish horror of repeatedly witnessing, or experiencing, a twisted scene can be a nightly torture.

A new installation by Jordan Wolfson, simply titled Colored sculpture, a withholding name, orchestrates a sensory-shocking hallucination that loops without resolution. It carves gaping negative space from a cavernous gallery in Chelsea, contoured by a cubic figuration of immense industrial steel scaffolding, accented by a few absorbent black speaker monitors. The setting is a cruel stage for a single, ruinous performance by a lone, artificial actor.

An aggressive, possessed little boy, several feet tall, flies loose-limbed throughout the cube. His maraschino-cherry-red hair and matching freckles, pulsing moonstone eyes and forced, lockjaw smile belong to a 1950s comic-book character — an innocent child kidnapped or caught trespassing, forced to dance and sing indefinitely before a disengaged or, more likely, absent audience. The limp puppet is said to have been programmed to choreograph its own movements, but he isn’t at liberty: The boy is a heavy marionette hung from the ceiling with massive metal chains, flailing around but ultimately having no choice but to crash into either one of the support beams or the polished concrete floor with a distinctly hollow, leaden boom. The stage is otherwise silent, metal on metal clanging cleanly and perversely, except for the occasional momentary blast of Percy Sledge’s 1966 hit “When a Man Loves a Woman.”

The boy’s laser eyes conceal facial-recognition intelligence, keeping and following a visitor’s gaze as they move left to right before the maze. His eyes also occasionally flash an image to his audience, whether a short text message or a snippet of the artist’s films. The figure is perhaps an addict, devouring the suffocating streams of advertising and entertainment images that never rest. But it is also attempting to fill a void, one that, regardless of age or sophistication, reduces one to the temperament and restraint of a little boy whose weak penance has resigned him to a corner: that of infatuation’s capacity to completely ravage. 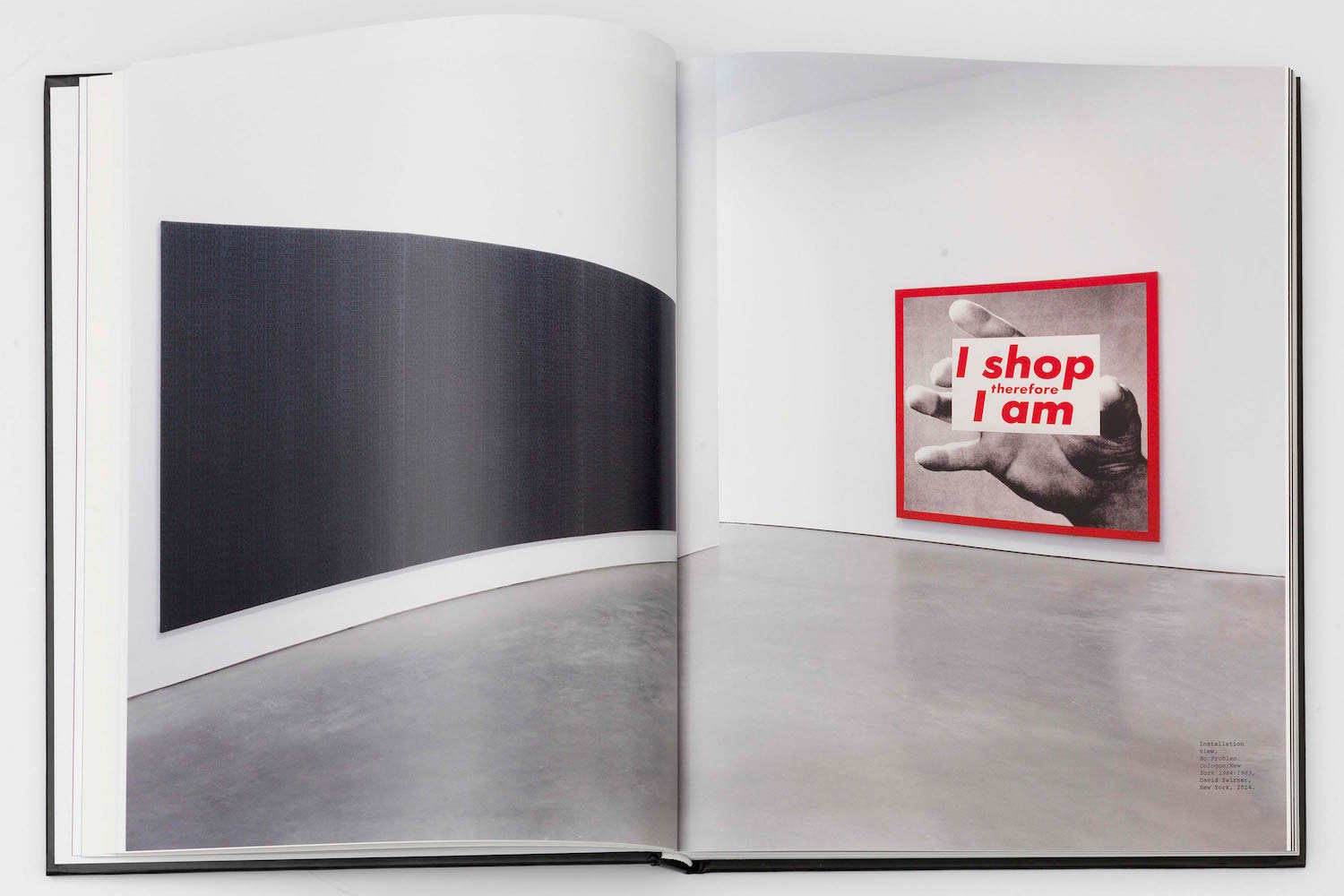 “At least until the beginning of this century, there were always special relationships between certain cities.”