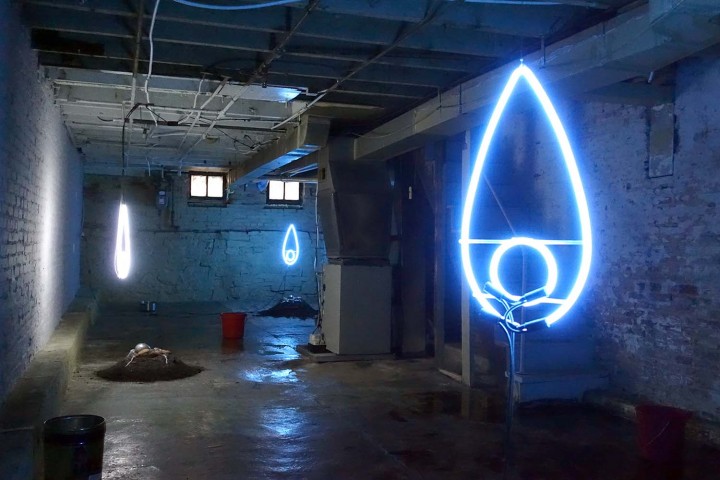 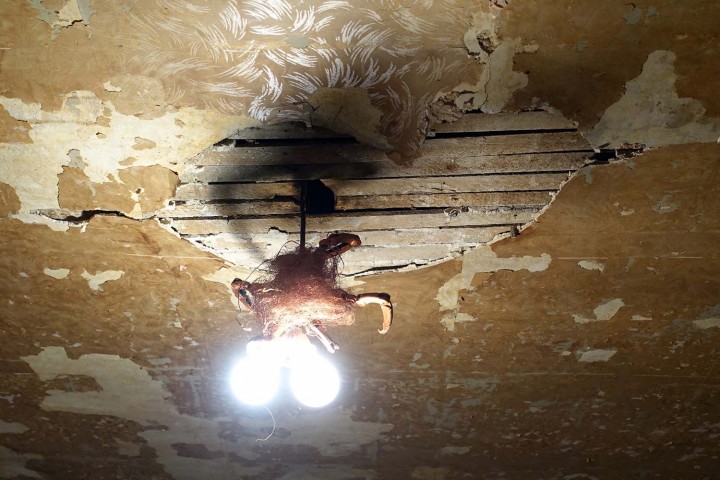 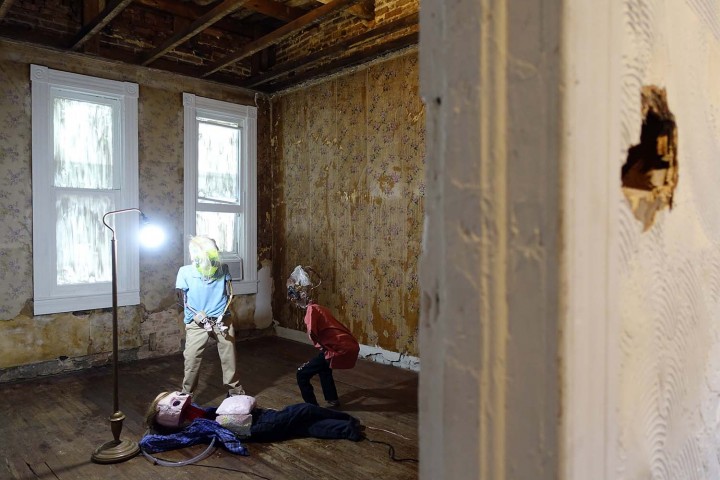 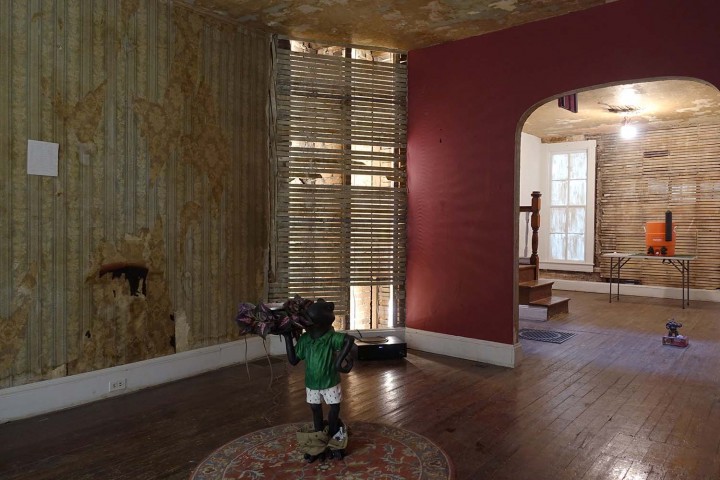 At the entryway of Rowhouse Project, a run-down former home, a Bombay Company frog butler stands at attention. With its skin painted black, the little two-foot figure waits expectantly to deliver a ramshackle bouquet of fake flowers concealing a small amplifier.

A low frequency runs through the speaker, causing a strange pink fluid on its surface to behave unnaturally like a solid. As it splinters into polymorphous shapes and re-liquefies, the frog’s sly expression must countenance the specks of oobleck that splash upon its face. This is the first work in Ajay Kurian’s exhibition, and it introduces the sci-fi narrative that fills the remaining floors of the shotgun-style house. What little decency duty promised left the frog with its livery shorts permanently around its ankles — the lose-lose irony of labor bedeviling people of color.

Through a series of vignettes, the exhibition develops a mythology of dispossession. Occasionally, as in maquettes like Take it Easy Caliban (Part II) (all works 2015) and Astronomer in the Polis, the materials are overloaded: a rhinoceros action figure or a turtle shell and retroreflector (a non-reversing mirror) seem studied, if demure. But, when Kurian exerts a material and mechanical ingenuity, he stages disturbing, ironic and wholly unsentimental encounters. In Prep, a skeletal white teen robot pees into the mouth of another on the floor. While a black teen robot watches, a digital camera flashes from its eye, the strobing light recording the event as it animates the piss stream, making it seem to flow backwards. It is an allegory of alienation and witness, of frustration, awe and incredulity when supremely irrational and systematic (read: white) ambivalence and violence is re-framed as merely mischief. Kurian does not withdraw from such laughing-mad reality and soul-stung privation, however. In Cellar House Rules, blue neons in the shape of an upturned Neighborhood Watch logo appear like flames or tears. Throughout the basement, they minister over mounds of dirt containing chromed ostrich eggs and yams drizzled with silver enamel. The drip-drip of an intricate watering system gives the feeling that a tenant left the bath running. It is fury and mourning at a post-Trayvon Martin, post-Michael Brown vigilante impunity — there is little defense from an environment this toxic. What is certain: this neglect will nourish something and it will be combustible.