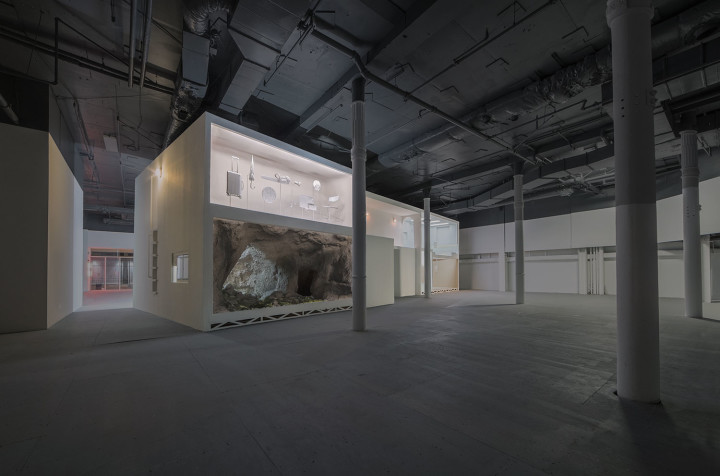 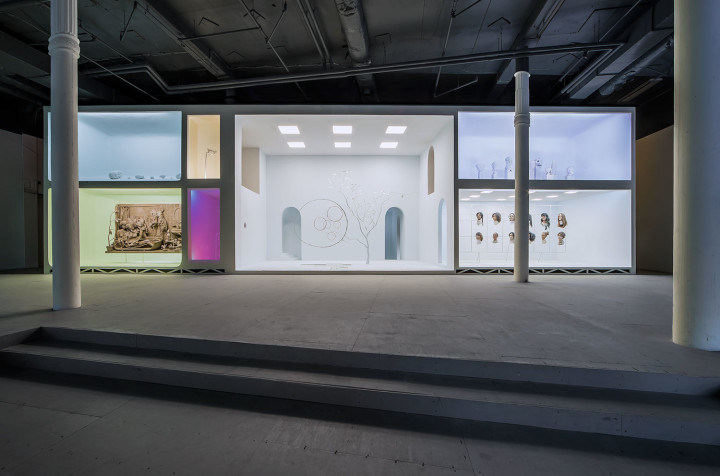 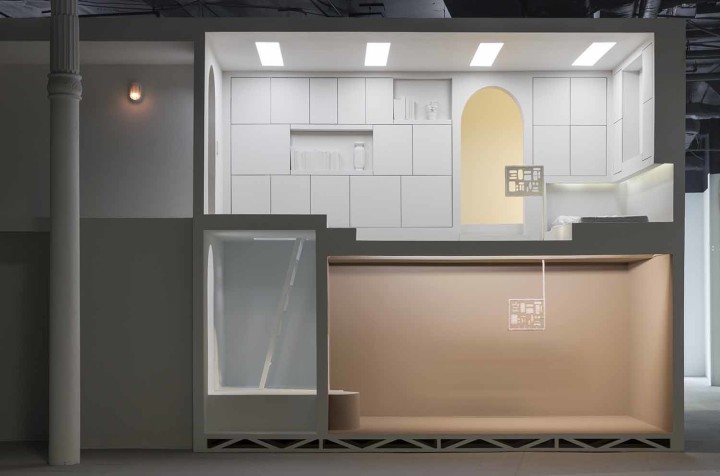 Michael Jones McKean’s newest sculptural project, “The Ground”, occupies the ground floor of Hutzler Brothers Palace Building, a department store opened in 1888. After its closure in 1981 the building was gutted and left empty for over thirty years, save for its basement, which hosts a server farm.

Neighbored by a mosque, unoccupied stores and precarious enterprises, Baltimore’s former shopping emporium sits opposite a busy stop on the light rail line shuttling people between nearby suburbs, the BWI airport and Union Station. “The Ground” sits at the crossroads of critical systems and networks.

Like many of McKean’s earlier projects, this one employs an array of techniques, from ceramics to cabinet-making, set and exhibition design, to harness its site by folding the deep past into the distant future. Speculative and performative, the four-sided, two-story, rectangular structure latches onto cast iron pillars, emitting light. The hum of the building’s systems — its metabolism — composes its soundtrack.

One side of the sculpture is visible from the street, twenty-four hours a day, through large store windows. Polyptych-like, its seven parts weave an elaborate narrative: a birth scene, a tree (of life?), a comparative study of mammal brains (intelligence?) and a retro-futuristic tribe. With this civic address, “The Ground” produces its publics.