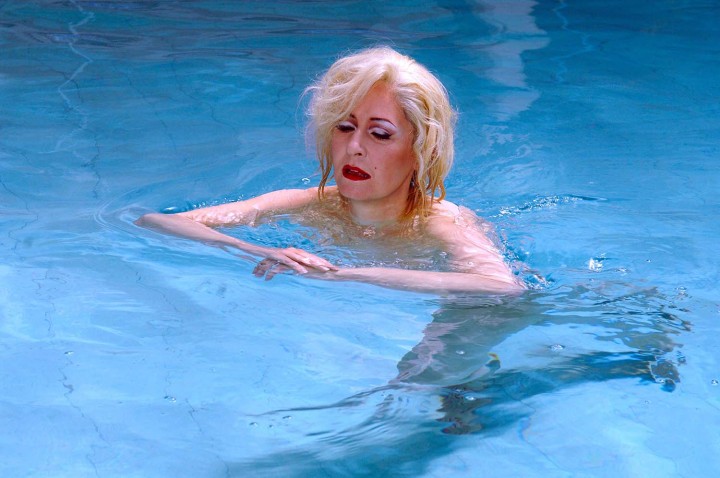 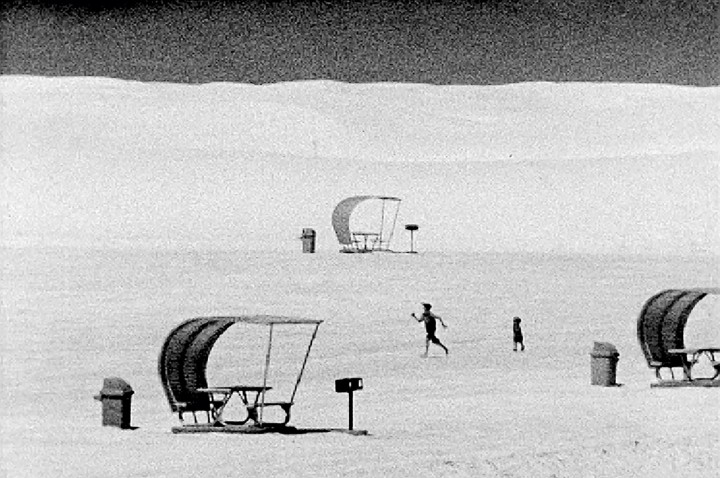 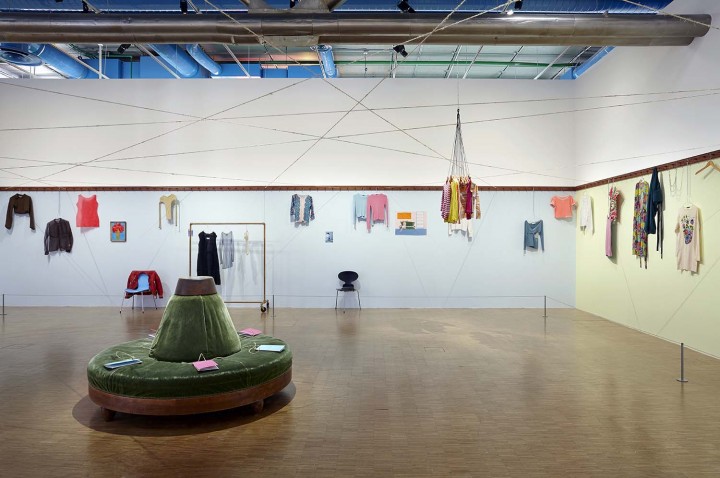 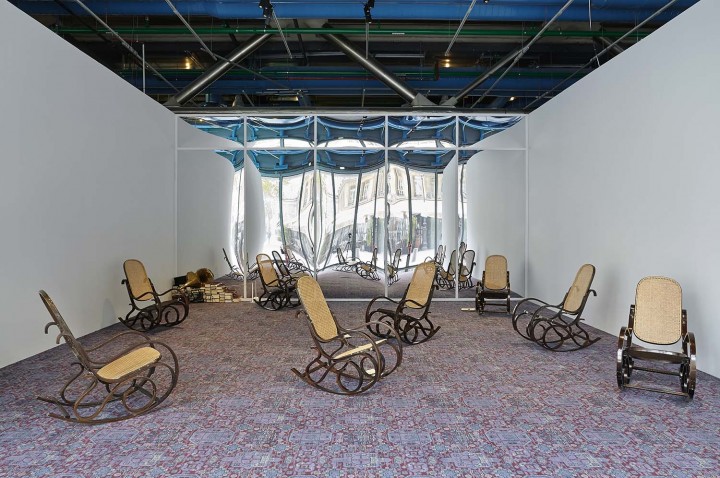 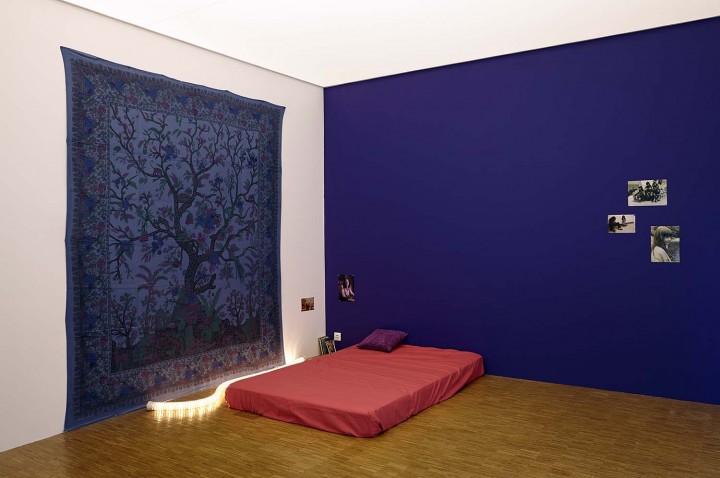 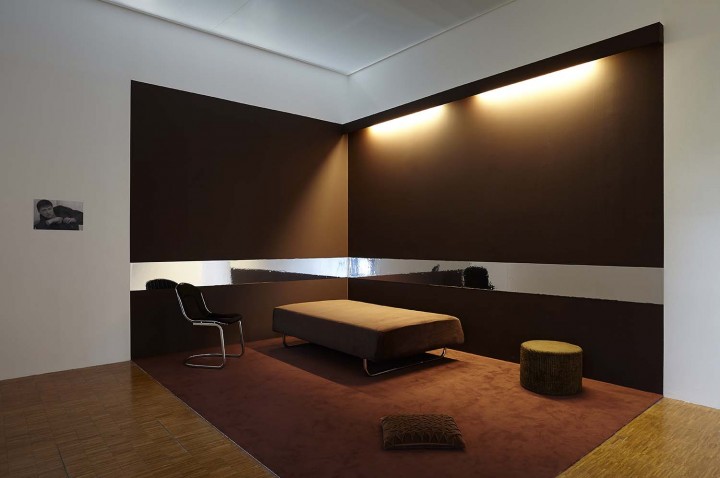 Following Philippe Parreno and Pierre Huyghe, this exhibition devoted to Dominique Gonzalez-Foerster is the last in a series of Parisian retrospectives consecrating the 1990s French art scene associated with relational aesthetics.

Although less imperious than her peers, the fact remains that Gonzalez-Foerster’s show shares the super-sequenced virtuosity of Parreno and the reticular rhythm of Huyghe.

Entering her “retrospective-prospective,” as she calls it, is like reading a roman-fleuve set in both 1887, the year when the Splendid Hotel opened in Lugano, and 2058, a future in which she has imagined a shelter for climate refugees in Tate Modern’s Turbine Hall. Throughout a repertory of geographies and periods, the visitor is engaged successively in a empty green stage evoking Brasilia’s architectural modernism, a dystopic diorama of a desert landscape, the artist’s teenage bedroom and a cosmic sound and light experience. In these parallel worlds we are not only exposed to landscapes, temporalities and climates but also to historical and fictional figures often incarnated by the artist herself. Among them, Véra Nabokov gives a lesson on Dr Jekyll and Mr Hyde, Lola Montès smokes a cigarette, and a hologram of Fitzcarraldo plays a gramophone.

Elements and characters reappear sporadically; all genres are embraced. Successively biopic, psychological, sci-fi, romantic and fantasy narratives compose the 1887–2058 timeline. There is definitely something heroic in her manner of exploring such a large range of registers and intensities, from the near-invisible gesture to the grand spectacle. There is also something fearless in her aptitude for embodying characters. As in Roberto Bolaño’s unfinished novel 2066 or in the Wachowski’s vertiginous Cloud Atlas, the endless digressions and incongruous collisions are transcended by an absolute faith in fiction. If by its candor Gonzalez-Foerster’s exhibition sometimes borders on the ridiculous, it is also upon this tightrope that the show achieves its unique sense of dramaturgy.

After “Before and After Now,” held at the Victoria and AlbertMuseum, the Centre Pompidou in Paris is currently organizing a…