Amid an organized geography of minimal abstract elements leaving no hope for the presence of human beings (a few large paintings on the wall lightly touch the floor; a basic sculptural totem made of found speakers diffuses electronic music; and a primordial fire is fueled by propane), there are two identical photographs hung in the two rooms of the gallery, portraying a close-up of an unknown female’s face, possibly a model or an actress from the early 1990s, a forgotten starlet, like many others.

The artist found the two ready-made posters in a salon during a recent stay in Morocco. For the show, he added a resin crystal tear below her left eye, forcing the figure to endure a nostalgic burden, experiencing pain — for herself and for us. The image projects an uncanny, profane beauty, reminiscent of the creepy fascination of a weeping holy statue shedding oily tears.

Spichtig is concerned with images and their meaning as informed by Foucault’s theory. He creates tight, conceptual bodies of work, which sometimes deliver a hint of narrative. Considering contemporary history and social conditions, he attempts to explain our world without despising it. For this show, the artist uses ink almost like watercolor, in a process that allows for a wide range of accidents, and whose result emphasizes his desire to lose control. He creates what he calls backdrops for primitives, delivering to us, the primitives, an environment in which colors combine with organic shapes, evoking at times soothing elements like water and air or sinister, romantic skies that nourish illusions.

Like Hermann Hesse’s Siddhartha, Spichtig is a true seeker; his research, surrounded by a certain darkness, is hauntingly generous. No matter how evolved we are in our thoughts or attempts to build a social organization, in his eyes we remain primitives grounded to a network of shared failure, moving forward one uncertain step at time. All that remains are just a few backdrops against which we survive. 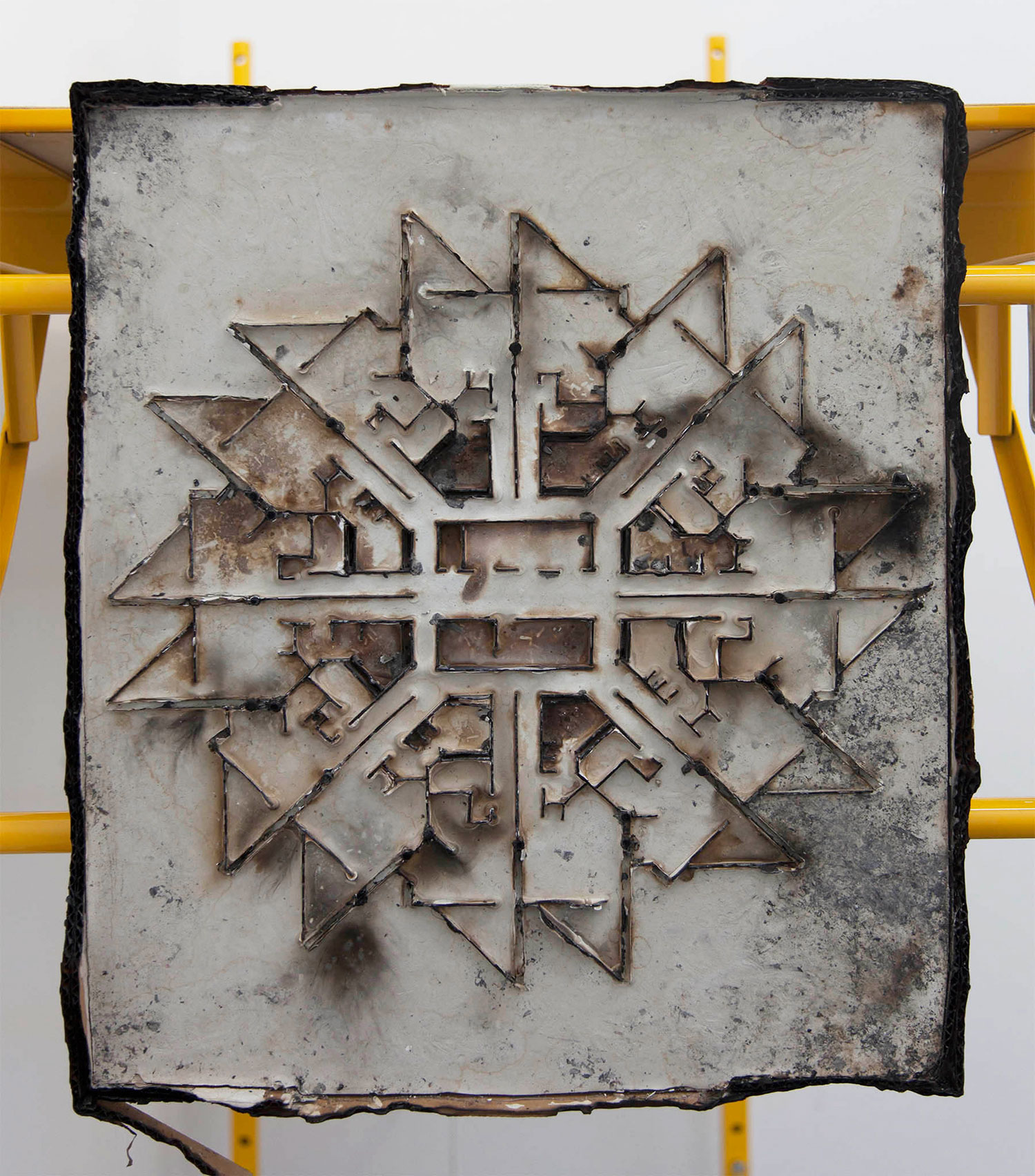 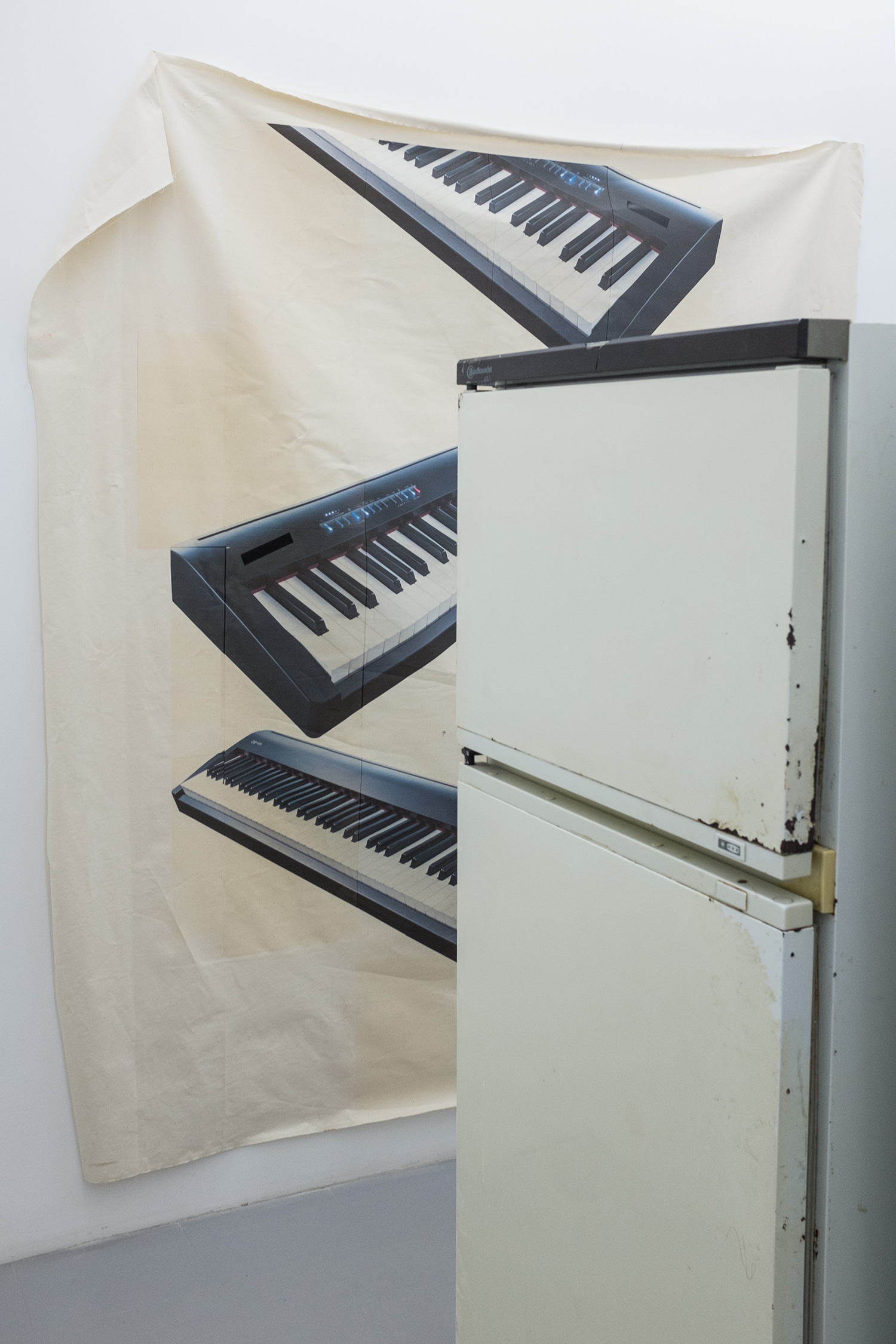