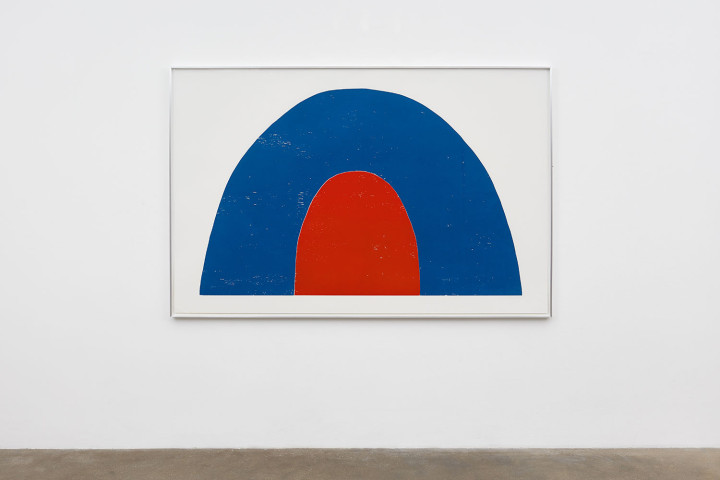 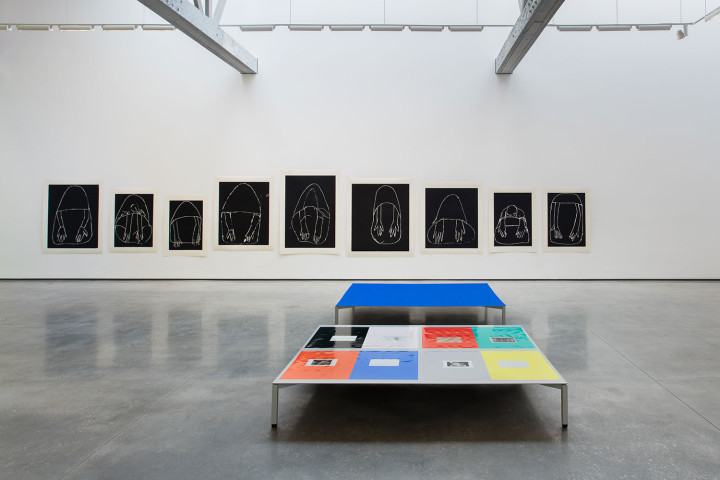 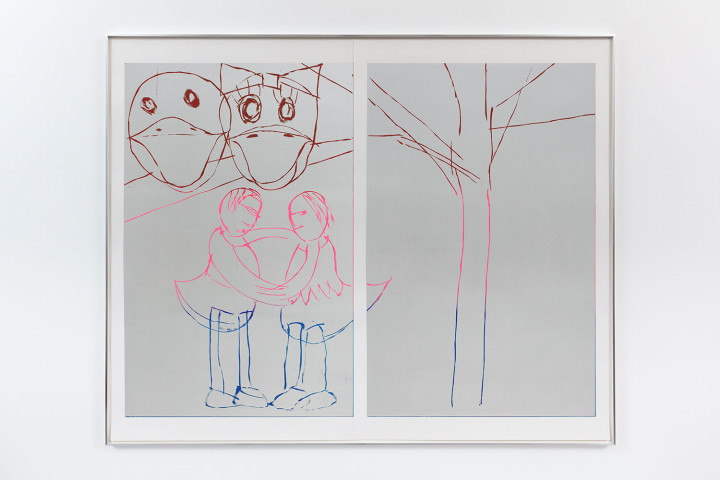 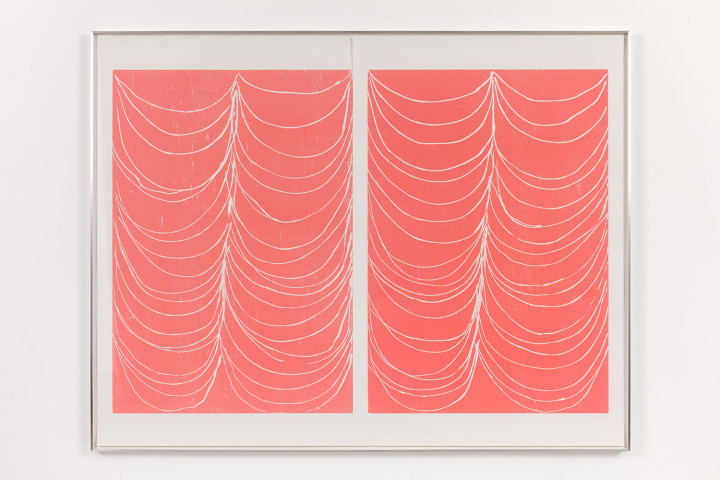 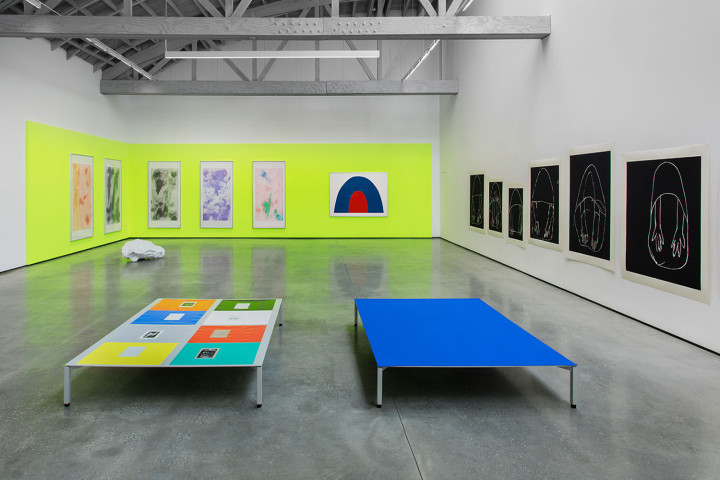 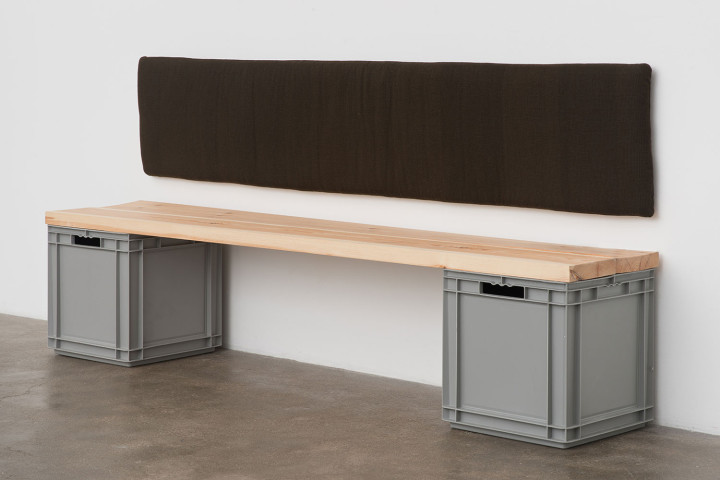 Andrea Büttner’s Los Angeles debut is in many ways a replica of the artist’s recent solo exhibitions at Kunsthalle Wien and the Walker Art Center. Far from complacent mimicry, this act of reiteration is emblematic of the German artist’s ongoing reinvestigation of her core concerns and working methods.

It follows, then, that her practice deals with reproducibility, often manifesting itself in antiquated forms such as woodcuts and etchings. Through wide-ranging employment of these processes, the exhibition examines the tangled relationships between wealth and poverty, humility and pride, charity and commerce. As such, Büttner’s fragmented and disparate installation takes time to unpack.

Replication is explored most overtly in a grouping of nine woodcuts from the artist’s “Beggar” series that, unlike all other wall-based works on view, is unframed. This lack of protection, and the sense of vulnerability that accompanies it, echoes the subject’s alien plight, but also raises notions of symbolic and physical support. For instance, Büttner’s “Phone Etching” series — which marries the distinctly analogue process of etching with the digital hegemony of the iPhone — has a trifold support system: each is framed and installed on a fabric-lined wood construction, which is itself installed on the gallery’s walls. This stratified framework is a willful contradiction to that of the tenuously installed “Beggar” works, mirroring the many polarities at play here.

The show’s most engaging work is a succinct examination of disparity and opposition. The table-based work Selected images of beggars sourced from auction catalogues in the archive of the Aby Warburg Institute, London (2015–16) is comprised of colored inkjet prints of fifteenth- and sixteenth-century depictions of beggars. These reproductions are in fact pictures of the front and back of archived images — photographs of photographs — that had been documented by auction houses such as Sotheby’s. The work not only brings about a cognitive dissonance between the portrayed subject matter and the apparent market for the artworks themselves, but it also questions, as do all the works in this exhibition, the historical imperative for the original. 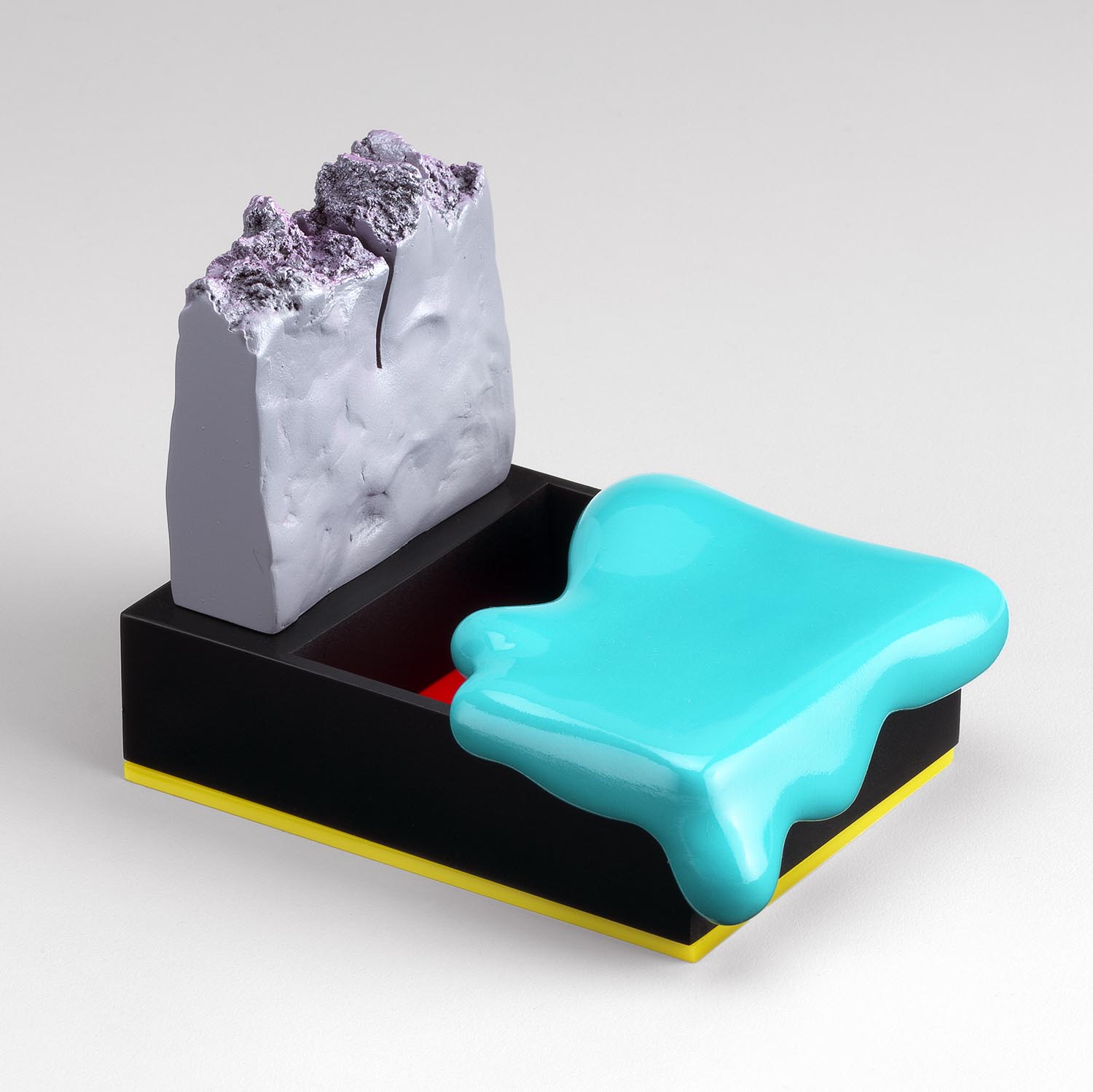 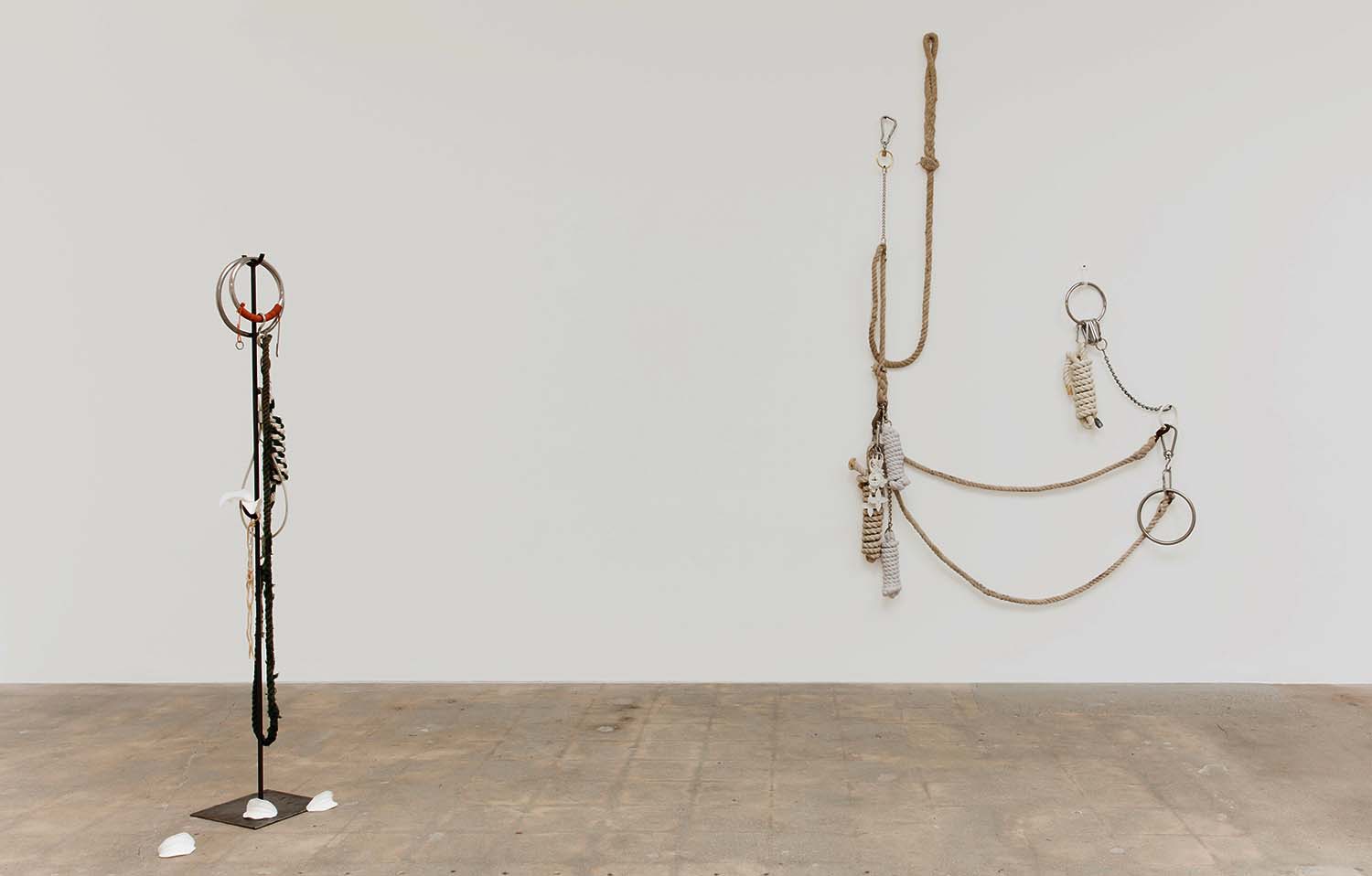 To be left with a mess: a pair of mangled headphones, a car to sell, arrangements to be made (floral,…