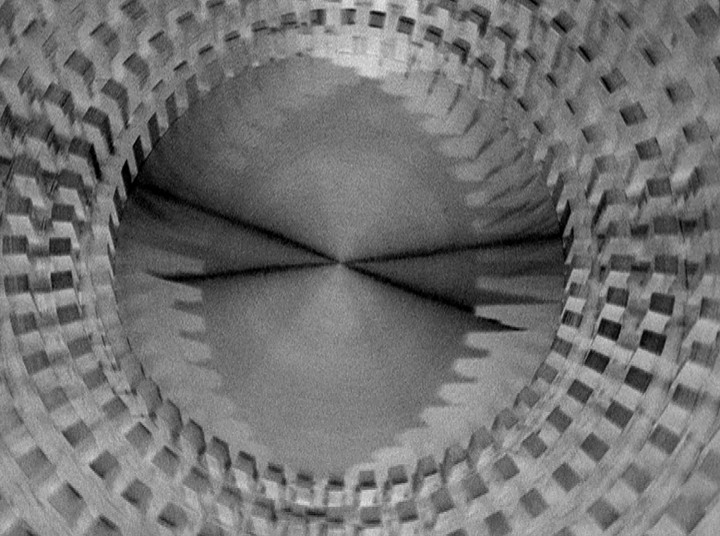 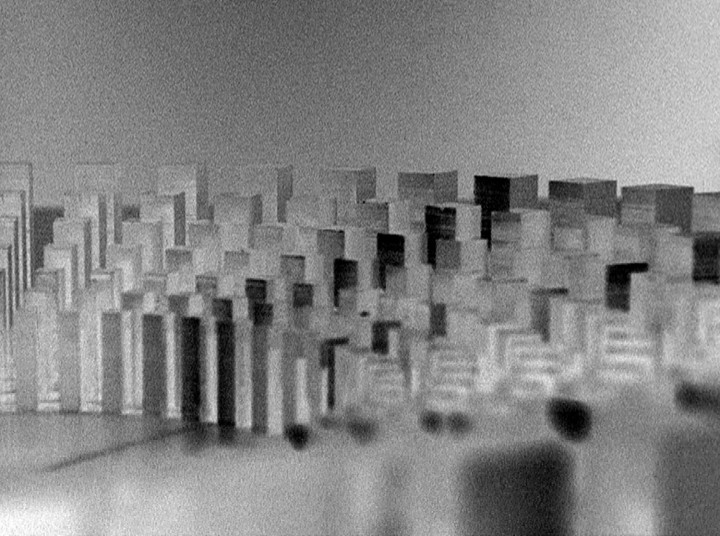 Philippe Decrauzat is known for his multidisciplinary practice. Shifting from one medium to another, his paintings, films, installations, drawings and sculptures find common ground in their complex geometrical compositions. Although often associated with abstraction and Op art, his work precisely amalgamates contrasting influences.

Decrauzat positions himself not far from a historian’s perspective, investigating the past in order to divulge the future. Creating bridges through space-time, the references in his work are abundant but always discreetly integrated and are never completely visible on the surface.

As in a game, the artist deftly collects his source material from eclectic fields: popular culture, scientific literature, graphic design, experimental cinema. A point of departure might be the logo of the punk rock band Dead Kennedys, the cover of a scientific review, the geometric carpet in Kubrick’s The Shining or the mirror paintings of Roy Lichtenstein. Decrauzat often distorts those found elements and sets them into motion, questioning the notions of perception and the status of the image in a passive poetic manner.

For “Anisotropy,” the artist is showing a succession of filmic sequences that take for their subject a scientific object produced as part of research on the misappropriation of waves. The object rotates on an axis and evokes the zoetrope, the early filmic animation device that produced the illusion of movement due to the persistence of vision.

Decrauzat invited New York–based musician Alan Licht to compose live over and in response to the black-and-white graphic images. Merging layers of perception, the audio-visual installation leaves the viewer in a state of consciousness in which sound, images and speed reverberate and meld into a single form. Reality is abruptly erased, only to become heightened through a synesthesia of the senses.

Turning exhibitions into experiential environments is one of Philippe Decrauzat’s specialties. Another is his use of optical illusions to describe…

After “Before and After Now,” held at the Victoria and AlbertMuseum, the Centre Pompidou in Paris is currently organizing a…

Following Philippe Parreno and Pierre Huyghe, this exhibition devoted to Dominique Gonzalez-Foerster is the last in a series of Parisian…