Turning exhibitions into experiential environments is one of Philippe Decrauzat’s specialties. Another is his use of optical illusions to describe volume and distance. Combining both of these practices in a deceptively minimalist installation of three paintings and one sculpture (all 2013) in Praz-Delavallade’s narrow gallery, Decrauzat laid compelling groundwork for a reconsideration of dimensionality and perspective across two- and three-dimensional artworks.

The first work encountered, Folding, is a site-specific sculpture that replaces the gallery’s entire back wall with a white-painted five-tiered platform. Architectonic but non-functional (too narrow for bleachers and impassable as a stairway), the sculpture grazes the ceiling at one end of the room and gradually slopes downward toward the far corner. Like pleats in a Japanese folding fan, the edges of the steps draw closer together as they span the wall, implying eventual convergence at a vanishing point beyond the gallery. Referencing the principle of linear perspective, Decrauzat’s three-dimensional orthogonals bring a two-dimensional optical illusion into the gallery’s physical space — if only to push it back out again, pointing past the realm of reality.

On the opposite wall, three paintings from “On Cover,” a series inspired by a moiré pattern that graced the cover of Scientific American in 1963, feature hallucinogenic superimpositions of red and blue curvy lines. Like the Op Art painters with whom he is often compared (François Morellet, Bridget Riley, Victor Vasarely), Decrauzat negates the picture plane with an illusion of volume and motion. Even a slight head-tilt in front of one of these paintings causes purplish waves to seemingly bulge or recede from the canvas surface. The paintings’ relative size and location further underscore the impact perspective has on perception. Scaled according to the gallery’s peculiar layout — a corridor that progressively widens into an open room in three distinct sections — the square paintings are each centered on parallel but noncontiguous stretches of wall. Recalling the notion of folded space explored in the facing sculpture, this installation of paintings also effectively links the viewer’s experience of a two-dimensional optical illusion to architecture and three-dimensional space.

Philippe Decrauzat is known for his multidisciplinary practice. Shifting from one medium to another, his paintings, films, installations, drawings and… 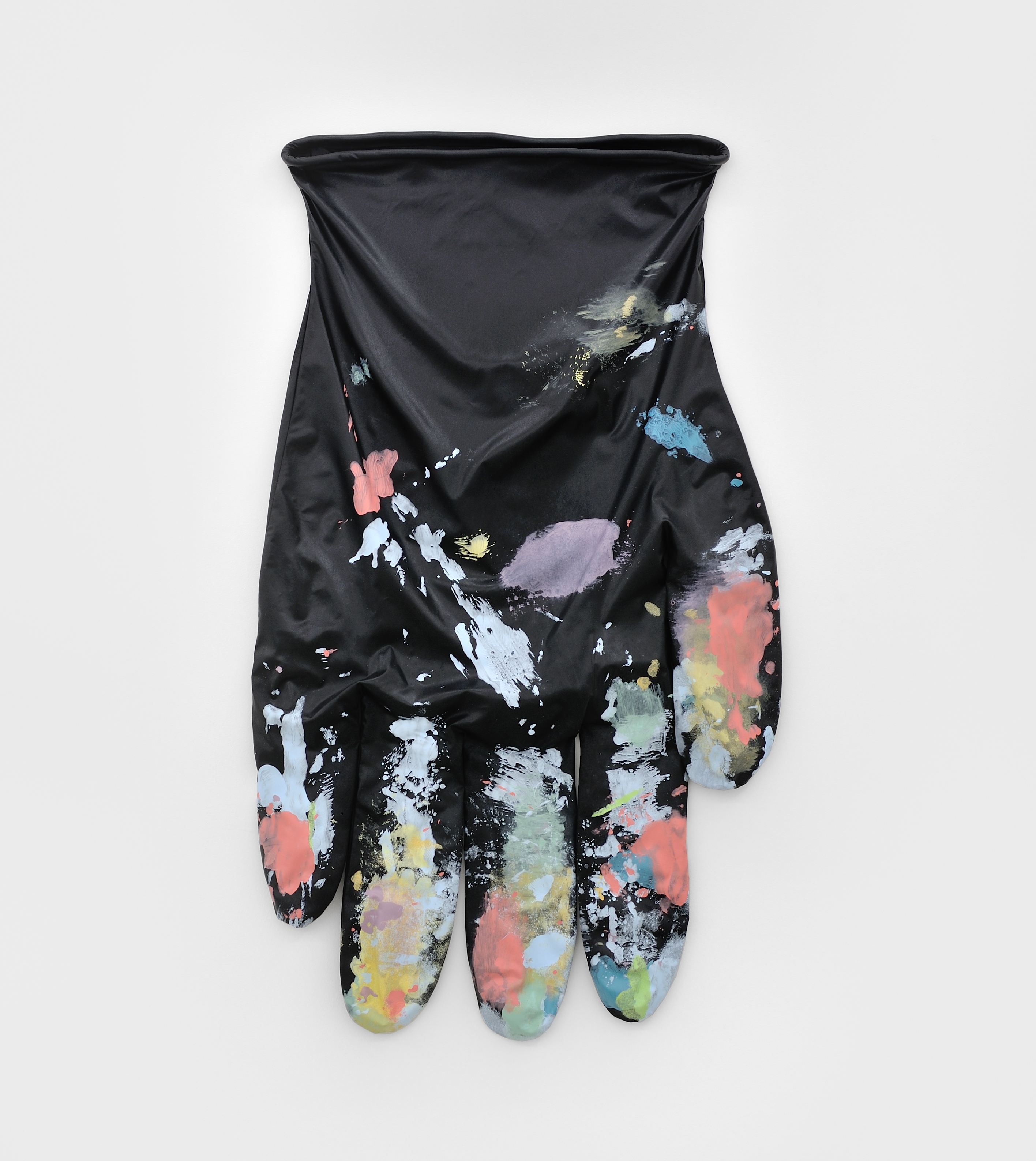 For her first solo show at Praz-Delavallade Gallery in Paris, Amanda Ross-Ho has gathered a selection of fifteen new works:…