At an epic six hours, River of Fundament (2014) is an operatic film that combines scripted scenes with three elaborate live performances that took place across Los Angeles, Detroit and Brooklyn between 2007 and 2013.Loosely based on Norman Mailer’s book Ancient Evenings (1983), the film sees the transmigration of the human soul as symbolized by three American automobiles that are ritualistically destroyed and transformed. The monumental sculptural “remnants” of these staged actions, along with a series of drawings, vitrines and storyboards, make up a large-scale exhibition at MONA. Traveling from the Haus der Kunst, Munich, this version is distinctly unique; Barney included fifty pieces from the museum’s impressive collection of Egyptian antiquities as a means of speaking to the Egyptian subtext of Mailer’s story.

Considering that the film will only be screened four times in Hobart and is inextricably linked to the show, the eight “storyboard vitrines” are an essential component and demonstrate the multitude of historic and cultural references at play. The delicate drawings also serve to map the project’s conceptual arc.

The sculptures reveal a new aesthetic sensibility in which the artist departs from his characteristic use of petroleum jelly and thermal plastic and embarks on an intense exploration of ancient and experimental casting processes. First and foremost a sculptor, Barney essentially translates the narrative of Ancient Evenings through a material progression, starting with base metals like iron and zinc, moving through the alloys to copper and bronze, eventually reaching brass. The blackened bronze Canopic Chest (2009–11)was cast with the remains of the front of the 1967 Chrysler Crown Imperial from the first act, while Crown Victoria is a zinc cast of the third vehicle’s undercarriage.

A highlight is four new sculptures created using a primitive water-casting process. The resulting cavity-filled “heads” sit atop MONA’s ancient Egyptian coffins, reminding us of the perpetual cycle of creation, destruction and regeneration that is at the core of this project. 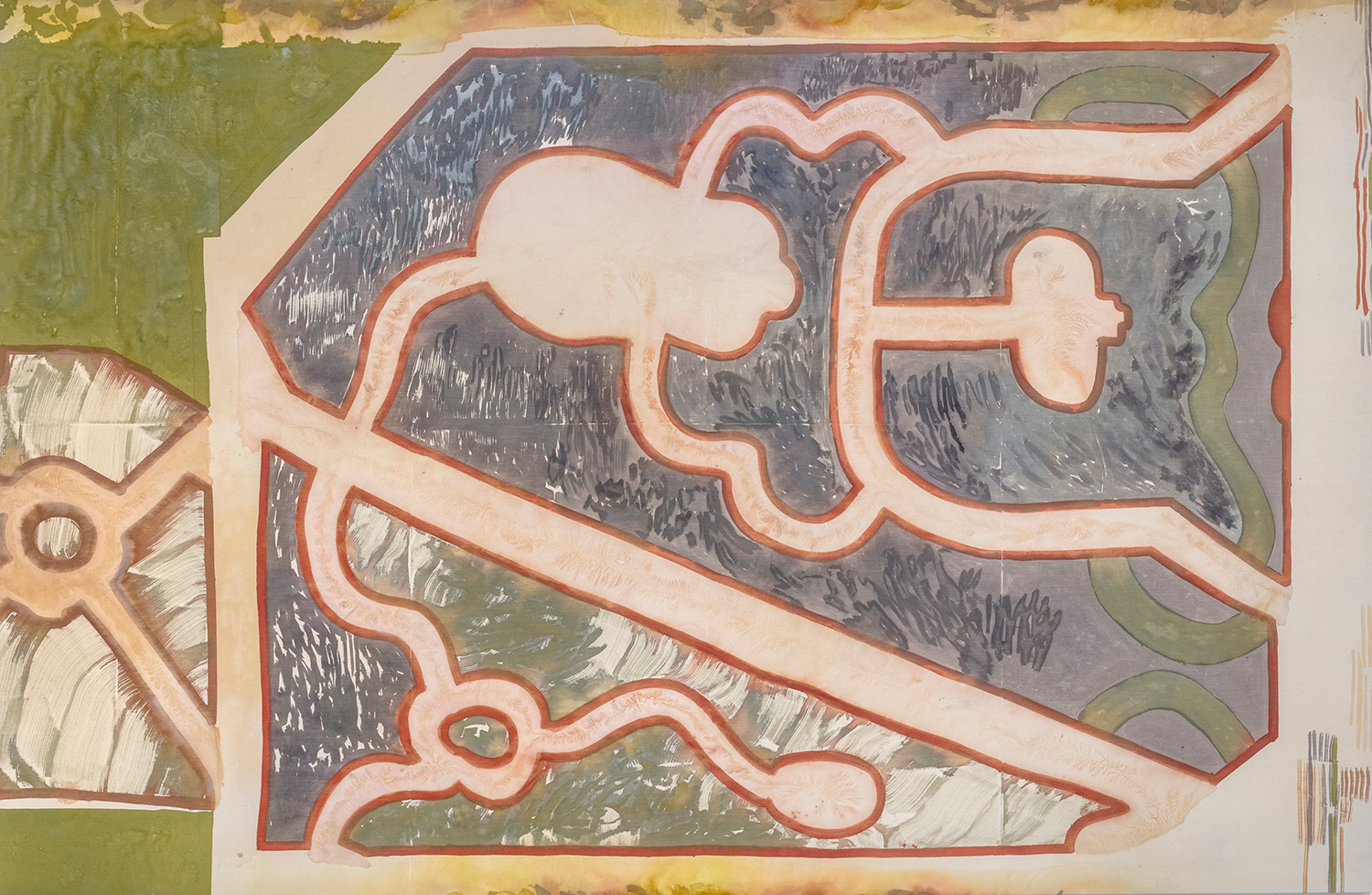