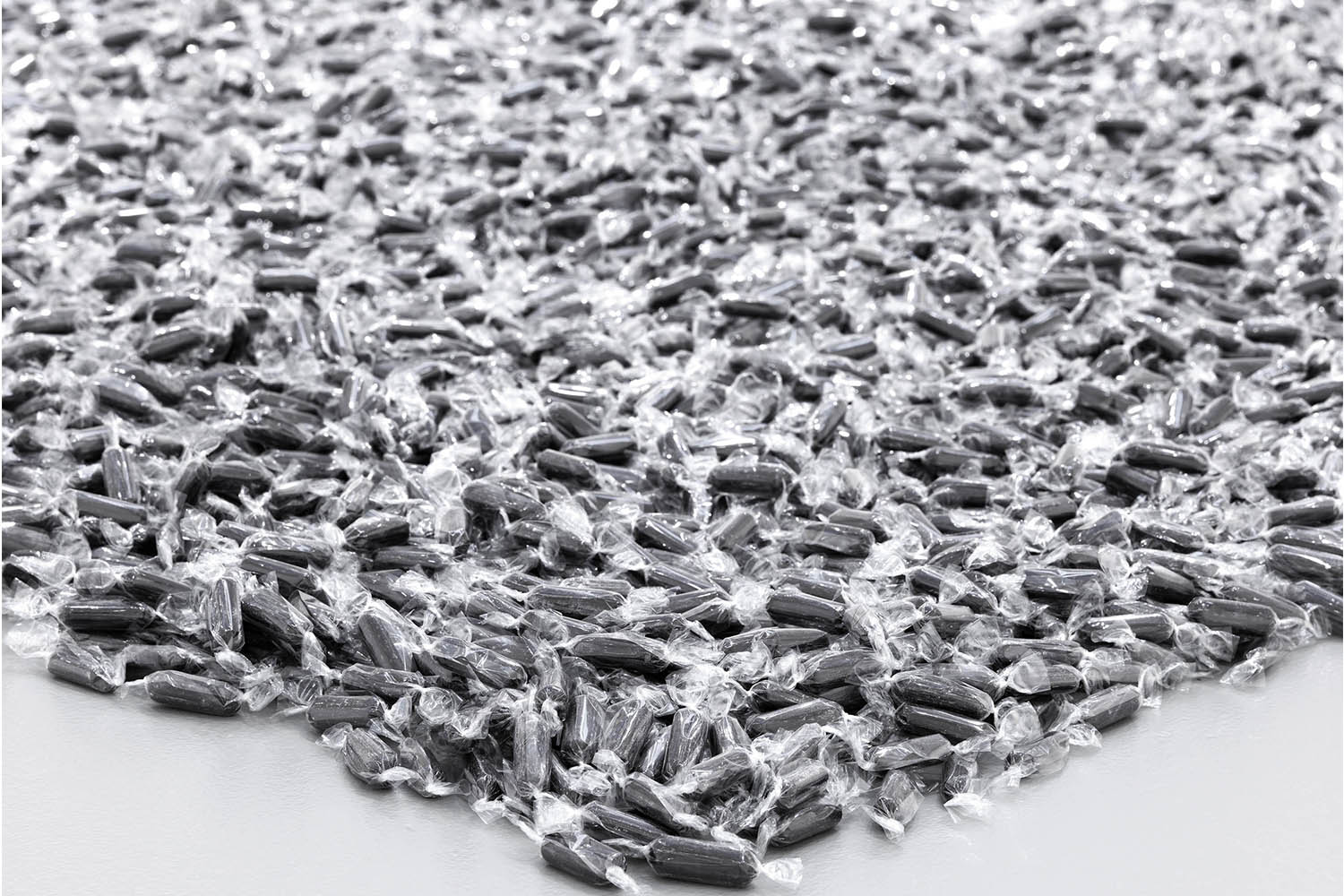 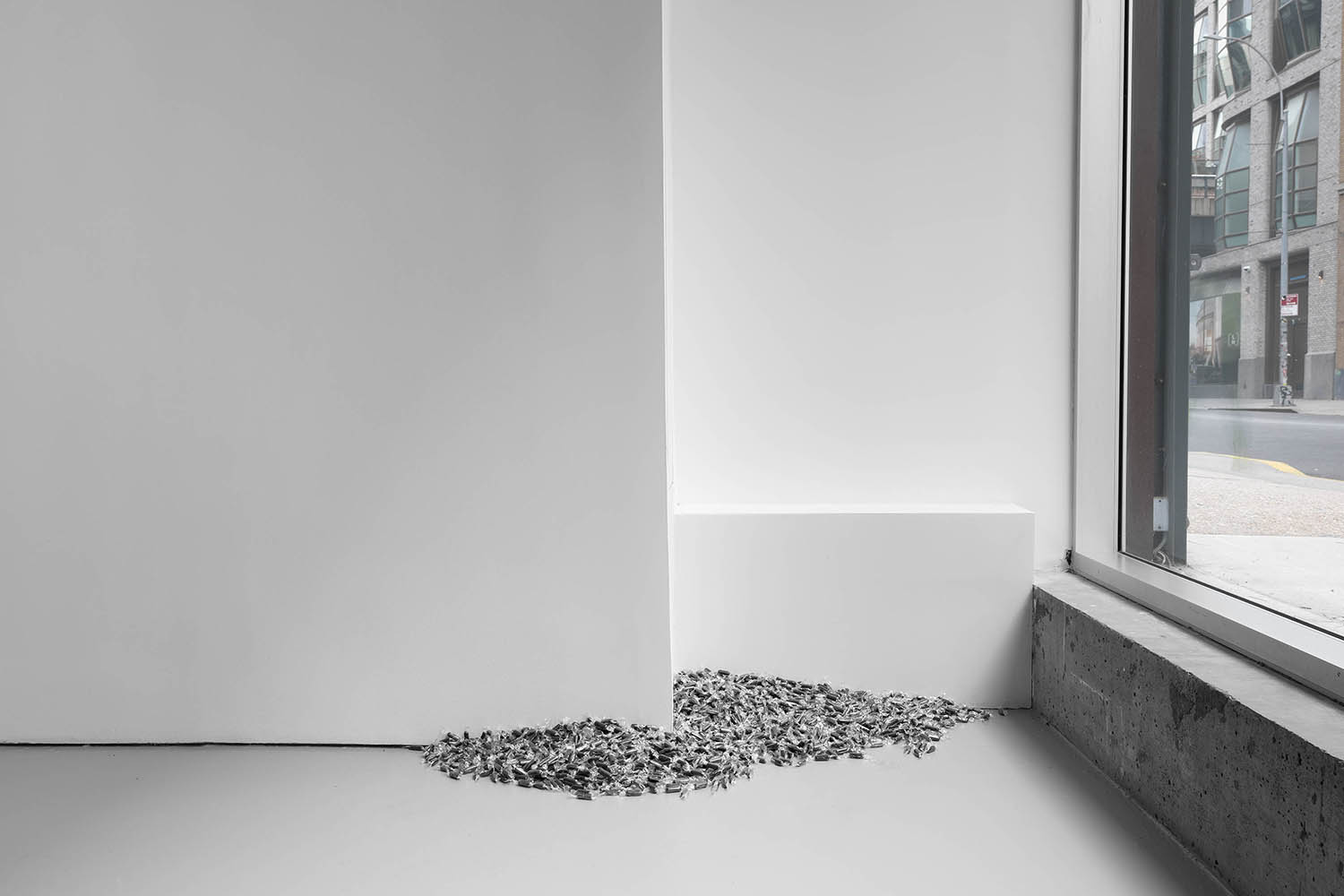 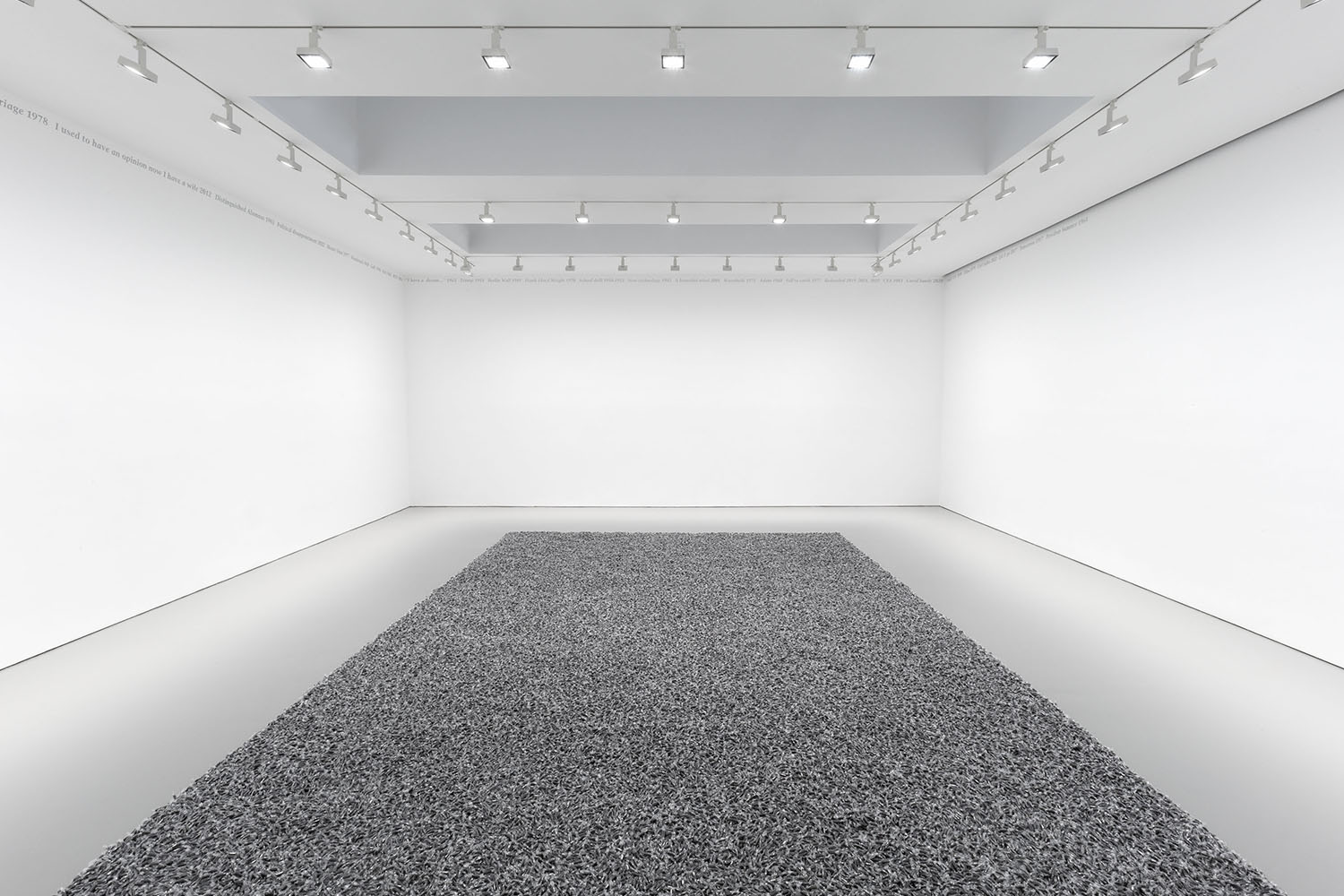 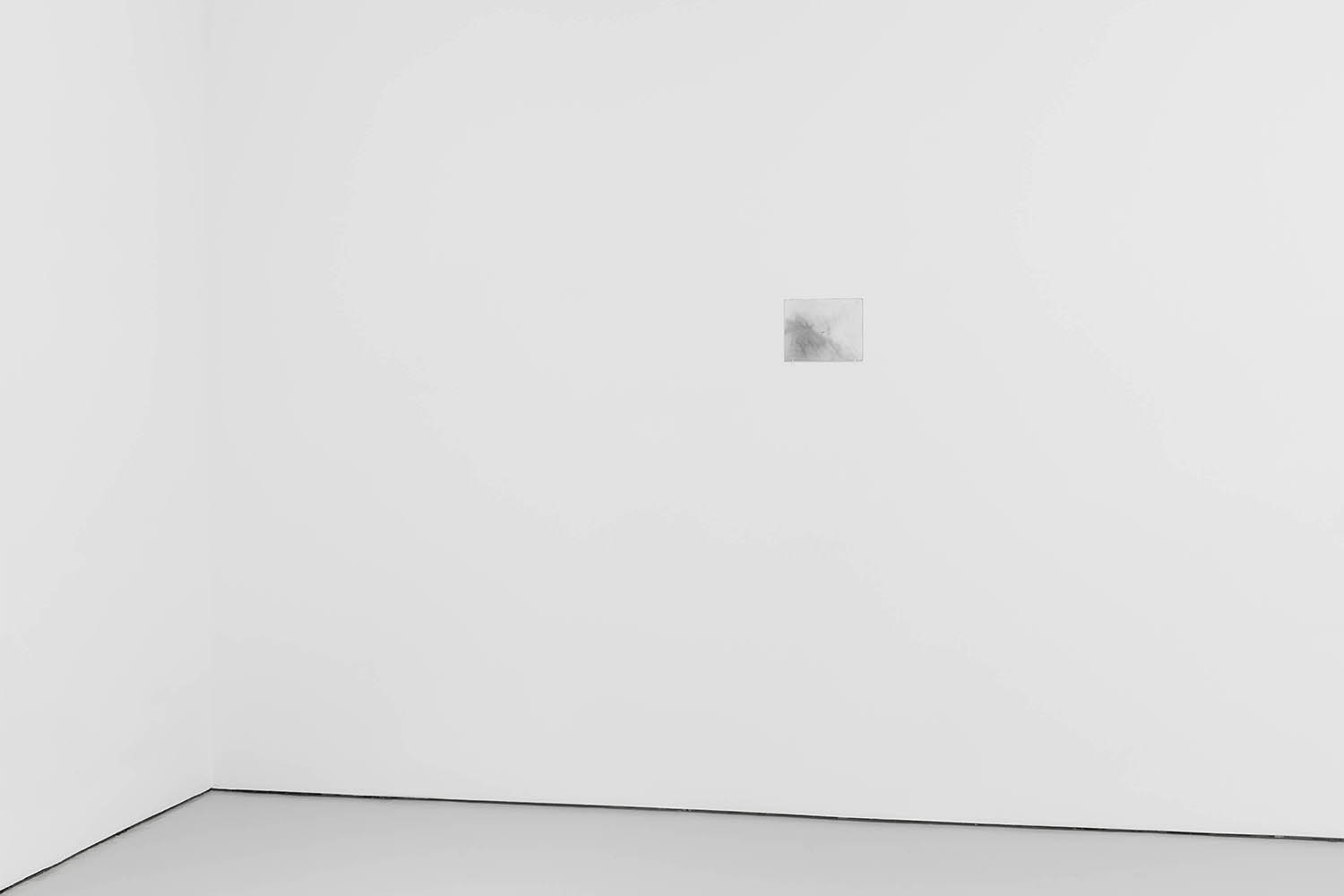 Untitled (1994–95) and Untitled (Sagitario) (1994–1995) are two installations that Felix Gonzalez-Torres had fully conceptualized, and which were scheduled to debut at a significant one-person exhibition at CAPC musée d’art contemporain de Bordeaux in 1995. For institutional reasons, the exhibition was rescheduled and ultimately never occurred.

Untitled is composed of two freestanding billboard structures, configured so that a viewer, when facing the work from either side, sees the surface of one billboard and the rear support structure of the other. Each bears a black-and-white image by Gonzalez-Torres depicting a bird flying beneath overcast skies—a motif that appears throughout the artist’s oeuvre. Though related to his well-known billboard works, which are intended to be installed in multiple and varying outdoor locations simultaneously, Untitled is an immersive indoor installation. Like the outdoor billboards, yet in a distinct way, Untitled reorients and creates complexity around the perceived boundaries between public versus private space. Another significant aspect of Untitled is its incorporation of timed sound and theatrical lighting components. This work accentuates the performative aspects of so many of Gonzalez-Torres’s works, while also diverting notions of the theater as a passive/escapist experience into an active/thinking one, calling into question the pretense of the fourth wall and the traditional roles of spectator and performer, subject and object.

Untitled (Sagitario) consists of two twelve-foot diameter circular reflecting pools, embedded and level with the floor of the gallery space. The pools are positioned to be just touching, causing a nearly imperceptible exchange of water. The motif of the double—and paired circular forms in particular—recur throughout Gonzalez-Torres’s oeuvre, and Untitled (Sagitario) may echo themes of the poignance of partnership, relationality, and queer intimacy within these works. At the time this work was made, the
constellation Sagittarius was thought to encompass two stars near enough to exchange gasses. Movement or vibrations in the space—or even the sound element from Untitled—may visibly resonate on the pools’ surfaces.

The possible movement of water between the pools is richly evocative—potentially of bodies in the cosmos, as well as the exchange of fluids between two human bodies. The latter association brings to mind notions of contamination, infection, and the specter of AIDS. In the middle gallery will be Untitled (Public Opinion) (1991), a candy work on loan from the Solomon R. Guggenheim Museum, New York. Listed at an “ideal weight” of 700 pounds, this work may be thought of as one of Gonzalez-Torres’s largest candy pieces, yet—like all of Gonzalez-Torres’s candy works—it can shift in scale, form, and number of simultaneous locations within and throughout each manifestation, in addition to potentially being affected by the audience’s interaction. 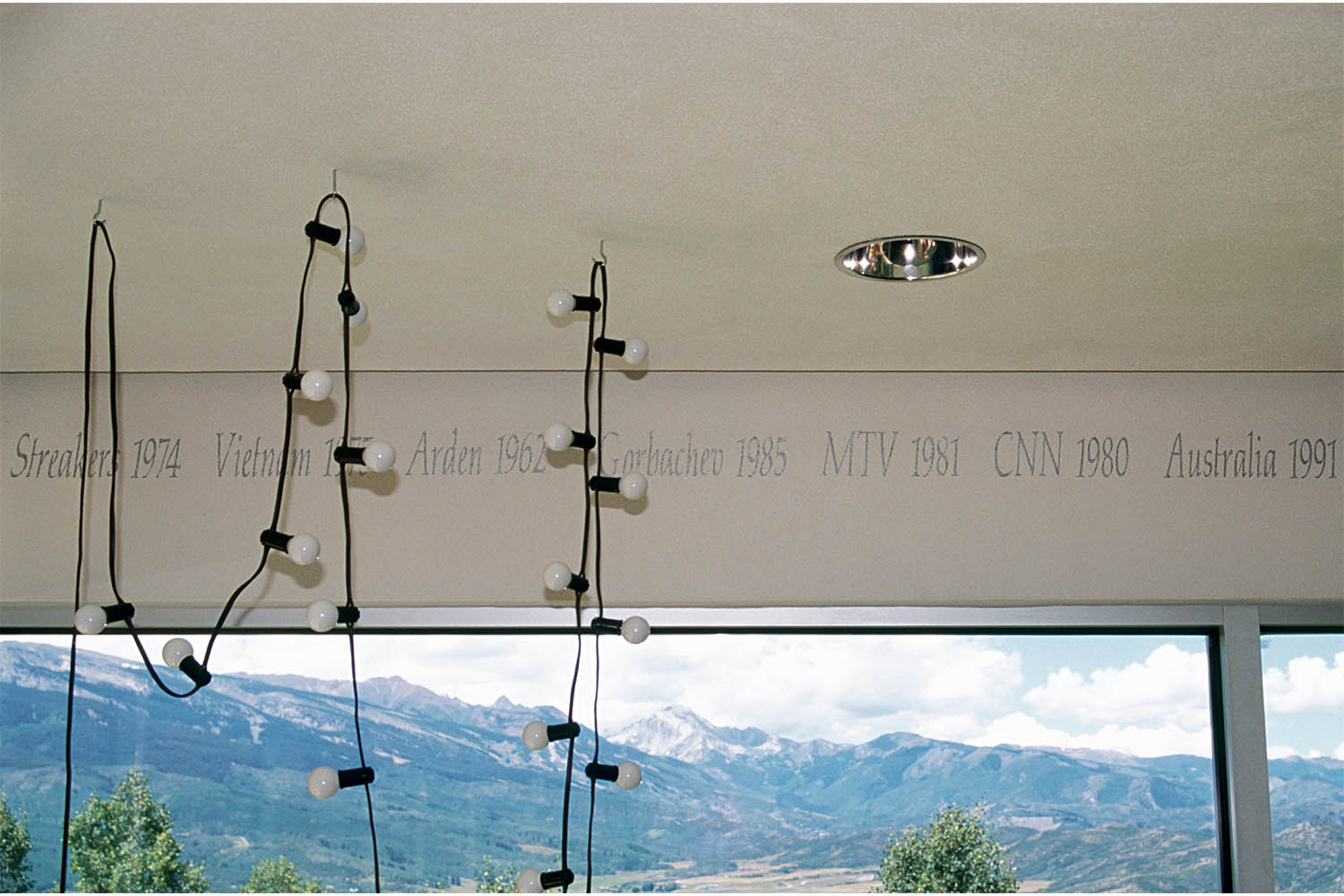 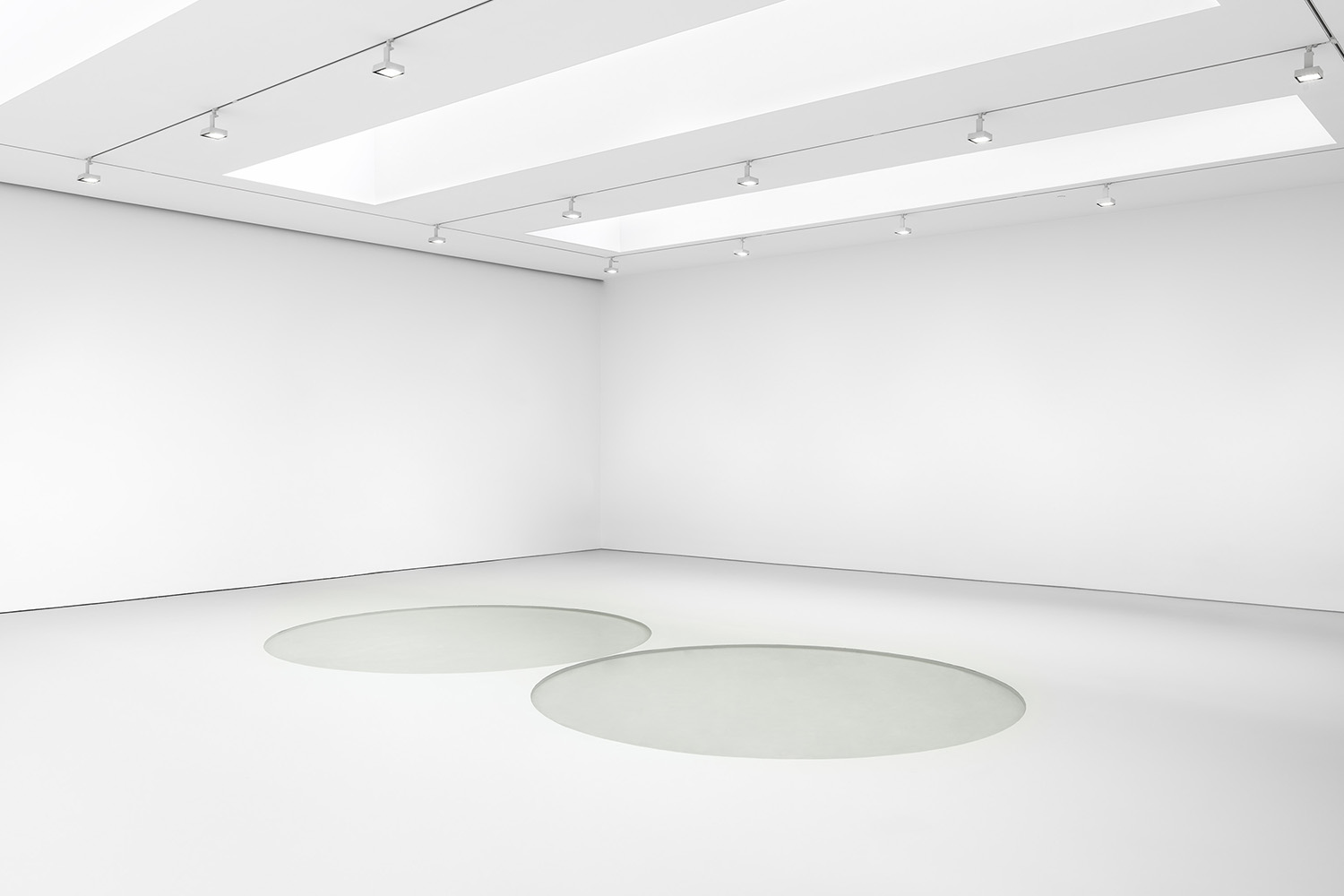 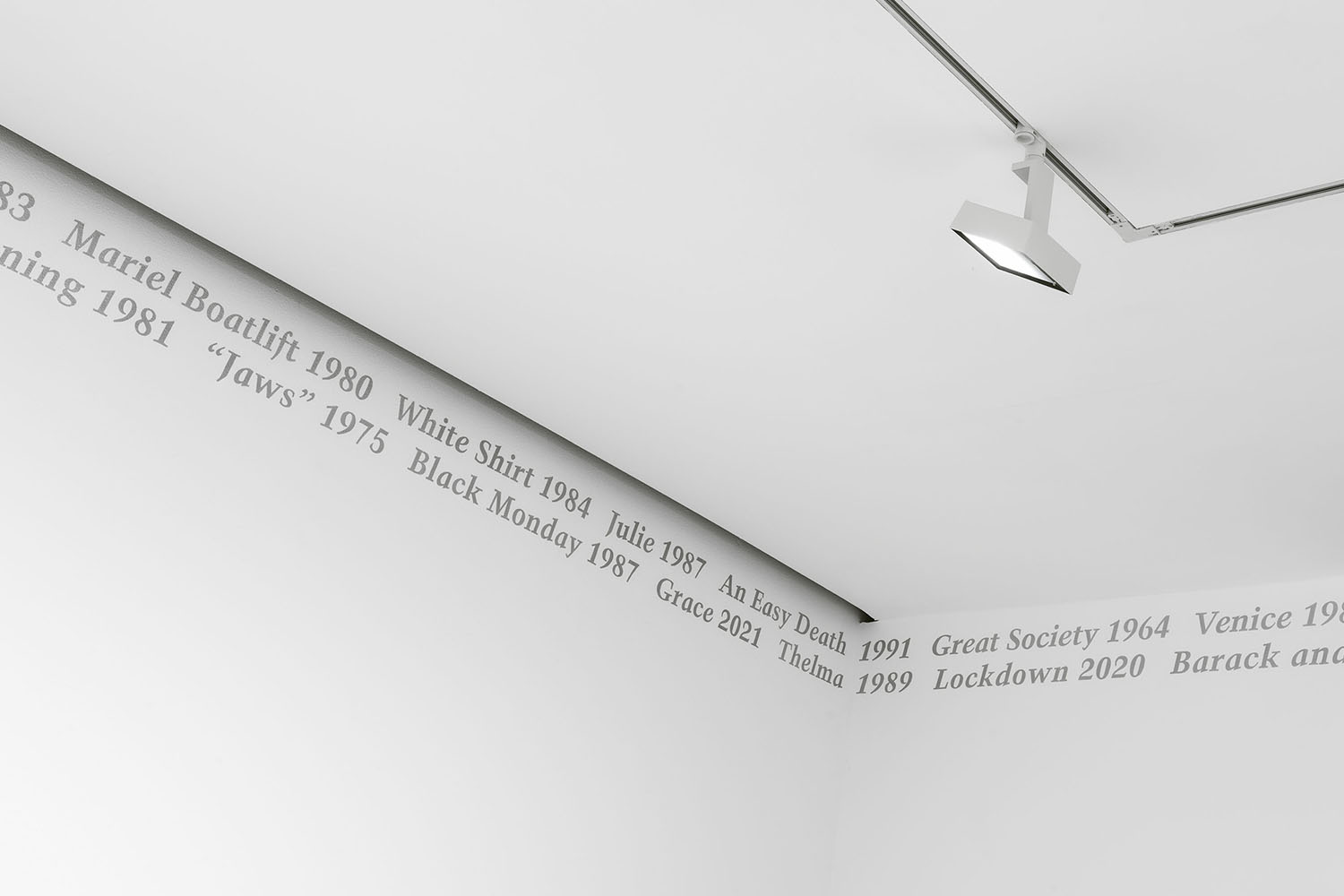 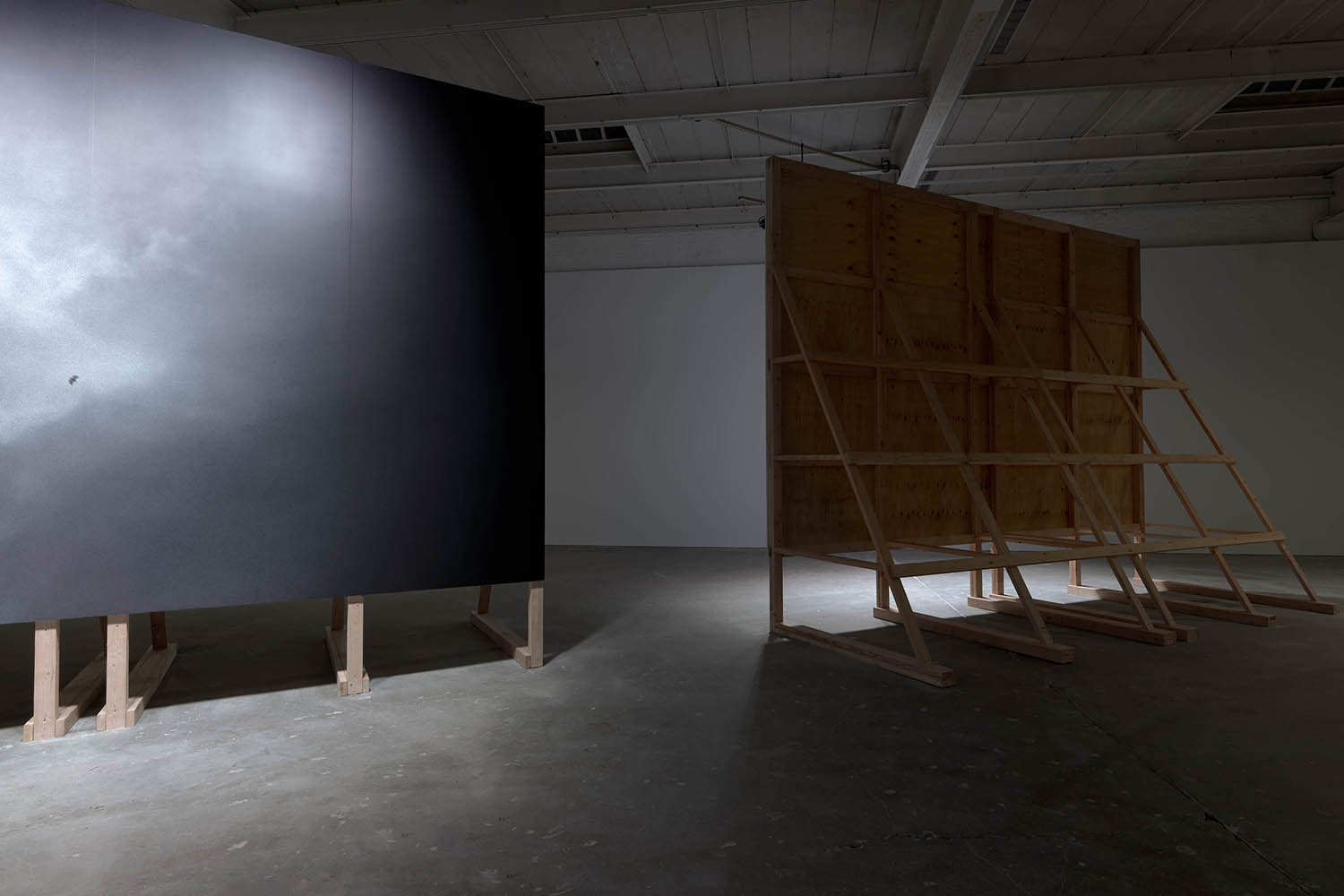 Composed of an “endless supply” of black candy in clear wrappers, its appearance also pairs with the clear water of the pools and the black-and-white images of the billboards, lending additional affinities to their presentation together. Untitled (Public Opinion) can be understood and experienced in a multitude of ways. Its form and title may summon up the diversity of points of view that comprise any notion of a “public,” or the profusion of information within a never-ending news cycle—as relevant today as it was when the work was made, as the work remains continually responsive to its present. While this work resonates with Untitled and Untitled (Sagitario), as these three works elucidate the artist’s remarkable ability to evoke the personal in the monumental and the sublime in the understated, its distinct form of engagement contrasts with those works’ experiential conditions. The works’ presentation alongside one another highlights Gonzalez-Torres’s interest in shifting ideas of what may be perceived as permanent and what may be perceived as malleable.

Each of the galleries will also present distinct versions of Untitled (Portrait of the Magoons) (1993), one of Gonzalez-Torres’s word portraits. The presentation of three versions of the work highlights its ability to exist in more than one place at a time, as well as underscoring the fact that at the core of the portrait works is Gonzalez-Torres’s intention that each manifestation be an opportunity for a new version, in which content could be added, removed, changed or rearranged, that is, to be perpetually mutable. As with all of Gonzalez-Torres’s portrait works, Untitled (Portrait of the Magoons) comprises short textual entries and dates that are presented directly on the wall in horizontal registers at “frieze” height.

The portrait works are the only body of Gonzalez-Torres’s work that were made in collaboration with the initial owners. When an owner manifests or lends a portrait, they may determine the version or versions that will be installed, or they may choose to extend the right to make a version to another individual with the knowledge of the specific, yet open-ended parameters of the work. In this exhibition, distinct versions of Untitled (Portrait of the Magoons) will be determined by Coco Fusco and Glenn Ligon, two artists whose expansive practices and interests dovetail with Gonzalez-Torres’s, and Nancy Magoon, who, along with her late husband Robert, are the portrait’s subjects and original owners. The operation and critical use of language constitute an essential aspect of Gonzalez-Torres’s work; with respect to the portraits, Gonzalez-Torres described a strategy of reversing the denoted and the connoted. The shifting content/authorship of the portraits over time also conveys a nuanced critique of representation and the perspectives from which histories are written.

As this exhibition delves deeply into the nature of the portrait works, David Zwirner will also present a new edition of its celebrated Program video series, hosted by Helen Molesworth, in which the three individuals who authored the distinct versions of Untitled” (Portrait of the Magoons) will be interviewed.

Through this special and intentional selection of works and the distinctive format in which they will be presented, this exhibition will afford new and reconceived approaches to understanding and experiencing Gonzalez-Torres’s art. In particular, the two large-scale works that have never previously been seen as they were originally intended by the artist will shed light on the evolution of key motifs and conceptual throughlines that animated Gonzalez-Torres’s practice; altogether, the exhibition underscores the constantly shifting methodologies Gonzalez-Torres utilized in order to inspire an engagement with the ways that change and questioning foster meaning. 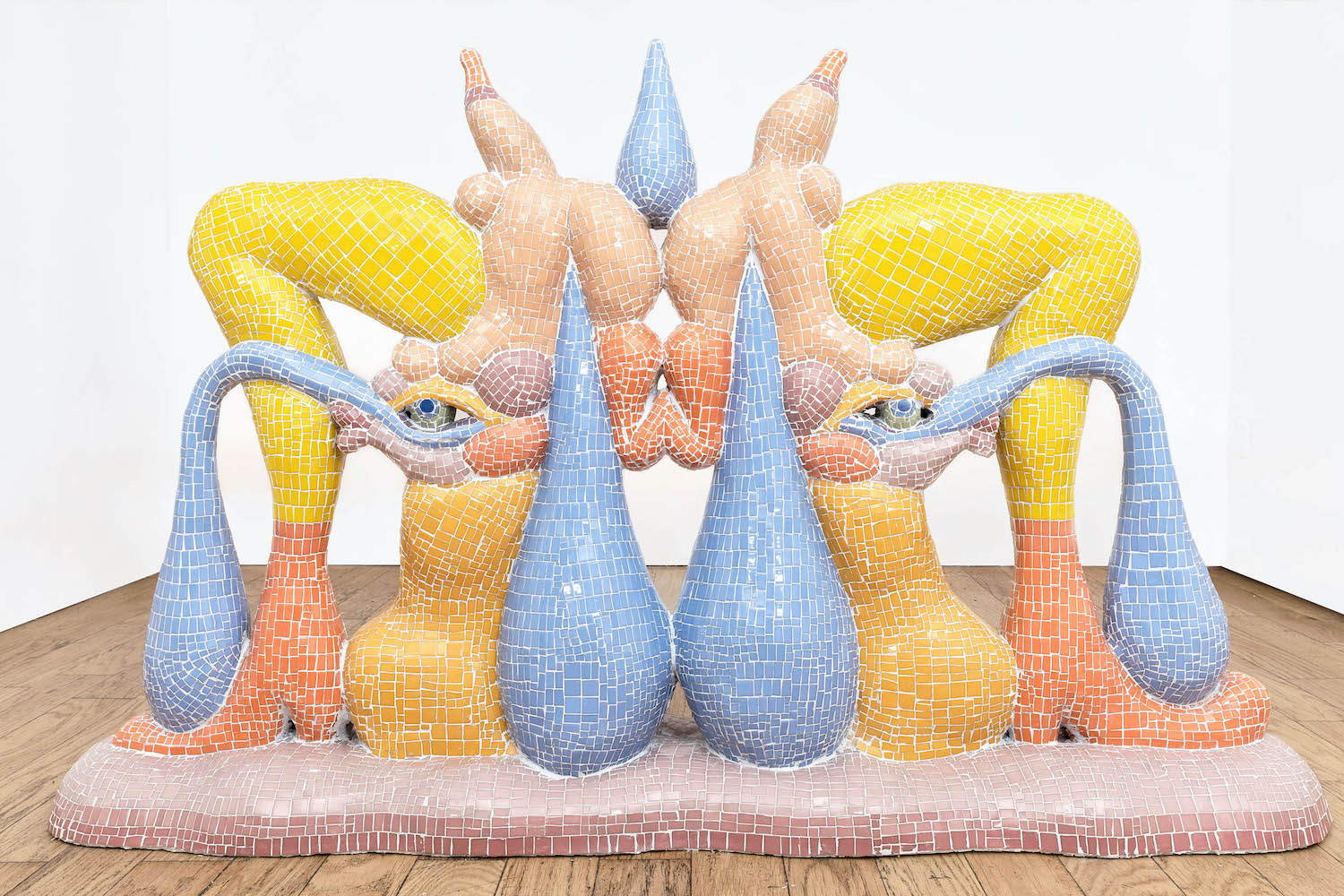