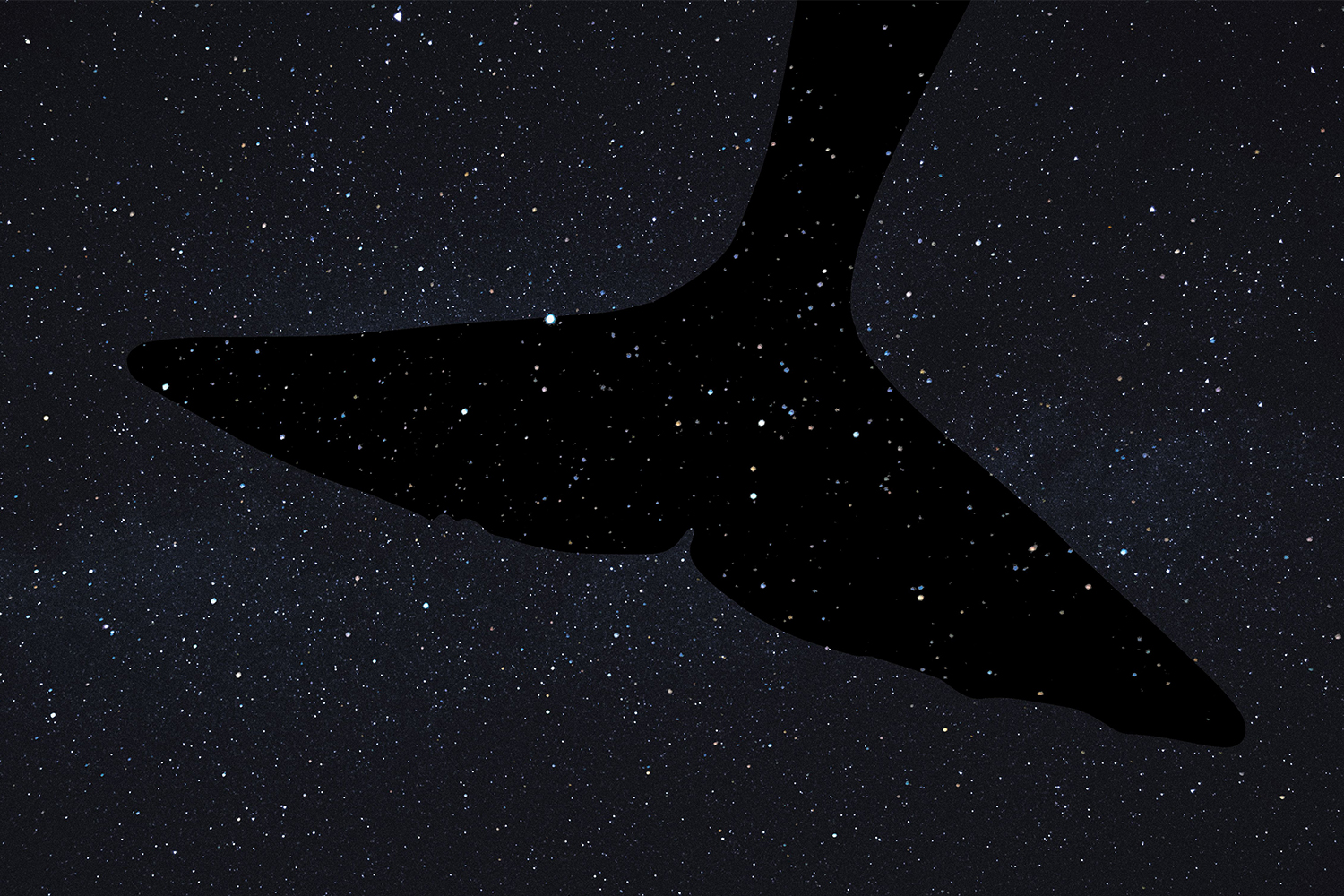 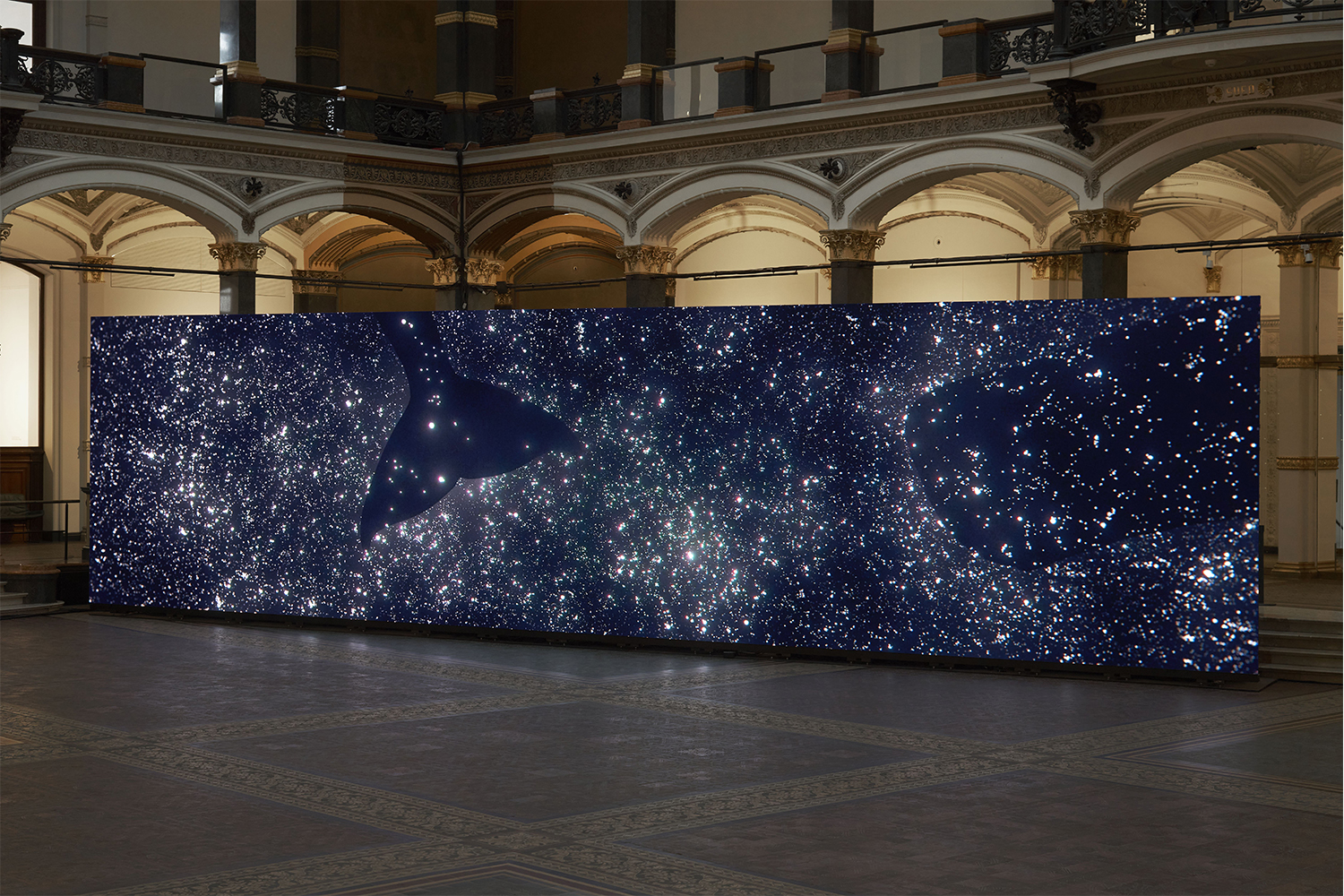 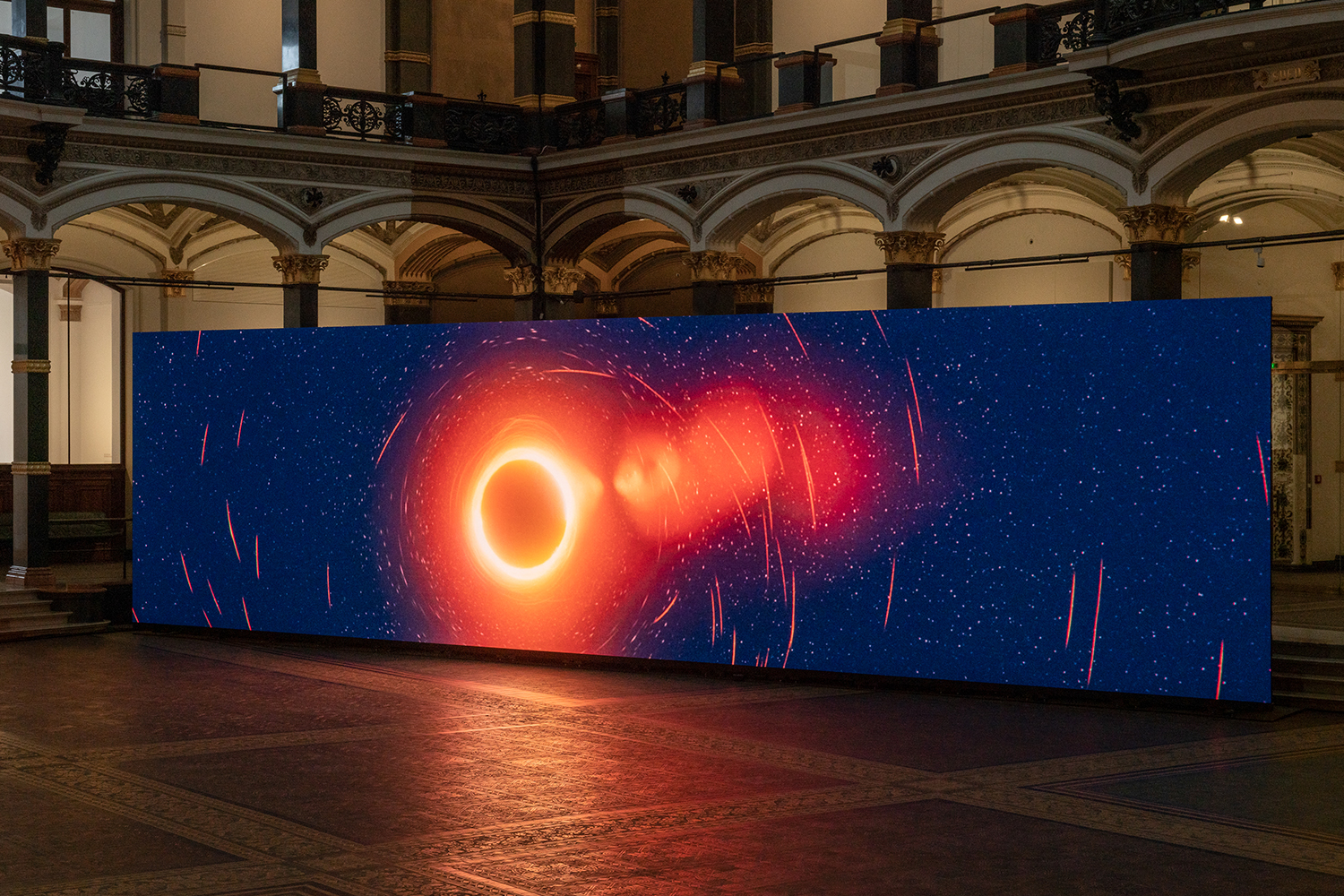 “Of Whales” is derived from Tsang’s multidisciplinary research around Herman Melville’s novel Moby Dick (1851). In the installation – first presented at the 59th Venice Biennale (2022) – surreal ocean environments are dynamically regenerated in real time by a virtual reality game engine. A 16-channel score blends horns, saxophone, clarinet and contrabass, unleashing a soundscape that fills the entire space. The musical compositions invite viewers to meditate on their kinship with aquatic species and states of natural flux.

As the Gropius Bau’s inaugural Artist in Residence, Wu Tsang was the first artist to move into a studio on-site in 2018. Her exhibition “There is no nonviolent way to look at somebody” (2019–2020) collated documentary film, photography, sculpture and choreography to consider the politics of migration and displacement within the crux of image-making. The link between space, politics and bodies has remained a touchstone of the Gropius Bau’s programming ever since.

“Of Whales” forms part of a filmic trilogy that includes Tsang’s feature-length adaptation of Moby Dick, the story of a captain’s obsessive quest for the eponymous white whale. Today, the novel can be read in the context of research on transatlantic enslavement, subversive maritime history and cross-species relations. “Of Whales” takes a different approach by imagining the story from below the surface of the ocean. Through musical collaboration and real-time technology, the work creates a poetic meditation on the whale’s perspective through a deep dive into an aquatic environment that alludes to Melville’s tale. Tsang’s installation mirrors the spiraling narrative structure of Moby Dick in a cyclical movement between cosmos and the surface. Sonically, the whales’ calls and whistles, combined with the work’s ever-shifting reflections, point to a world beyond anthropocentrism, just as the sonic frequencies of whales operate beyond the limits of human perception. 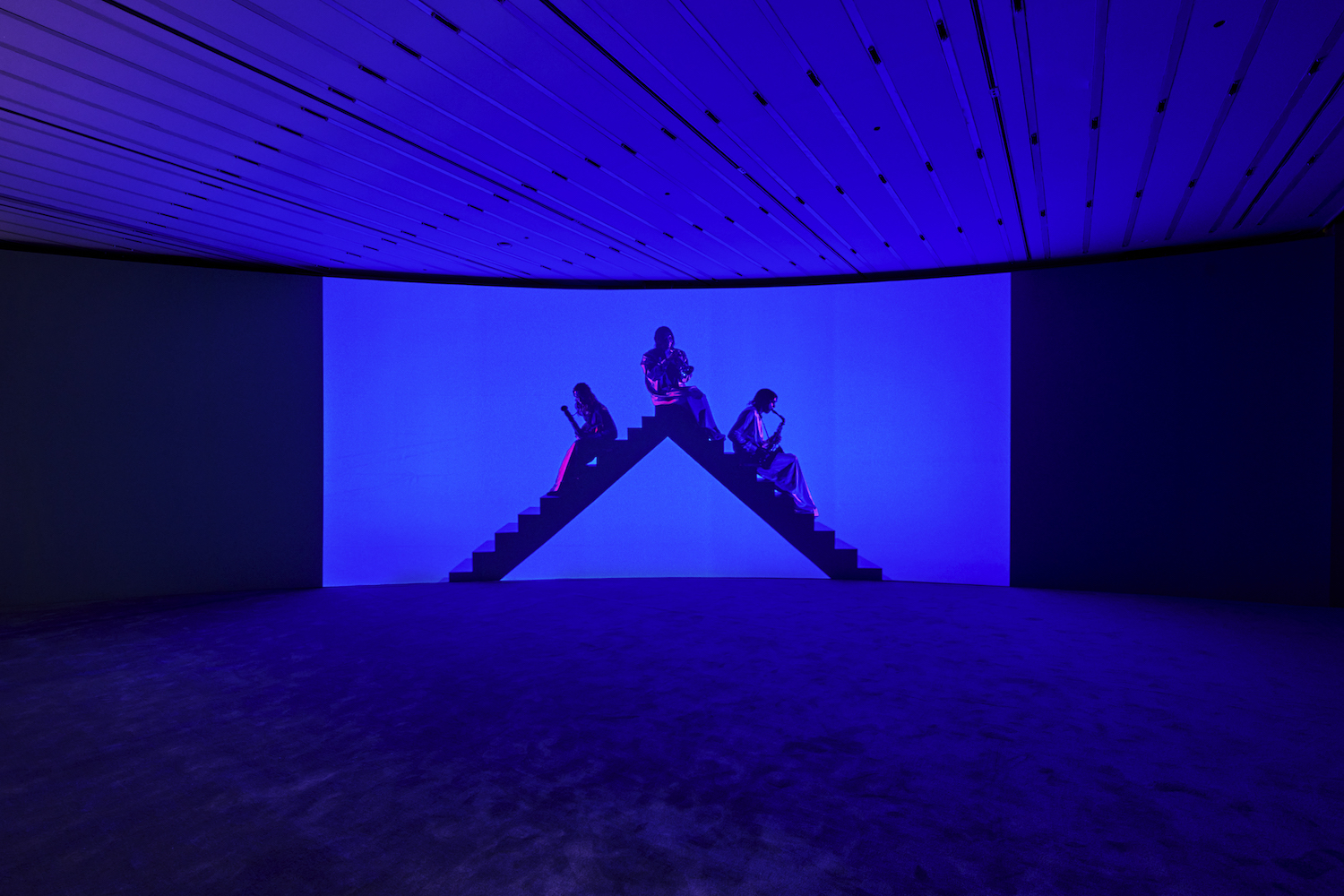 A good novel can give one a feel for an idea as if it were a flesh-and-blood person. In this…