To mention the words “digital” and “value” with regard to the art market now is to risk a particularly acerbic eye roll from one’s audience; watching the average price of NFTs decline by seventy percent, to the accompaniment of an insistent if not grating Clubhouse chorus, has left many of us weary.

Still, as the art world thunders ahead, bigger stones remain unturned, and many of the changes brought about by COVID and its aftermath have simultaneously become ubiquitous mainstays while remaining largely unassailed in terms of their pragmatic repercussions, their ripples extending quickly and heedlessly across global art.

Perhaps top among these is the primacy of Instagram not only as a tool for networking and brand building but as a means to discover and evaluate artists’ practices. With pundits, collectors, and dealers trading gallery and studio visits for the platform’s tiles, the question that remains is not a value judgment on the necessary digital practice but the question of value itself. As Instagram asserts itself as a universally regarded and engaged platform, there has yet to be significant ground broken toward building a reliable correlation between social media following and art’s — or more aptly, an artist’s — market value.

To even open this can of worms is a dizzying prospect, evoking the proverbial worm can’s literal image: markets and their values, far from monolithic, are closer to independent, squirming strands, difficult to wrangle and impossible to keep still. What’s more, it is a question that is particularly susceptible to sophistry; correlations at the top and bottom of art’s totem pole threaten generalizations that can lead one frightfully off track. Of course, one could point to KAWS’ or Beeple’s 3.3 and 2.1 million followers, respectively, and assert a linkage between value and following, using the logic that one’s public exposure — distilled into digestible digits by way of “followers” — is inexorably linked to market value, thus exercising a top-down principle that is, if nothing else, convenient to accept. For the more zealous, it could be suggested that this logic extends from the bottom-up too: newer, emerging artists aren’t as well known, leading to both fewer followers and lower market value. 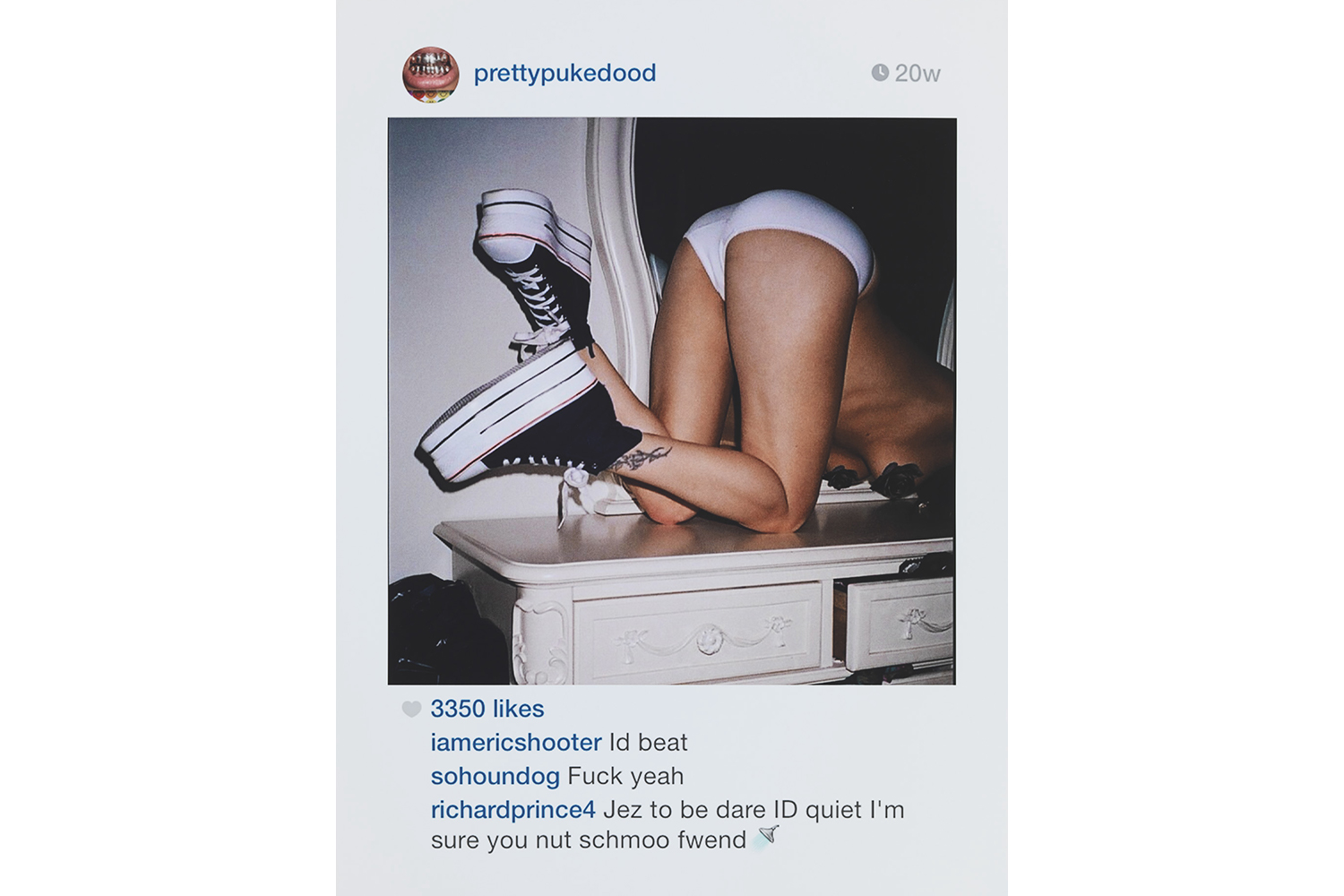 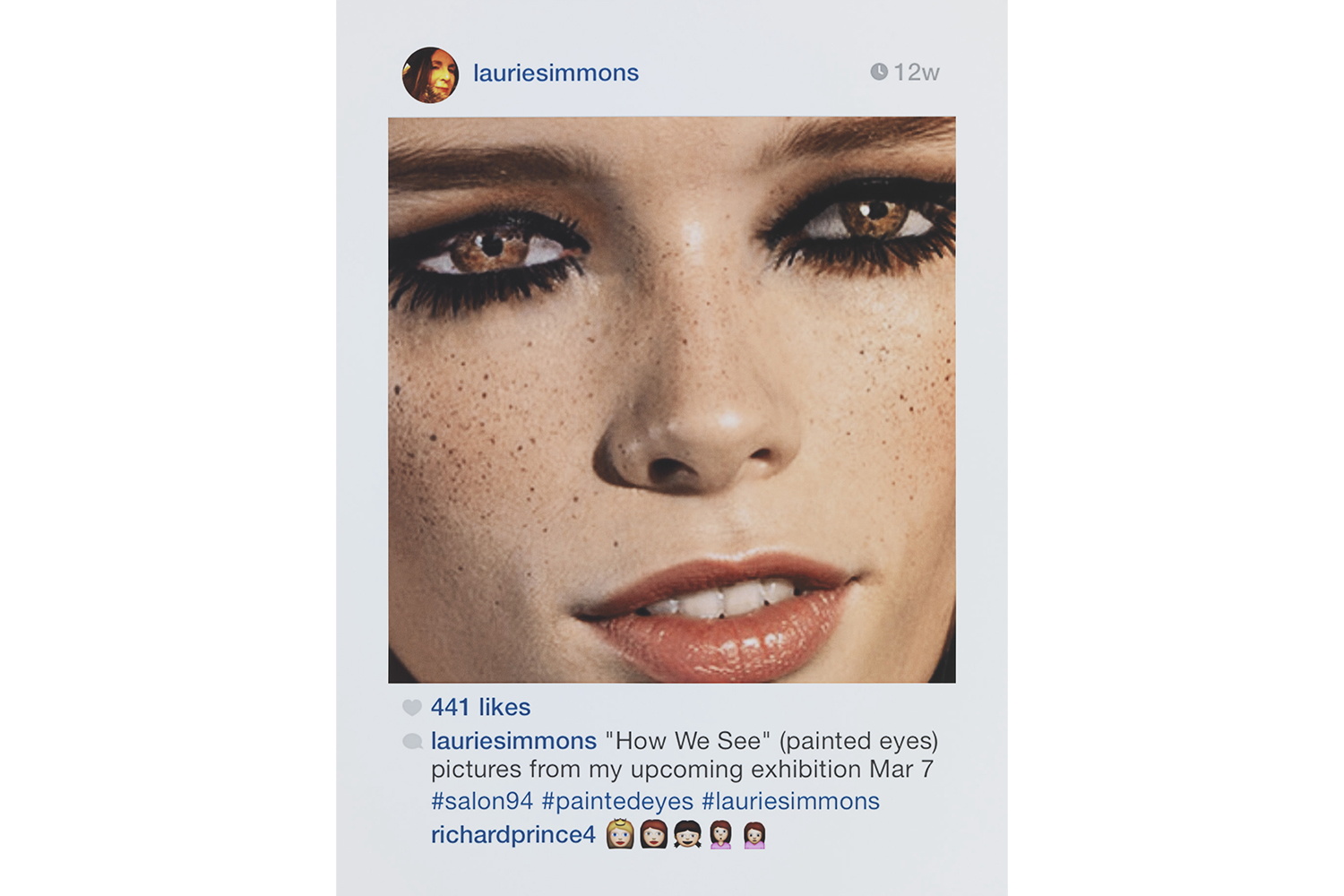 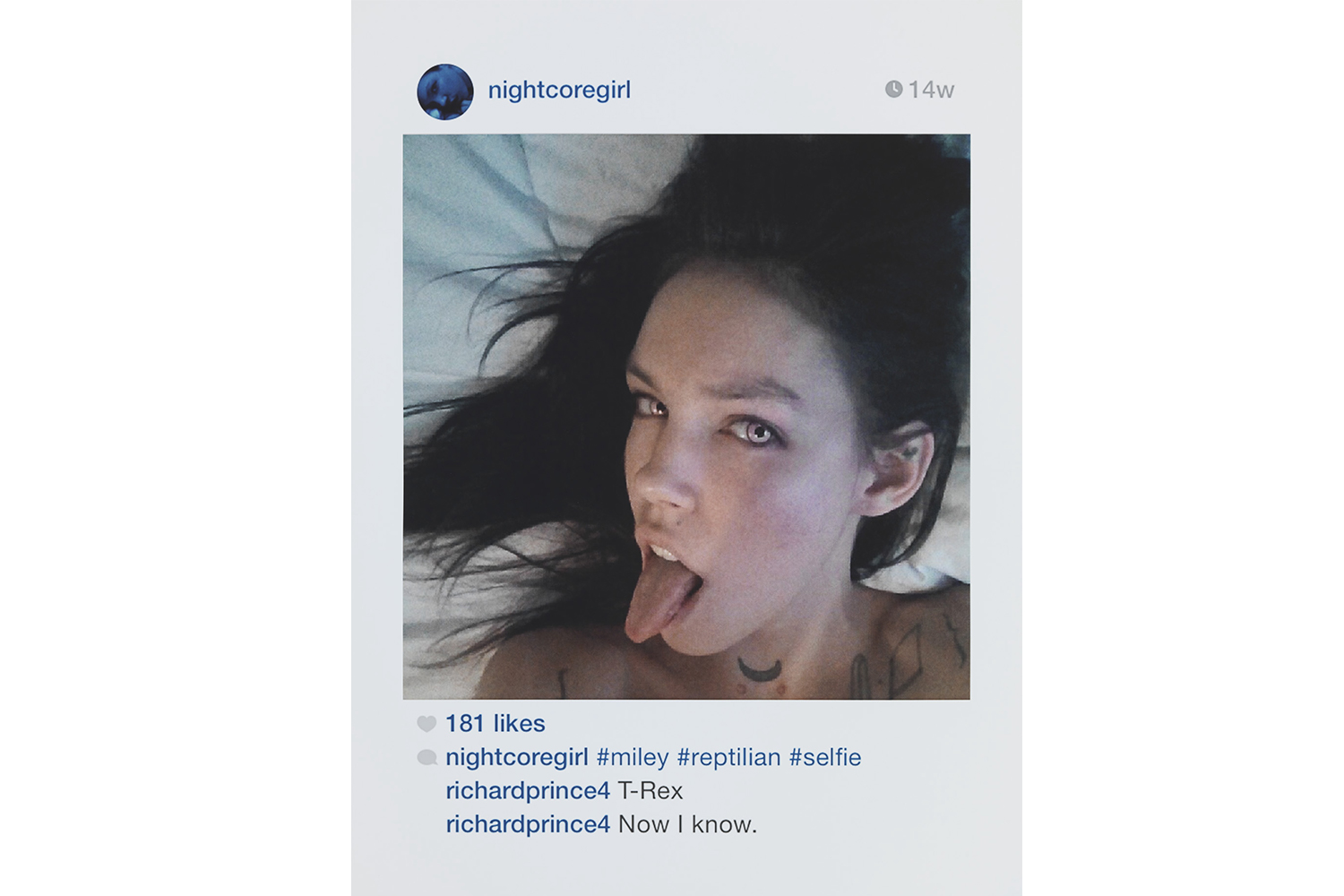 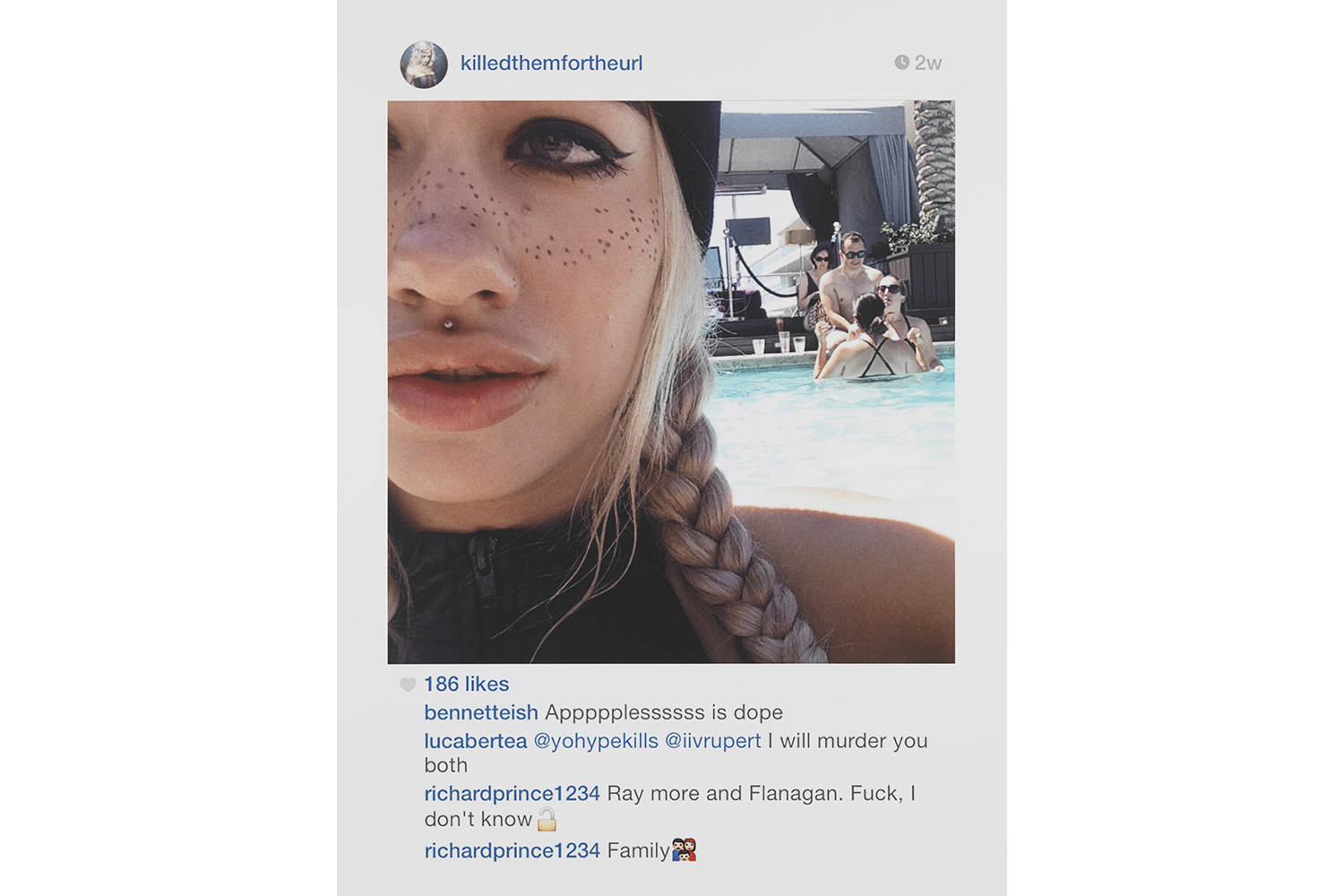 However, this falls apart at even the slightest scrutiny: of the ten most expensive works sold at auction in 2020, the two living artists represented — David Hockney and Brice Marden — have one functional Instagram account between them. Marden’s personal account has fewer than six thousand followers, replete with corrections on posts from his daughter, gallerist and artist Mirabelle Marden (who, incidentally, has more followers than her father). True, the account is not particularly well tended, but Marden, who turns eighty-three this year, no doubt gets a pass on digital exceptionalism. The fact remains that this thinking forgoes notions of digital efficacy on the part of the artist, while making a host of assumptions about how value is allocated to begin with. But further presumptions aside, Instagram is not a platform where artists and their markets merge seamlessly; the “following-fame-value” tautology, which is fragile at best, is quickly busted.

However, here emerges a more pernicious mode of thinking, which itself bears the question that lies at the heart of this conundrum.

It’s easy to assume that despite Marden’s (and like artists’) social media failings, this correlation between Instagram following and market value is true in the main, not least because followers can act as a generator of monetary value, making the equation little more than a self-fulfilling prophecy. Indeed, the primary trouble with finding a correlation between Instagram following and market value is that it is not entirely clear what kind of value that following confers, if any at all. Depending on your constitution, this may elicit either a scornful disavowal or a receptive appreciation, but either way, it provides the makings of a devilish riddle. Of course, were the Instagram universe to be designed fairly, the expressed “support” of a greater audience (and by extension, collector base) would increase the value of a given work — but the art school students racking up tens of thousands of followers, only to sell work off for relative peanuts, muddy this logic. In turn, this neglects the veritable success of those artists fueling the $12.4 billion dollars spent on art purchased online in 2020, who have watched their real-world stock rise in digital terms by no means exclusive of the platform.

Amid this muddle, two quantifiable metrics emerge to signify the true generation of value for those wedged somewhere between the polarities of established and emerging, reflected in Instagram terms: the maturity of an artist’s practice and the photogenicity of a given work.

While art school-chic students may be able to cultivate thousands of followers, this itself confers little value to a nascent practice; success born out of medial acumen bears little reflection on one’s art. This too is often borne out in content — the congenial navel-gazing that is at once production’s nightmare and social media clickbait is often endemic to the accounts that produce such inflated numbers. Still, those artists who demonstrate more perceptibly mature practices — in real terms, those who use Instagram as a work-first platform, and do so to establish recognizable practices and styles — are able to capitalize on followings that are driven by recognition of the art, not the artist. While these followings may be smaller, the audience remains more actionable, accruing value for the artist’s work.

The second metric is the ease with which an artist’s (or profile’s) work is made entirely viewable, and thus digestible, on the platform. Work that can be viewed in its entirety through Instagram’s ratioed aperture streamlines the journey from platform to purchase, forgoing the necessary qualifiers of cropping or detail shots, making the work all the more easy to visualize, and thus a more palatable prospect to collectors. Not to be misconstrued for suggesting that Instagram-able art bears some kind of intrinsic worth, the relationship between viewability, following, and value is not dissimilar from the advice often proffered to emerging artists to make smaller (read: sellable) work: the easier it is to imagine adding a given work to one’s collection, the more likely it is to be bought.

Multiply this logic until it encompasses a digitized global art market, and it only follows that the more easily approached and complete the work that has garnered an artist’s following, the more likely it is to suggest sincere interest that can be reflected in value.

These terms of evaluation are far from perfect, but they do provide an entryway into the thorny brush of art appraisal. Still, one need only begin on this path before a more quixotic question arises: what is the value of an artist’s likability, and how does that factor in value assessment? An artist’s charisma has long played a role in their art world import, but as cults of personality are created and sustained on digital platforms daily, they have increasingly become inseparable from the artist. As an audience, we must increasingly disentangle publicly performed process and person from finished product, the difference between labor and its fruits increasingly blurred by public visibility. Instagram here proves only a lesser demon; TikTok in particular is a much more fertile ground for entirely dissolving boundaries between the artist, their processes, and their work.

Take, for example, the meteoric growth of London-based artist Sam Wootton on the platform. The recent graduate has amassed more than 72,900 likes on his videos detailing his painting process from his bedroom, while still yet to accrue much by way of an exhibition history. Wootton is by all counts a bona fide artist, or certainly as much as any other graduate beginning to find their way, but one must ask if this is simply akin to the influencer-artist hybrid which is so easily discarded above, or something altogether different. Despite Wootton’s model good looks and dulcet narration, the focus of the content remains the production of a piece, not simply that of his art-adjacent life, more glamor than gouache. With this in mind, it is perhaps Wootton’s insistence on this dynamic that has left his recent viewership numbers looking much more pedestrian: his three most recent videos have fewer than a combined two thousand views. Still, it is only a matter of time before both TikTok’s users and creators coalesce to propel an artist to public stardom — and we are left to entirely rethink our conclusions.

Instagram, TikTok, and whatever is surely to come have far from played themselves out, and are only beginning to establish their points of intersection with art appreciation and purchase. Yet the value in their interrogation will stand us in good stead as we look toward the future; for one thing, we can perhaps all agree that these conversions are not going to become any easier. 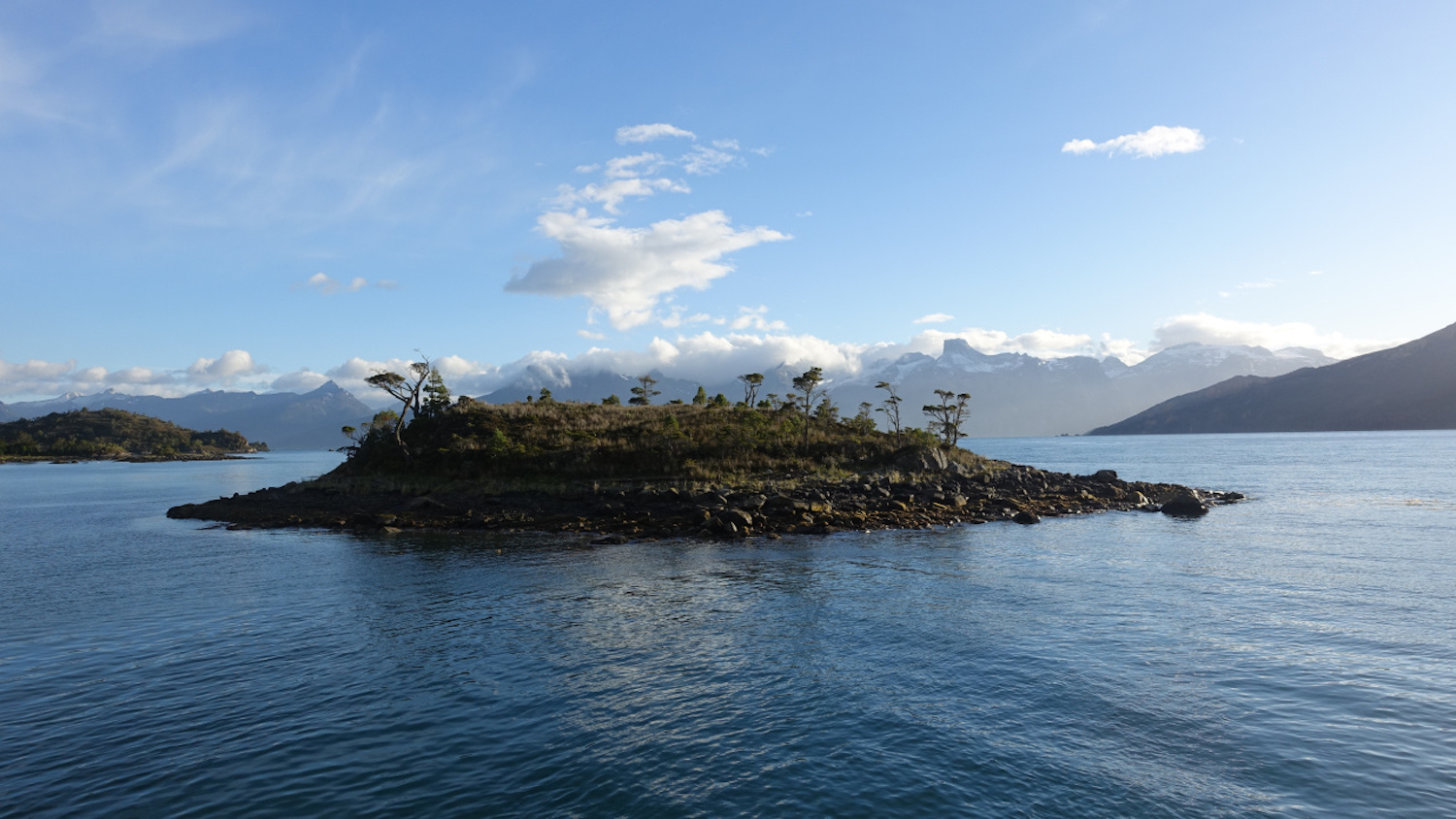 Long ago, literary and art critics observed a parallel between artistic representation and the monetary system. If naturalism conformed to…