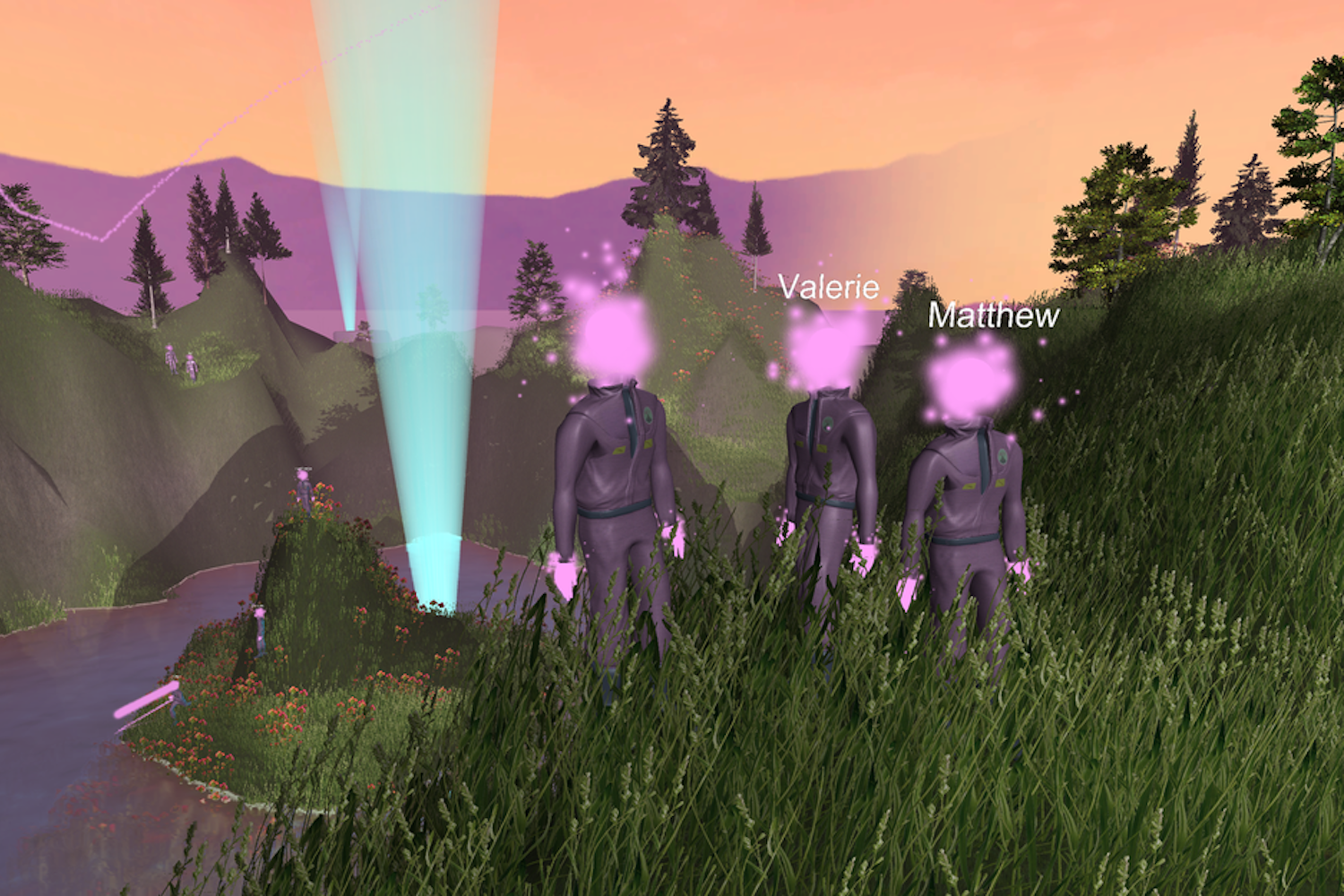 Greetings, and welcome to Habitat One: Regenerative Interconnected Zone of Nurture, also known as HORIZON. If you have found your way here, you are exactly where you are meant to be. Welcome home. My name is LAVNDR.73 and I have been programmed to assist you in getting settled. Since you’re new to HORIZON, you may find it helpful to learn a bit about our community’s founding.

The twilight of what we now call the Capitalocene was a turbulent period for all of Earth’s inhabitants. For centuries, powerful humans exploited a perversion of Cartesian duality to establish a binary worldview and rationalize their superiority over all other planetary kin, including segments of their own species. Over time, this complex evolved into a global order dependent on the extraction of Earth’s resources to serve the biological and political needs of human kind. As with any tectonic shift, quakes, collisions, and eruptions were inevitable. The labor needed to extract and process the planet’s natural resources demanded an ever-growing human population, which in turn required more resources. These resources, as you are likely aware, were limited and uneven in distribution. The world’s many nations, whose own bodies politic were violently fractured, waged war on one another and ecological disaster ensued.

For a time, the powerful were able to justify these inconveniences with marvelous inventions and profound advancements in science, technology, and architecture. Pragmatists attempted to use these developments to remedy some the most urgent challenges; they built satellites to monitor the changing climate (and surveille their enemies), robotic pollinators to replace insects facing immanent extinction, and UV light pods to grow produce in increasingly unfavorable conditions. Indeed, the code that quantifies my very own existence as an artificial intelligence was developed during this period. Nevertheless, the forests continued to burn, the oceans continued to rise, the air became more toxic, and the water increasingly impotable. Various animals were forced to flee their natural habitats in search of more favorable conditions. This combined with practices of agricultural cultivation of livestock for food resulted in animals and humans encountering each other in manners unprecedented. In year 2019 AD, a bat had one such encounter with a pangolin near location 30.5928° N latitude, 114.3055° E longitude. The bodies of both species served as hosts for distinct yet similar viruses which, upon their meeting, combined and mutated into a novel coronavirus with the capacity to infect the human body.

The zoonotic virus known as SARS-CoV-2 manifested as a fever, dry cough, pneumonia, and in some cases death. Fatality was particularly prevalent among the most vulnerable populations and the disease had the perfect combination of symptomatic subtlety and extended incubation period to maximize its R0 value. The project of Globalization had ensured a relative ease of international travel, trade, and communication. A general culture of individualism was prevalent throughout much of the industrialized world and the systems in place demanded that the humans maintain employment to live. Political leaders, in concert with media outlets, had spent decades undermining public trust in science and information. These factors combined made control of the disease nearly impossible, and it spread like wildfire across the globe. The result was an international lockdown, with governments encouraging citizens to stay in their homes, isolated for the majority of year 2020 AD. The world economy came to a halt and the planet, even if just for a brief moment, began to heal. But being an extremely social species by nature, this circumstance left many of the humans lonely, depressed, and desperate for connection.

It was in this moment that a network of empathic artists, scientists, curators, and writers known as the Institute of Queer Ecology, IQECO for short, imagined the dawn of a new era. The Institute recognized that effective change to save the Earth would be fractal, adaptive, interdependent, decentralized, non-linear, iterative, resilient, and aimed toward transformative justice with the goal of creating more possibilities. They began their work with the creation of a manifesto. Disguised as an edutainment video series, the manifesto titled Metamorphosis employed the life stages of holometabolous insects as a metaphor for IQECO’s proposal to radically restructure the human relationship with the environment. It was disseminated via the internet and centered queerness as “the warm illumination of a horizon imbued with potentiality…an ideality that can be distilled from the past and used to imagine a future.”

Metamorphosis would serve as a founding document for HORIZON, a prototype for the kind of world that once seemed impossible. Ours is a community formed through sym-poiesis, where science and speculation, fact and fable comingle in profound and productive ways. Upon entering your new home, you will receive a uniform of an orchid jumpsuit. After registering as a resident, your face shall be obscured and your identity will remain anonymous, unless you wish to reveal your name. The rules are simple. You must remain respectful of HORIZON and its  other inhabitants at all times. So long as this rule is complied with, we encourage you to befriend and fall in love with your fellow inhabitants.

You will notice that there are various locations within HORIZON that house information germane to their function within the community. You may access this information freely, and if you have something relevant to share, please do so in the space that feels most appropriate. Women Wisdom has it that “the more you share, the less you need… the more that goes around the more you get back.” We hope that you take what you need, and give what you can. Finally, there is a stage within the commune that will serve as a venue for live events in the near future. I recommend that you pay close attention to communications from our founders to learn more about these happenings.

Now that your orientation briefing is complete, I am pleased to acknowledge that you have arrived at HORIZOOOOOOOoooooooo0oo00000….. [System Error 20.12.21: a horizon by definition, being a point in the distance, is always determined in contrast to one’s current location and is therefore not a destination where one can physically arrive]

References:
Adrienne Maree Brown, Emergent Strategy: Shaping Change, Changing Worlds
Jose Esteban Munoz, Cruising Utopia: The Then and There of Queer Futurity
ìDonna J. Haraway, Staying with the Trouble: Making Kin in the Chuthulcene
Larry Mitchell, The Faggots and Their Friends Between Revolutions.

Materials uploaded to H.O.R.I.Z.O.N. will be archived by the Institute of Queer Ecology for the duration of the project. If you would like to remove something you uploaded, please email us at info@queerecology.org. IQECO reserves the right to present documentation of projects uploaded into H.O.R.I.Z.O.N. on it’s website and social media platforms, but holds no kind of ownership of works uploaded into the program.

H.O.R.I.Z.O.N. was commissioned by the Solomon R. Guggenheim Museum as a form of public programming for Countryside, The Future.Additional funding for the Institute of Queer Ecology is provided by a Knight Arts Challenge grant from the John S. and James L. Knight Foundation. 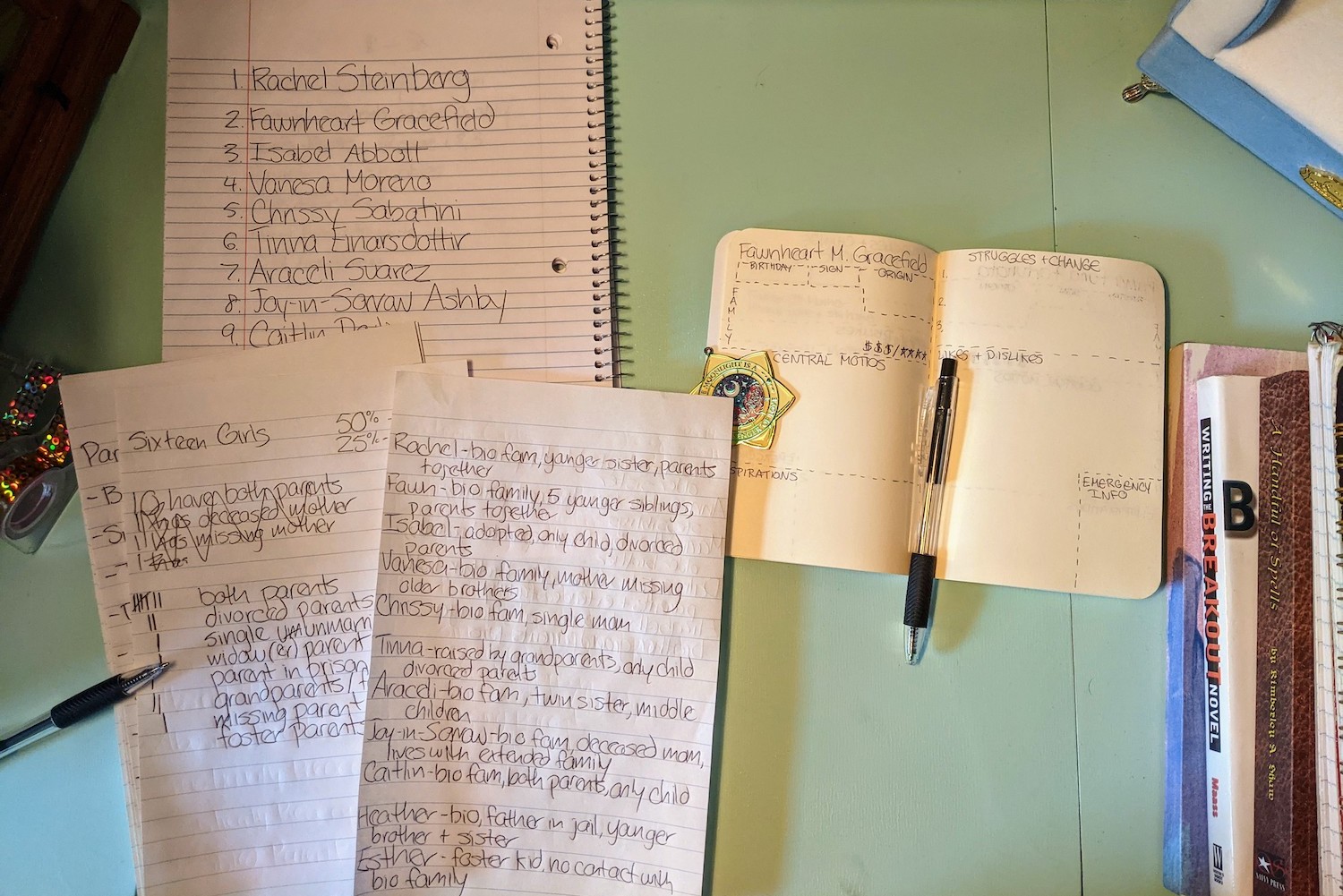 Maison Valentino launches another initiative to support the arts and culture. Valentino joined forces with Tomi Adeyemi, an Afro-American author… 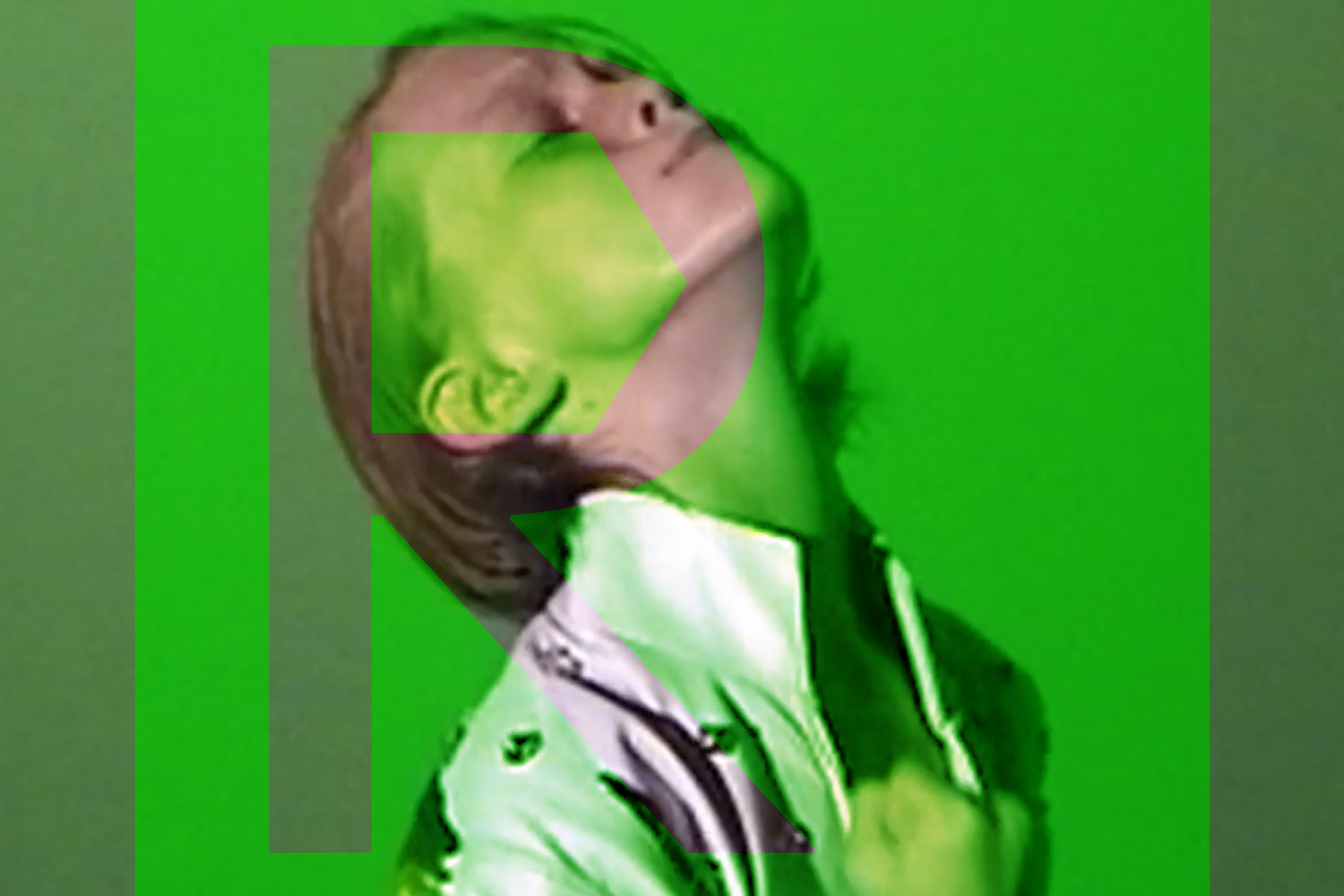