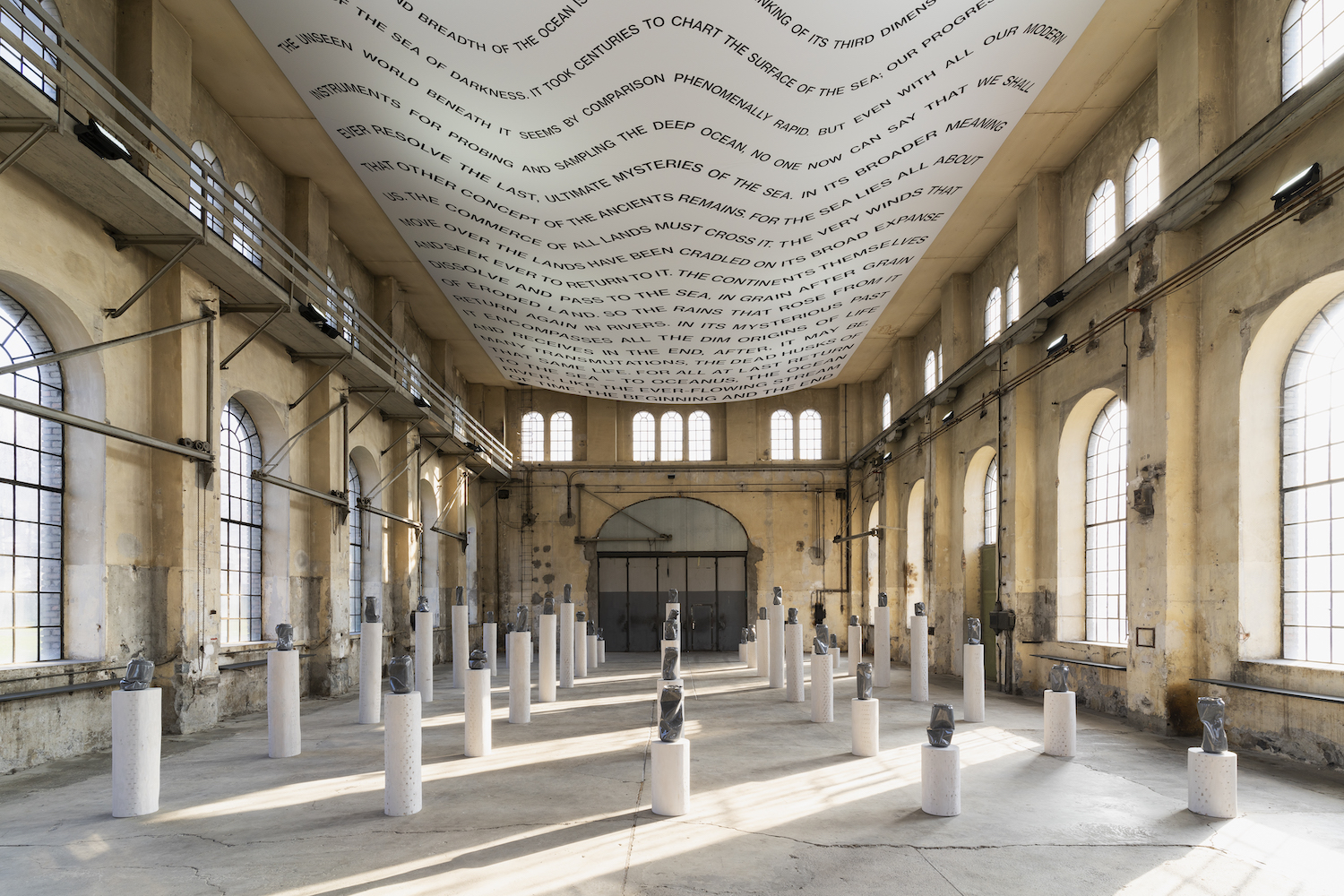 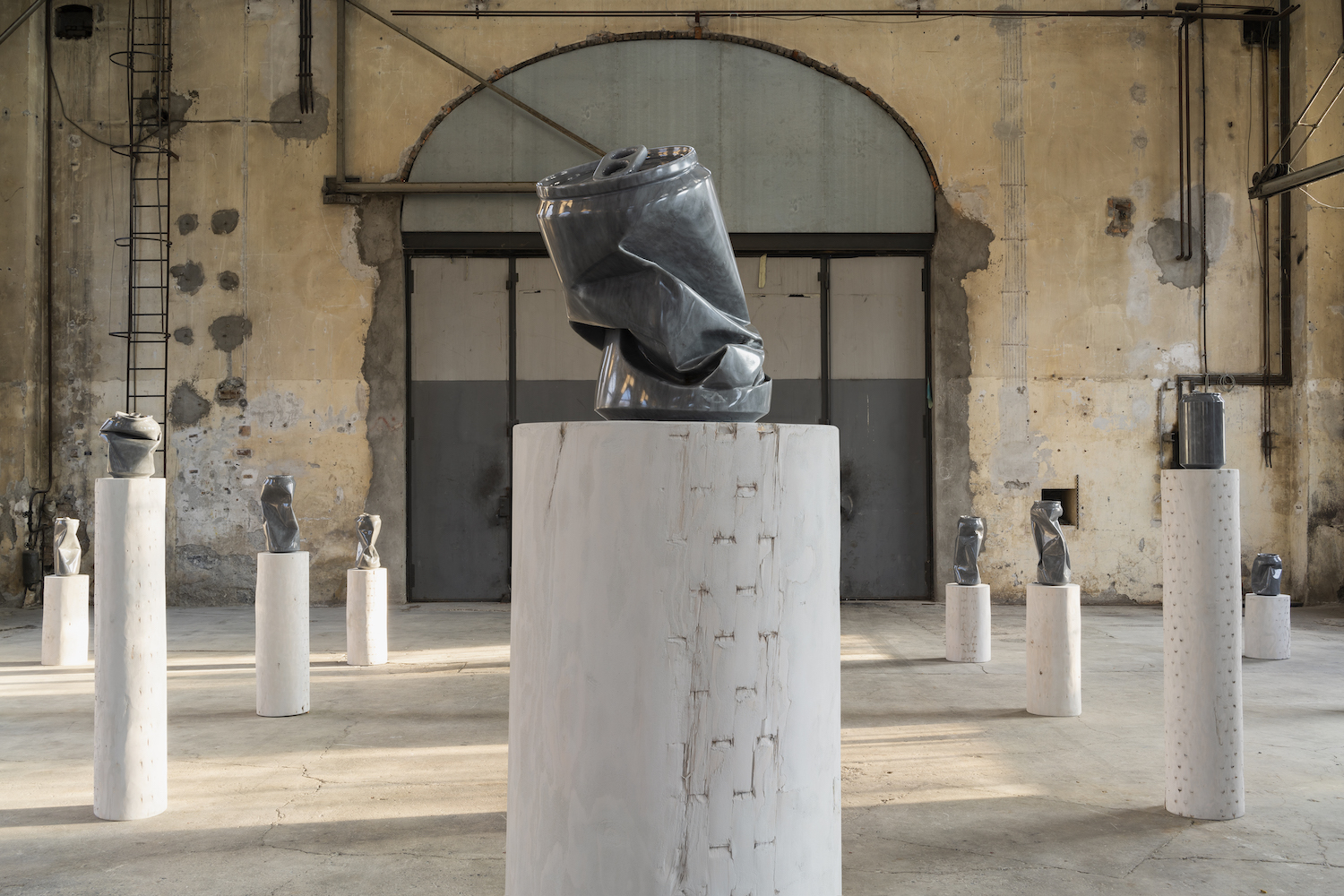 Were 2021 to be any other year, unburdened by the prohibitive restrictions of travel that keep much of the world homebound, the small Swiss town of Verbier — located in the southwestern Valais canton and primarily known as a resort town famous for hosting British and European royalty — would play host to the Verbier Art Summit, a weekend-long annual event bringing together global speakers for a series of talks and debates. However, under our exceptional circumstances, 2021 saw the fifth iteration of the summit held digitally from January 29–31, with notable “visitors” such as Philip Tinari, Andrea Bowers, and Elvira Dyangani Ose converging online on the summit’s dedicated virtual platform. There, participants revisited 2020’s theme as set out by Dia Art Foundation’s Jessica Morgan: “Resource Hungry: Our Cultured Landscape and its Ecological Impact.”

As is true of much in the art world, one must engage in a kind of cognitive dissonance to not be overwhelmed by the irony of Verbier’s “Resource Hungry” topic; of all the things one would imagine a collection of art world elites gathered at a Swiss ski resort might know about, resource scarcity does not figure among them. Indeed, Verbier’s founder, Anneliek Sijbrandij, first worked for professional services firm Deloitte for roughly a decade before receiving any arts education, leading one to believe that the summit itself is a product of the theme’s inverse. With that said, the expansive knowledge and thoughtfulness of the summit’s speakers shined in each debate, allowing more principled concerns at the macro-structural level to fade into the background; irony aside, the summit fosters interesting, engaging conversations, primed for a world with an increasingly uncertain future. 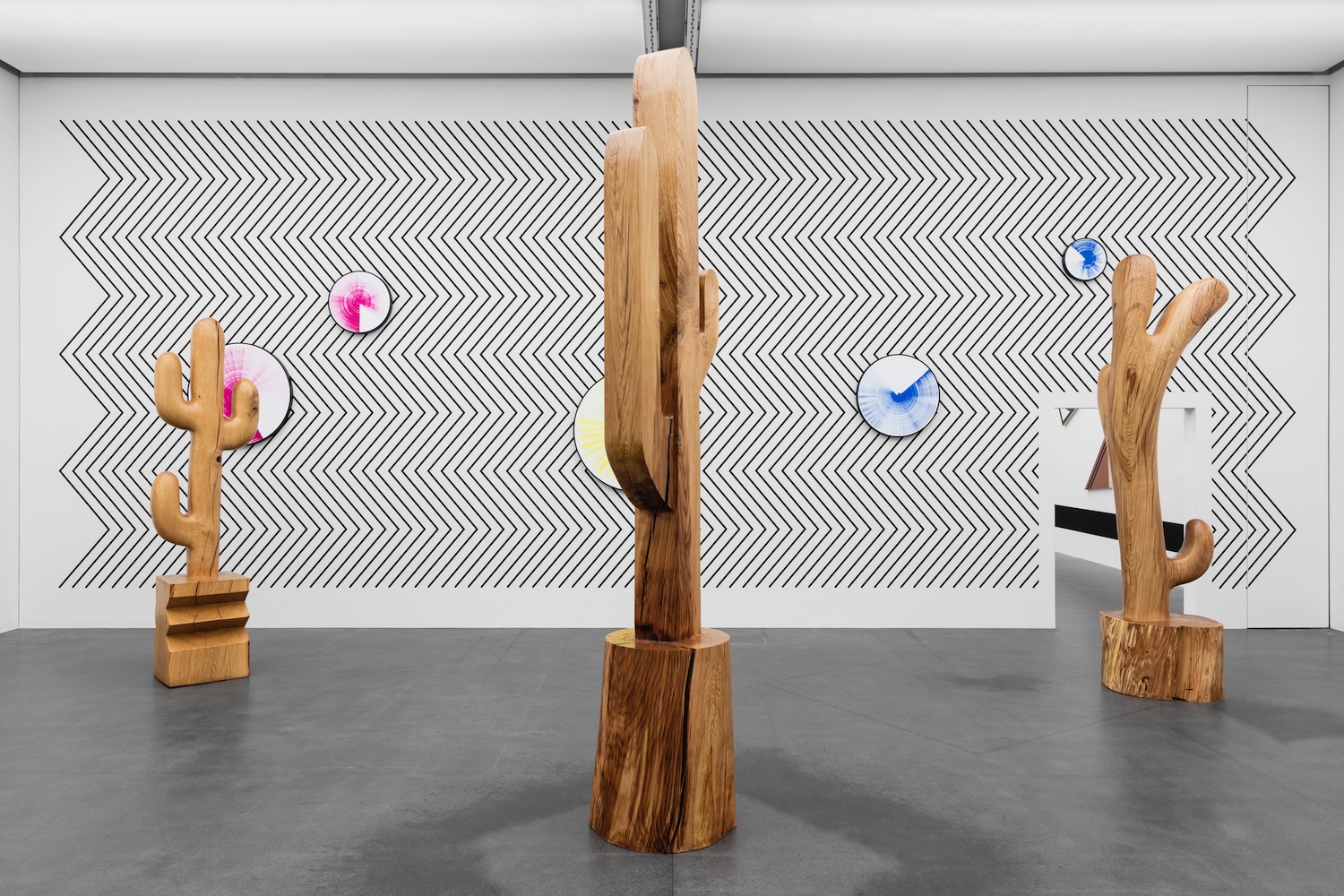 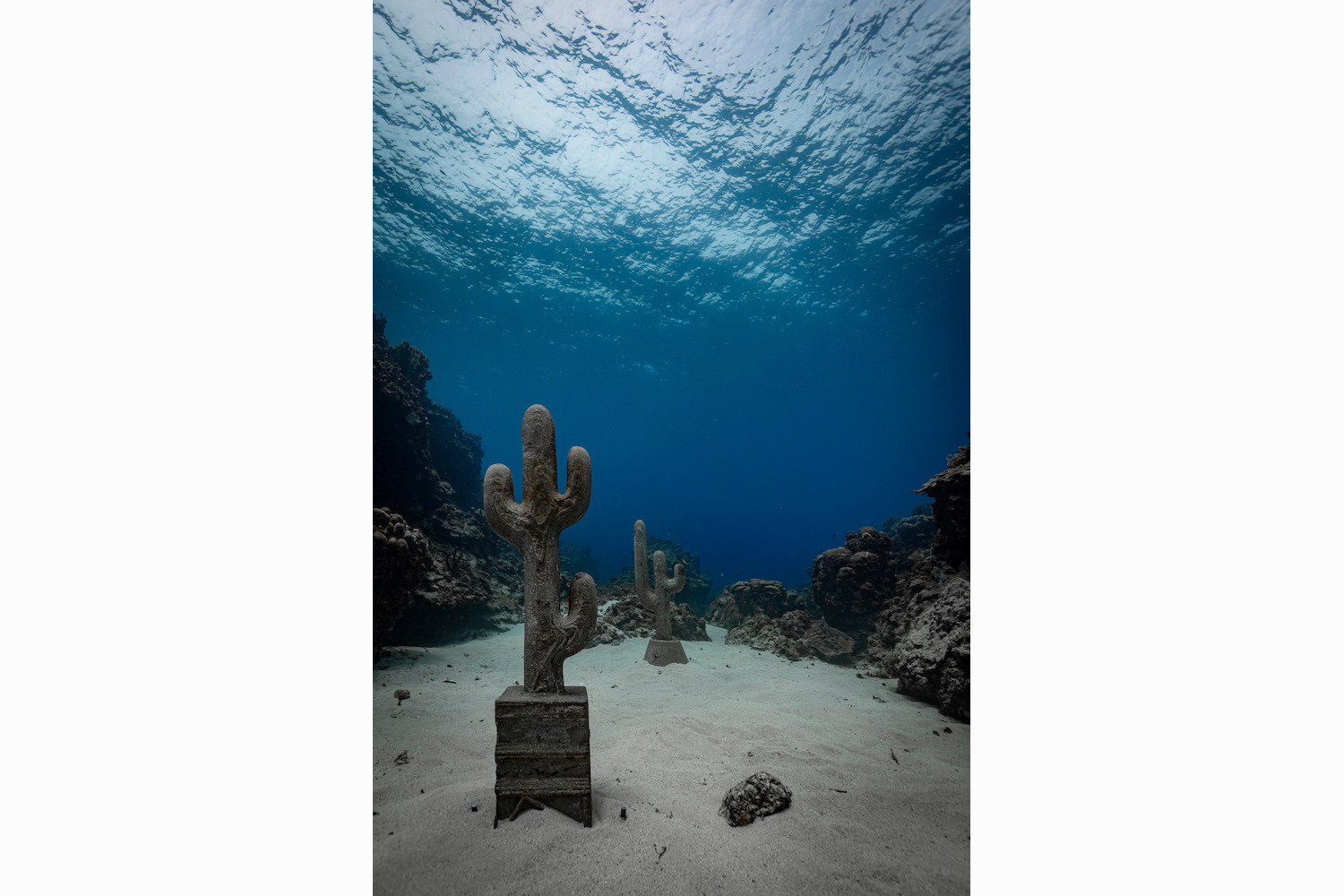 Fortunately for all newcomers, the structure of the summit was remarkably simple. Playing off this year’s decentralized, online location, five debates were organized by city, with events in Beijing, Verbier, New York, São Paulo, and London. These were accompanied by a themed artist residency discussion and three single-speaker talks, each being about twenty minutes in length. While subject fluency and coherence were commonalities among all the events, the debates reached their most fruitful conclusions when probing the intersectionalities of terms like “resources” and “hunger”; in these instances, ecology became an entry point to discuss the mechanisms of resource extraction, resource hoarding, and systemic biases that facilitate what often are the most disturbing byproducts of climate change. In this vein, German curator Jochen Volz, director of the Pinacoteca de São Paulo, engaged Djamila Ribeiro, a prominent leader of the Afro-Brazilian women’s rights movement, and Naine Terena, an indigenous artist and educator in Brazil, in a thorough discussion on the need to eliminate racialized hierarchies in ecological epistemologies. Terena, in turn, expanded on these ideas in her own personal talk, discussing the ways in which indigenous art practices have been a crucial means of raising funds to support at-risk communities in her native Brazil, detailing the online exhibitions and raffles that have allowed for the purchase of imperative health and safety supplies. Moreover, the Beijing debate foregrounded digital futures primarily from the perspectives of Daniel Birnbaum, former director of the Moderna Museet in Stockholm and current director of virtual and augmented reality outfit Acute Art, and Philip Tinari, director of UCCA Center for Contemporary Art in Beijing, who are currently collaborating on UCCA’s ongoing exhibition “Mirage: Contemporary Art in Augmented Reality.” In the instance of the latter, the discussion proved fitting to the context: as digitization is heralded as a means of lessening the environmental impact of the art world while making art increasingly accessible, the digital summit brought together the geographically distant Birnbaum and Tinari to have a talk available for free to a global audience. 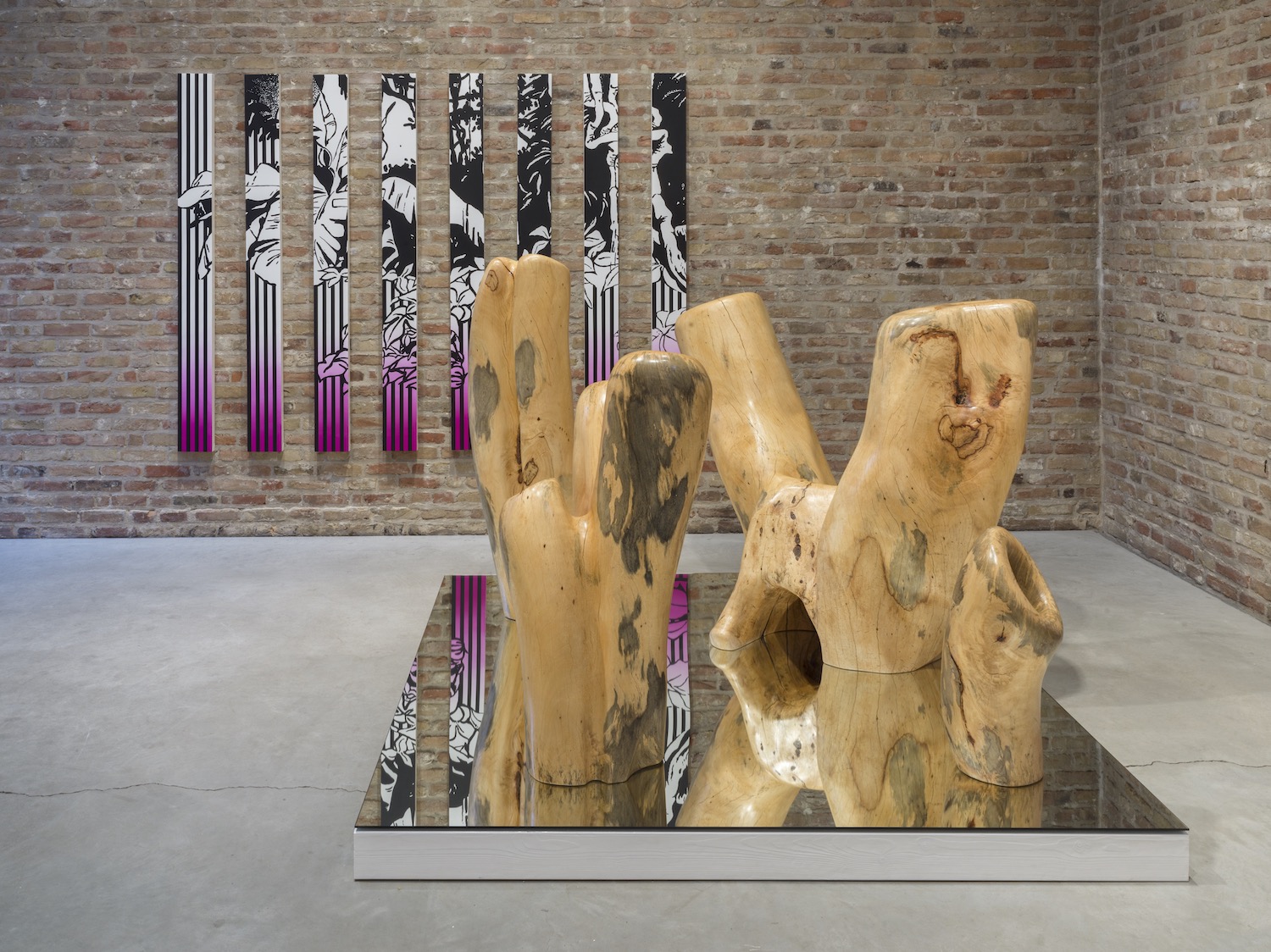 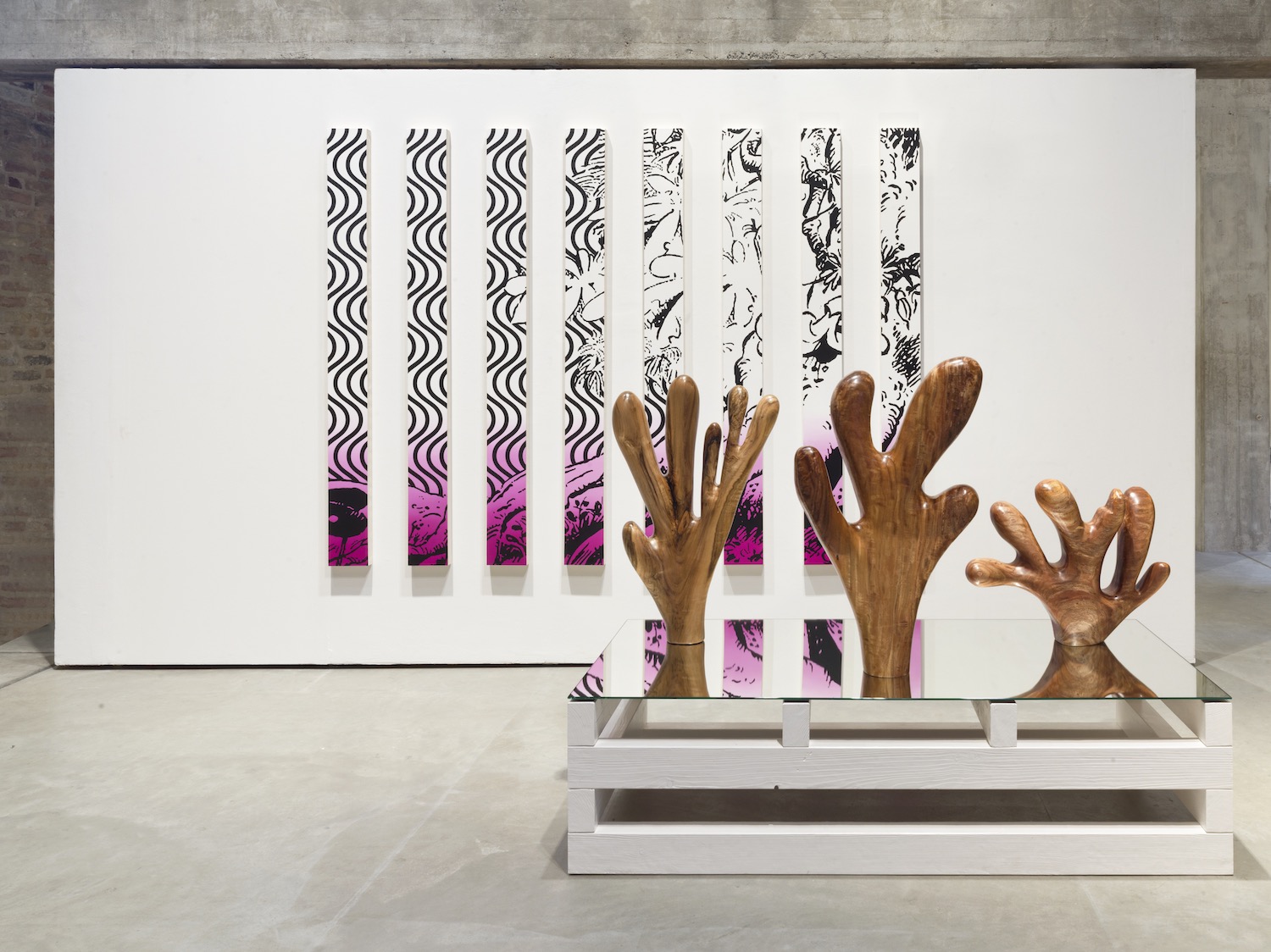 Naturally, accessibility highlights one of the several benefits digitization has brought to the Verbier Art Summit. In addition to not having to physically travel to Verbier in order to experience the events as they were scheduled, the summit’s native platform allowed all videos to be viewed on an on-demand basis over the course of the weekend, and already many of the videos have made their way to YouTube for further consumption. While each event was broadcast to a live audience per a schedule, featuring a Q+A afterwards, the ability to not only watch in one’s own time but to review materials thoroughly proved a technological highlight, and comparable events or summits would be wise to follow suit. Likewise, the ability to subtitle speakers speaking in their native languages undoubtedly allowed for greater clarity and articulation, while YouTube’s own subtitling provided important inroads toward accessibility for the hearing-impaired.

However, one also became acutely aware of the technology’s drawbacks, particularly as it pertains to speaker engagement, and thus audience engagement. During debates, the frame would shift from one speaker to the next, catching those not speaking unawares or, more often, looking thoroughly unenthused. No doubt, some points of conversation could prove rather dry, but it is doubly difficult to muster interest as a viewer when those taking part look as if they’d rather be elsewhere. Similarly, in a far more forgivable scenario, several speakers found themselves drawn away from their stations when called into action by the exigencies of home life: prying toddlers and hungry infants. By no means the fault of the speakers, these instances still detracted from the focus of the moment, making it difficult as a viewer to not lose interest or, worse yet, take a cue from a panelist and attend to business more immediately pressing. The 2021 Verbier Art Summit underscored that while digital opportunities and the normalcy with which they can be implemented have made international meetings like this all the more possible, if not more environmentally sustainable, they have not yet become entirely viable wholesale replacements for physical interaction. 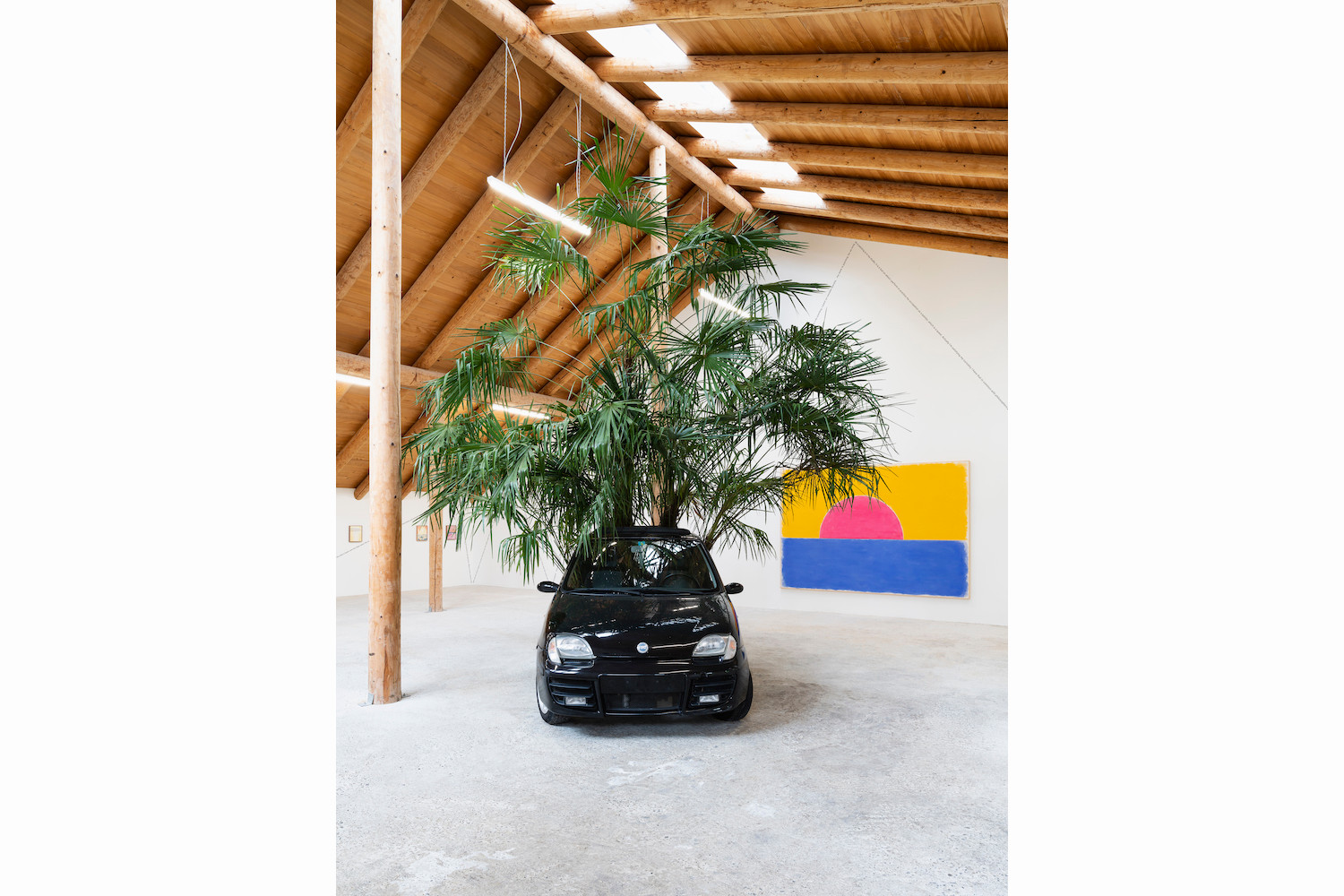 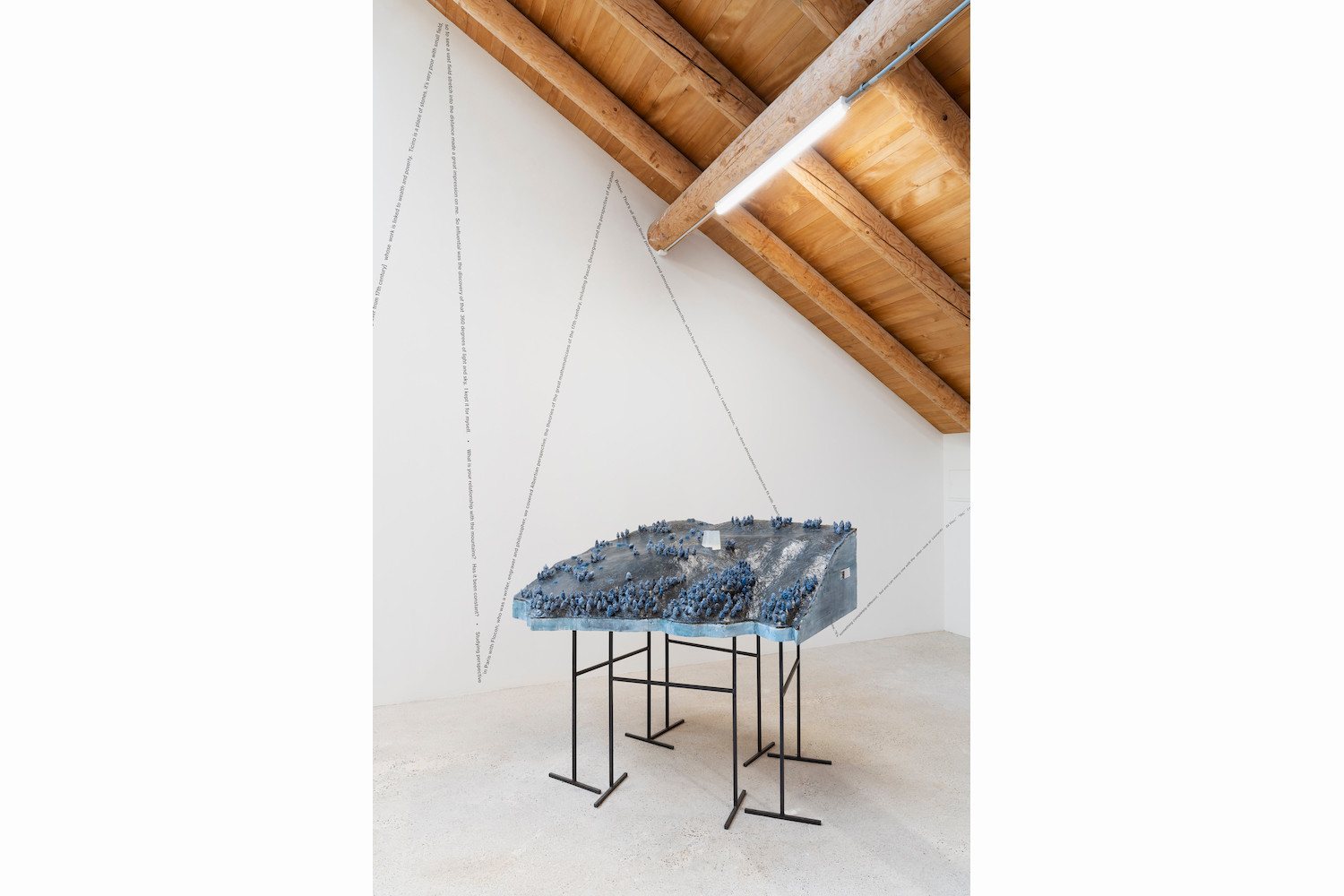 This lack of urgency further clarified a more foundational issue: while the summit itself had a theme, each of the debates and talks lacked a set topic, instead encouraging participants to determine of the course of discussion on the fly. Further examining the summit’s platform, the only guidance provided by Jessica Morgan by way of prompts included the notably obtuse question, “Can we rethink our values?” This extemporaneity indeed led to moments of discourse-driven insight, but also let those speakers more prone to conversational free-wheeling drive debates off track; each debate bore important takeaways but couldn’t really be said to be “about” anything. While one might imagine single-speaker talks would benefit from more direction, the attempt to meld ecological and artistic concerns over a brief fifteen to twenty minutes often led to grand pronouncements and vague generalities, which found viewers ultimately cycling through a slide show of Claudia Comte’s admittedly beautiful new Swiss farmhouse.

Understood as a whole, this year’s Verbier Art Summit can only be viewed as a success — despite trying conditions, a collection of insightful and knowledgeable international speakers communed to discuss issues at the heart of the art world’s future, while making these discussions available for a receptive global audience. Yet, this success is neither without its qualifications, nor does it portend future victories; its organizers, along with the organizers of like conferences, will have to continue refining their approaches in order to strike a crucial balance between social, economic, and environmental sustainability, while driving the engagement that is central to in-person gatherings. But that, for the time being, can be tomorrow’s concern. For a job well done, or at the very least a good effort, those of the Verbier Art Summit deserve a moment of rest.