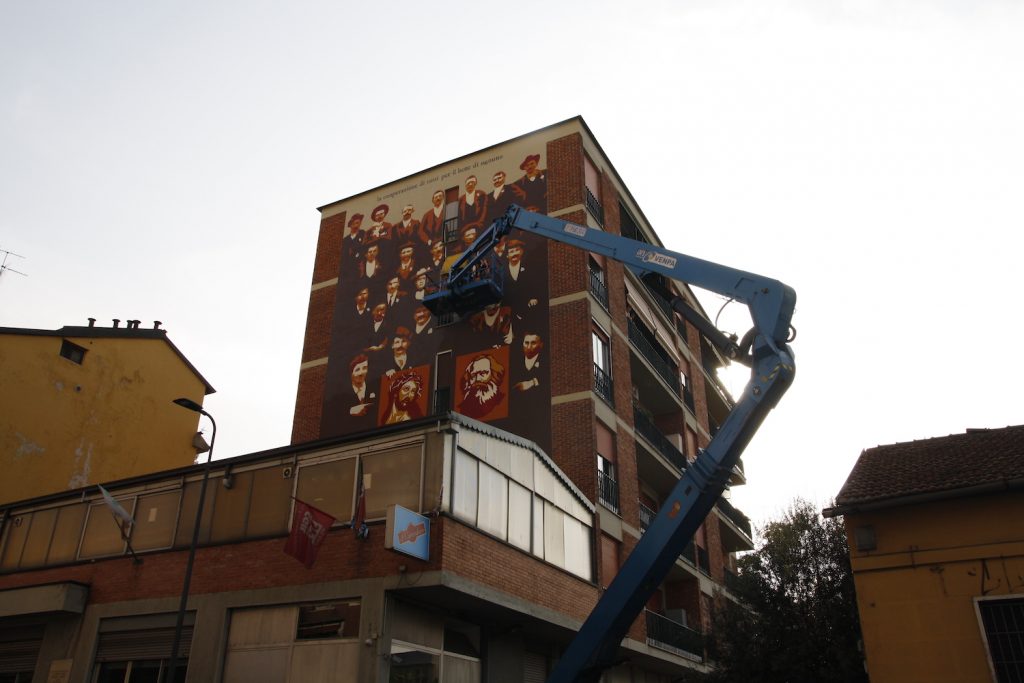 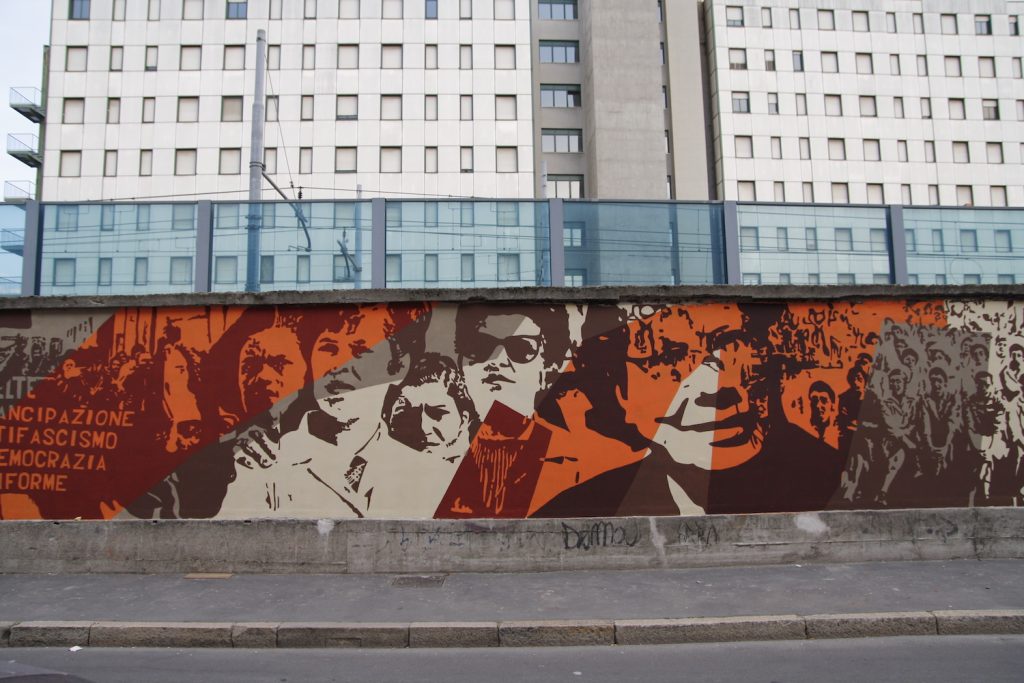 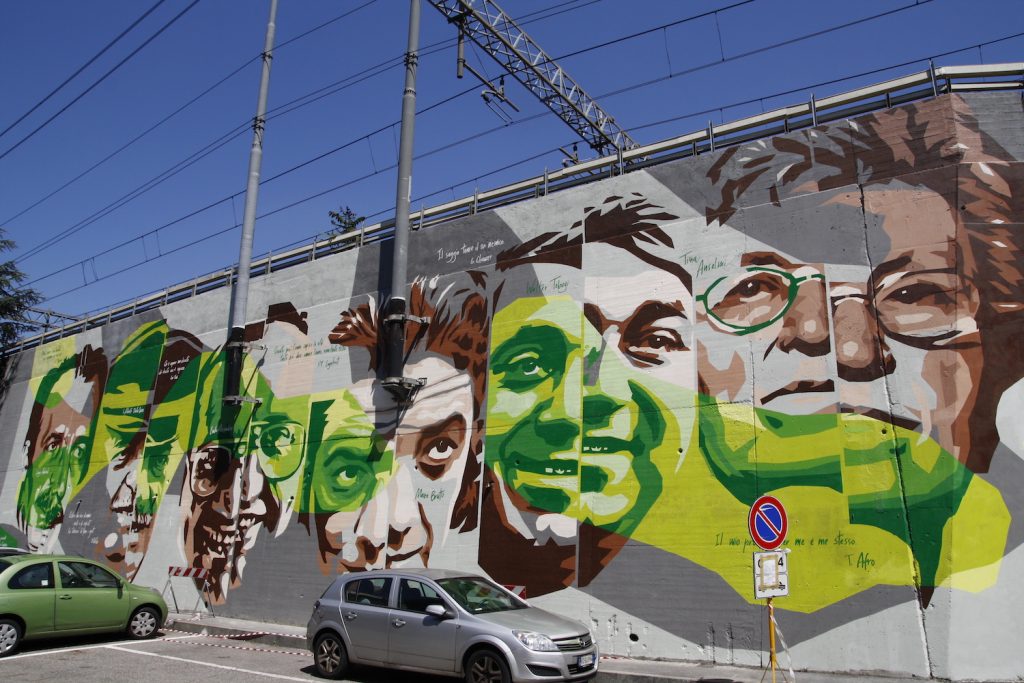 1
2
3
Orticanoodles, Alla Legalità, 2017. Project in collaboration with the students from Ipseo Vespucci high school, Milan. Courtesy of the artists and Ortica Memoria, Milan.

What does the notion of accessibility include when it comes to public art?
In complex cultural contents, accessibility passes through high cognitive and motivational activation costs, a personal identity investment1 that depends on innumerable social, cultural, and personal (the experiential and affective-relational sphere have a significant impact) variables. The individual ability to evaluate the interest and the meaning of a cultural experience depends decisively on the available cognitive set: in the absence of an adequate set, access to a certain experience becomes as difficult as having a real judgment of preference.2
Public art can easily scotomize or voluntarily ignore these preconditions for free and meaningful cultural experiences that underpin the circulation and production of knowledge.
Art geographies acknowledge that public-art practices find themselves at the turn of new, well-defined frameworks in the expanding field of knowledge communication. In the logical architecture of knowledge systems, public art can be understood as a key node of a network of peer-to-peer content transmission; this vantage point can be exploited by public artists to adopt a position on matters — as a platform for democratic expansion of knowledge, or as a privileged means of conveying imposed content, propaganda, or consensus building.
Public art can be defined as an open-source means of knowledge transmission in which accessibility is not exclusively a condition of its affordability or public availability, but also depends on whether its characteristic content is accessible and the transmission of knowledge is actually feasible. To find these features in a public artworks today, especially when they are involved or linked to urban regeneration projects, sounds easier than it really is.
Public art expressions such as street art and graffiti writing can be considered a complex form of common goods, as long as they embody the main features of cultural, neighborhood, and knowledge commons according to Charlotte Hess’s3 classification of a new commons. The knowledge commons4 represent a vast and complex sector, which includes intangible goods often cited as a primary example of a pure public good, without rival and free to all. They’re described, for instance, in terms such as digital divide, education, intellectual property rights, internet access (domain, infrastructure), libraries, public domain, science, magic, peer/mass production. In a 2003 article, Elinor Ostrom and Hess made the distinction between ideas, knowledge, and information artifacts (books, articles, etc.) and information facilities that store resources (libraries, archives, databases, etc.). Knowledge is a global common that needs to be accessible, equitable, and protected: these are the conditions that allow specific forms of public art to maintain their knowledge commons characteristics, which mainly occur when authorship is replaced with the logic of contribution toward the construction of an open-source asset.
As Alison Powell5 analyzes in her article “Democratizing Production through Open-Source Knowledge,” a political economy of “openness” departs from primarily Marxist perspectives on labor sometimes employed to discuss open-source collectives as a part of the movement’s critique of mass media. In a constructivist perspective, communication production (both materially and discursively), intended as knowledge transfer or exchange, is an element of controversies mobilizing opposing social or cultural perspectives.6
This is particularly evident within art, where new knowledge produced outside of hegemonic institutions such as the art market can contribute to transformations in these same institutions. And even if tension remains between radical reinterpretations of how knowledge or culture should be produced and co-opted by institutions such as the market, public art can be enumerated among open-participation structures as a challenging means against hegemonic forms of media. 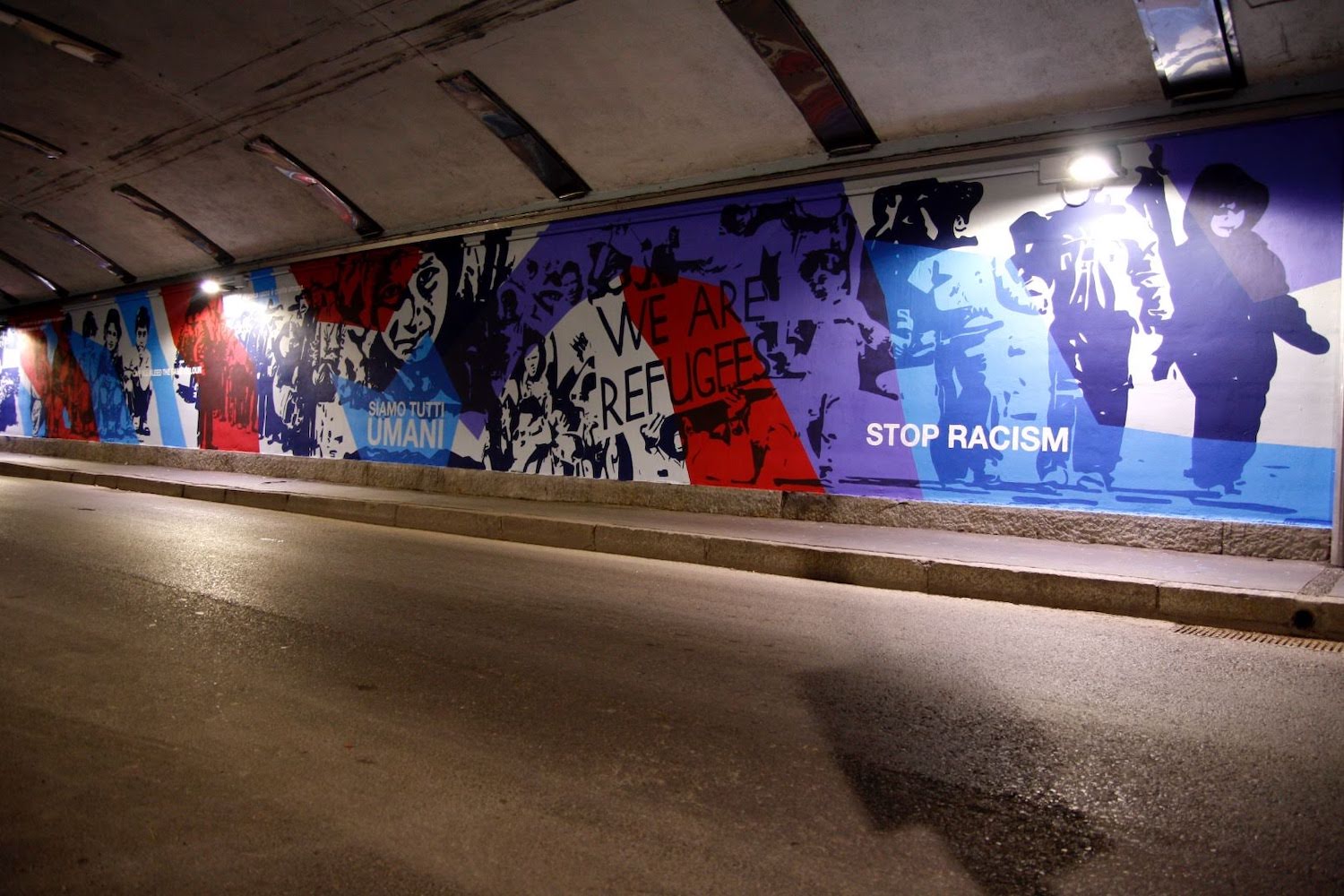 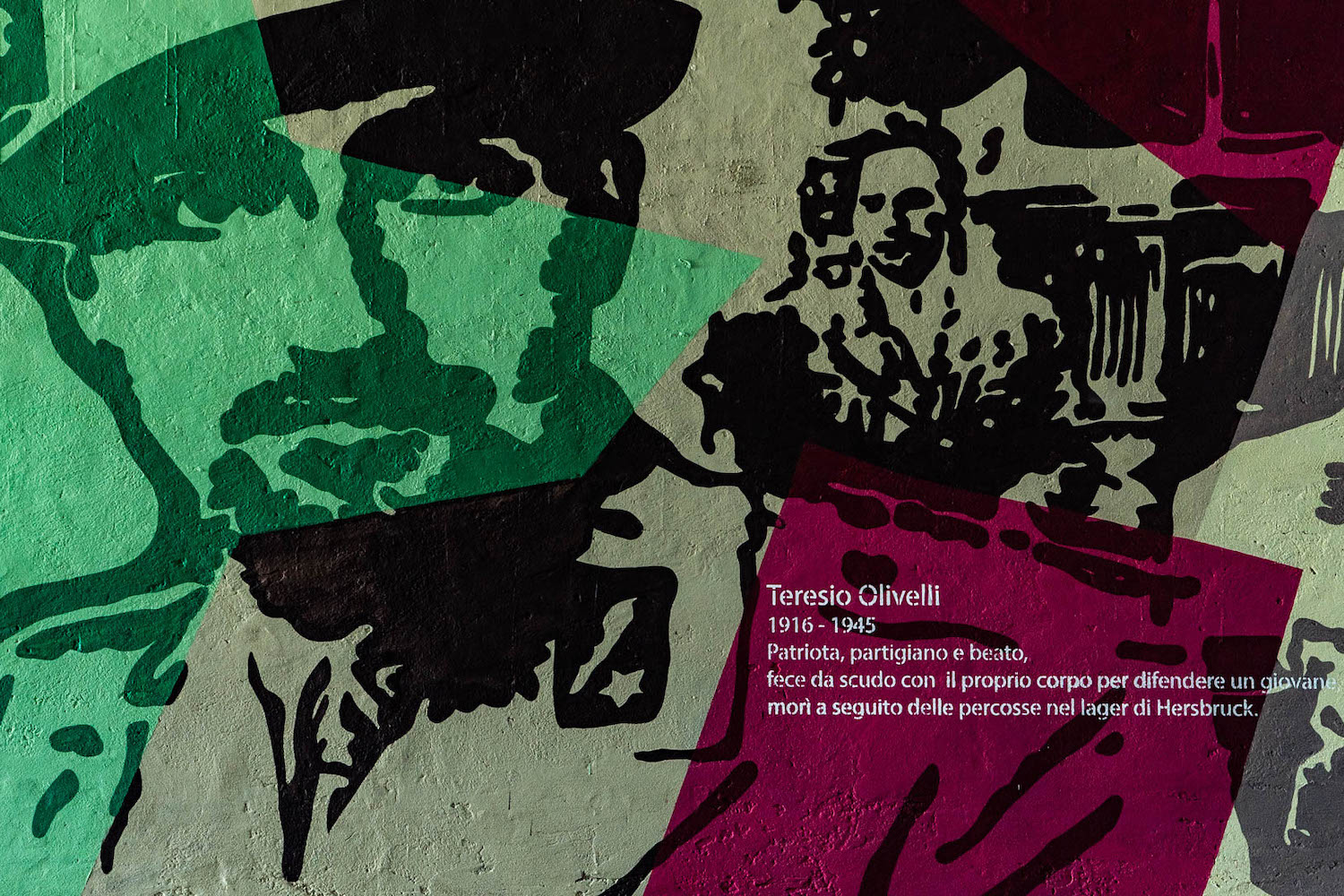 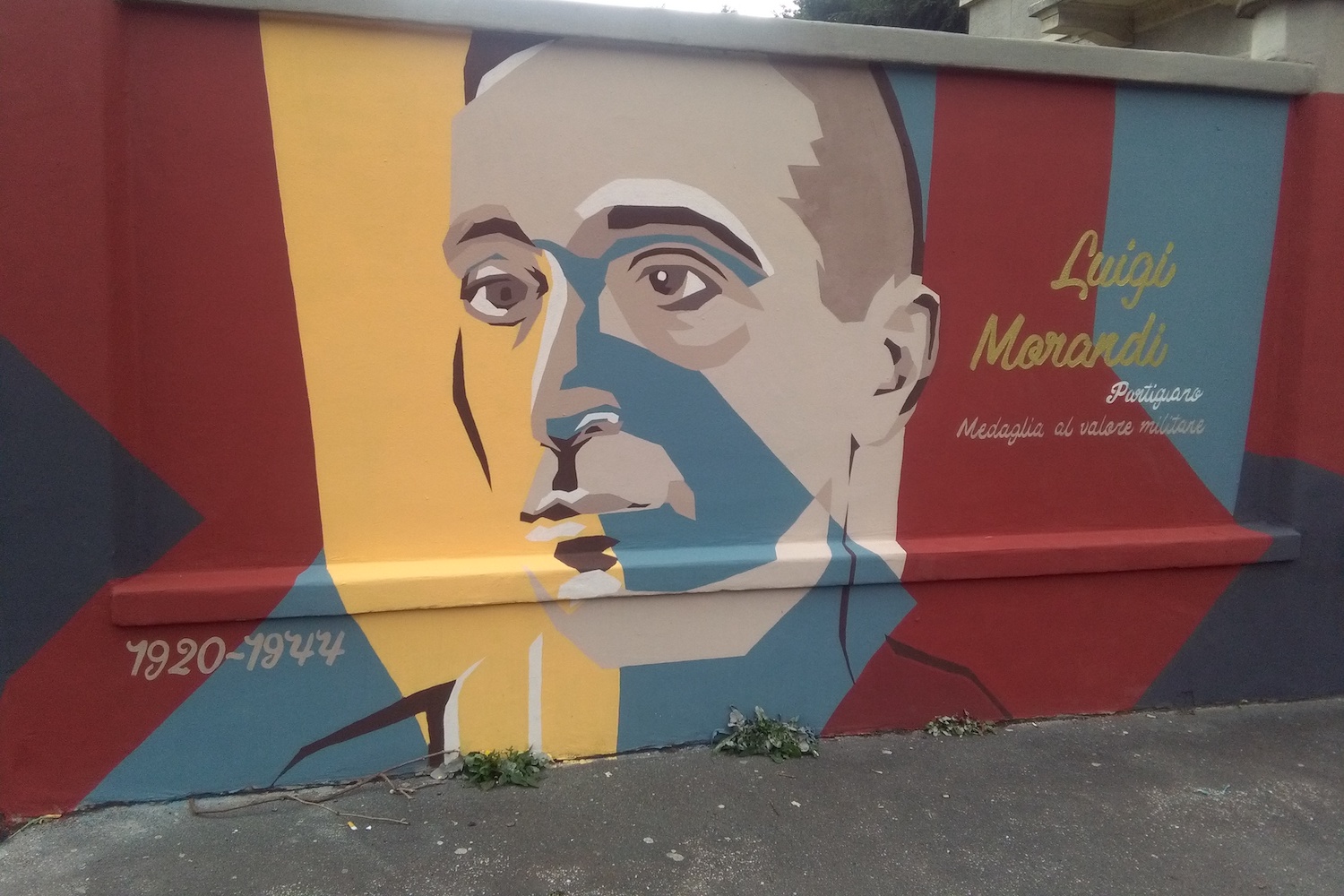 The alternative production of communications infrastructures or independent community media, such as a community-based public art projects, contribute to broader and more democratic opportunities for civic participation, empowerment, and open-source learning, while operating as a critique of conventional top-down mass media means of communication.
To design an effective public art project that aims at a real sharing of knowledge and at a collective construction empowering a highly valuable narrative for the protection and conservation of an intangible heritage, it is important to stress that the complexity and composition of the social fabric and the history of the specific context of the territory are certainly the two fundamental elements to be considered.
A virtuous attempt that I love to mention, mainly because I’ve seen first-hand its birth and its development, is called the “Or.Me – Ortica Memoria” project. It takes place in a high-population-density peripheral of Milan, a working-class area bounded by railways and highways; the district, once an independent municipality, turned from rural territory to a settlement of schools, factories, local clubhouse, and associations. Everything began in 2015, thanks to the spontaneous initiative and commitment of some local non-profit associations in the neighborhood, where a first mural has been created on an overpass. In 2017, Walter Contipelli and his internationally renowned collective Orticanoodles, consisting of local artists, chose to trigger a community-based collaboration.
Or.Me. aimed at honoring the memory of those men and women who wrote the history of Milan and who embodied the essential values upon which Italian democracy rests (actors, journalists, anti-fascist partisans, magistrates, as well as local popular-music singers and athletes) through the collective construction of a path of research and reproduction of culturally shared identity. The art collective has involved local cultural agencies, such as entire school groups, in a participatory art intervention of active citizenship that consists of the co-creation of monumental murals. This bottom-up inclusive approach, which characterized the whole creation process, can help the resident community to understand the ongoing phenomenon: the shared research and design of the artwork’s contents lets the knowledge circulate; the activation cost wasn’t too high to be incurred and the project got the chance to avoid that fracture, typically nourished by the lack of dialogue and negotiation symptomatic of a top-down planning process, which can turn the street artwork from a potential accessible, equitable, and protected knowledge common characterized by open access to shared content, to an exclusive product of knowledge for connoisseurs. 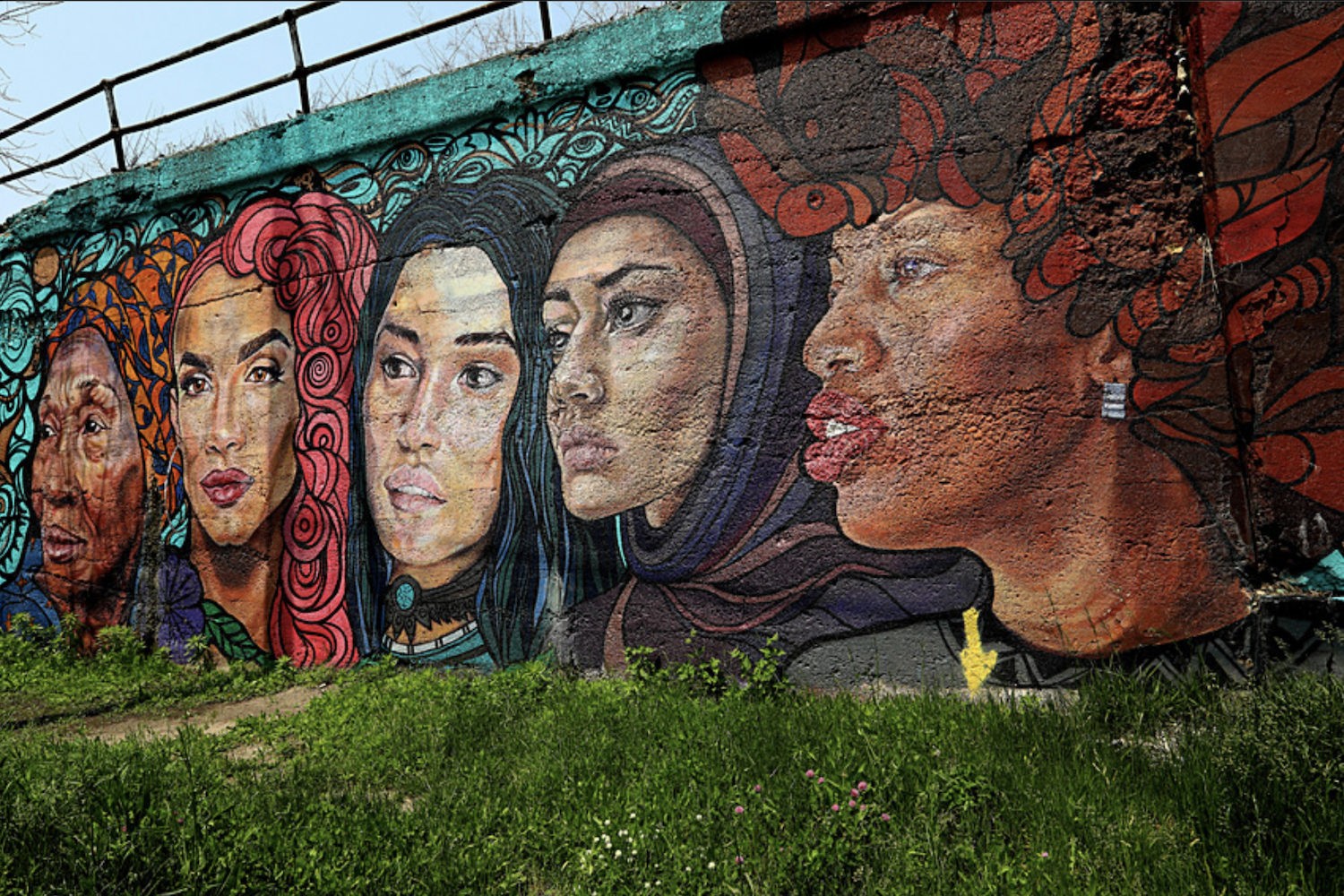