One of the most widespread, controversial and exploited ideas that dominates the historical narrative and its celebration is that “history is written by the victors.”
The same public art, intended as an official cultural expression in its institutional form and offered into the public sphere in different geopolitical contexts, is closely related to the celebration and preservation of the memory of these victories or to the status quo of the winners. Hierarchic power games have always needed public art to dictate the phenomenological representation of truth, to narrate a tangible past that conforms to their vision of present-day conditions.
My intent, through the appointments in the Public Art 2666 column, is to tell a different story; a story that does not pass through the ethnocentric lens of those monuments that celebrate the achievements of great leaders, who judge historical events, social structures and culture of human groups other than the one to which the dominant class belongs, according to the reference values they want to dictate. Since this column aims to look beyond the more academic meaning of public art, I’ll try to study, analyze and rationalize the multifaceted expression of the artistic practices that take place in the public arena, and that have the power to significantly impact its social and economic fabric. Through this virtual platform I’ll try to gather conversations regarding forms of public art that can express each community’s values, shed light on the crimes perpetrated against our environment, heighten our awareness, and question our assumptions on how “the victors” told us to read the world and to remember the past.

For my part, as a researcher in art-led practices in the public urban space, I firmly believe that entering the discussion about the social perspective of art in the public sphere means to analyze the strategies through which artists mediate the forms of power relationships that take place within an arena in which the social fringes compete for cones of light, fractions of living space, and rights and resources. It also means giving relevance to every marginal fragment of a global and globalized society made up of hyper-diverse and physiologically conflicting communities, by supporting their drive toward self-determination and right to the identity.
In my personal experience, I have never dealt with artistic practices in the public space that did not trigger controversy or that did not clearly define results in favor of the community in its entirety. The forms of knowledge and empowerment that artistic practices may build and confer upon the communities with which they interfere are numerous and powerful, but so are the various forms of illegitimate resource extraction, conflict and manipulation. There’s such a fine line between them.
The extreme complexity of urban spaces and, in particular, of their peripheral areas of low-class settlements, are the most interesting hub of intercultural contamination and emergence of new identities, constantly threatened by the (concrete) specter of gentrification. The well-known “creative class,” its bulimic artistic production and its constant search for favorable settlement areas, are today more than ever regarded with extreme suspicion, or even opposed by actions of local resistance, as a result of a causal relationship, now frequently taken as a well-establish fact, between them and gentrification processes. 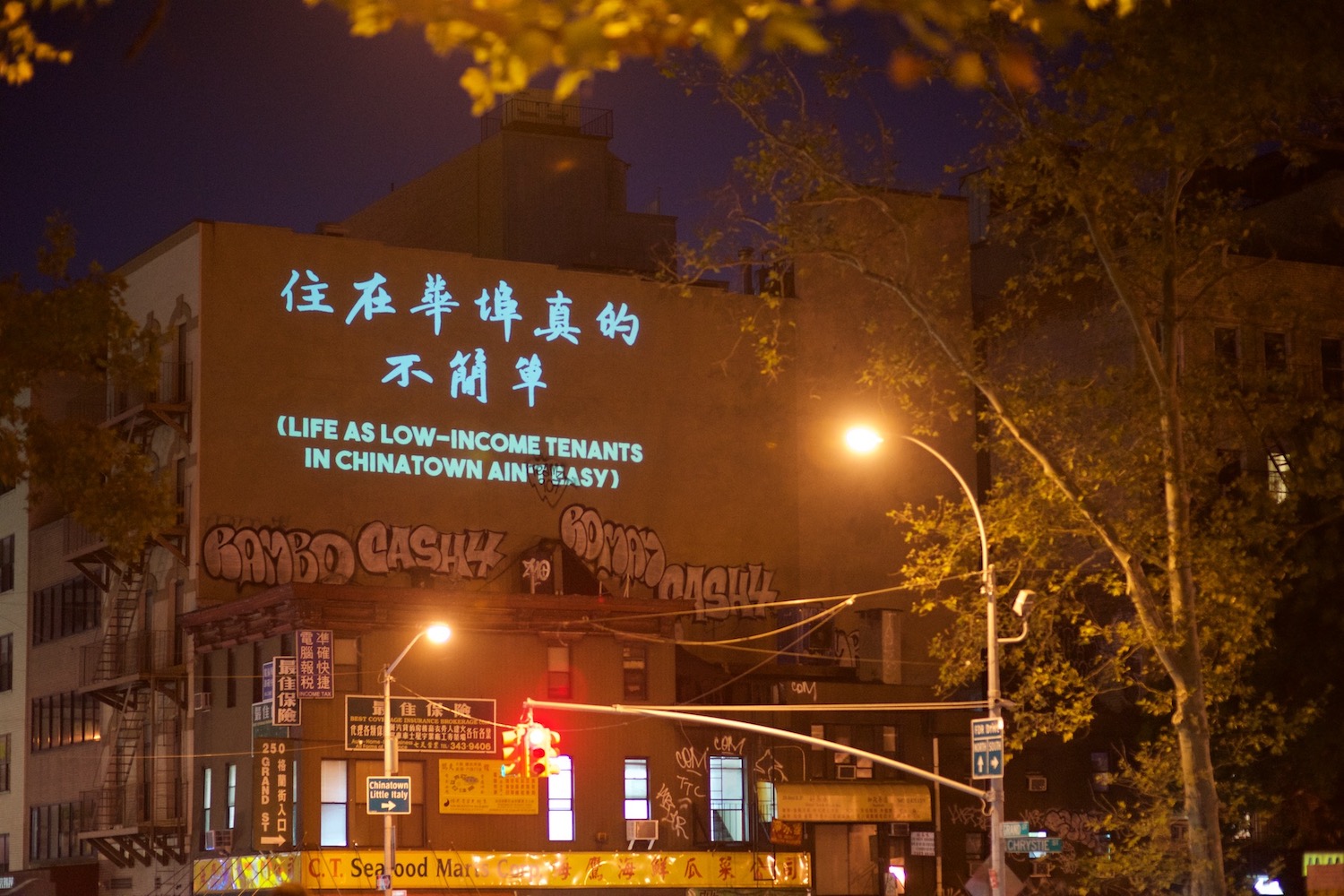 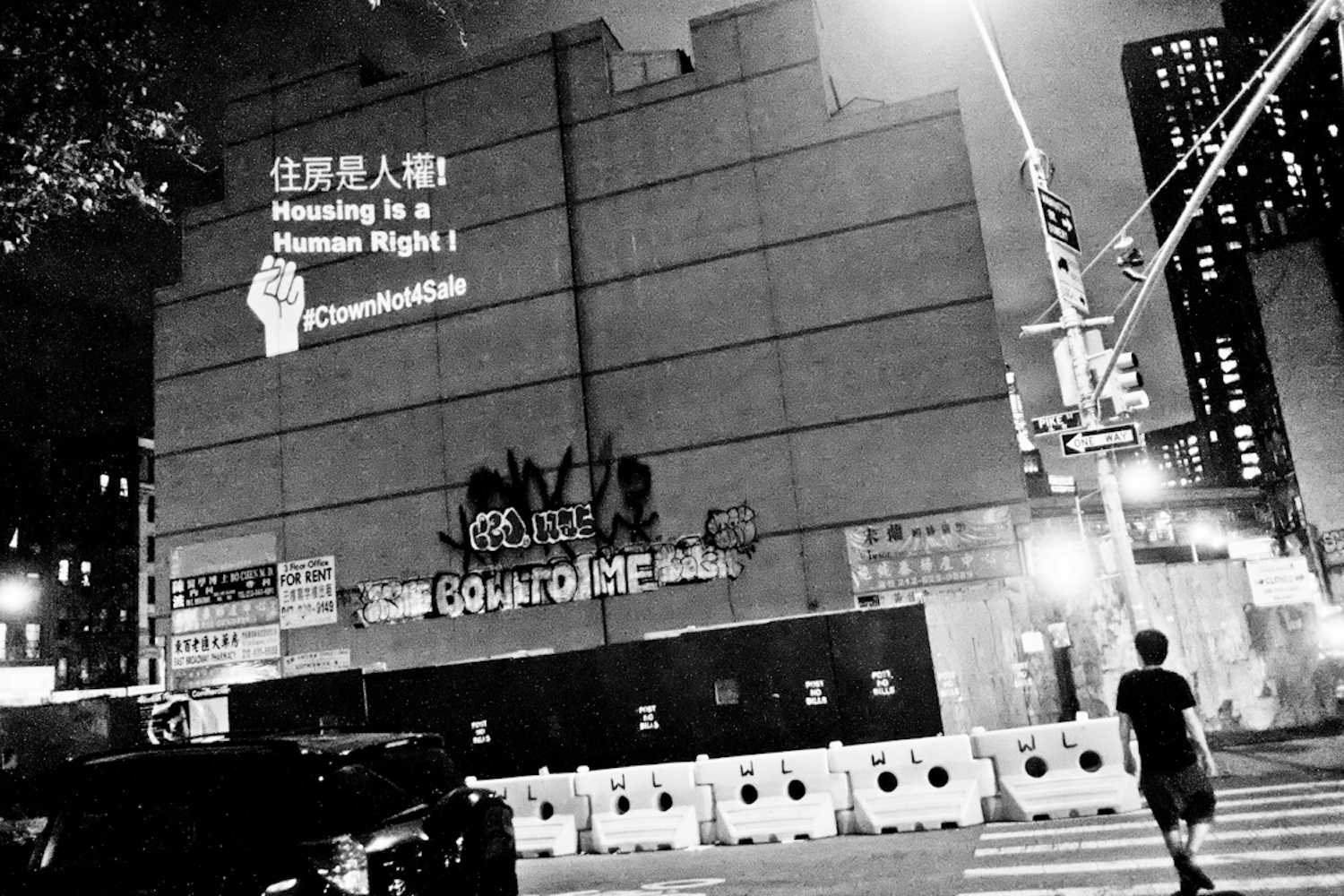 An extensive array of literature today shows us so many cases of public art installed into the urban fabric, which turned out to be critical to the successful development of inclusion, and subservient to commercial logic of privatization. Look what happened, not long ago, in New York’s Chinatown. In the aftermath of the latest fierce and abrupt wave of gentrification in the Meatpacking District, in Chelsea, fueled by the realization of the High Line and its controversial art program just above the former Gallery District, many artists and gallery owners have necessarily tried to avoid rent increases, by moving in droves towards less compromised areas of Manhattan. When the former tenants of the commercial premises were literally thrown out by real estate agents who knew the speculative equation perfectly, and declared their preference for artists and gallery owners as tenants, the Chinatown residents began to protest against the settlement of a new Gallery District and against the storytelling of a shiny and illusory wave of bohemian beautification. These residents have gathered together and been supported by a group of socially-engaged artists, the Chinatown Art Brigade, which was formed in 2015 in response to the rapid gentrification of New York’s Chinatown, and formed by the same “creative class” of which they had been members. Their artistic action was an effort to bring together Chinatown residents to provide a unified community voice on issues relating to uneven development and to unveil false narratives, a striking example of the absolute polarity of impact on the socio-economic sphere of artistic operations in public space. And, even if (and precisely because) working within composite public frameworks is always like skating on thin ice, the starting point of reflection can no longer be that art-led practices happen without any foresight about their possible social repercussions.
With this picture, how can an artist’s voice be truly effective in amplifying forgotten, overlooked or marginalized community stories? How can artists be rigorous in their knowledge, and responsive in their practice, enough to uncover and meaningfully manifest the identity of a place? How can the public display of art raise awareness of historic wrongs, build empathy for marginalized peoples, and instill a greater understanding of shared humanity?

Important socially engaged lines of action and behavior are, in the recent history of contemporary art, already well-outlined in the discretion of best practices in the public space, with brilliant results of theoretical organization of practices, such as the more renowned works by Nato Thompson.¹
One of these dimensions is cultural memory. Art can trigger cultural memory by the “act of transfer”² whereby individuals and groups constitute their identities by recalling a shared past on the basis of common stories and habits.³ What distinguishes the result deems the ways in which the medium of public art intervenes in the transmission of it, and how profound are its knowledge and respect for the value of the social volume of cultural memory of every single community. Each cultural memory composes, in variable temporal and dimensional scale, the different souls of the place’s radical structure where public artists choose to work. And their cultural memory may become their fragile and raw material of production and reproduction, which requires a work of in-depth study and commitment to the place for successfully amplifying unheard, underrepresented, or marginalized narratives.
During one of my latest trips to Chicago, I visited one of the oldest murals in the city, the Galeria del Barrio, painted in 1976 by Aurelio Diaz, in collaboration with the children of the neighborhood. In this terrific piece, a row of male profiles show the dramatic evolution of emotions reflecting a range of Mexican American identities and struggles. Over the years, this and other local murals have been preserved and extended by community groups who could find their voices through it. Nearby, I came across Weaving Cultures, created in collaboration with Sandra Antongiorgi and the Chicago Public Art Group in 2016. On the wall were images of women of different ethnicities, ages and classes, as well as other underrepresented demographics. The wistful and restless arrogance of their presence declared they were finally taking their rightful place in the world. The authors worked with the founding mission to establish creative partnerships with communities, in an effort to enhance the lives of residents in urban Chicago neighborhoods and to encourage a dialogue around unity and acceptance of each cultural identity and their memory.

Cultural memory is a stratified mine of events, meanings, codes and intangible recollections which belong to a multitude of individual and subgroups which add up to a collective – and therefore often contested – memory, that defines the broader structure of its community’s identity.
Although never using the term “collective memory,” Durkheim noted that societies require continuity and connection with the past to preserve social unity and cohesion. In his study on traditional religious rituals, collective memory plays the role of social pacifier. It reminds me of that famous “opium,” since rituals transmitted by the authoritative voices of religious leaders to people, conquerors or conquered, imposing and disseminating traditional beliefs, values and norms, and shared rituals, provide a sense of “collective effervescence,” a sense of blissful…belonging, that do not require any refutation, finding its basis in the myth.
For Halbwachs,⁴ the same memory is not a purely individual construct; it is mediated and constructed by social arrangements. Historical events, dramatic happenings or personal memories that are formed, kept and connected are always a function of socially constructed forms and relations. Because personal memory is inherently contestable, in order to validate it, we put forward a process of knitting our disjointed recollections into narratives, revising personal components to fit the collectively remembered past, and gradually cease to distinguish between them. Therefore, collective memory is always a mediated memory, a product of the interplay of experiences conveyed and manipulated through practices and media that transfer as well as transform memory, even antithetical to the cultural memory⁵ of each minority.
Indeed, in this sense, public art can be socially divisive. And that is exactly where it shows its inescapable power of de-structuring the official narrative of history that people have always assumed as lowered from the top, igniting social change. Thus, collective memory can be seen as the reconstruction of the past in the context of experience and understanding of the present according to the hegemonic culture of every macro-territory or society, which phenomenology is experienced in nationalist, propagandist and hegemonic public art. Cultural memory, on the other hand, is the story of those numerous new and old groups, that brought with them myths, attitudes, traditions and desires that need a sounding board to be better represented. When public art interacts with the world’s peripheries, often characterized by hyper diverse settlements intertwined with the local collective memory, it cannot miss the chance to operate as a platform of sharing and debate toward the co-creation of a common destiny that gives voice to the voiceless.

Collettivo 2666 – formed by Pier Luigi Sacco, Matthew D’Ambrosio Griffith, Maria Tartari, in collaboration with Flash Art’s editorial team – is a collaborative network of researchers that contribute to discussion about art in the public sphere. 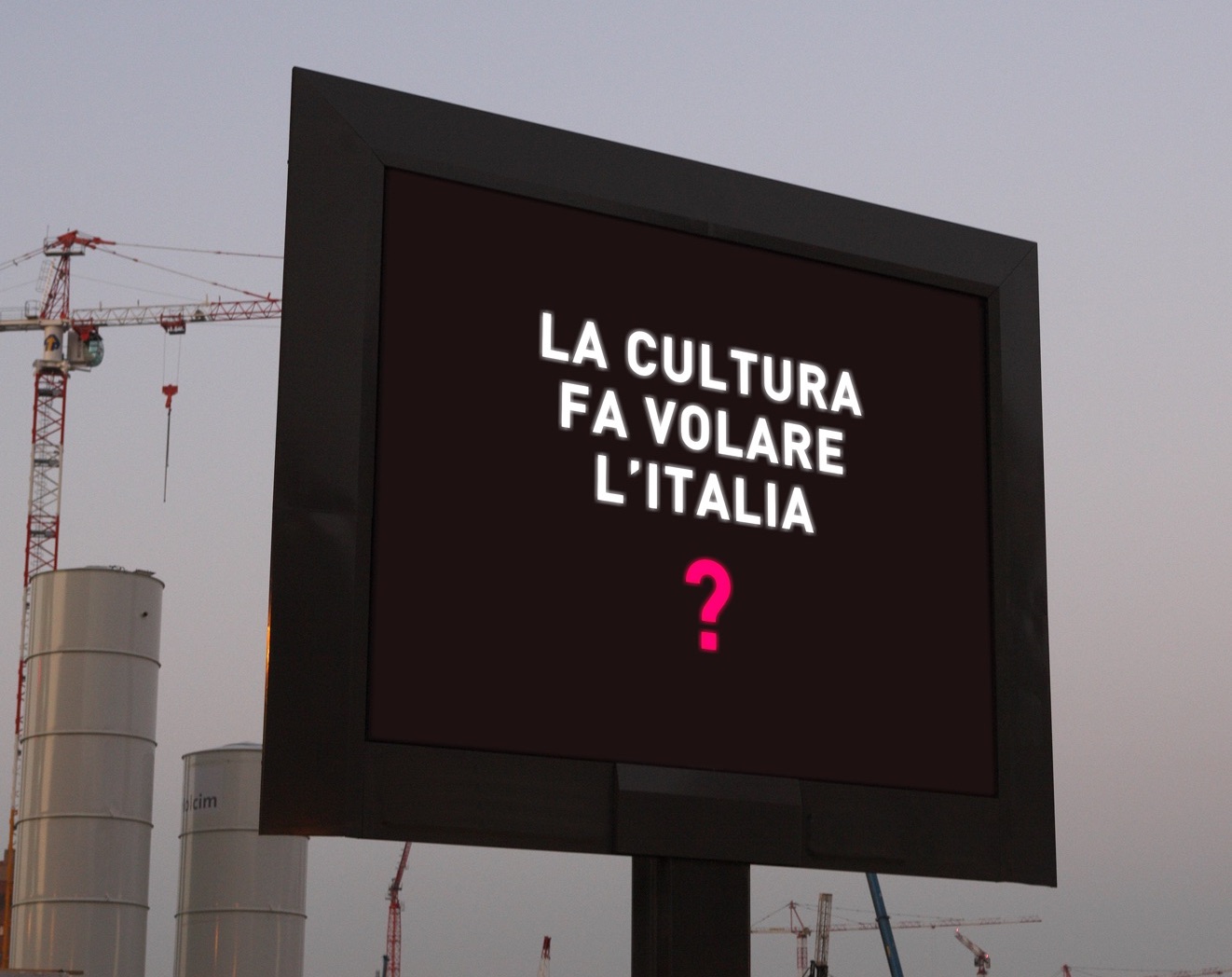