It seems appropriate that Mark A. Rodriguez’s new show should be not altogether new. I know I’ve seen those flowers before, simpering six-foot folk-art confections now playing bouncer at the gallery door. Same with the framed mailers for dubious-looking life insurance policies, printed on cardboard and carved up into puzzles. But even you hadn’t caught these at the old Park View, even if you’d never before laid eyes on Rodriguez’s turned-wood table legs and tchotchkes, you’d still catch a whiff of that carrion familiarity which the work preys upon. It’s the bummer and bounty of the thrift store. The swap-meet anxiety dream: patinated Americana set askew.

Among the new stuff, we find a collection of storybook window shutters painted mint green (Will call cabin 1, 2019) — fourteen in all — which, according to the press release, are reproductions of an original pair salvaged from San Francisco’s Winterland Ballroom by a “historian and Grateful Dead fanatic.” A legendary venue in the annals of rock music, Winterland (shuttered in 1978 and demolished in 1985) is where Frampton came alive and where the Band danced their last waltz, but somehow the photos of the arena that that come up in an image search show no sign of Rodriguez’s shutters. Which of course doesn’t have to mean that his story is apocryphal, just that it doesn’t matter if it is or not when we’re talking about replicas of relics of fairytale window treatments. 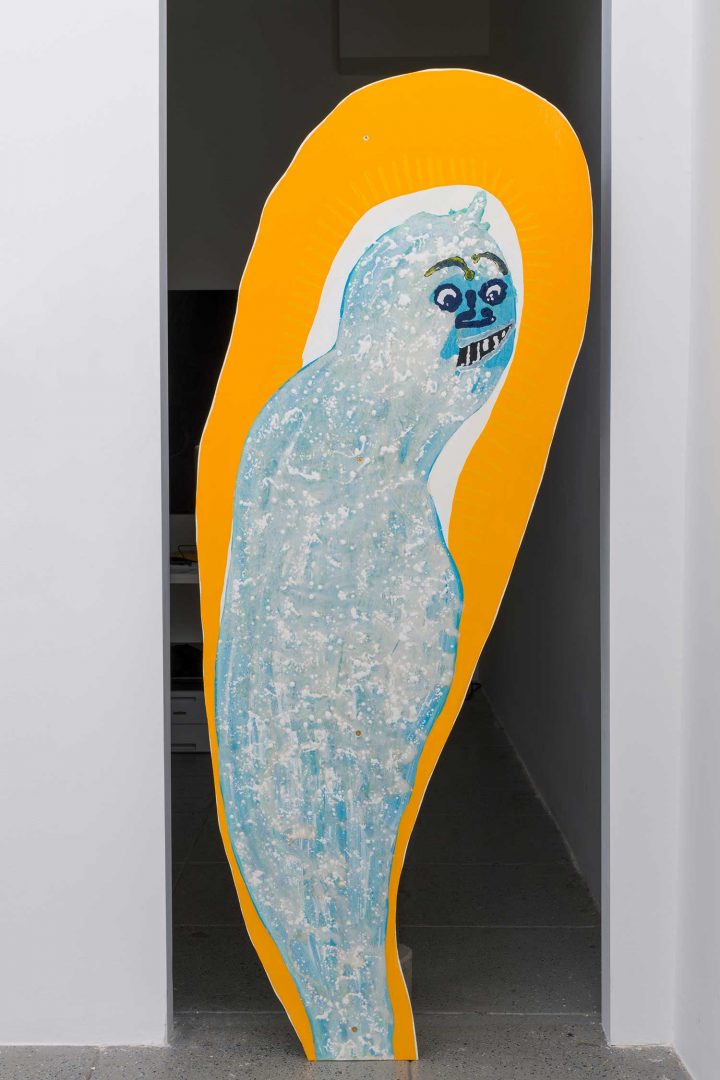 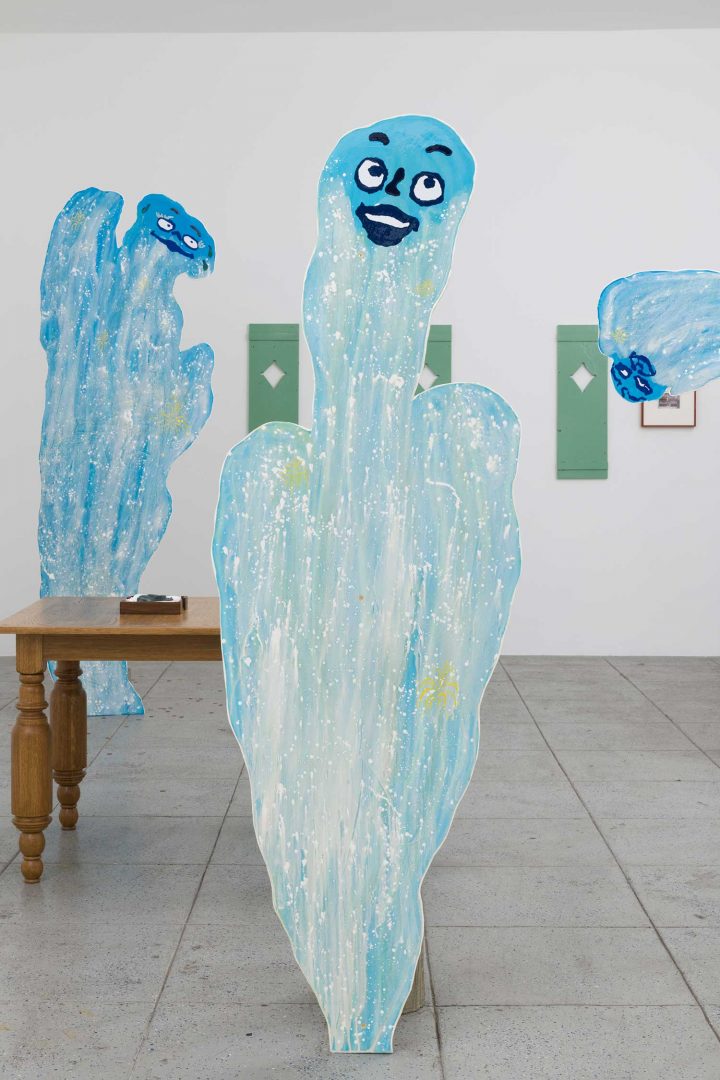 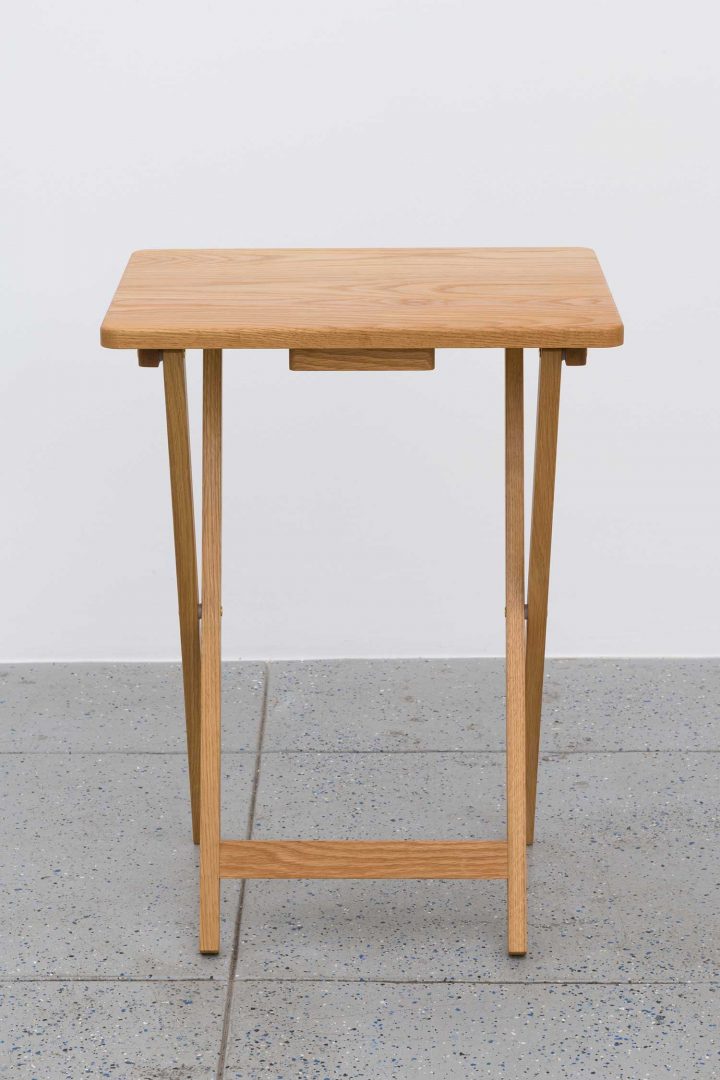 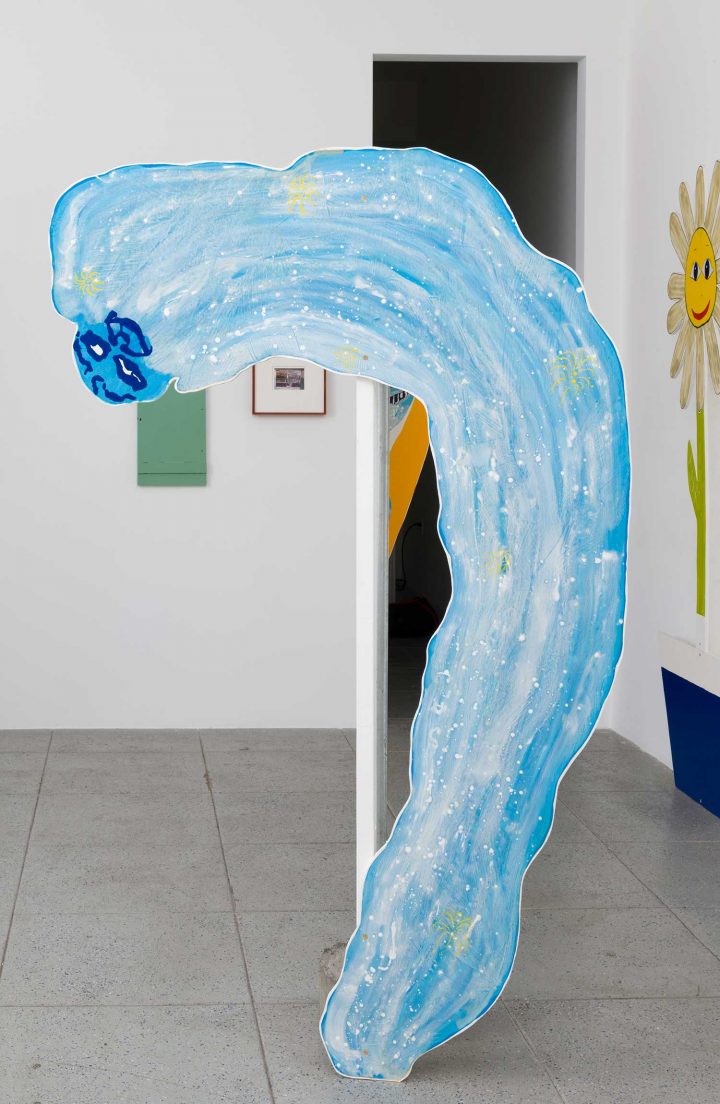 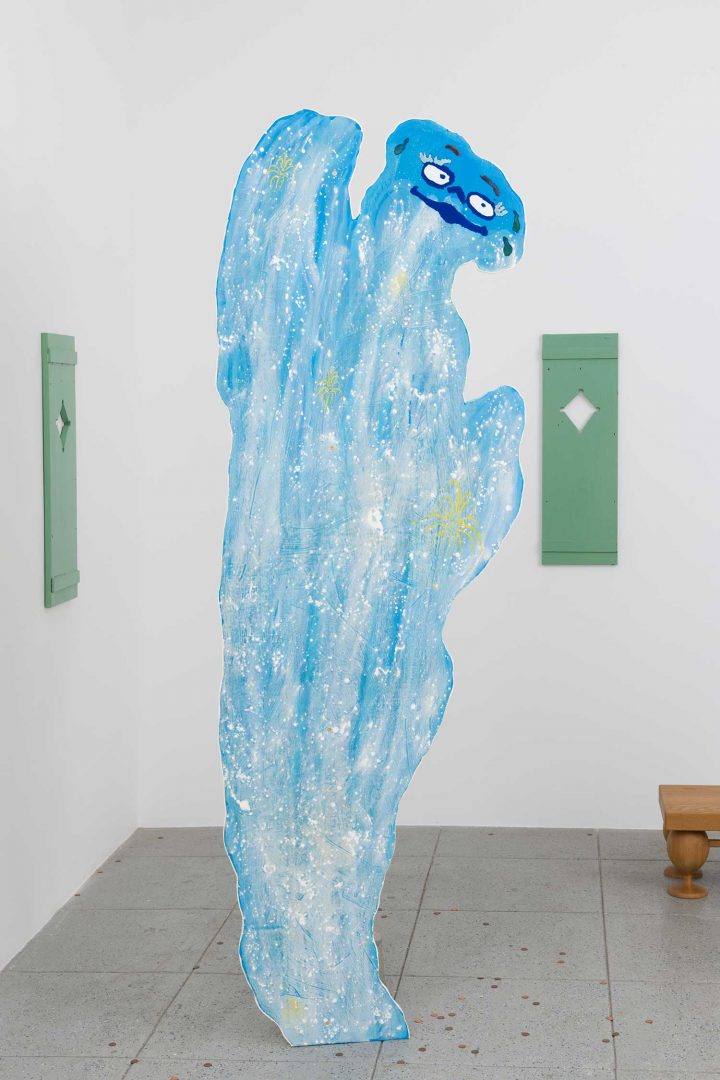 Next up: the Pushons. The press release does not address the name, and I didn’t ask. Apparently, though, there is a breed of dog so known — a portmanteau of Pug and Bichon Frise. Like the flowers, these are freestanding cutout figures made of painted wood. Blank in the back — as a sign should be — they have fronts in streaky, washy, mottled blues: running down through curving forms, these might have a littoral or even celestial bearing but for those faces — saccharine, giggling, and profoundly creepy faces. These might be the ghosts of an old colloquialism, sinister and banal.

The J. Paul Getty Trust, one of the most prestigious international cultural and philanthropic institutions for visual arts, has recently…