The delicate relationship between sculpture and object permeates Isa Genzken’s solo exhibition at Kunsthalle Bern. All of Genzken’s research on sculpture and her attempts to subvert the modernist canon, both internally and externally, can be read in relation to various ideas by seminal contributors to the contemporary arts journal October: from “Sculpture in the Expanded Field” (1979) by Rosalind Krauss, to the theories of Benjamin H.D. Buchloh on commodity-objects and the aesthetics of the postmodern image, to Hal Foster and his notion of postmodernism relative to the contemporary.

The latter was discussed by Foster in an interview with Bret Schneider and Omair Hussain featured in Platypus Review 22, April 2010, titled “Is the Funeral for the Wrong Corpse?” — citing Foster’s “This Funeral is for the Wrong Corpse” in Design and Crime (and Other Diatribes), London, Verso, 2002 — in which Foster interpreted the postmodern expansion as an implosion and inevitable decline into repetition and cliché. Genzken was included here among artists who use a Dadaist approach as a form of criticism, a trait identifiable through a certain use of mimesis and her exasperation with capitalist society. “For me it is a mistake — an old postmodernist mistake — to monumentalize or to totalize modernism. And sometimes these artists do that. Genzken does it, for example, in her work on the Bauhaus. But as an artist she is not obliged to be historically precise,” wrote Foster, alluding to the artist’s “Fuck the Bauhaus” series. He viewed this “game” of monumentalism — precisely one of the “isms” so dear to modernism — as another one of the nostalgic models that postmodernism has adopted in its attempt to reestablish itself as a viable mode of art.

Throughout her production, Genzken has continued to reflect upon the architectural dimension of the object in the world, starting from her hyperbolo and ellipsoid shapes during the late 1970s (not on display). Today she still explores the internal and external boundaries of the object, as well as its intimate relationship with fetishism and the culture of design and display.

The rooms of the ground floor of the Kunsthalle, excepting the fourth, present forty or so models of public projects starting from the early 1980s, most of which were never realized. Each one is flanked by a wall text (all of them written by Manfred Hermes) that underscores the documentary nature of the exhibition. These are accompanied by Ohr (Ear, 1981) — three photographs that date back to the artist’s New York years. During this period, Genzken developed a visceral, almost sacred interest in the human ear. Her fixation is also evident in the “Weltempfänger” (World Receiver) series, concrete sculptures with antennas that recall the physiological properties of the ear. Ohne Titel, an installation presented at Skulptur Projekte Münster in 2007, breaks the tension of the room with its perfectly arranged equilibrium, forcing viewers to come to terms with the found objects of Genzken’s brutal and chaotic side: puppets, dolls, beach umbrellas, inflatable toys, Hawaiian leis, etc. These objects had been placed in front of Münster Cathedral and left on their own, subject to the will of time and the public (though not without creating controversy) and eventually consumed by their months on view. The fetishistic character present in these works was analyzed by Buchloh in his 1992 text “All Things Being Equal,” published in Artforum’s November 2005 issue. In the text, Buchloh outlines one of the main critical points of coeval sculpture: that is, the interchangeability of objects and media, creating such a close alignment it becomes impossible to formulate new criteria. This leveling between the two undoubtedly hinges upon how production over the last decades has combined with the psychosis of consumerism in order to legitimize “the stratum of collective object-relations.” 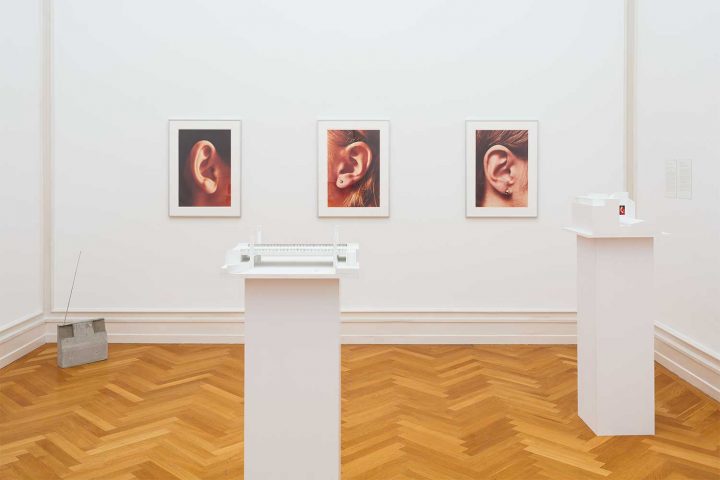 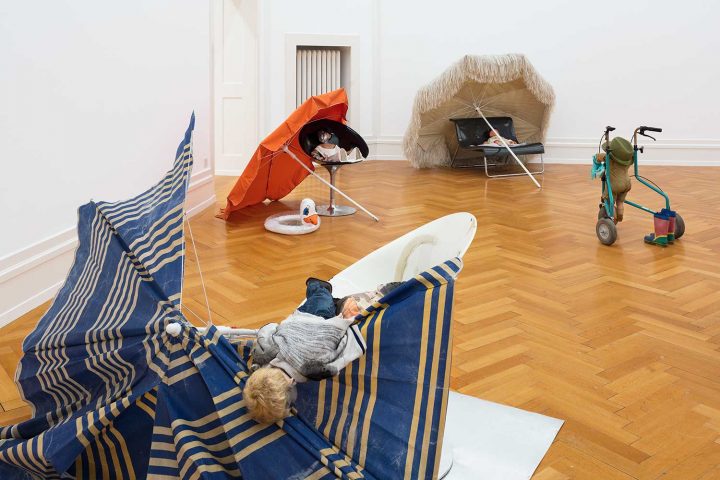 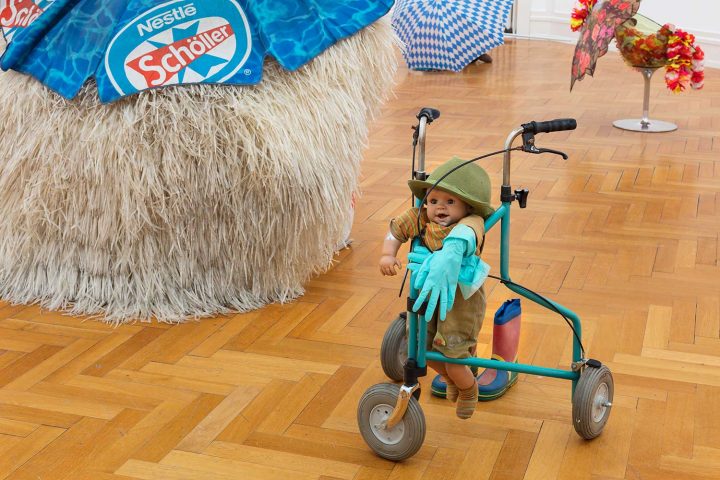 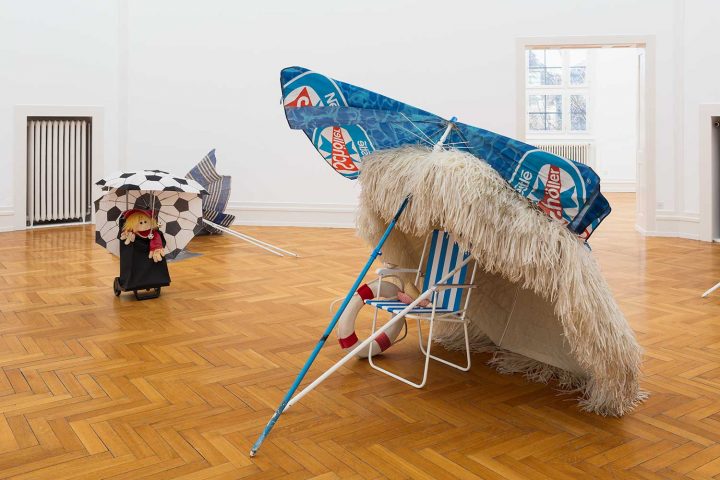 Genzken’s approach to the use of the object, however, remains as sharp as ever; she never lets herself get fully carried away by an accumulation of mess or disorganization. In Ohne Titel, for example, its composition prevails above all else, as in all of her works. Consider Nofretete (2014), plaster casts of the bust of the princess Nefertiti resting on wooden plinths (the medium par excellence since the very beginning); or Untitled (2018), an MDF sculpture that evolves upward in height, in keeping with the artist’s tendency toward monumentalism: here fetishism is no longer understood within the capitalist context that Buchloh spoke of. Rather, it is cynical, composed, revealing the present-day urge to celebrate the characteristics of (new) object-icons.