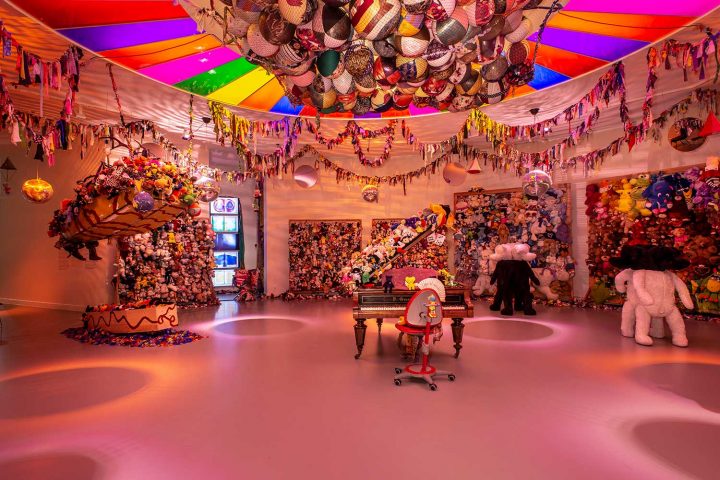 The animal totems of Kabbalic mystery remain a favorite theme of his boundary-defying practice, which often incorporates sacred song. Plush toys dangle from the ceiling and adorn the grand piano. The exhibition is at once memorial and altar to the joy of the everyday and the site of ritual. A prolific experimental musician and performer, for many years Palestine has executed shamanistic happenings among his animal divinities. Near the door, soothing chants emanate from a series of monitors playing a selection of his video work. 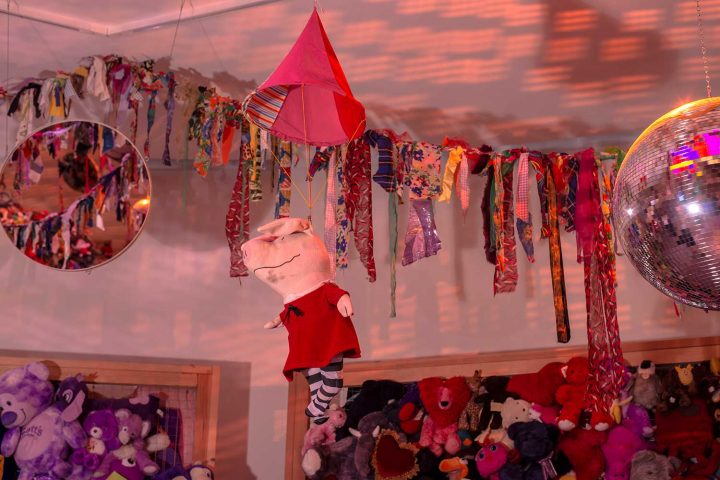 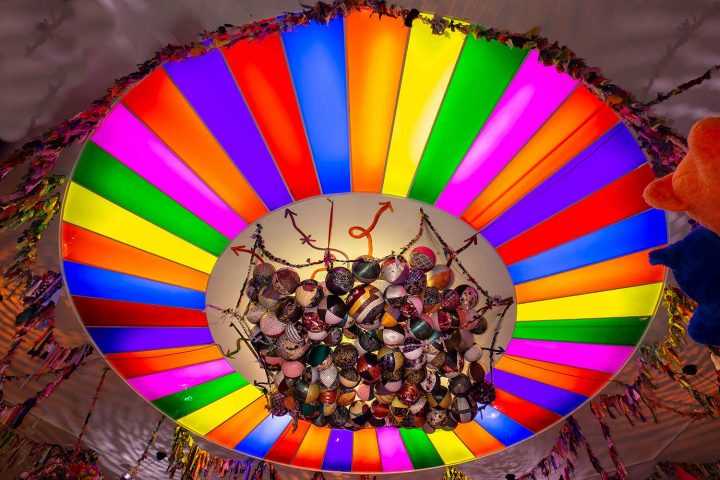 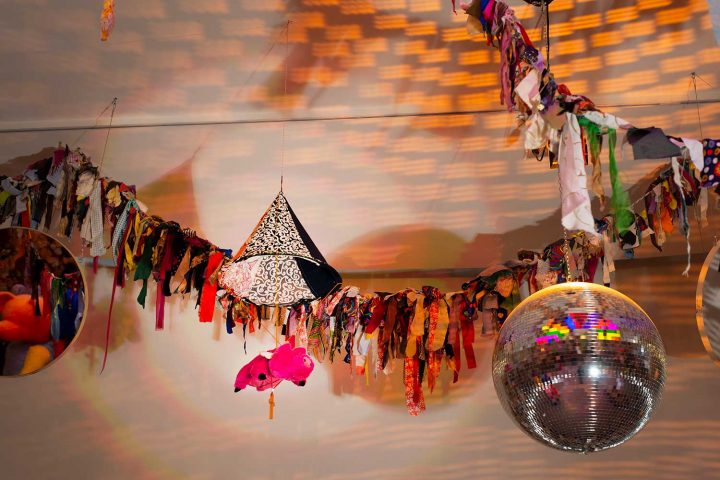 Large wooden panels around the gallery are abundant with plush animals of every variety. Kaleidoscopic light falls upon a gentle repetition of soft bodies encircling the space. Their arrangement complicates the dichotomy between mass production and unique object. Pinned together in some places according to color, shape, size, or brand, the masses of secondhand toys reflect a vulgar waste created by a cheap commodity. By chance, the eye falls on a dishevelled friendly face, a little furry body and relic of one’s own childhood long forgotten. One wonders where they all came from? Where are the children who owned these creatures? The viewer feels a jolt of emotion. The traumas and innocent joys of our past return to us. We consider the sacrality of the tatty debris of childhood, the emotional content of polyester. This benevolent world of make-believe is a powerful monument to the universal human desire to care and be cared for.