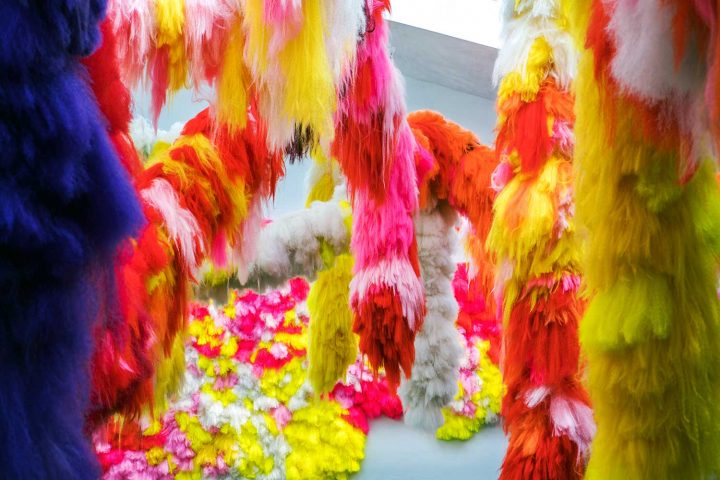 The title of the 2019 exhibition program of Helsinki’s Museum of Contemporary Art Kiasma is “Here You Are,” and it revolves around themes of sharing, hospitality, and meeting. Included in this program is the exhibition “Nervescape VIII,” an immersive installation courtesy of Icelander Hrafnhildur Arnardóttir, also known as “Shoplifter” — a nickname the artist adopted upon moving to New York, in 1994, due to the constant mispronunciation of her name.

“Nervescape VIII” occupies the entire fifth floor of Kiasma and marks the artist’s first important exhibition in Finland, in the same year that she will represent Iceland this summer at the 58th Venice Biennale. The installation is part of the series “Nervescape,” which started in 2012 and changes its appearance and color in every iteration, depending on the space in which it is exhibited. In this case, the work was also conceived as an inclusive space for live events such as concerts or symposiums, as Shoplifter herself loves to work in a middle territory between art, craftsmanship, and design, and has several ongoing collaborations with fashion designers and musicians. 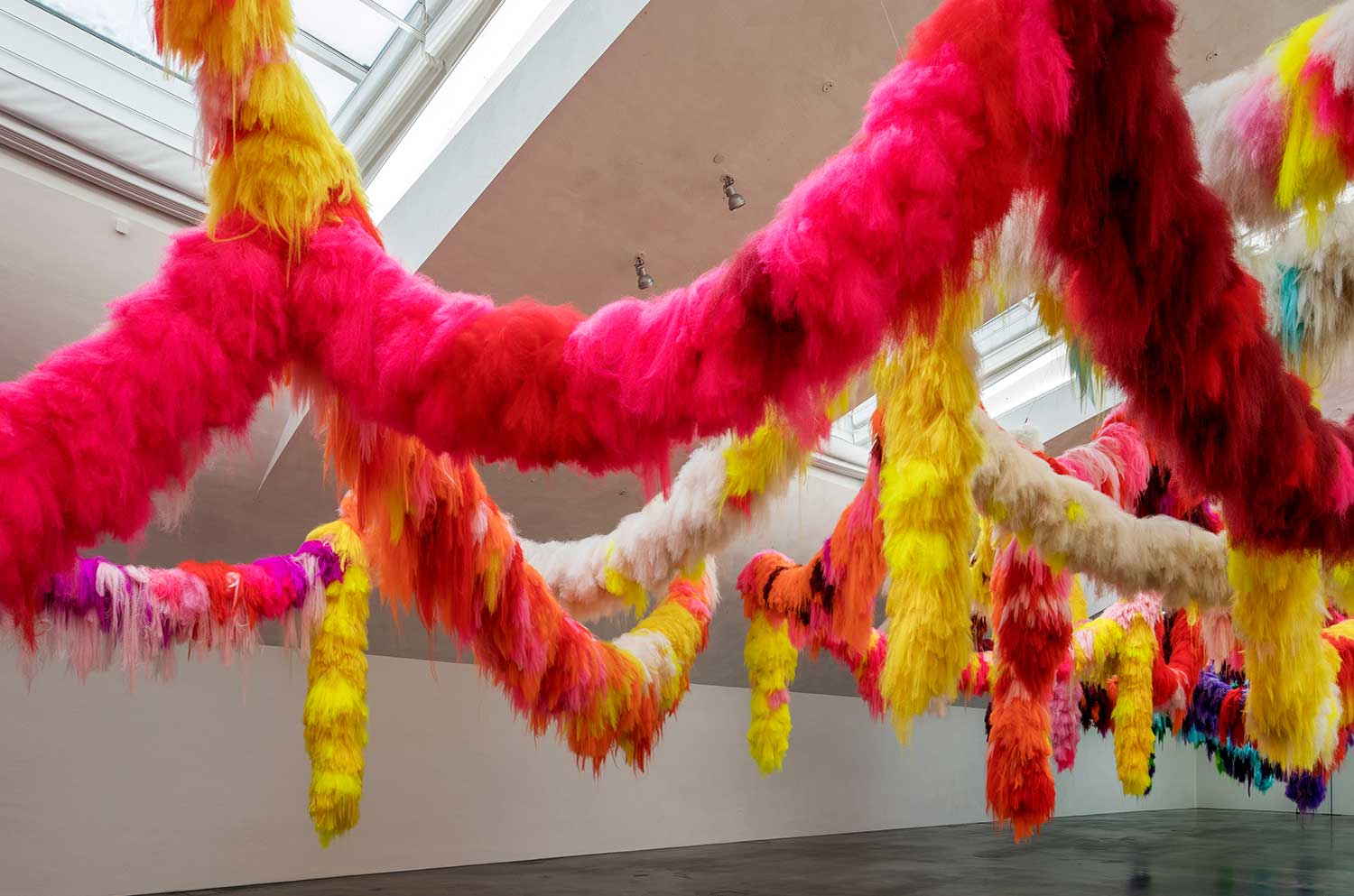 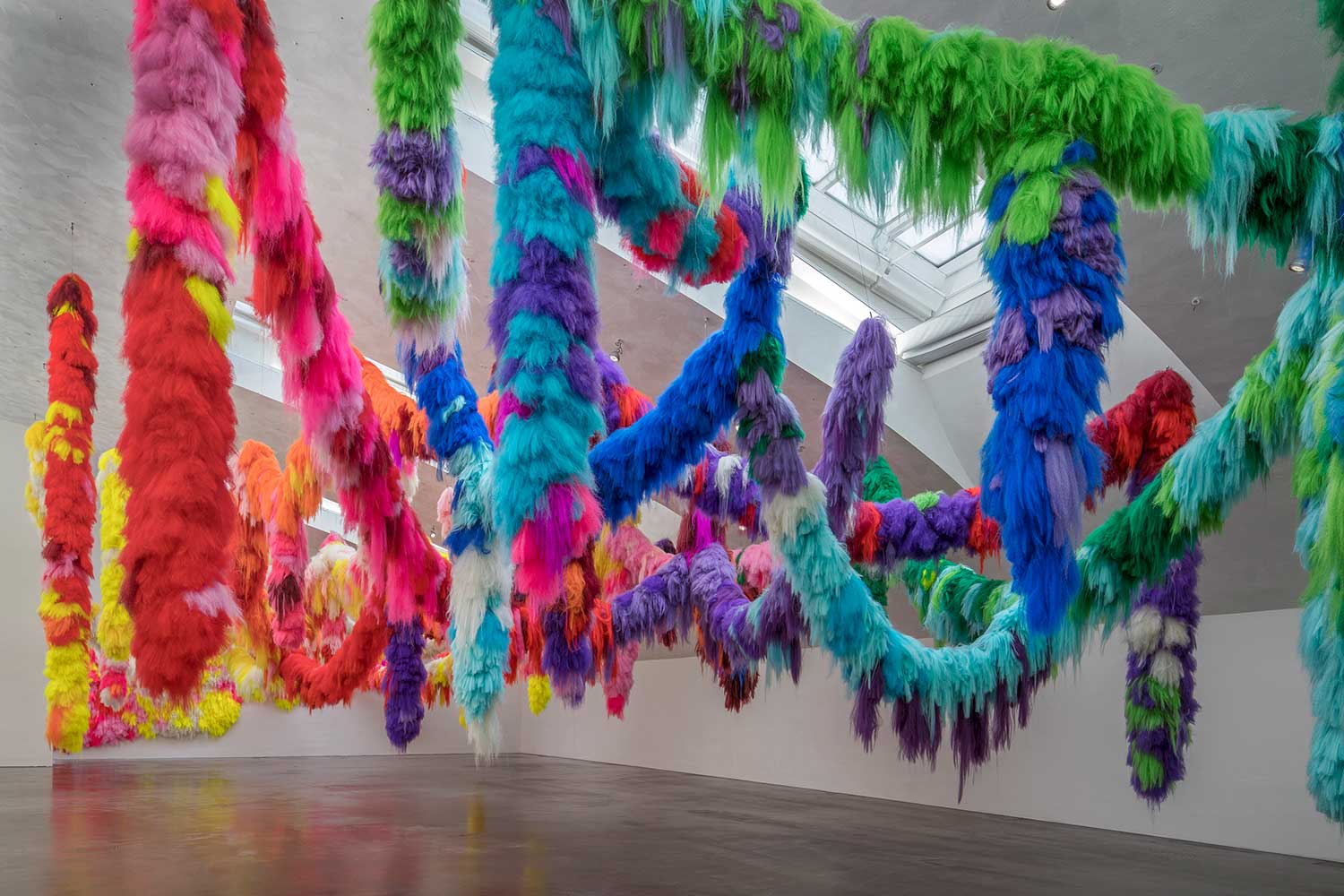 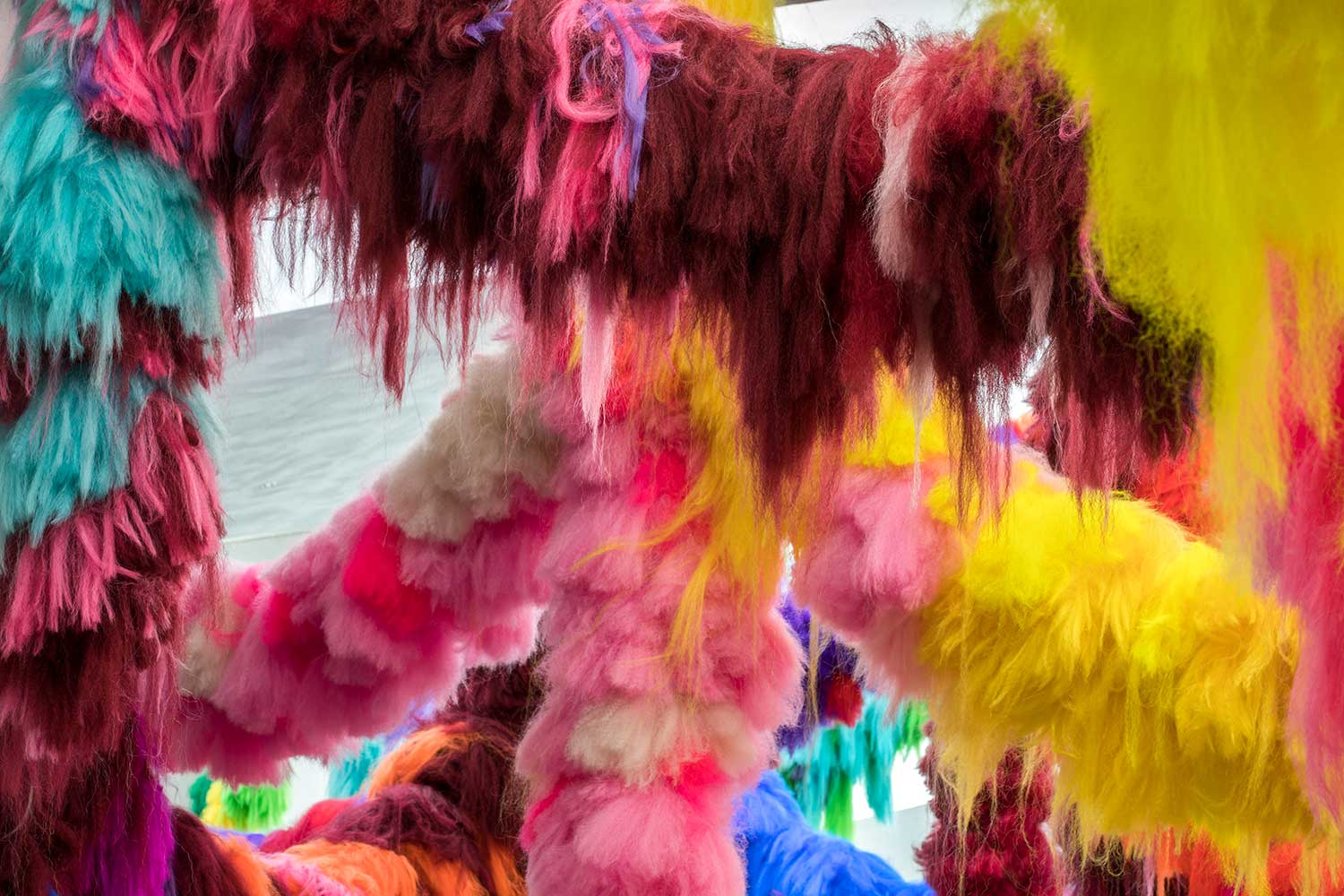 What characterizes all of Shoplifter’s work is a material that recalls both beauty and vanity, both disgust and shame: it is our hair, at once a protective filter and a vehicle for expression of identity. If the artist initially chose human hair, mostly brunette, in order to create braids and extremely elaborate sculptures, she later adopted artificial hair, preferring its infinite potential for combinations of shockingly bright colors. By braiding, brushing, weaving, and burning locks of hair, Shoplifter effectively populates her world of sculptures, big and small, with a grotesque and humorous character.

There’s irony and joy to be found in the work’s organic nature, its dual ability to caress and be pampered, its chromotherapy, and its references to the macro- and microcosmic. Climbing and creeping strands invade the main space of the exhibition, while the silhouette of a mammoth on the wall in front of the great window of the museum looks out upon the city’s historic amusement park and new library.

In 2011, when the citizens of Helsinki were asked about the construction of a Guggenheim museum, 50% had said “yes”. 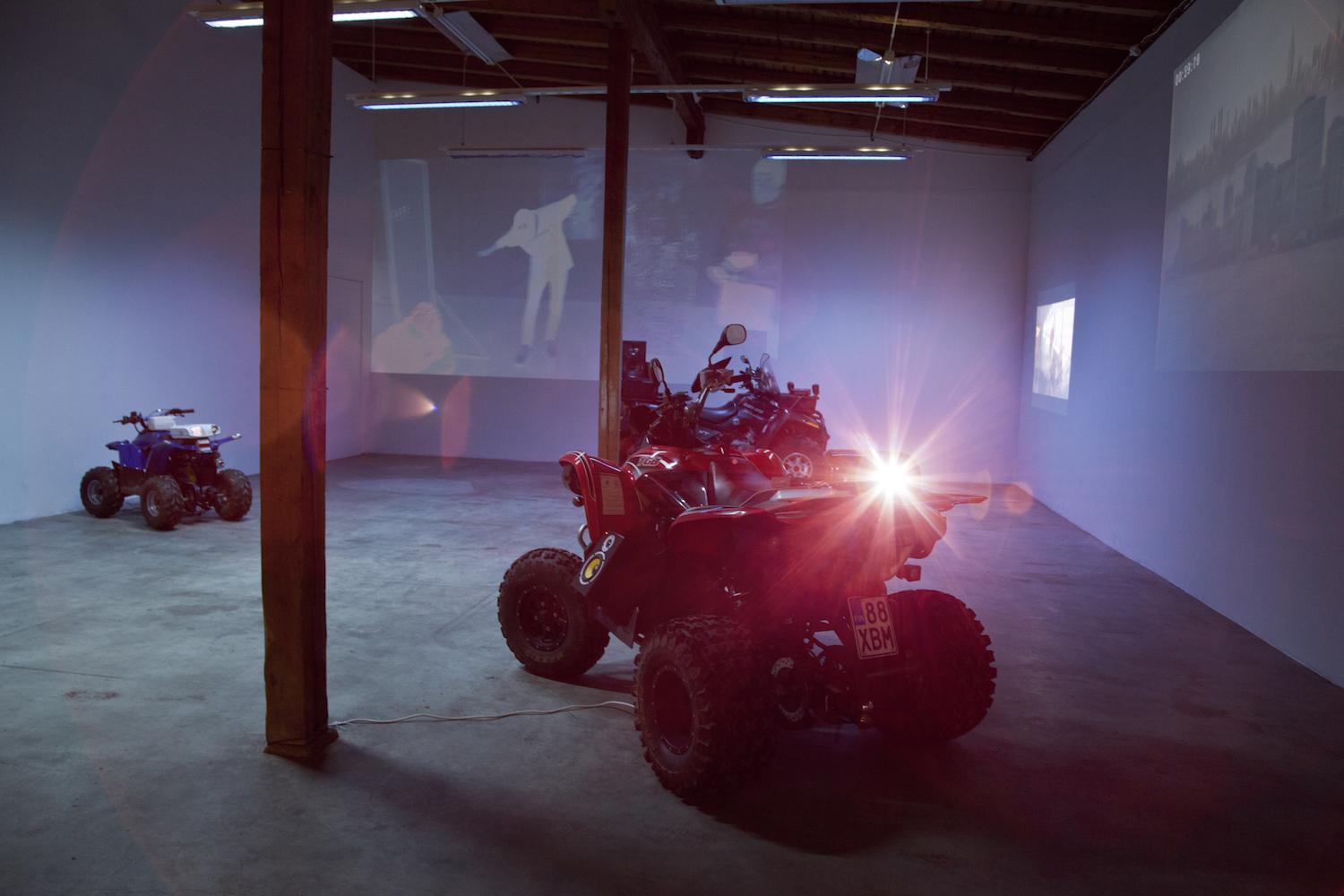 SIC Gallery is a space for contemporary art founded in Helsinki, Finland, in 2012, by artists Olli Keränen, Karri Kuoppala,…