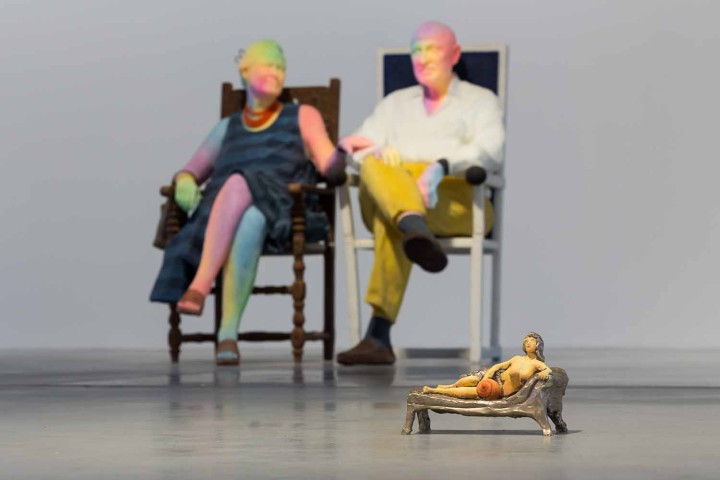 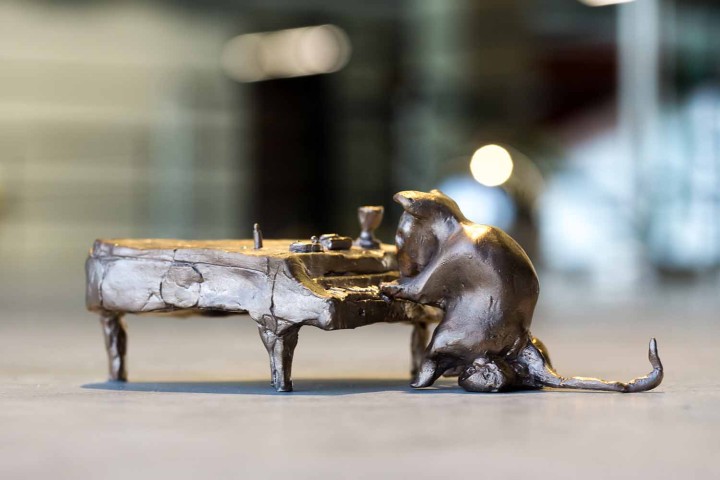 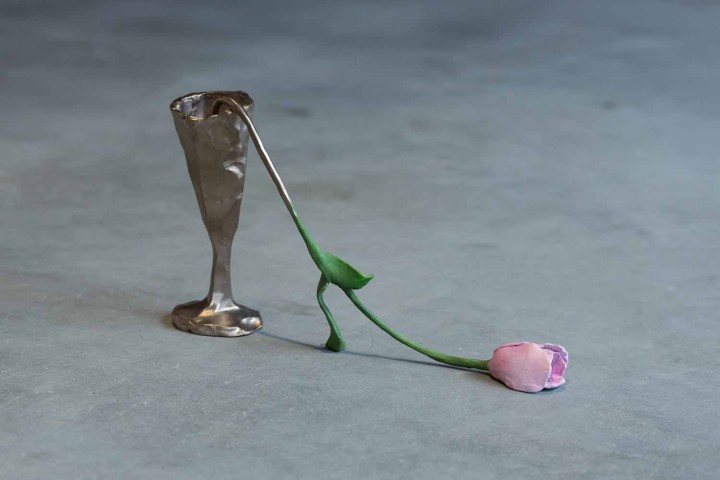 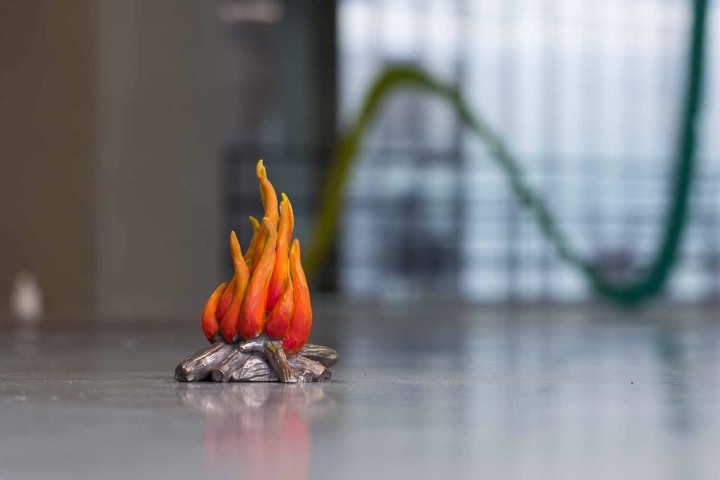 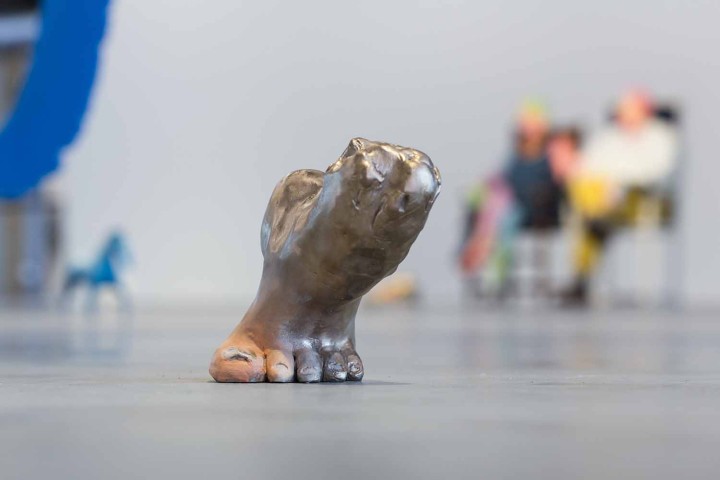 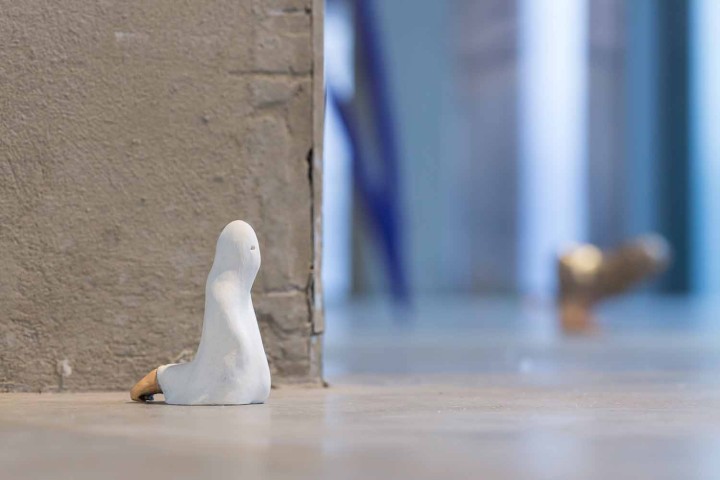 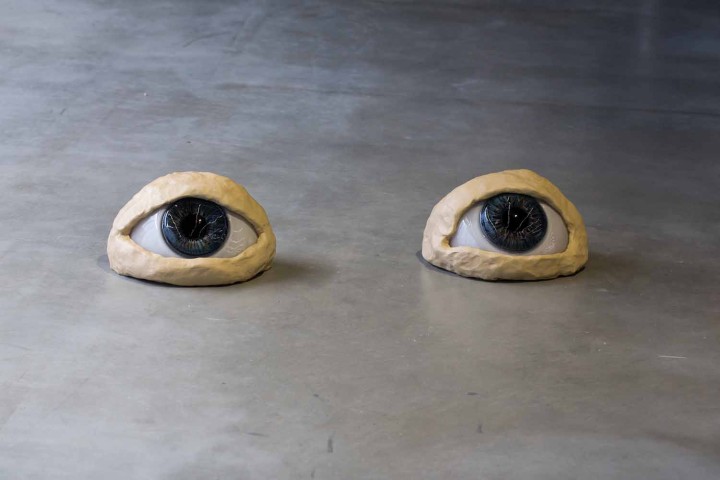 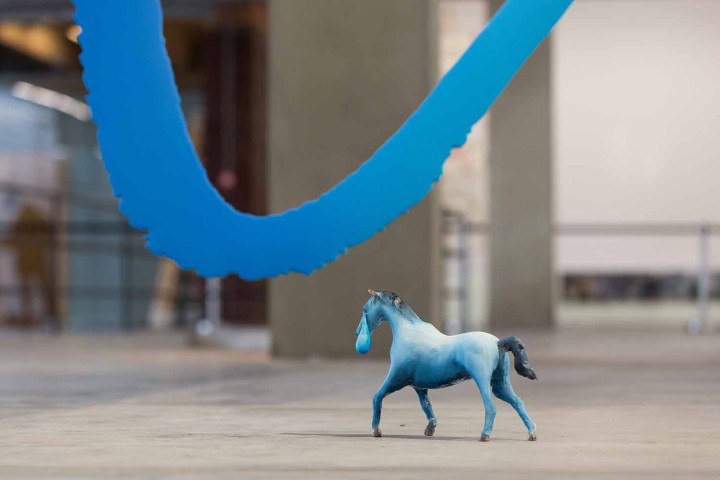 While it’s easy to be glib about a practice that’s neither conceptual nor critical, one wonders if a museum can also be home to less complicated pleasures: a ludic approach to space and matter, a visceral feel for what’s interesting, a sense of style. I guess it depends on what you’re into. In Moscow, Garage wants to create a civic interest in contemporary art where practically none exists. To this end, the institution’s program is incomparably dense with public and educational initiatives. Urs Fischer’s large-scale installation YES (2011–ongoing), located in a courtyard adjacent to the museum, is consistent with this imperative. Every day the public is invited to manipulate wet clay into objects, which are then added to the existing collection of sundry unfired sculptures, an expanse of mute creatures and experiments.

Indoors, on view in the museum’s central gallery, are more choate sculptures — these authored by Fischer exclusively. Many are miniatures in cast bronze placed directly on the gallery floor: a snail on a reflective silver helmet, a small red-and-orange flame issuing from a group of logs, a cat on a chair, a swan. Among these are some of Fischer’s staple figurative elements: fruits, chairs, eyes, feet, mice, women. Elsewhere, two life-size seated figures are set in wax in a rainbow gradient, their heads each crowned by a flickering candle wick lit on the day of the exhibition’s opening. Bruno & Yoyo (2015), a portrait of the influential Zurich art dealers and collectors Bruno and Yoyo Bischofberger, are slowly melting over the course of the exhibition. It’s a gesture less dramatic than those Fischer has been known to make, and one whose interest in the role of the collector or the value of the art object reads as subsidiary to the work’s tepid, self-reflexive humor.