The incursion of fashion designers into other creative realms frequently invokes dismissiveness or derision, especially when the designer is young. This bias is founded on the assumption that style is inimical to substance, and that accordingly fashion is a far more superficial discipline than others. However, it is difficult to imagine such a judgment being made of “A Time for New Dreams,” an exhibition curated by Grace Wales Bonner, who is a fashion designer in her mid-twenties.

The show takes its title from a 2011 collection of essays by Ben Okri, many of whose poems are written on the walls of the gallery. In the show, Wales Bonner brings together work by African diaspora artists, including Chino Amobi, Black Audio Film Collective, Liz Johnson Artur, David Hammons, Rotimi Fani Kayode, Kapwani Kiwanga, Eric N. Mack, Paul Mpagi Sepuya, Sahel Sounds, Laraaji, and Rashid Johnson.

These works are ostensibly unified by themes of mysticism, ritual, and magic in black cultural and aesthetic practices. In the introduction to the exhibition guide, Serpentine curators Claude Adjil and Joseph Constable write that in exploring such elements Wales Bonner “envisions a space where new dreams and potentially new worlds can emerge.” Certainly I found that this very powerful show is pervaded by a sense of potentiality; yet this potentiality’s presence is intimated by absence.

In some works, this dynamic is almost explicitly thematized. One instance is Eric N. Mack’s installation A Lesson in Perspective (2017), which consists of a wool net curtain, a tent cover, and sheets of linen, silk, polyester, and velour hanging from the ceiling. The hole in the tent cover entices viewers to see what lies on the installation’s other side, and yet when one ventures round, one finds oneself looking through the same hole — once again tempted to see what lies behind it. Or Paul Mpagi Sepuya’s archival pigment prints, A Ground (_IMG6936) (2015) and Darkroom Mirror Study (0X5A1519) (2017), both of which depict rooms (seemingly artists’ studios) almost totally hidden by sheets. Or the photographs by the late Fani-Kayode, especially Maternal Milk (c. 1986), in which muscular black bodies are partially obscured by shadows.

However, the sense of restrained possibility is also evident in works whose artists perhaps did not set out to give such an impression. David Hammons’s The Holy Bible: Old Testament (2002) was produced as an artist’s book in an edition of 165, and consists of a 1997 softcover edition of The Complete Works of Marcel Duchamp, by Arturo Schwartz, here rebound to resemble a Bible with a slipcase. In “A Time for New Dreams,” though, we are not provided with the context of the piece’s conceptual jollity, and the edition on view is in a glass cabinet, inside its slipcase.

Even the most plenitudinous and luxurious works in the show gesture to more than they present: During the exhibition’s opening days, the musician Laraaji led a series of meditation workshops; a large amount of paraphernalia and ephemera from the event now lies on a huge rug surrounding a conspicuously empty area where Laraaji sat. And when visitors walk into the Sackler Gallery they are immediately faced with two works by Rashid Johnson, Untitled (daybed 1) (2012) and Untitled (daybed 6) (2012) — daybeds that have been clad in zebra skin to resemble couches, placed on patterned rugs. These works originate from a 2012 exhibition at South London Gallery, in which Johnson imagined a society in which psychotherapy is a freely available drop-in service. However, this context is once again lacking, and consequently these vacant couches seem like errant parts of missing wholes. 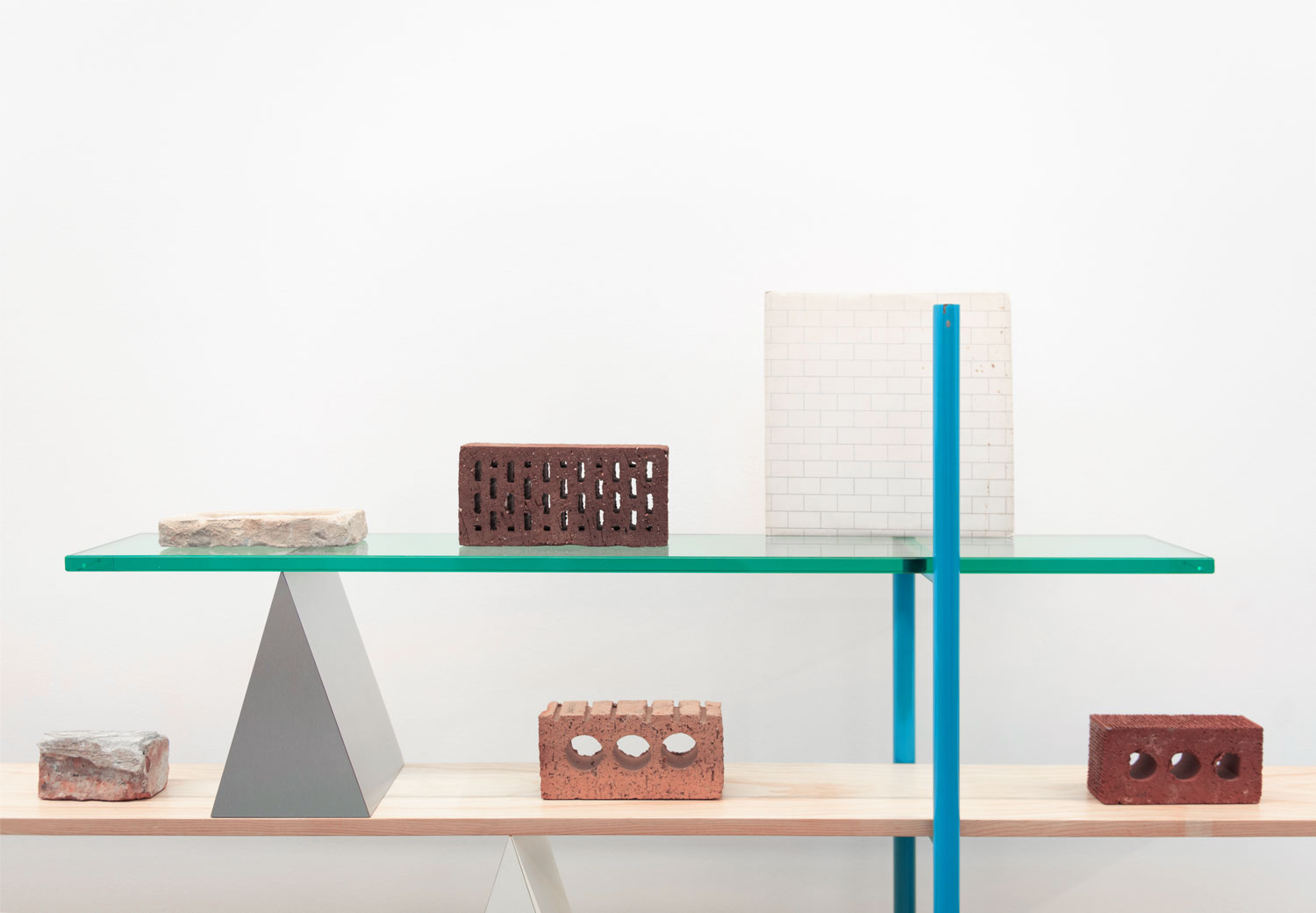 For his exhibition at the Serpentine Sackler, Martino Gamper creates an environment resembling a furniture salesroom. Performing the role of…