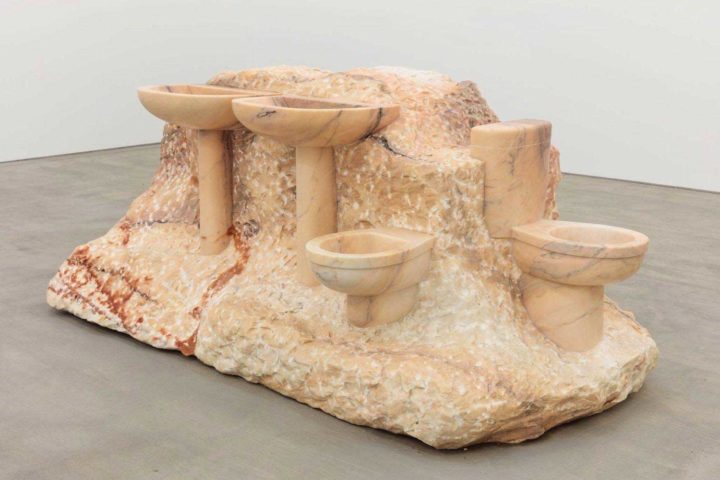 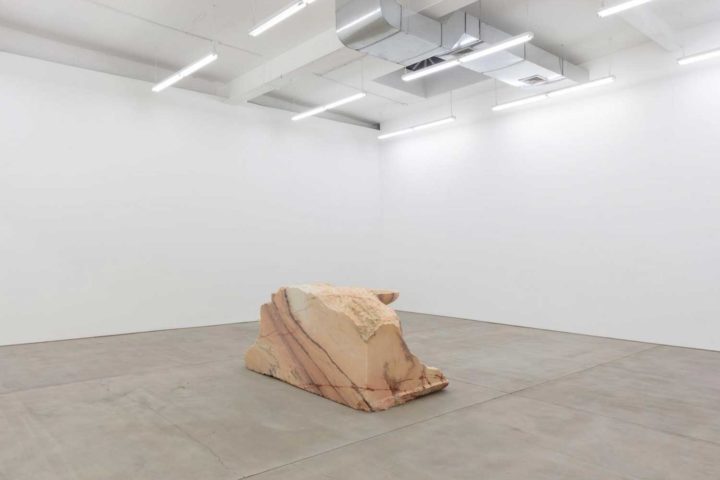 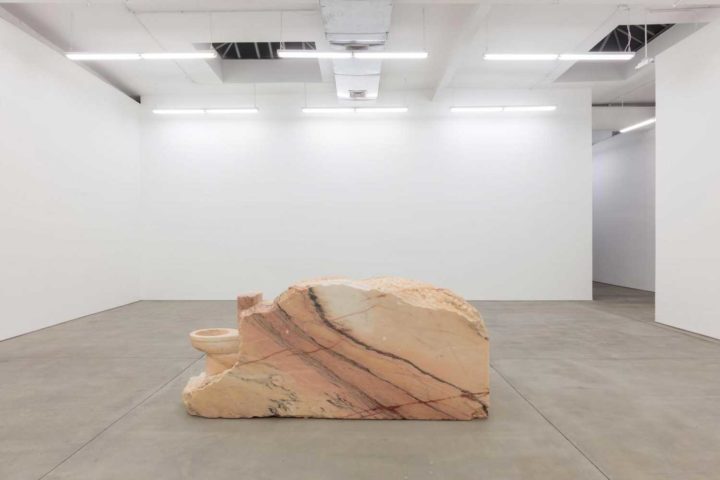 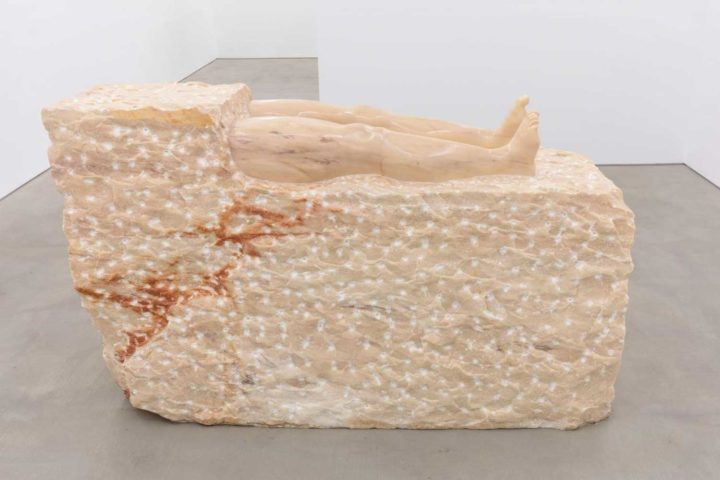 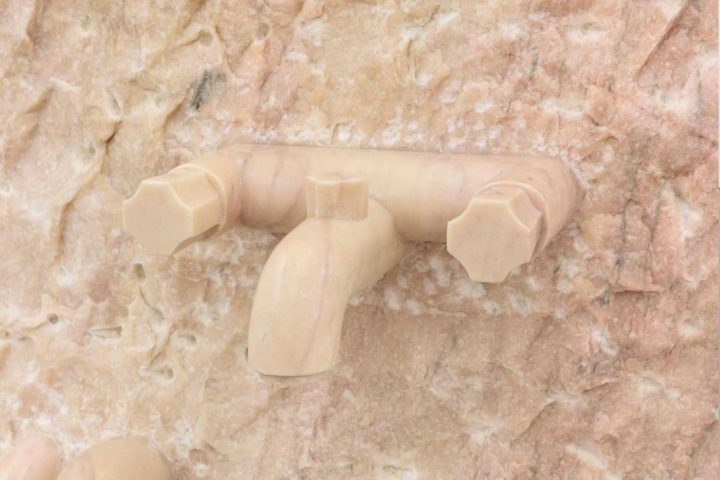 “Rosa Aurora Rosa,” Daniel Dewar & Grégory Gicquel’s first exhibition at Clearing, presents massive surrealistic sculptures that convey the aura of forgotten cities. Four huge marble blocks — some weighing more than seven tons — are treated in the manner of the classical non finito, with shapes emerging from the dramatic potential of the material.

Bathroom fixtures, often accompanied by a human hand or leg, are carved into raw pink Portuguese marble. Perfectly sanded and polished washbasins, showerheads, and bidets exude wetness, contrasting with the salty, grainy, irregular surface of the untouched marble surface. The shiny polish suggests traces of water, as if water is running through these sculptures — that they are functional. Even further, this illusory wetness suggests that life runs through their pipes. Alive or not, we see them as hybrid objects: part human, part stone, part fluid, part solid, part trivial, part erotic, part utility, part spiritual device. Through the symbolic circulation of water and bodily fluids these sculptures can be read as an ode to the civilization of cleanliness — or at the very least as an ode to tap water, one of the most underrated inventions of the twentieth century. But they also read as enigmatic relics reminiscent of ancient tombstones, or the ruins of Pompeii, where men and women were petrified for eternity by the broiling ash of a sudden volcanic eruption, surprised by death in the midst of less-than-heroic moments. The four sculptures are titled Nudes (III, IV, V and VII), but they don’t all display human features. Rather than featuring nudity per se, these objects refer to a context of nudity, the experiential ritual of personal hygiene. Whereas the bathroom is made functional by forming a closed, intimate space for the subject, here that dimensionality is reversed: we enclose the sculpture by walking around it. We might also appreciate the absurdity of Dewar & Gicquel’s approach, since they’re using one of the most binding techniques (stone carving) and noble materials (pink marble) to depict modern toilets — not exactly a universal motif of pride in any culture. By attributing elements of grandeur to a very intimate and at times potentially shameful ritual, Dewar & Gicquel breach the boundary between our desire for eternity and our humble human condition.