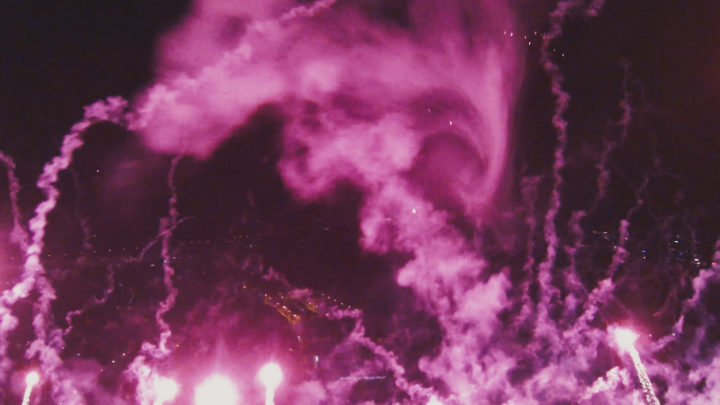 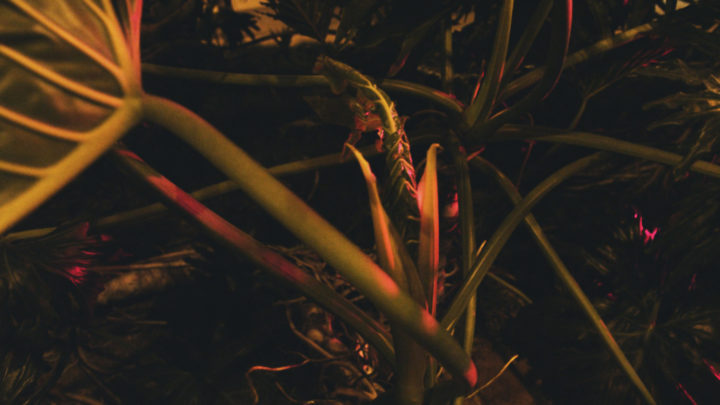 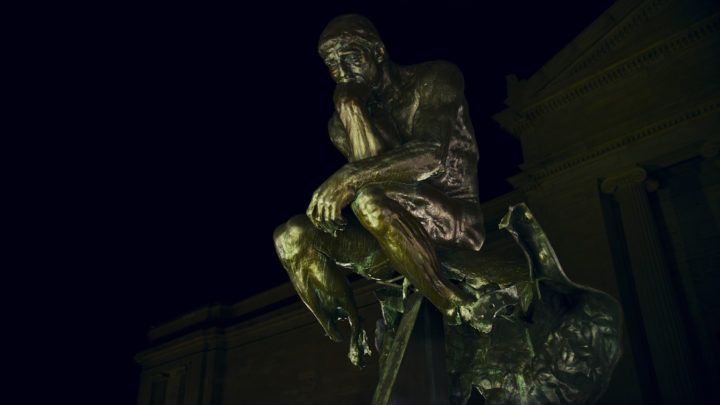 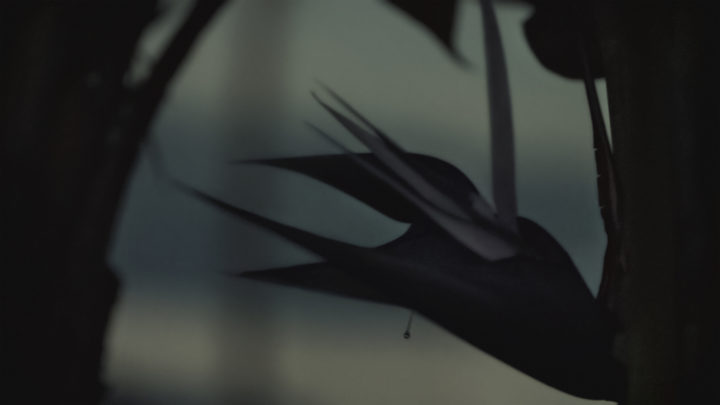 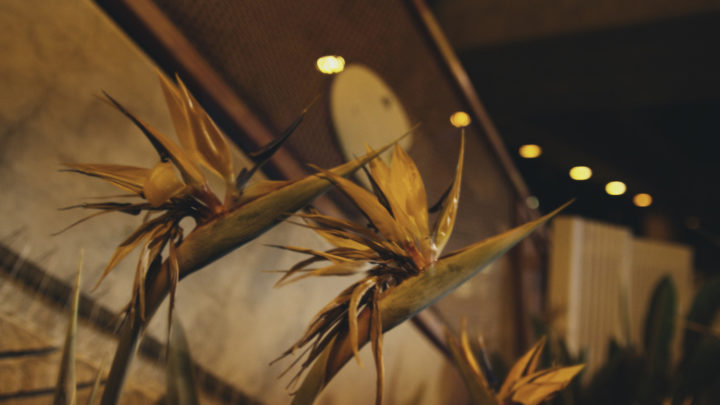 Cyprien Gaillard’s latest film, titled Nightlife (2015), is not about wild and glamorous parties. The fifteen-minute-long piece, which took the artist about two years to shoot, is a three-dimensional film shot entirely at night and devoid of any human presence. Slow motion is used throughout, combined with a looped chorus (“I was born a loser”) from an Alton Ellis song. The resulting hypnotic state allows viewers to imagine unpredictable connections between sequences.

The film documents evergreen, ever-waiting symbols and silent witnesses of our cities: a cohort of tropical plants in Los Angeles rave under kaleidoscopic light in slow motion; the Jesse Owens Olympic oak tree outgrows the James Ford Rhodes High School courtyard in Cleveland in a ghostly manner; a deflagrated Rodin Thinker sits in front of the Cleveland Museum of Art and bleeds air; the annual Pyronale fireworks event, shot from a drone, introduces the infamous Berlin Olympiastadion from above. By focusing on natural and cultural public features, Gaillard turns these municipal landmarks into subjects, injecting life into them and activating their narrative in a new way. The nocturnal context dramatizes each object-turned-subject, imbuing it with an ambiance of serene anonymity, vague mystery, arid solitude, unknown intentions, and potential surprise. The probable subtext of the film and the music score is the story of Jesse Owens, the African American athlete who won four gold medals at the 1936 Olympic games organized by the Nazis and was awarded four oak saplings by Hitler, one of which still lives on today at the James Ford Rhodes High School (featured in the film). Between the Owens oak tree and the Olympiastadion sequences sits the Thinker — damaged, ripped open, a metaphor for mankind’s infinite potential for violence. The symbolism of the sequence suggests that this violence can be defeated, even transformed into celebration. From horror, joy will grow anew, and from humiliation, pride — if we care to look and acknowledge. Gaillard explores the moment when public spaces and political symbols no longer interact with the masses. Do they become meaningless when no one is watching? Or, on the contrary, do they become enduring, absolute, free, irradiating their meaning and hence magnificent? Whether they dance or suffer, these relics keep carrying and claiming the message of our human adventure through trauma and redemption.

Within her ongoing series clustered into “chapters,” the book of R. H. Quaytman’s lifelong practice now has a detour into…