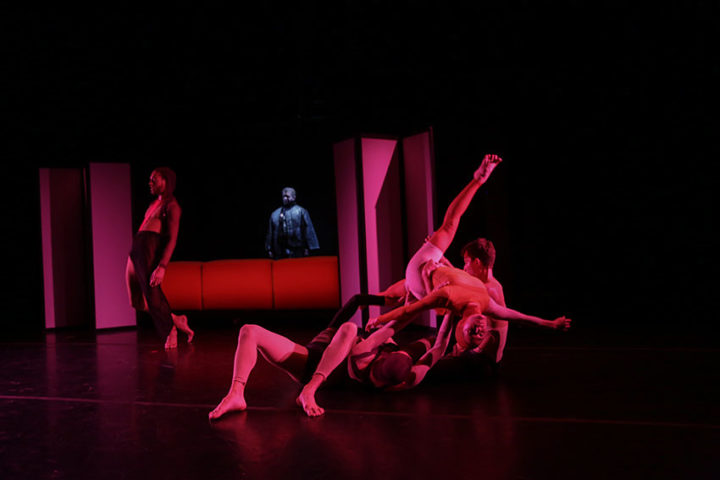 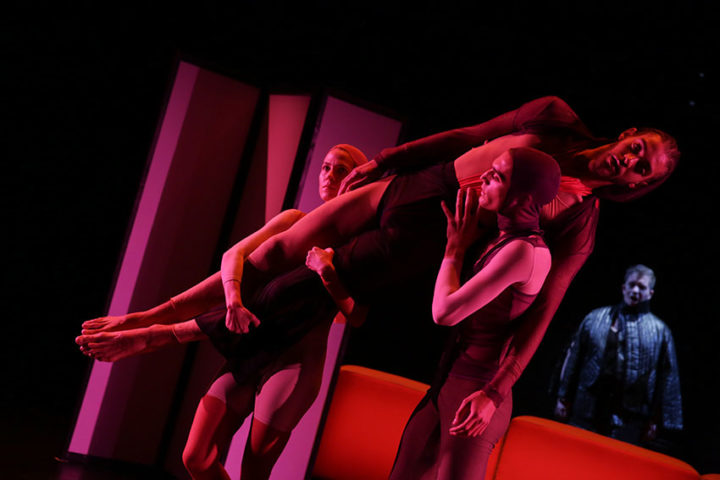 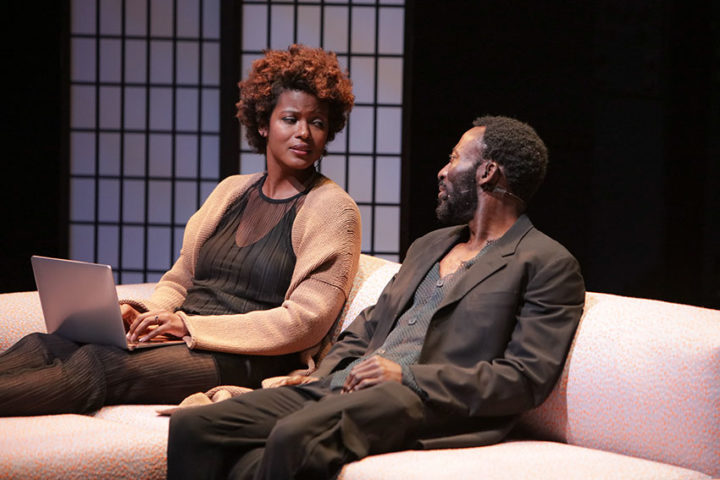 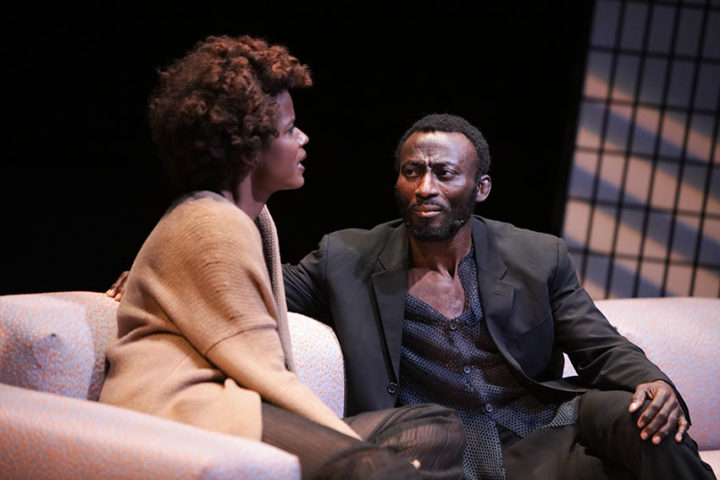 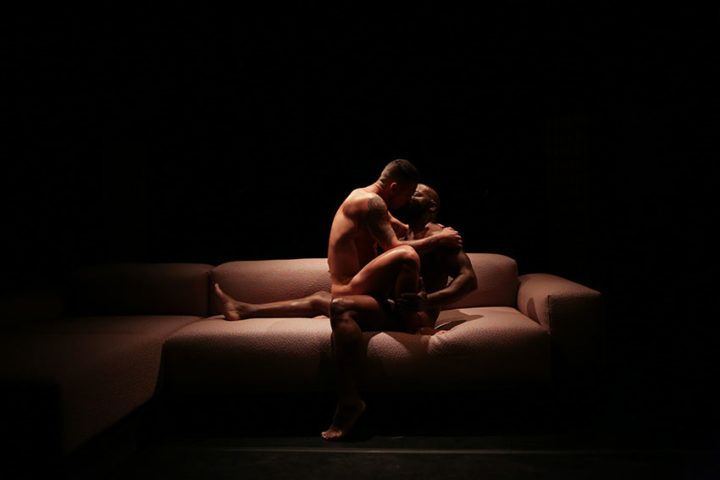 Experiencing interruptions? Xavier Cha transposes high-speed digital hiccups — those maddening breaks in the time/YouTube continuum — to the analog realm in Buffer. The live performance piece, made earlier this year during Cha’s residency at the Brooklyn Academy of Music and presented there last week as part of Performa 17, is at once intimate and distant, cozy and chilly: a trio of streaming browser tabs brought to contemporary life, where strong, stable connections are just as elusive.

Los Angeles-born, New York-based Cha typically creates non-narrative works that viewers can engage with on their own spatiotemporal terms — as with her 2015 video abduct, screening on New York’s High Line through November 22, during which people may come and go as they please. The proscenium format offered new possibilities. “I thought about the experience of sitting and viewing a work for an hour and how that’s pretty unusual now,” Cha has said. “When do people do that? Usually it’s when they’re in front of a screen.”

Contemplating public versions of private encounters with buffering icons of death (spinning pinwheels, animated infinite circles) led Cha to a tripartite structure of alternating scenes in Buffer, each with its own cast, set and lighting. Nestled on an expensive sofa is a couple deep in abstracted conversation, even as one (played by the mesmerizing and mesmerized Cassandra Freeman) rarely looks up from her MacBook. Cut to a contemporary dance accompanied by an opera singer, in which the plaintive libretto (by Juliana Huxtable) and apocalyptic choreography (Cha’s own) suggest the conflicted couple’s roiling subconscious. The third scene is a return to the sofa, recolonized by two naked male lovers.

In braiding these three distinct channels on stage, Cha builds up layers of emotions: first igniting the audience’s imagination with the familiar format of a scripted play, then frustrating grasps for meaning with an alien dream world of opera and dance, and finally providing the relief of human contact: physical connection. There are deliberate glitches — frozen moments, skips, reverses — to be processed (and tolerated), but the buffer at work here is as much a shock absorber, an insulator, a shield against blows to soft bodies. Cha describes the work as “a puffy, fluid-filled sac between you and me.”

Not content only to test boundaries — between public and private, audience and performer, real and imagined — Cha’s Buffer probes the spaces between, inhabiting interstitial worlds in which humanity is paused, subverted, syncopated or unfiltered and served up raw. There’s much to feed upon.

Associate curator Charles Aubin discusses the sixth edition of Performa 15 in New York, which gets underway on November 1…