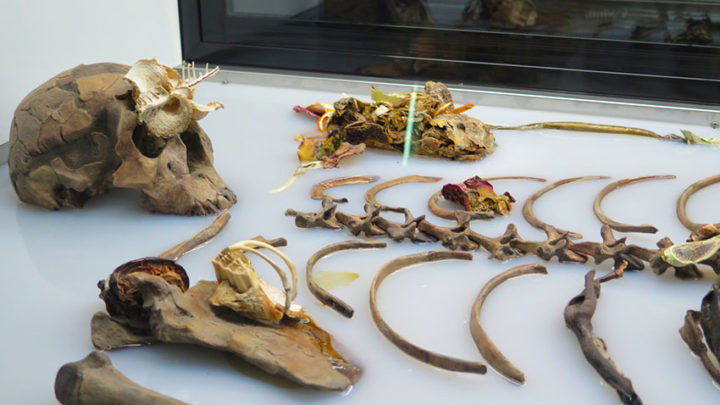 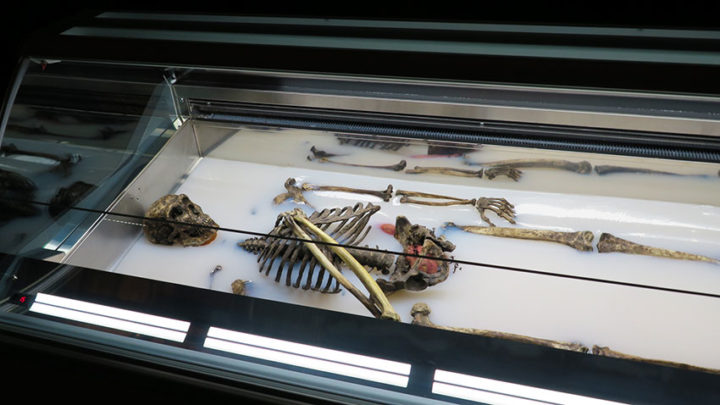 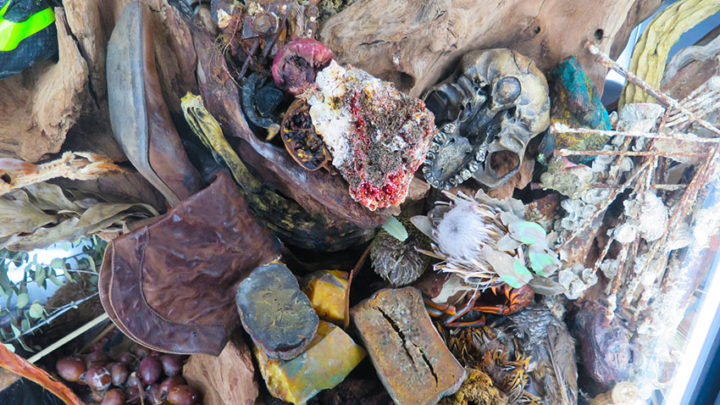 The Geffen’s doors shut out the blinding sunlight of Los Angeles as one’s eyes adjust to Adrián Villar Rojas’s immersive installation “The Theater of Disappearance,” in which a dark dystopia descends upon an alien world. Theater is acted out here in the form of post-biological still lifes or perhaps time capsules rotting away under the viewer’s nose.

The Geffen seems like an almost impossibly difficult space to fill with a solo show, though it is the institution’s preferred exhibition format, and artists are given carte blanche to dig up the floor, as Doug Aitken did for his solo show last year. Villar Rojas has taken the challenge of filling the space quite literally; a landscaper who worked on the install confirmed that sixteen tons of material was brought in to make the loamy floor, which slopes downward from the entrance to the dark depths of the former police car warehouse.

The result, in which custom glass refrigerators serve as sculpture-like ecosystems for human bones, tentacles, mushrooms, rotting fish and dismembered robots, evokes both a Renaissance cabinet of curiosity and an apocalyptic ruin. It’s unclear whether the temperatures in the glass cases are cold enough to suspend the organic material in time, but a fuzzy mold is beginning to crawl across muscle sinews and tubers. Is it real?

References to Gaia or the post-Anthropocene echo throughout the exhibition, and viewers are left to explore the cavernous, industrial space amid a forest of towering monoliths. One has to discover the show, so to speak. At first, one doesn’t quite know what is being illuminated by the dim blue light emanating from the refrigerator sculptures; it’s nearly impossible to discern between rock, dead coral and petrified wood. All are layered with silicone and wires to form surreal monuments to a future techno religion. Meanwhile we mere mortals are left in the dark to imagine a world in which we don’t exist. 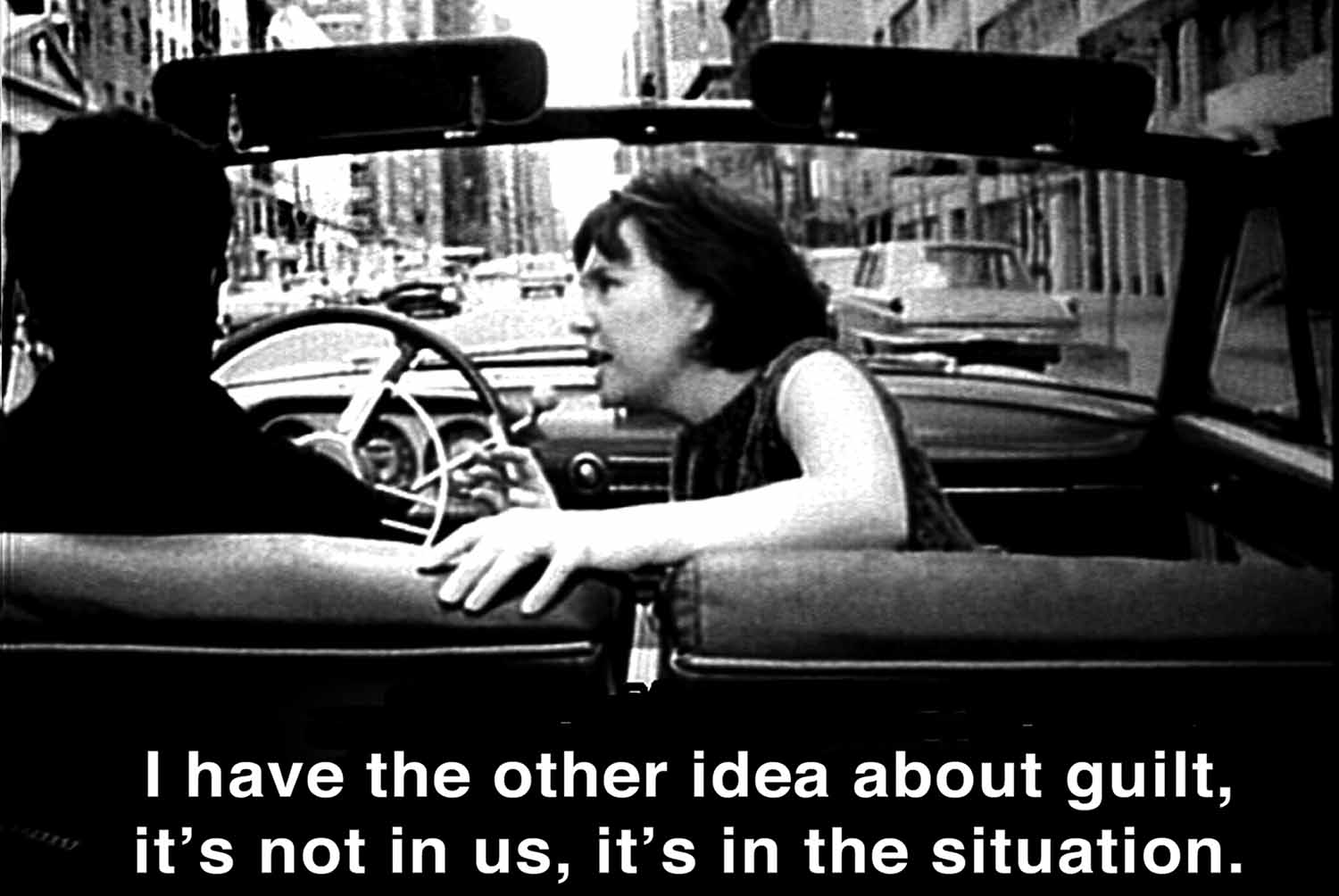 “The Poet and the Critic, and the missing,” curated by Public Fiction, forms a running commentary on MOCA’s permanent collection… 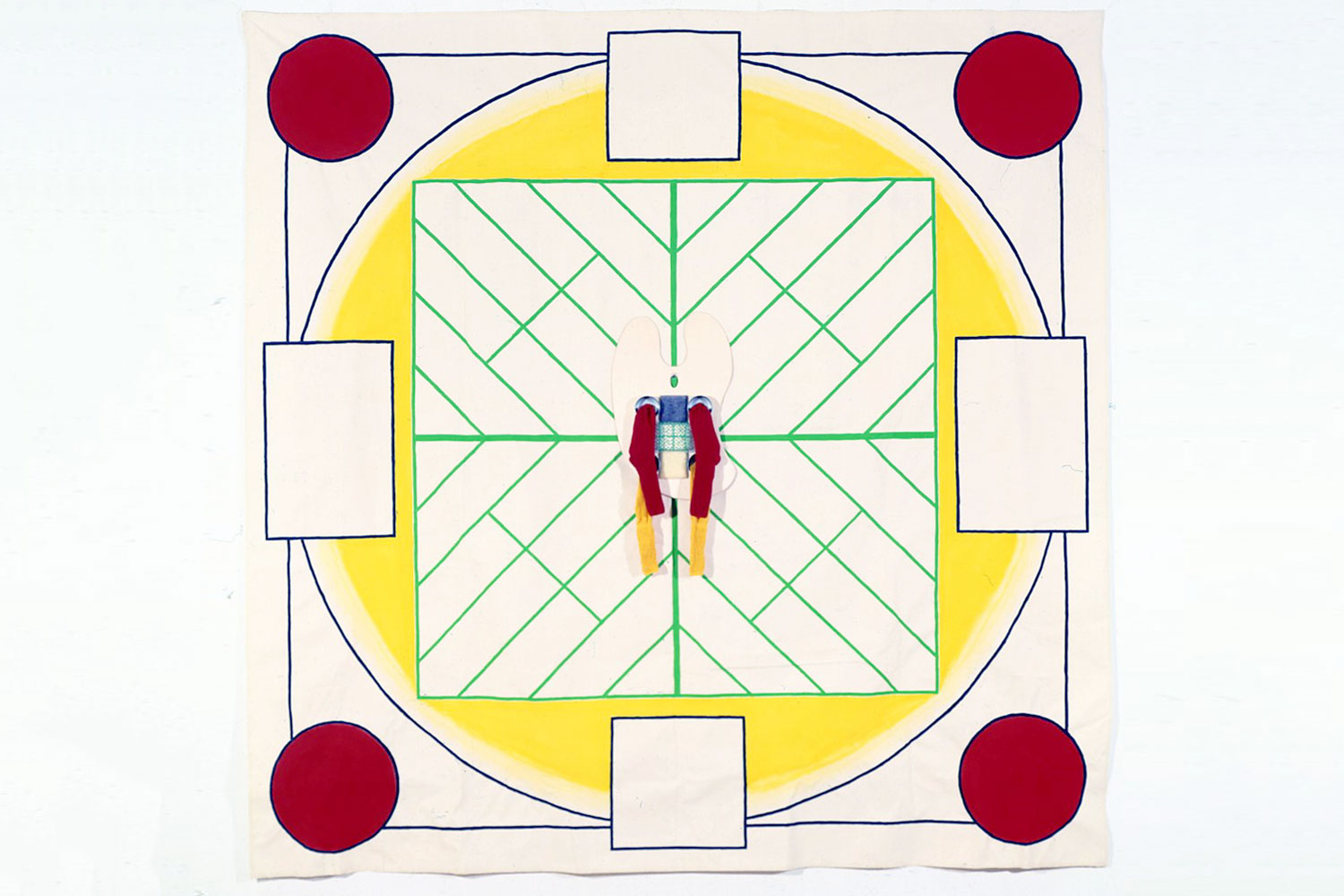 For the past twenty-five years, B. Wurtz has been applying acrylic paint to the bottoms of aluminum pans in order…