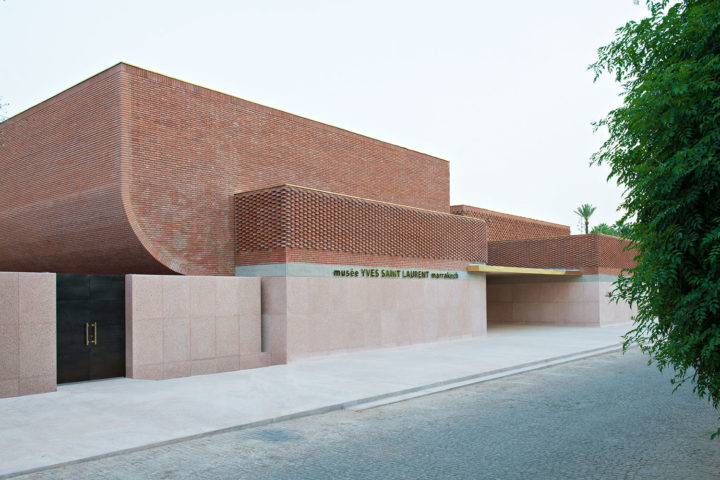 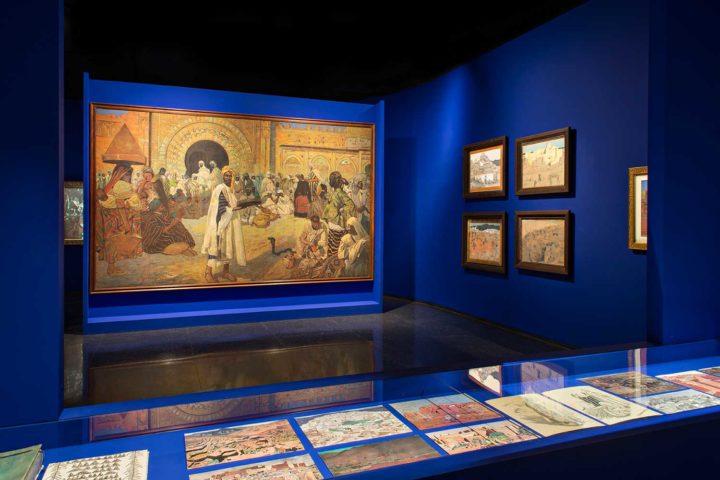 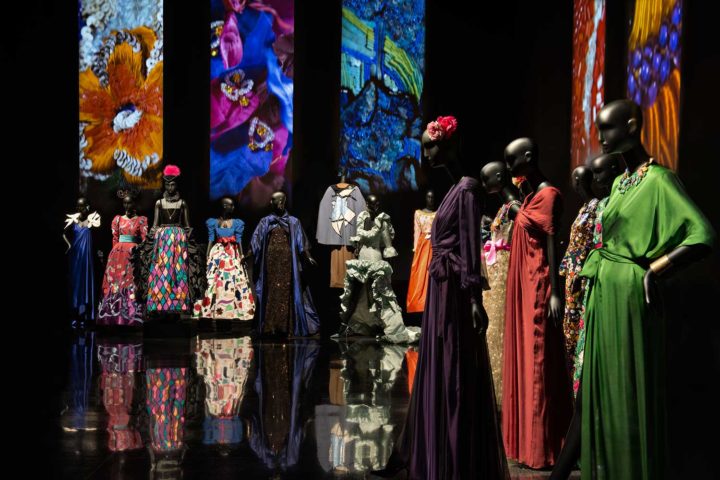 Enamored by Marrakech, Yves Saint Laurent and his partner Pierre Bergé acquired the famous 1930s Majorelle Garden in 1980 to save it from demolition. It was a bohemian refuge for the designer to prepare his collections — an oasis that made him nostalgic about his childhood in Oran, and where the colors of zelliges, zouacs, djellabas and caftans evoked the sketches of Delacroix and Matisse. As Saint Laurent said, he owed the boldness of his work “to this country, to its forceful harmonies, to its audacious combinations and to the fervor of its creativity.”

Situated on Rue Yves Saint Laurent, adjacent to the Majorelle Garden (where the former studio of Jacques Majorelle is today a museum dedicated to Berber culture), the Musée Yves Saint Laurent Marrakech offers a significant selection from this collection, including key pieces from the designer’s late work.

The Red City edifice, designed by the French architectural firm Studio KO, sprawls across four thousand square meters. The building — made of traditional rose-colored ochre terracotta bricks — creates a pattern of cubes with a lace-like covering of bricks, similar to threads in fabric.

The classic YSL logo welcomes you in an entrance inspired by both James Turrell and Moroccan courtyards. Beyond a curved lobby wall made of traditional stained glass, one enters a four-hundred-square-meter permanent exhibition space, designed by Christophe Martin, which is currently showcasing more than fifty haute couture creations set around central themes in Saint Laurent’s work: Black; Africa and Morocco; Imaginary Voyages; Masculine-Feminine; Gardens; and Art.

The museum’s temporary exhibition space opens with a show of thirty artworks by French Orientalist pompier-painter Jacques Majorelle, which depict an ethereal view of the Arabic way of life. His paintings and drawings are displayed on walls painted in the famous Majorelle Blue — a color created by Yves Saint Laurent himself, who as a dandy made his entire life a work of art.