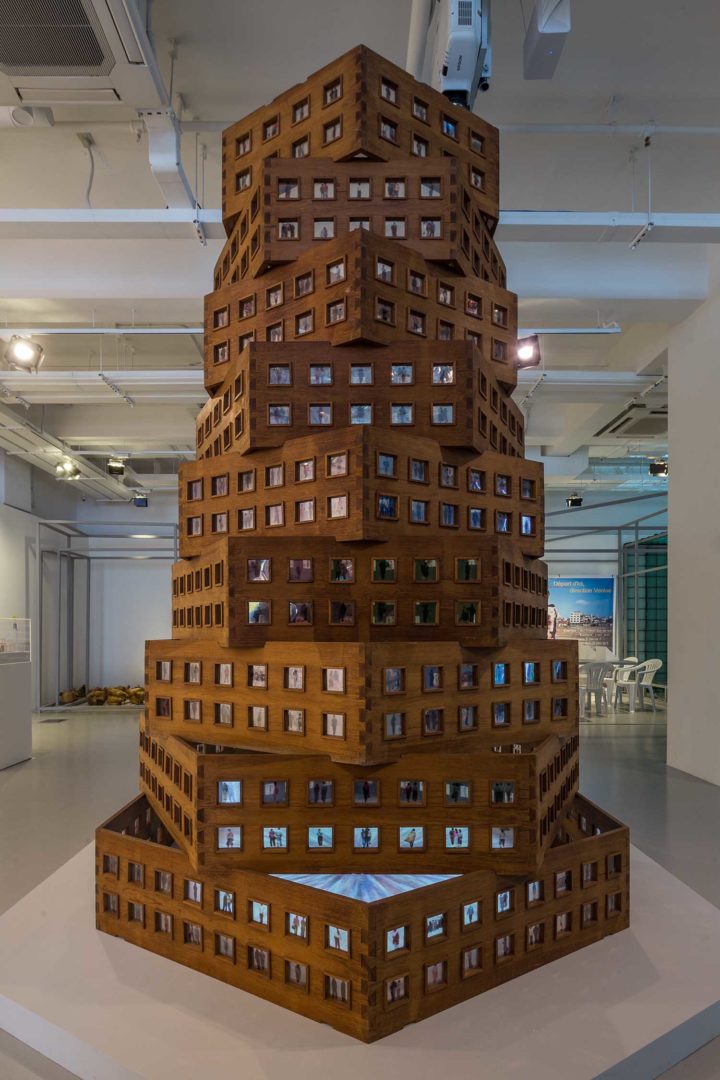 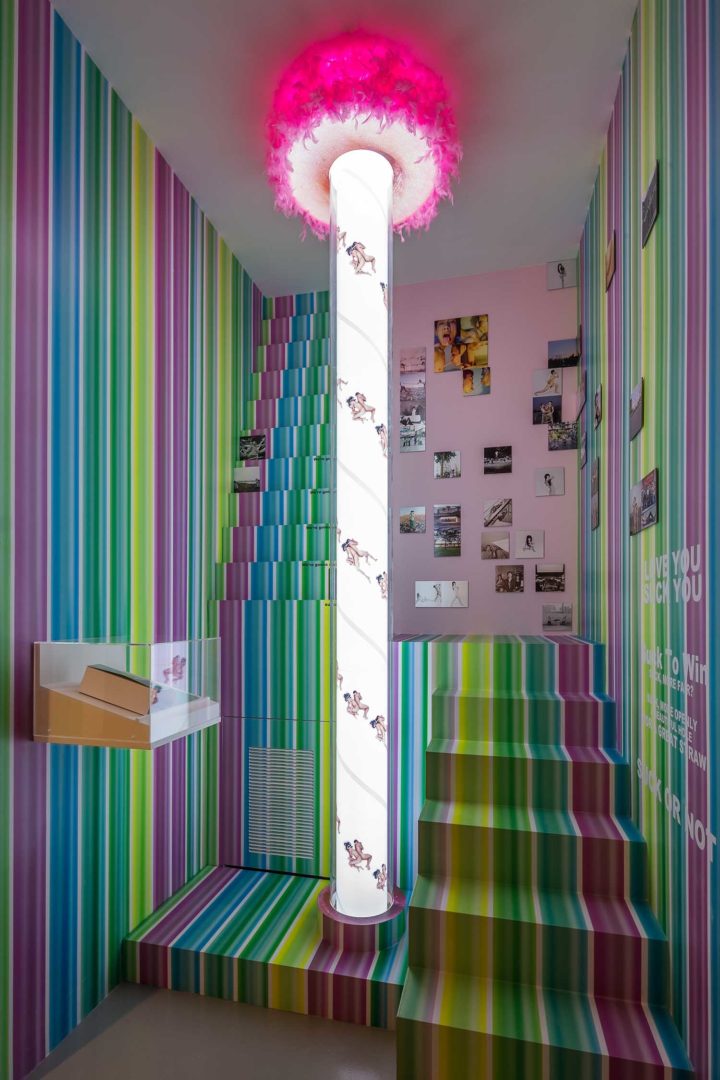 “Canton Express” brought together artists from the Pearl River Delta, showcasing the first generation of Chinese practitioners concerned with a new globalized reality. At the M+ Pavilion, the original rectangular layout designed by artist Zheng Guogu has been adapted to the new exhibition space. Liang Juhui’s City (2003), a pagoda-like tower housing numerous transparencies of Chinese people photographed from behind in urban environments, has seemingly been cut down from its original thirteen layers to nine layers in order to fit the height of the exhibition space. Despite the recontextualization in a neat white box, these works remain powerful examples of artists reflecting on the process of urbanization.

Many of the works in the original exhibition were damaged or even lost. Some have been remade, like Feng Qianyu’s Difficult to Birth (2003), in which the original pupa-shaped photo holder is now a plain board; others were fixed, like Duan Jianyu’s Artistic Chicken (2003) — of the original one hundred pieces only forty survived, and these needed to be repainted by the artist. What’s missing is the broadcast project Can You See? by Xu Tan and Jin Jiangbo, in which the Arsenale exhibition site in Venice was connected with the Shanghai nonprofit Biz-art via streaming video feed.

U-theque Organization (Ou Ning and Cao Fei) re-present their short film San Yuan Li (2001) about the urban village of Sanyuanli — a visual symphony with a soundtrack by Li Jingsong. Zheng Guogu has reiterated the installation Sample Room, a nod to the productivity of Yangjiang, where forty percent of the world’s kitchenware is produced.

A reading corner allows visitors to browse documentation of the 2003 exhibition. A “mind map,” co-created by Hou Hanru and AAA’s senior researcher Anthony Weng, maps out key exhibitions, events and organizations related to the PRD’s art scene. Here one can also find the story of where the title “Canton Express” came from: apparently, the curator borrowed it from a Cantonese fast-food chain in Glasgow.