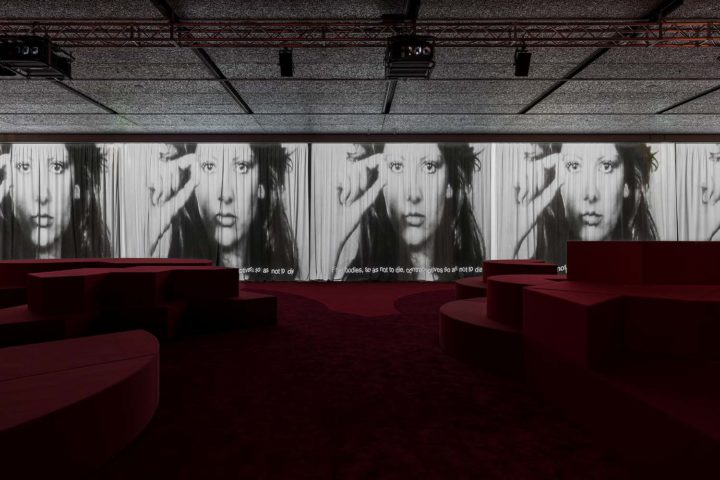 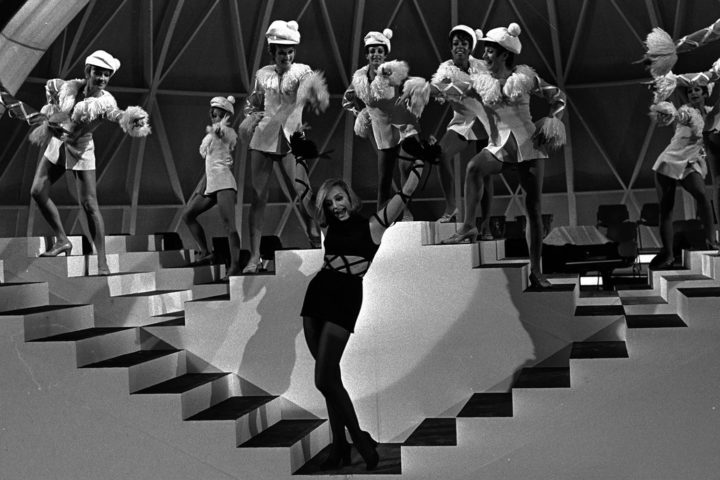 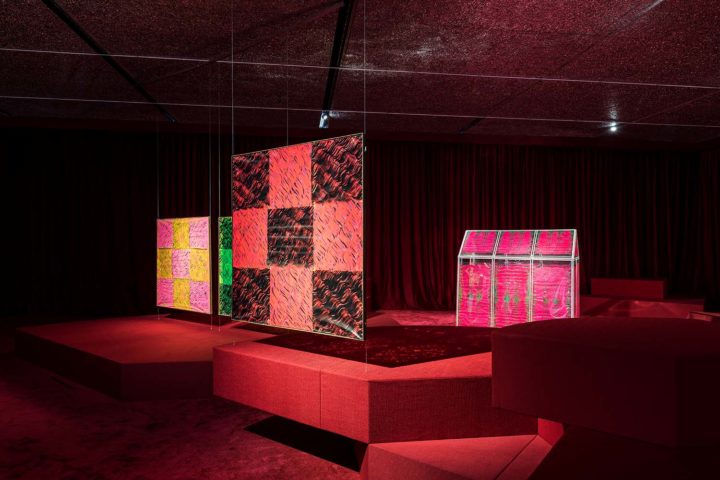 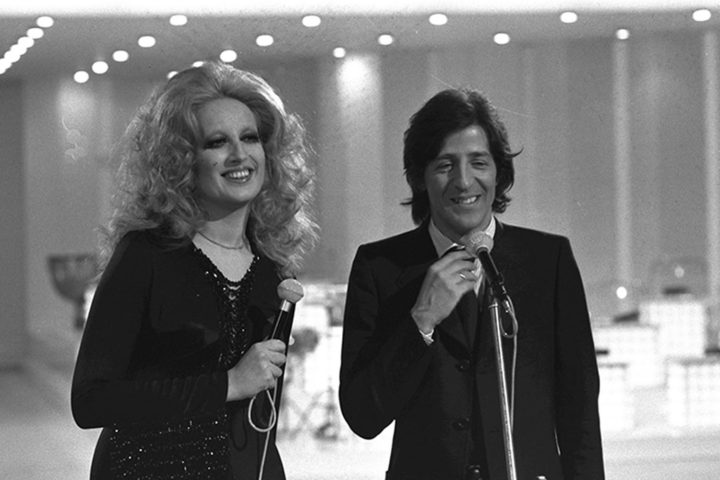 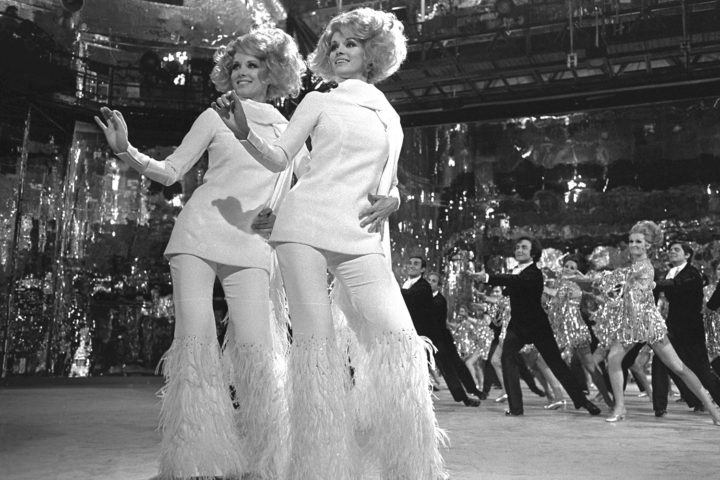 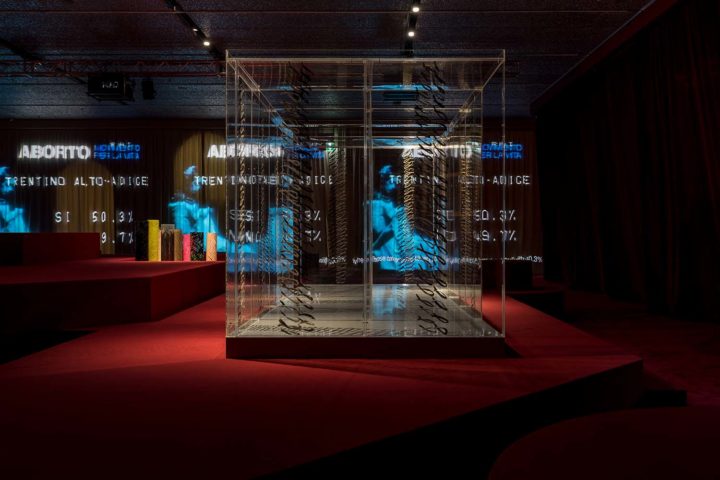 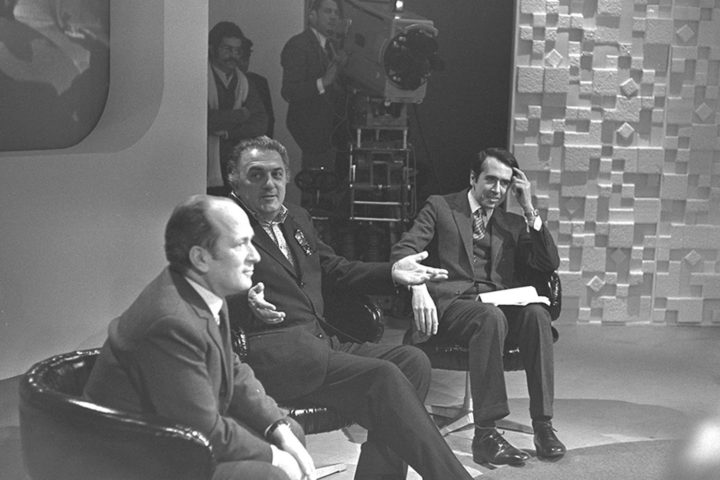 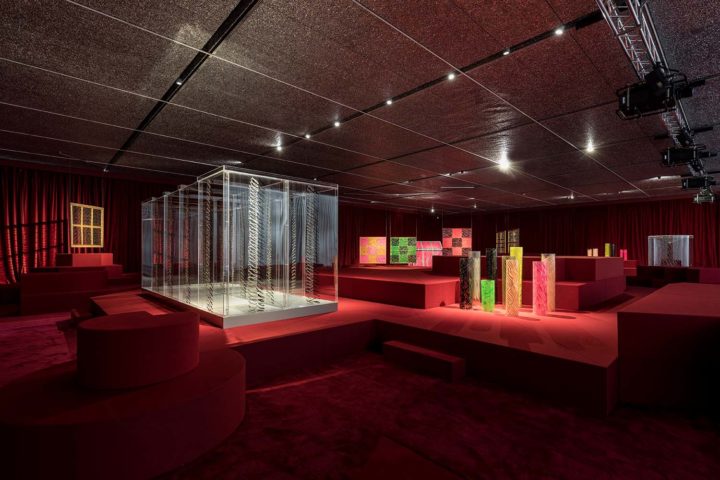 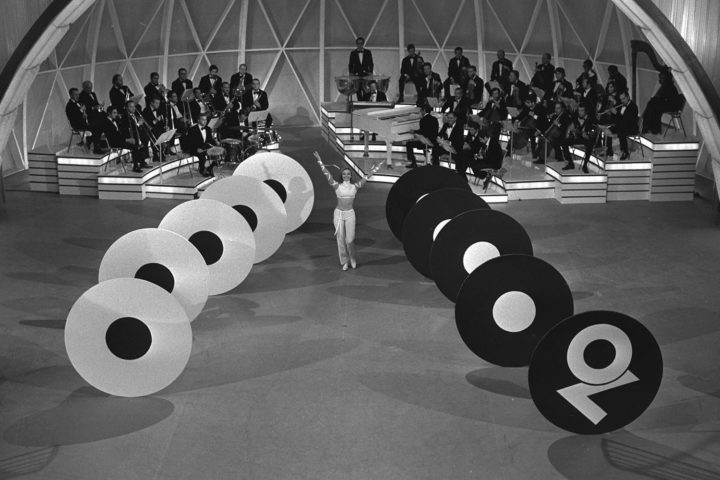 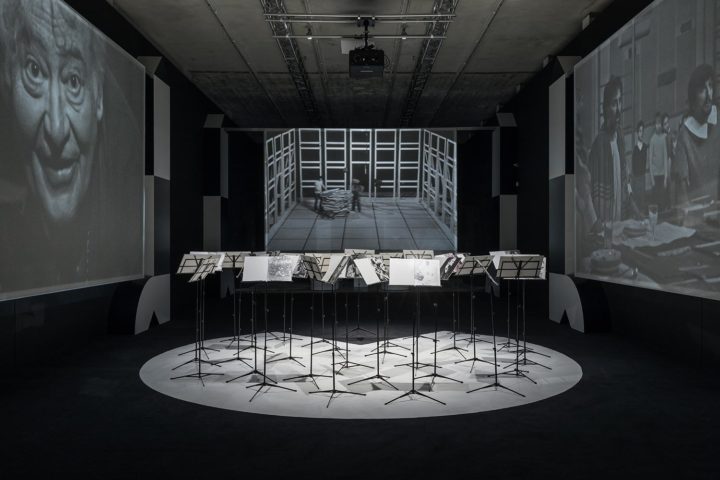 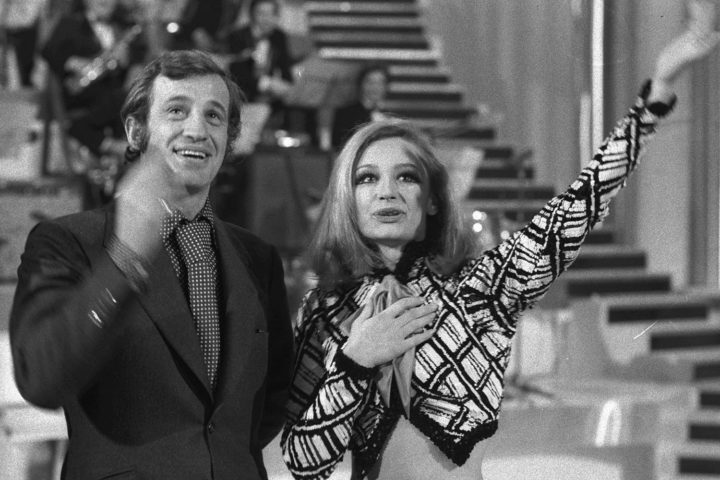 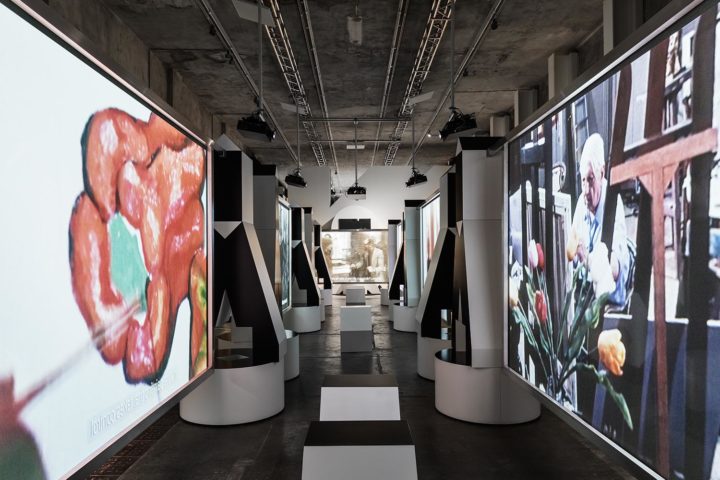 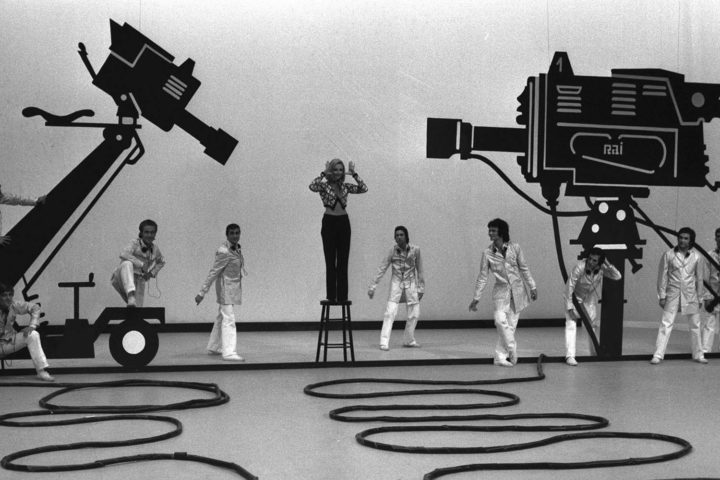 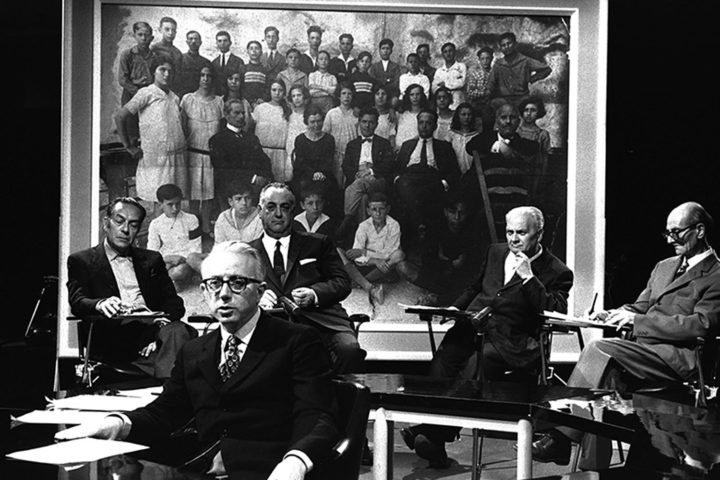 Conceived by Francesco Vezzoli with the aim of memorializing the role played by RAI, Italy’s public broadcasting company, in the evolution of Italian culture, “TV 70: Francesco Vezzoli guarda la Rai” is a journey through the innovations promoted by RAI’s palimpsests in the years between 1968 and the 1980s. Looking in particular at artists’ contributions to the “life” of television, the exhibition reflects on the ways in which Italian art has questioned the argumentative mechanisms of mass media.

“TV 70” proceeds through juxtapositions of Italian artworks and clips of RAI broadcasts. A corridor dotted with newscasts on the dramatic events that marked the so-called Years of Lead opens with Nanni Balestrini’s series “Non capiterà mai più” (It will never happen again, 1969-72), cut-ups of newspaper titles evoking the ideological cacophony of the era. At the end of the corridor, a film by Ketty La Rocca, the television adaptation of her Appendice per una supplica (Appendix for a Prayer, 1972), presents sign language as a form of ancestral communication, unmediated by words.

In another room some of RAI’s first women presenters, Raffaella Carrà, Mina and the Kessler twins, lampoon the tastes of male audiences in a clip from the cult variety show Milleluci. The video is projected on a group of works by Tomaso Binga, alias Bianca Pucciarelli, whose research on the female body emerged in response to the constraints of a still-patriarchal society.

These are only two examples of the many apt matches between art and television that the exhibition uncovers. By reviewing the linguistic experiments pursued by these two entangled sources of visual production, “TV 70” comes to sublimate the contradictions at the basis of contemporary Italian culture’s idiosyncratic identity. That Vezzoli is a talented interpreter of Italian imagery is well known; however, with this show, he offers a more passionate and, at the same time, scathing reading. And one might say he achieves this as a true public intellectual — just like those legendary characters who once were at the forefront of popular cultural production.

“The 1990s were Barcelona’s decade, the 2000s Berlin’s. This decade is Milan’s.” With these words Dario Franceschini, Minister of Culture,…

Photography can easily fake things. In order to fake them, you have to know the subject even better than usual:…