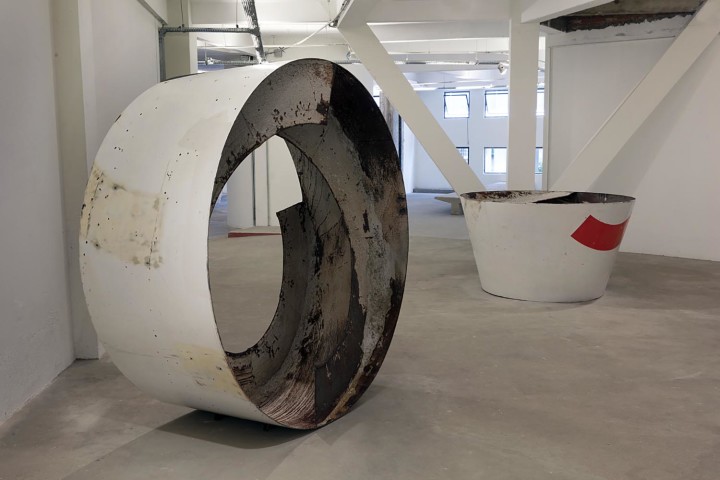 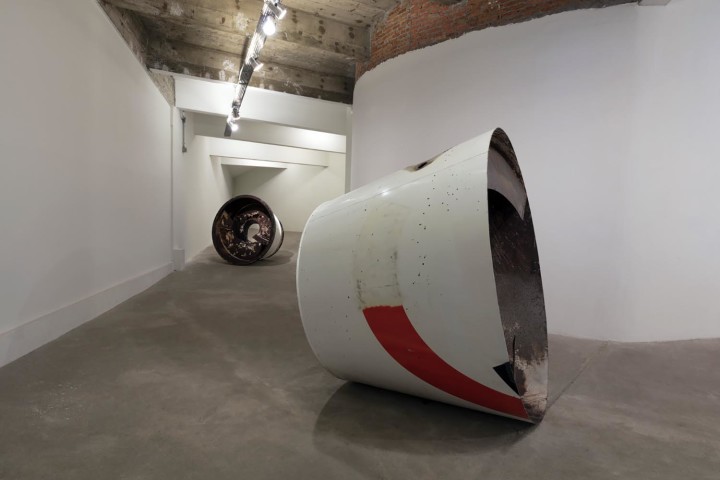 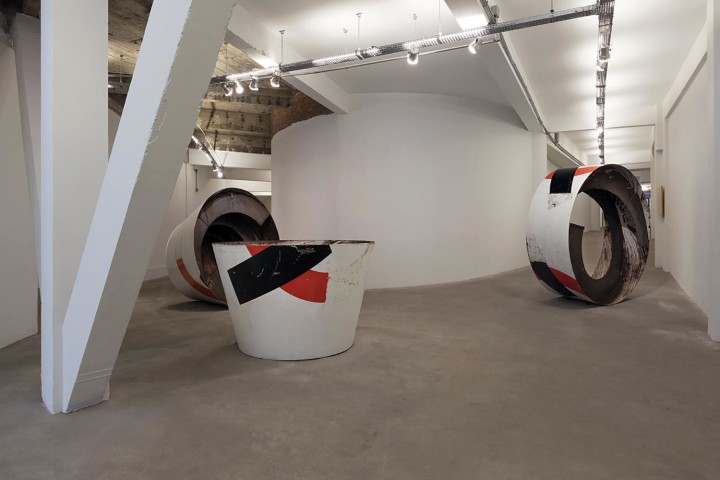 Straight-jacket (2003), the only colorful work here, hangs alone in the lobby, a pastiche of windsurf sail, tape and thread fashioned into an eponymous garment. To bring together these diverse elements flirts with a cliché of contemporary art: the desire to defamiliarize the everyday. Indeed, the show is in part a reflection on the difficulty of producing original viewing experiences. PIVÔ, after all, occupies a ground-floor space in the Copan Building, Oscar Niemeyer’s concrete icon of Brazilian modernism, and the attempt to move art objects past the readymade was already the focus of Brazil’s canonical 1960s Neo-concrete movement.

If da Cunha seems about to be buried under the weight of this history (or encased in its concrete or wrapped in its straitjacket), then “BOOM” is also the activity of breaking from these constraints, albeit methodically. The straitjacket is left to hang lazily, while the concrete mixer (BOOM, 2017) is cut into four pieces and rendered a mild-mannered sculpture.

This largely successful attempt nearly runs aground in Contratempo, as da Cunha tries to “still” the bombs of war. But rather than remark on the futility of doing so, we might see here the inversion of defamiliarization practice: instead of showing the lost beauty of the neglected ordinary, we are asked to come to terms with the horrific beauty of permanent war. The booms of conflict, real estate and of cultural movements are all related. Our ordinary is a breathtaking view onto the plains of destruction. 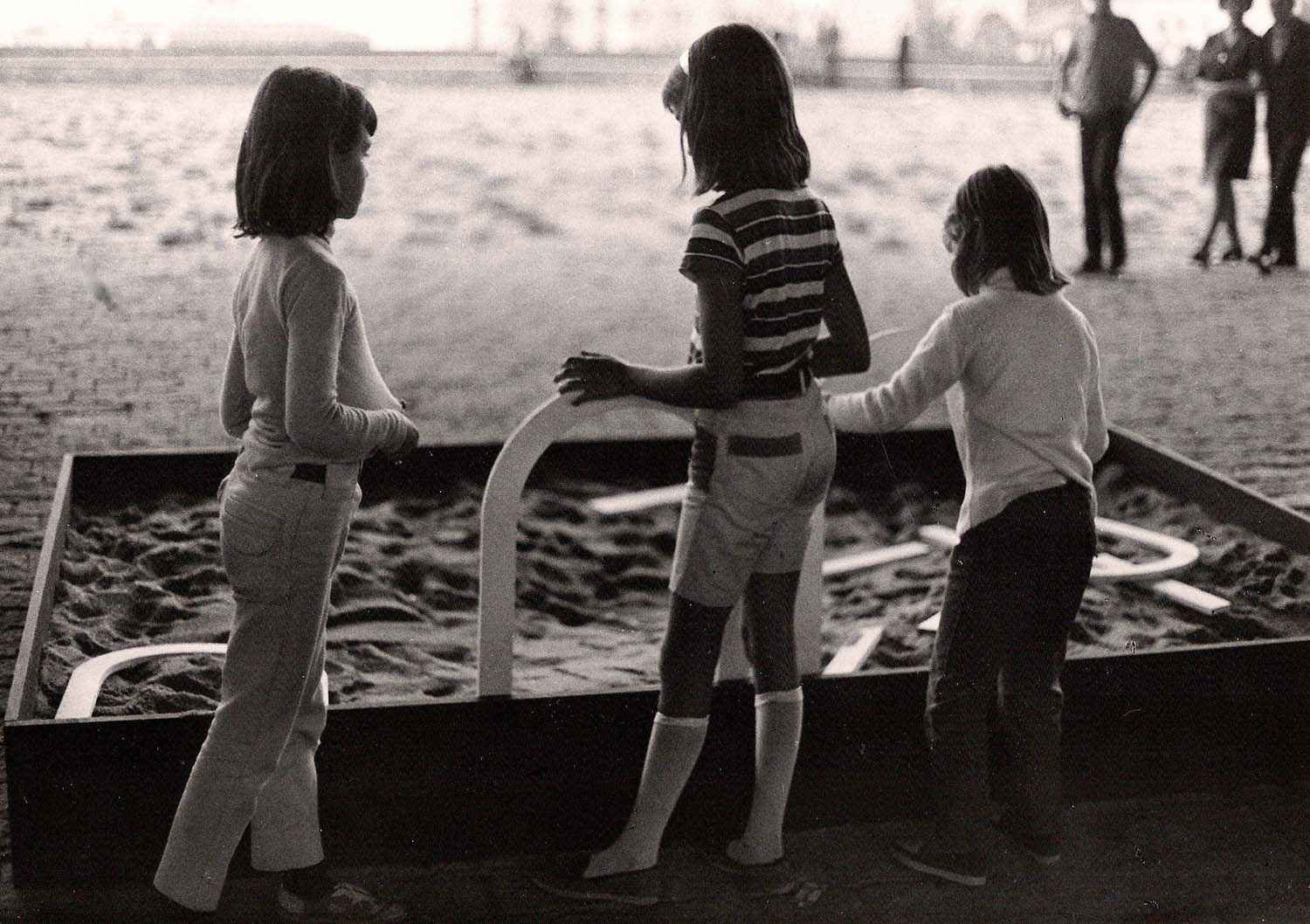 Following recent restructuring efforts at the museum, new artistic director Adriano Pedrosa is imprinting his own vision on MASP while…