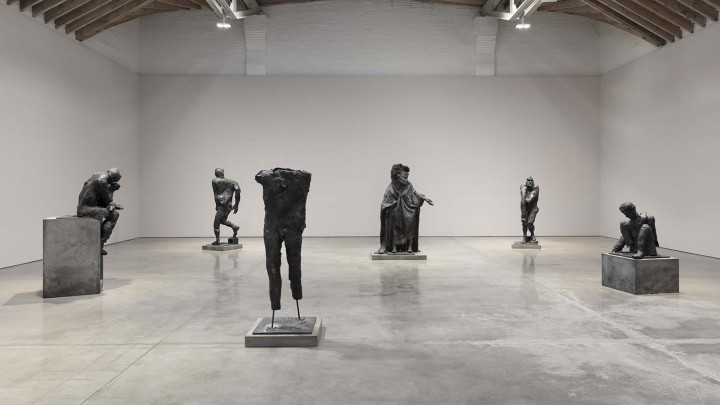 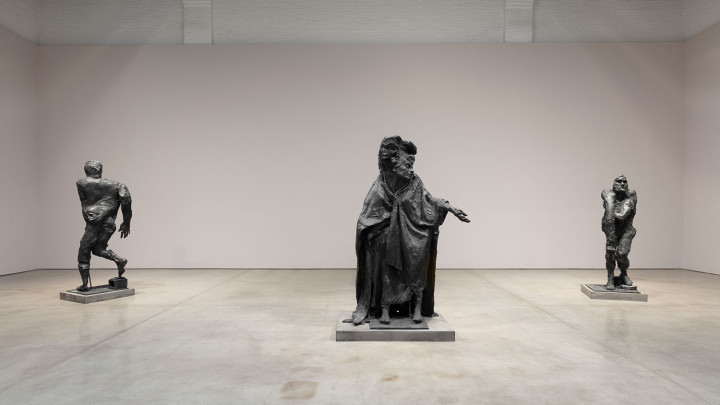 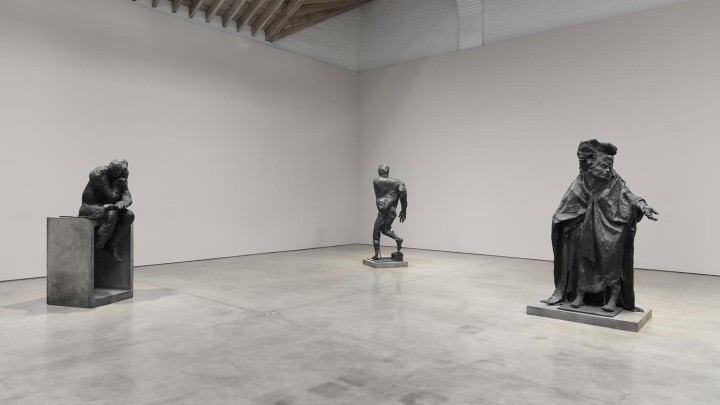 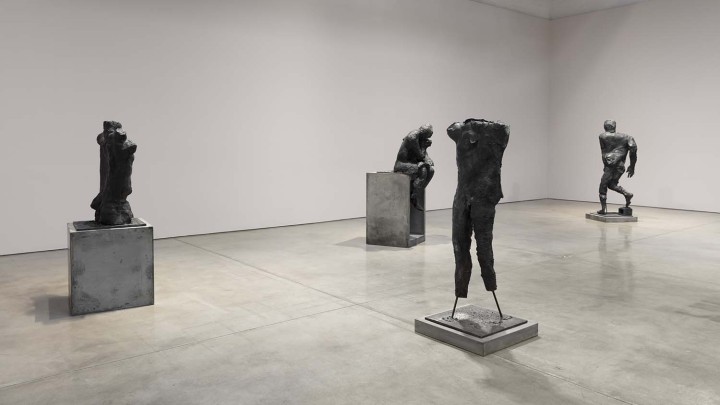 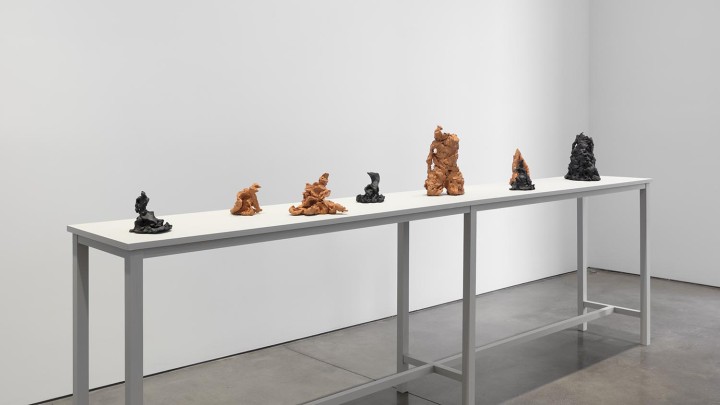 Rodin loved a remix. He often worked with fragments, grafting a bit of one sculpture onto another and leaving proud traces of his collaging on gouged, turbulent surfaces. This profoundly modern practice — of infusing works with not only the process of their making but also the hand of the artist — led Liz Glynn to embark on a Rodin remix of her own.

In 2013, Glynn convinced LACMA leadership to allow her to take partial molds from Rodin sculptures in the museum’s collection (that the works had been cast posthumously, in the 1960s, greatly helped her cause — and added questions of value structure to the project). She then recruited eight younger artists to join her in a temporary recreation of Rodin’s atelier, and they recombined the cast fragments with mounds of plaster and oil-based clay to recreate the Rodins in a two-day performative frenzy.

In the course of returning the bricolaged bodies to bronze, Glynn retained the messy hand scrapes and frayed burlap bits, at once preserving Rodin’s original gestures — walking, pondering, proclaiming — and warping them, embedding elements of chance and speed. The cloaked figure of Balzac (controversial in the original — one critic dismissed the work in 1918 as “a huge comic mask crowning a bathrobe”) is mashed up with that of a beseeching burgher; the famed Thinker has shifted his posture from contemplation to sobbing as he gazes wistfully at his detached foot; a crouching figure grimaces with determination, hatching a plan to unravel its muddled limbs.

Grotesque and melty at first glance, Glynn’s figures soon engage the viewer with their vitality. The makers’ hands come alive in bony torsos, grasping hands and contorted stances that unite the past and the present. The bronzes are joined by a second room of twenty-seven small ceramic works that underline the intimacy of Glynn’s approach to gesture; in unglazed stoneware and terracotta, they are paused in the process of becoming, of being kneaded and pinched into life. Both bodies of work reveal the artist’s interest in disappearance — what exists, what is lost — and the threshold of believability: building, hypothesizing and rebuilding to understand how a fragment surrenders its link to the whole and comes into its own.

The “Rascal House” show is the outcome of a mindblowing experience that happened during the artist’s childhood. It wasn’t a…

Cyprien Gaillard’s latest film, titled Nightlife (2015), is not about wild and glamorous parties. The fifteen-minute-long piece, which took the…