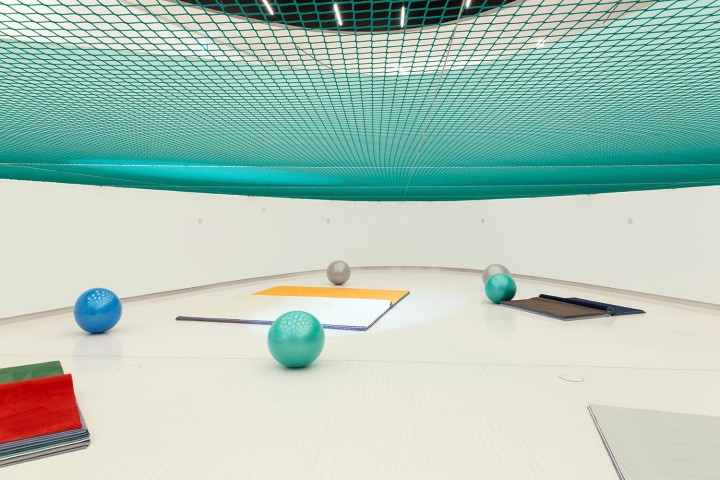 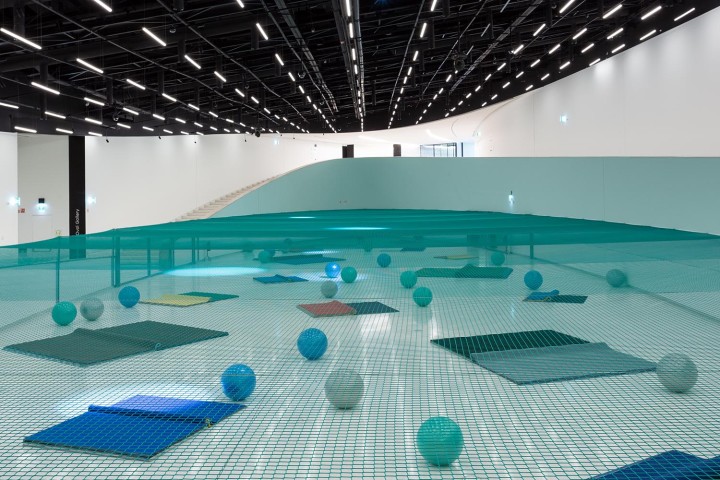 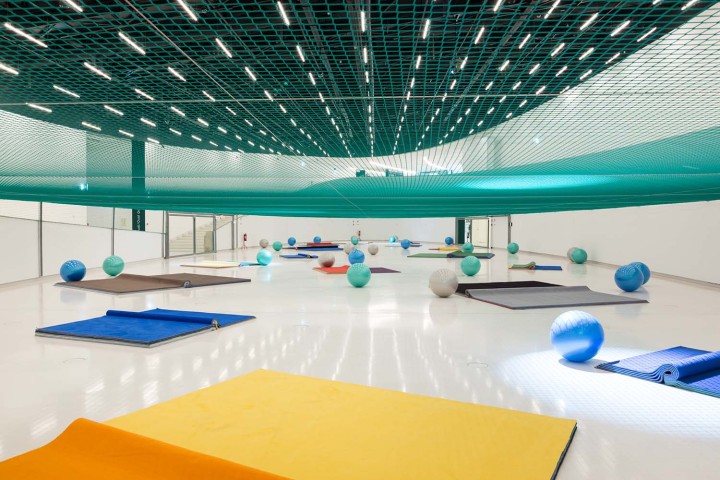 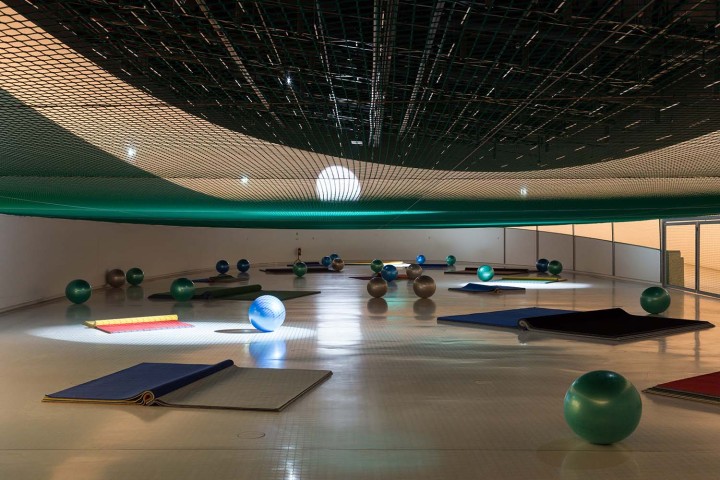 “Utopia/Dystopia” is the subject chosen by director Pedro Gadanho for the inaugural program of the Museum of Art, Architecture and Technology (MAAT), for which Dominique Gonzalez-Foerster has conceived Pynchon Park (2016).

This site-specific installation occupies the Oval Gallery of the new building, designed by British architect Amanda Levete, and continues the series of immersive works the artist presented at Tate Modern in London in 2008 and at the Palacio de Cristal in Madrid in 2014.

Pynchon Park is a white arena of nearly a thousand square meters, strewn with balloons and colorful carpets resembling open books, enveloped by turquoise netting and accompanied by the sounds of the sea. Viewed from above, the space reveals its cosmic character: ruled by an overly short cycle of day and night, and crowned by a celestial body perpetually on the horizon, which turns from hot sun to cold moon when the lights switch off. For the artist it is a place where “extraterrestrials had decided to gather humans in order to observe and enjoy their behavior.”

Descending the curved ramp that gives shape to the Oval Gallery, viewers slowly diffuse throughout the atmosphere of the lower world, segregated by the net from that above. Depending on the viewer’s position, the net exists as both protection and trap, with the open weave allowing for the exchange of glances between inhabitants of both realms.

Closed into the arena, the visual and sonic stimuli are transformative, the sounds of ocean waves and seagulls intermingling with the real laughter of children playing. Marooned on one’s carpet/book, one forgets one is caged and under observation, in a space scoured by searchlights. Pynchon Park inscribes a field of existence between utopia and dystopia, of an uncertain future.

Following Philippe Parreno and Pierre Huyghe, this exhibition devoted to Dominique Gonzalez-Foerster is the last in a series of Parisian…