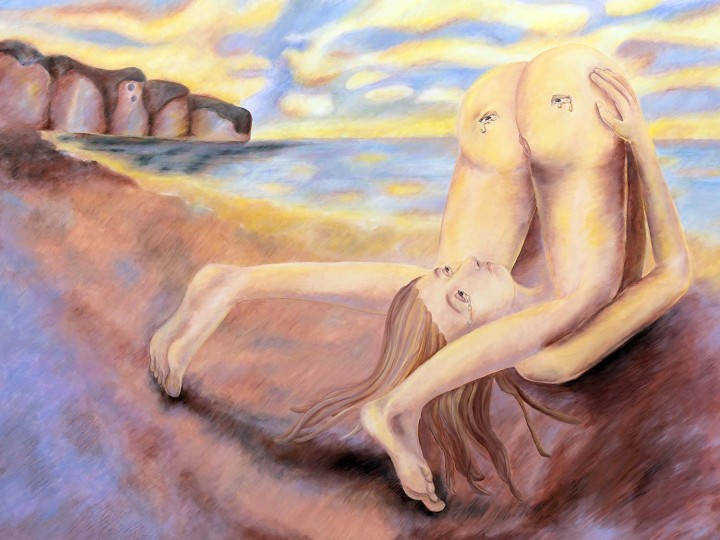 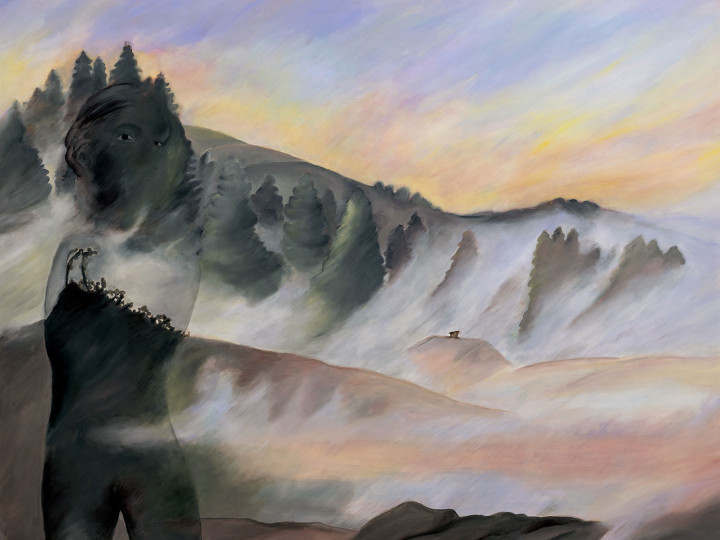 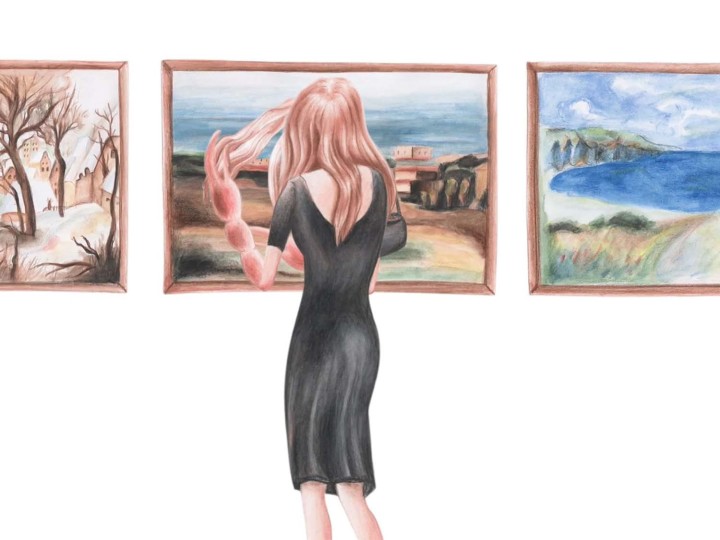 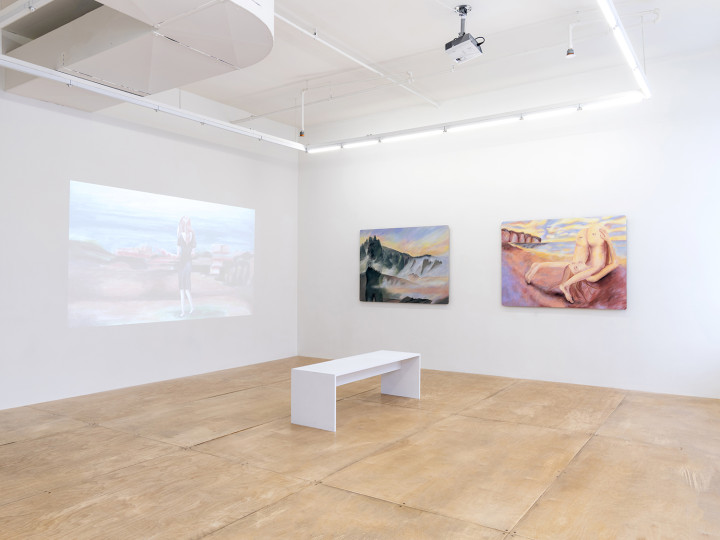 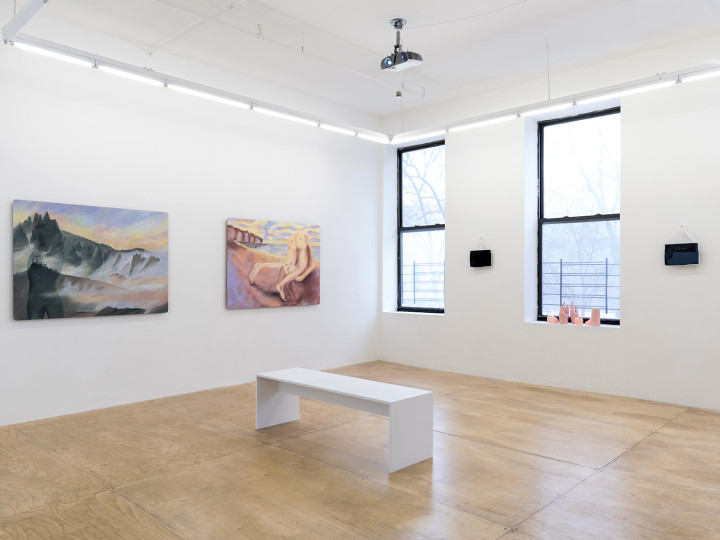 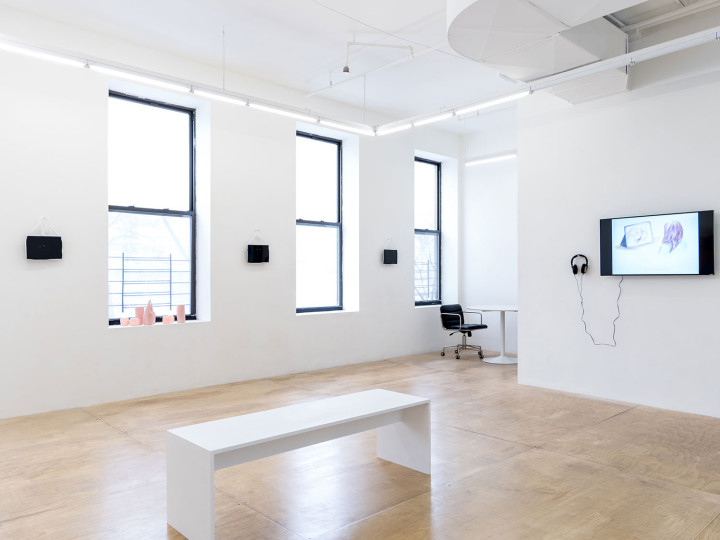 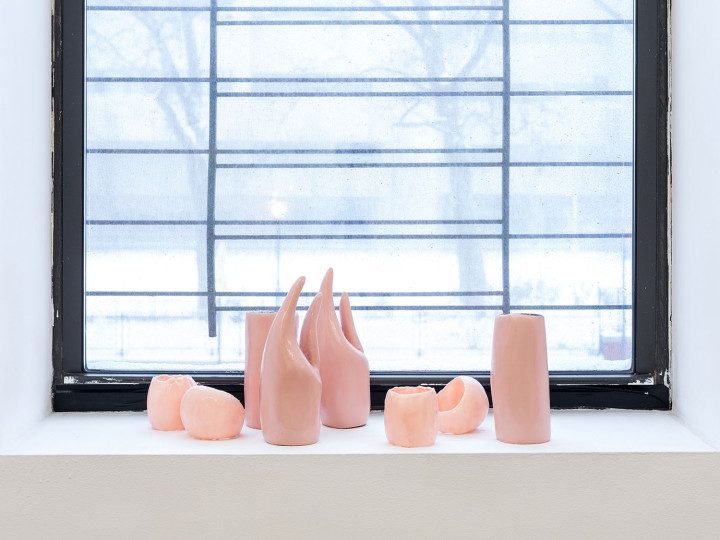 On the opening night of “Summer in the North with Loredana,” Beatrice Marchi clumsily donned a series of pink fiberglass forms (Loredana’s Claws, 2016) that covered her arms from the elbow down to form two gigantic chelae. Approaching a microphone, Marchi proceeded to sing a subdued ballad, gesticulating to the crowd and occasionally turning to her reflection in the window to adjust her hair with the oversized shrimp-claw arms.

The awkward performance — billed as a “concert with Loredana” — was a faithful realization of the campy introspection that characterizes this immaculate solo show, the artist’s first in the US.

The exhibition deploys a tactic familiar from Marchi’s previous work: offering the viewer a sparse and fragmentary portrait of a young protagonist, refracted through various works and media. In the video Amiche forever (2017), Loredana speaks with a friend — inexplicably, human buttocks with eyes and a mouth — through a tablet. The conversation is stilted: Loredana speaks Italian; the ass speaks English. (When questioned, it explains, “I want to be free. I want to be international.”) Loredana plays the less certain, less airy foil to the carefree ass, who gives Loredana a lesson in self-imaging, leading a makeup tutorial in which the angles of a face are confidently contoured onto the buttocks.

Elsewhere, in the video Loredana across the seasons (2017), the title character’s back is turned as she is put in the role of spectator to a quartet of landscape paintings that cycle — in order of the seasons — in and out of frame until Loredana appears to enter the image whose hues best match her dress and crustacean arms. On the adjacent wall, the painting F/W 2016 (in black) (2016) captures this transition, collapsing the seasons into a fashion calendar, and featuring Loredana’s silhouette haunting a hillside, as if dissolved into a landscape of her own design. Next to it, leaving both seasonal and fashion calendars unfulfilled, hangs the exhibition’s title work, Summer in the North (2016), a perfectly over-the-top ouroboros of listless but assured self-reflection. In it, Loredana, no longer bearing the restrictive weight of the claws, lies nude on a sunset-lit beach, her teary eyes locked firmly on her ass, whose own eyes — abyss, mirror, soul, whatever else — stare tearfully back at her.