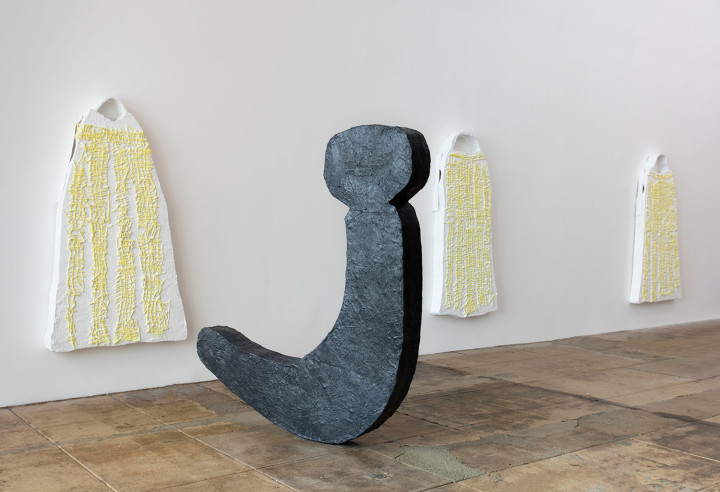 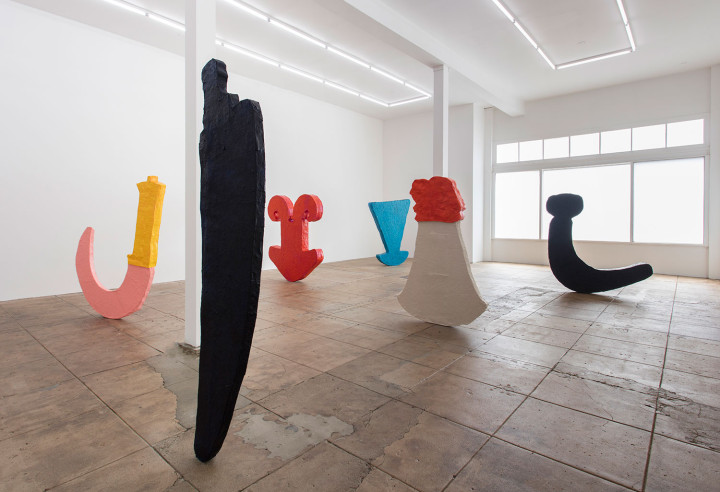 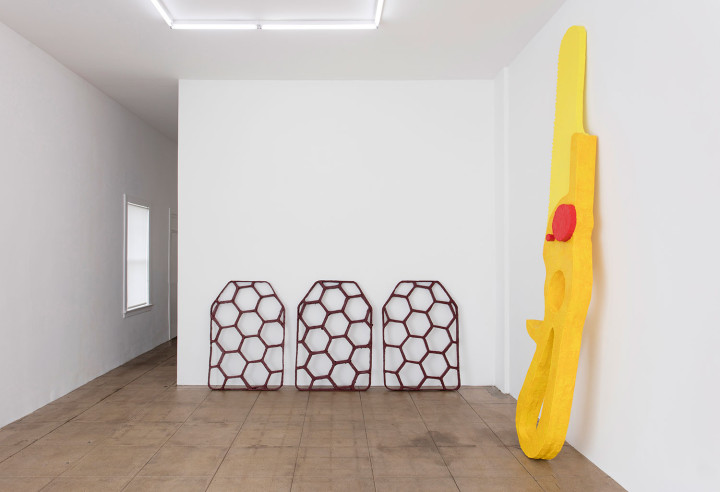 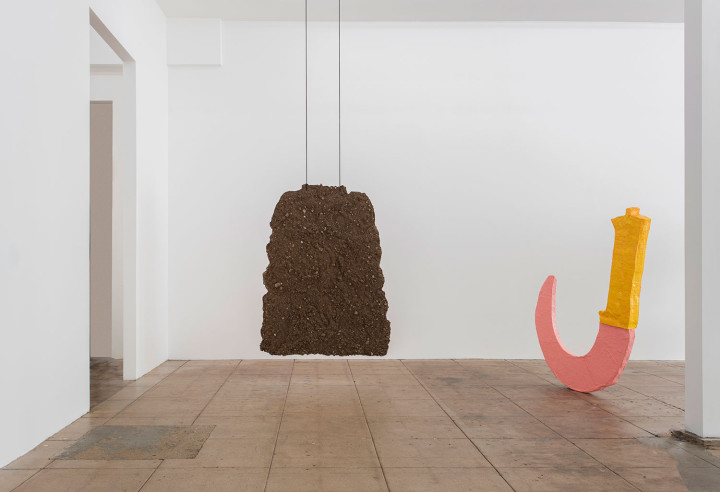 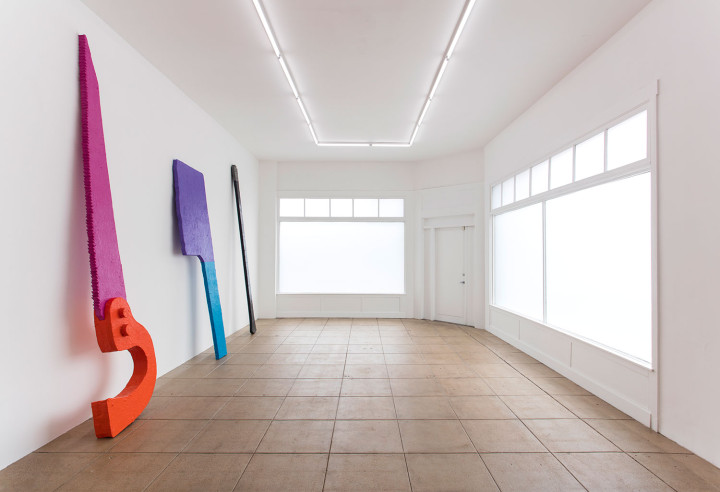 In his memoir Close to the Knives, David Wojnarowicz recalls the despair and bliss of his dying — his thick, material immersion in the shimmering of the world. To call it beautiful would be belittling.

Under the ticking of the disease, his imminent departure had the effect of transforming a previously violent world into an Other World in which whatever had been imposed on the self — processes of subjectification, rigid modes of perception, social conventions, historical violence — dissolved as he stepped through an open door beyond which there were no railings. Time was compressed, he said, and so he urged: “Cut straight to the heart of the senses and map it out as clearly as tools and growth allow.”

For our own compressed present, Erika Vogt provides tools — an array of knives and shields — for the fostering of desire on what she calls “Eros Island.” Eros, because what we need now is drive and power, and Eros provides the inkling of the unknown that drives our hunger for knowledge. Island, because we are on Turtle Island, and any utopian dream must consider how we are tied both to history and to all of our relations, be they things, people, animals.

As we are living in the tragedy of democracy, amid the violent resurgence of racism, sexism and xenophobia, as a massive influx of refugees from Syria clamber for shelter (on Lesbos, among other places) and Hollywood spectacle is overwhelmed by global warming’s four-year-long thirst, Vogt’s tools offer to sheer our senses from their subjection to the dead present, the dead past, and the future that looms ahead — equally dead if we maintain our entrenched habits. She shows us that we need to keep the knives close. One way is to blow them up in size, make them palpable, visible, arresting. If our bodies are knives, our senses knives, they can cut to the shimmering reality of the changing world.

Vogt has been refining her cast of actants for a number of years, articulating new plastic and collective forms for subjectivity in objects, installations, videos and artist’s theater productions. She considers the latter a work of community building, the layering of a variety of media together and the composing of different artists’ works and bodies. Her trajectory began with experimental film, but she came to refuse what she felt was the single-mindedness of filmmaking, the specificity of the meanings that were attributed to images. If images and things can be treated as humans, we can do away with the rigidity of attributions and definitions, and this goes for ideas of identity. Perhaps this is simply a metaphor, but it might be a metaphor for good politics.

For her recent exhibition “Eros Island: Knives Please Rise” at Overduin & Co, Vogt compiled a book of research, an artist’s book, which was laid out on a table in the gallery. It provided a history and context for the objects displayed. Perhaps compiled via random searches on the Internet, by the stuff accumulated from life, the book presented an iconography of the knives and a timeline extending forward or backward from prehistory to today. There were knives used in sacrifices from the Peruvian Moche culture, ceremonial knives from Egypt’s Middle Kingdom, and from Late Minoan Crete. Some had been knife-shaped money in the Han Dynasty. There were butcher’s knives ; from the early twentieth century and contemporary surgical knives from the West. There were also objects called knives that were perhaps armor, dresses, pleat forms, and even an image of a woman dancing holding a knife. Not attempting historical comprehensiveness, the examples spoke to the effects of globalization, the confusion of expanded possibilities for knowledge, the production of subjectivity, and the threat of homogenization, exploitation and disaster. But also transcendence and sharpened resistance. The book reproduced a series of newspapers from 2013–16, highlighting the farce of the US election, the war in Syria, the so-called war against terror, the refugee crisis, domestic social unrest, pollution in China; there was also a series of images of stabbings, historical paintings, photographs and screenshots. Clearly, the production of culture is not a sphere apart.

The book opened with a play, Eros Island. Its four scenes comprise: (one) a distribution of knives to the audience; (two) what is called a “cascade” or live layering of players holding knives, who then enact (three); a litany of deaths, some repeated, some known, some willed: “Now is dead. The free market is dead. God is dead. The union is dead. Bill Gates is dead. Privacy is dead. Sex is dead. Now is dead.” In the final scene, the island players are on a couch, listing the day’s events, as well as past and future events. They better not be dead; otherwise, all we’ll see are the railings.

The Czech artist was among the pioneers of computer-generated art technique. His compositions consisted of accretive formulations in tubular shapes…