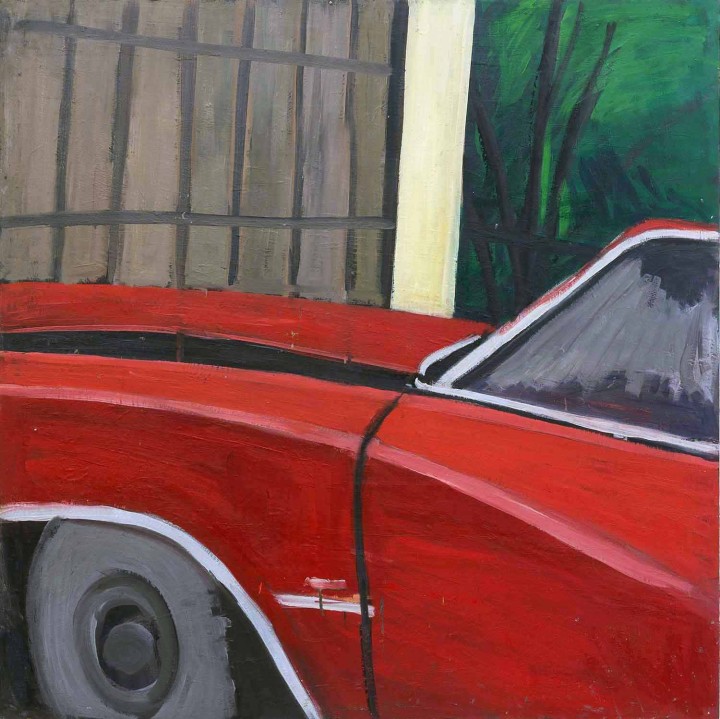 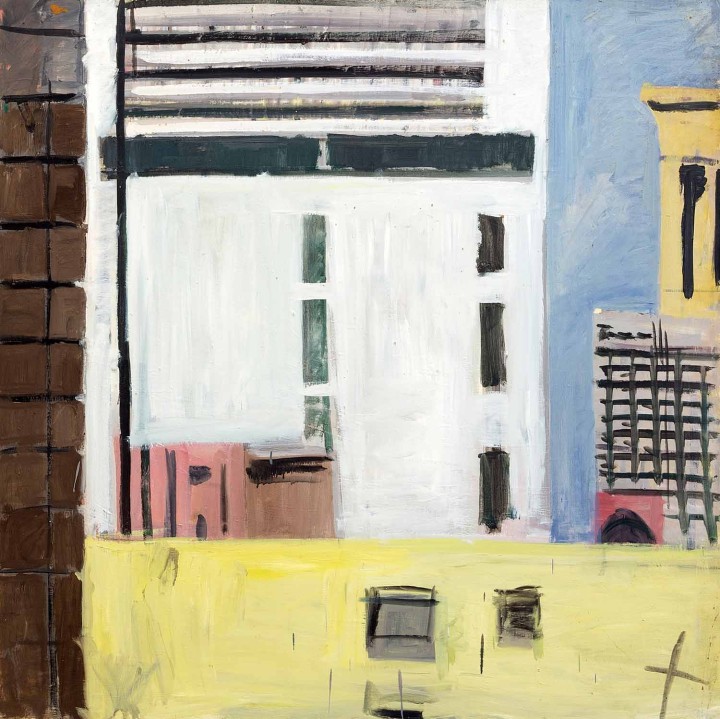 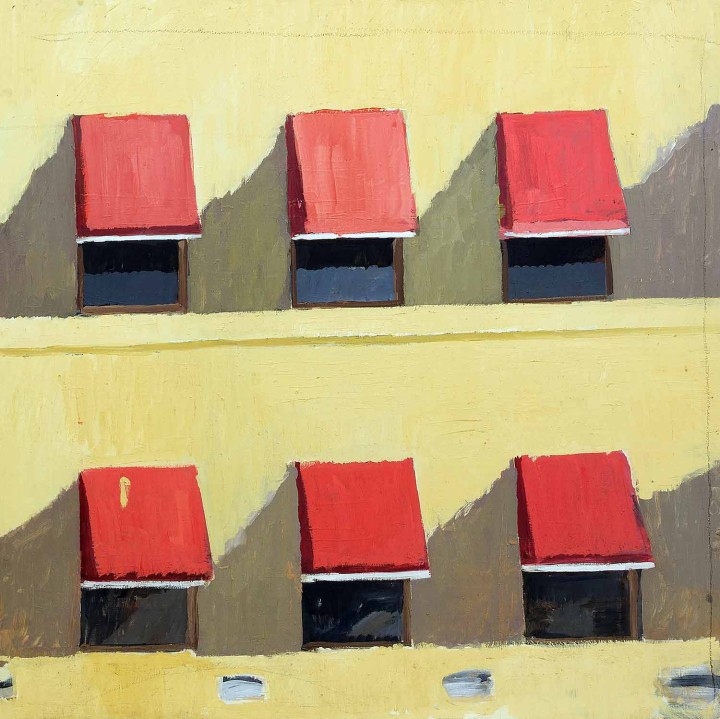 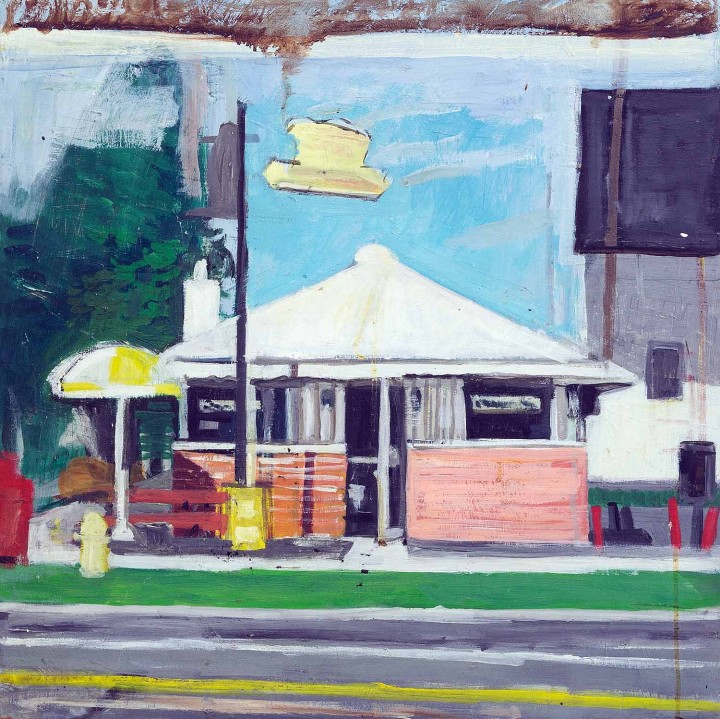 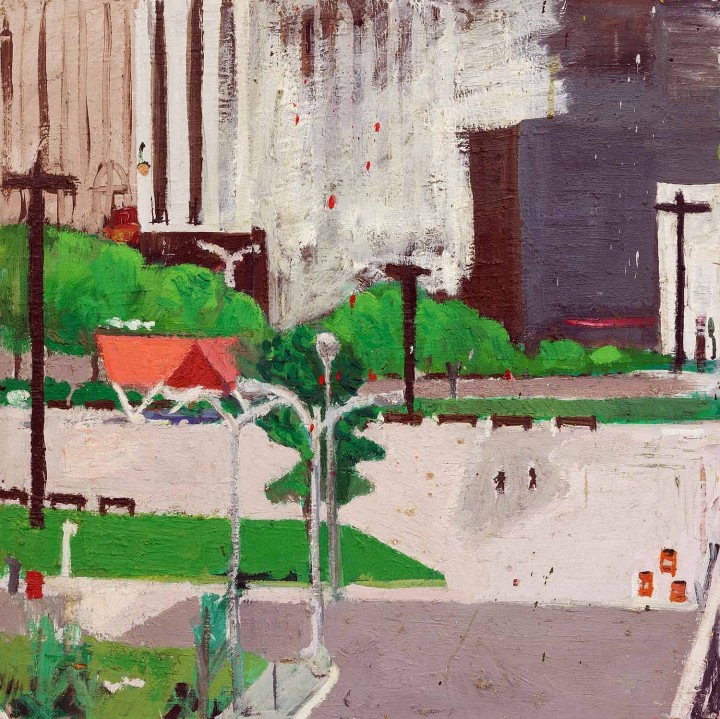 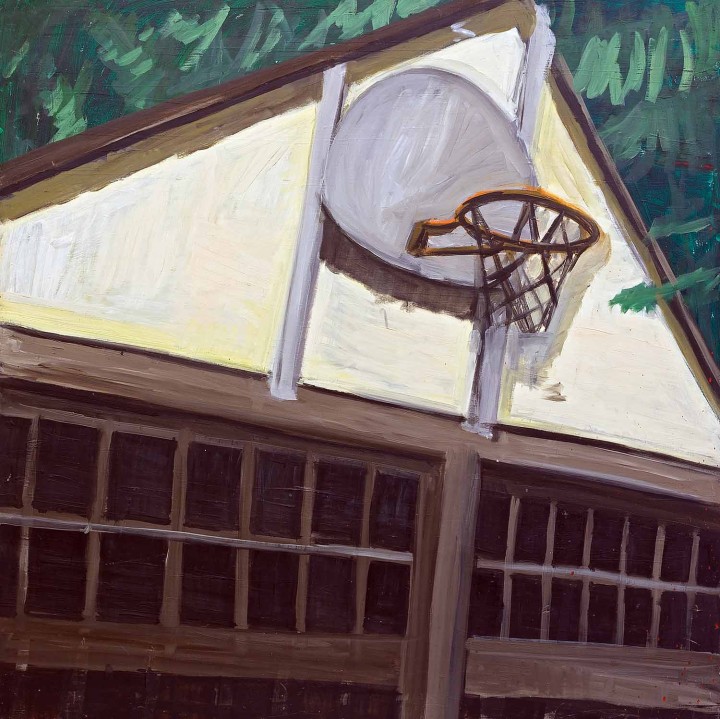 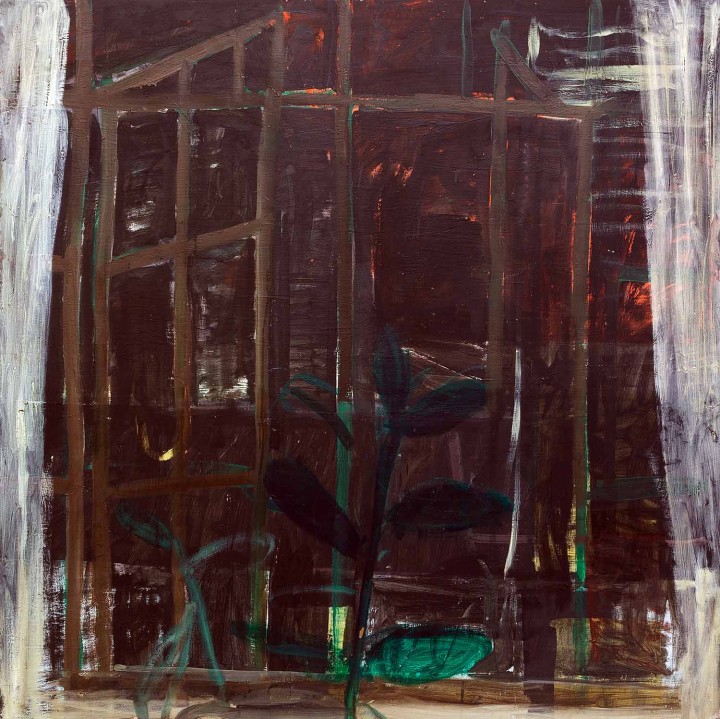 Empty lots, busy restaurants, silent houses and crowded garages: each a part of the landscape of southwest Detroit, and each evidence of life that either implies or absents the individual. In what is only Mary Ann Aitken’s second solo show at What Pipeline, a single line of large paintings stake out views from inside the city.

This sharply focused survey follows an introductory exhibition of her work at What Pipeline three years ago, which presented paintings produced on a number of rough materials, all with a heavy palette. That density of paint remains here, but all eleven of the oil-on-masonite works are uniform in material and more standard in size (the seven of them forming the line are 122 x 122 cm and the remaining four presented separately in the gallery office are each 61 x 61 cm), and all date from between 1985 and 1989.

In Why Not Live, a text by Maureen Aitken written to accompany this exhibition, she talks about tending to her sister’s estate just prior to her death in 2012 and entering a home absolutely stuffed with work, both in storage as well as occupying multiple surfaces. This material occupation of the domestic sphere by Aitken is inextricable from her prolific practice of everyday life.

Untitled (night scene) is one of the four large paintings that offers a view from the window of Aitken’s live/work studio in downtown Detroit. Here, green plants in the foreground climb up toward glimpses of a bright orange field in the upper-right corner, which has been effaced by another top layer of black. Segues of color borne out over the course of day linger in a single frame.

The remaining three large works all show the artist turning her eye to a different residential sphere: the home of Aitken’s parents. Here, the grid pattern of the garage door that dominates Untitled (basketball net) appears to carry over to the background of the adjacent Untitled (red car); our body becomes the space between them. This canny curatorial gesture then makes the doors of What Pipeline the next image. The way in is also a way out. 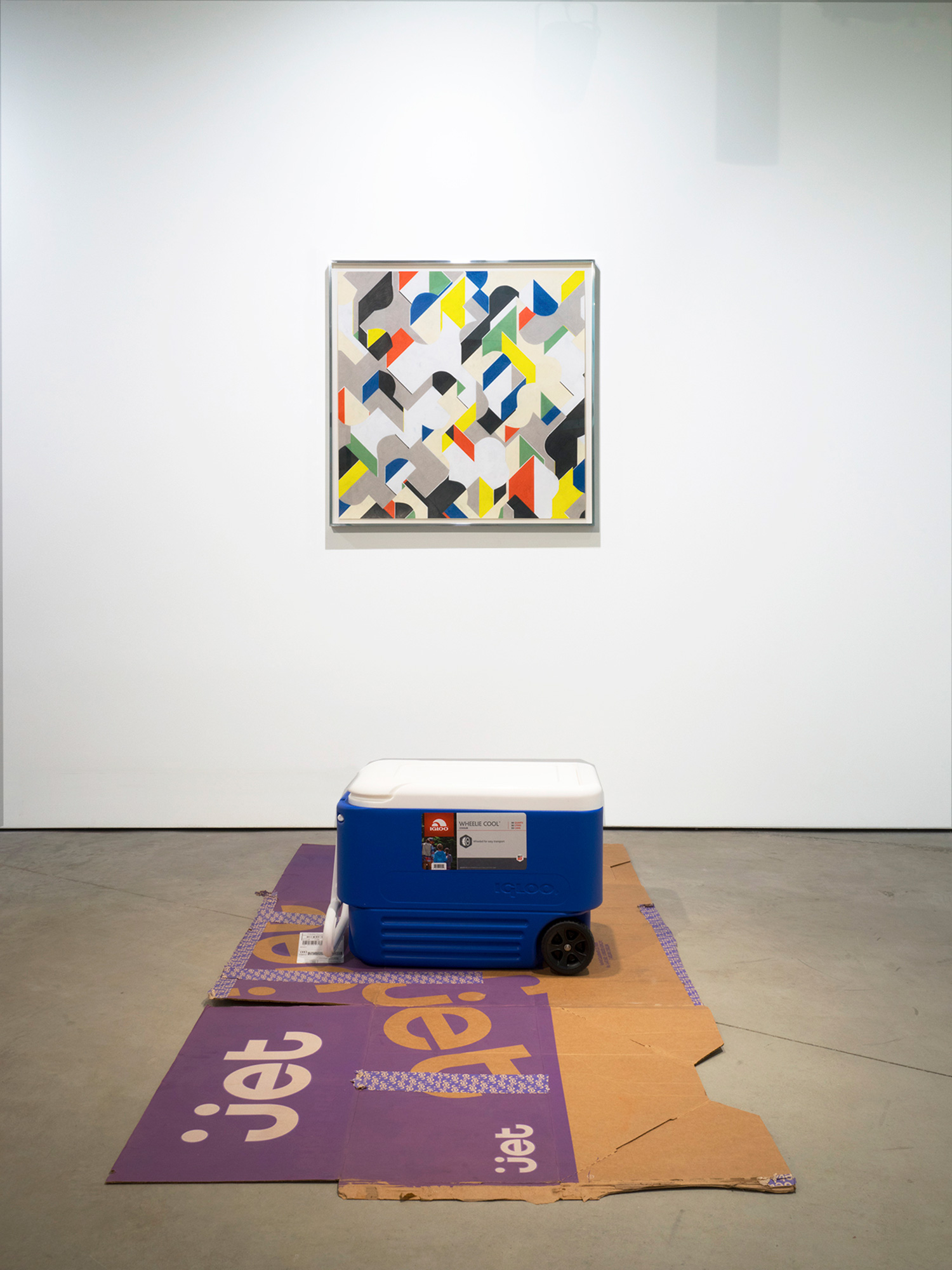