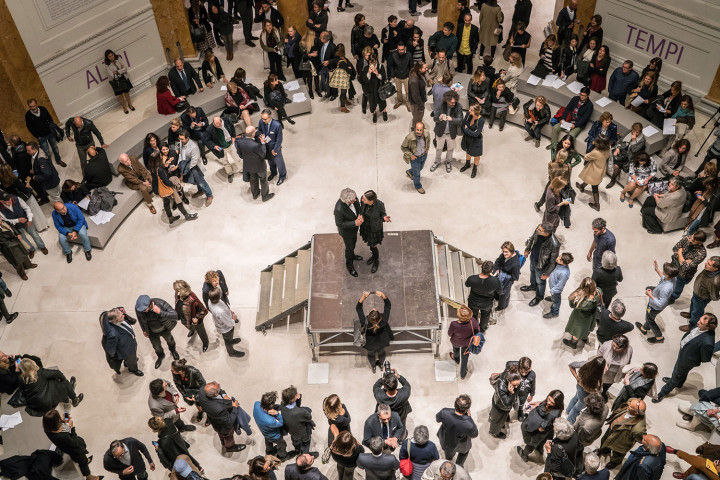 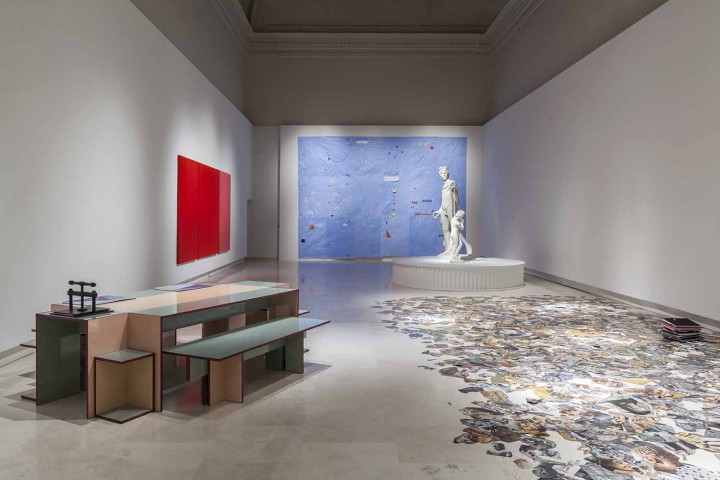 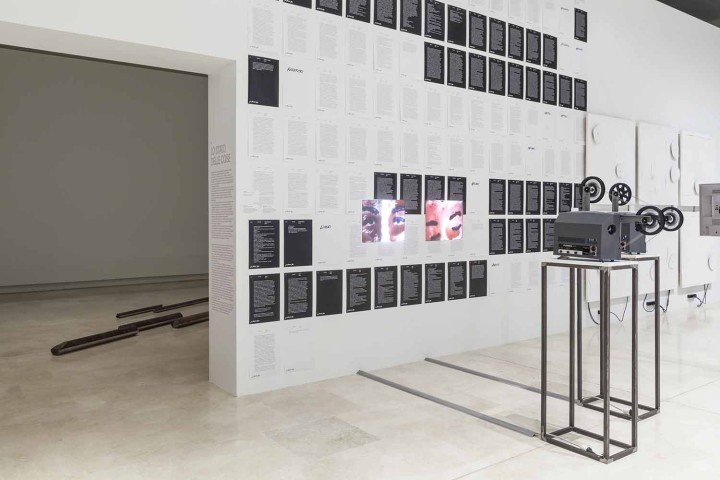 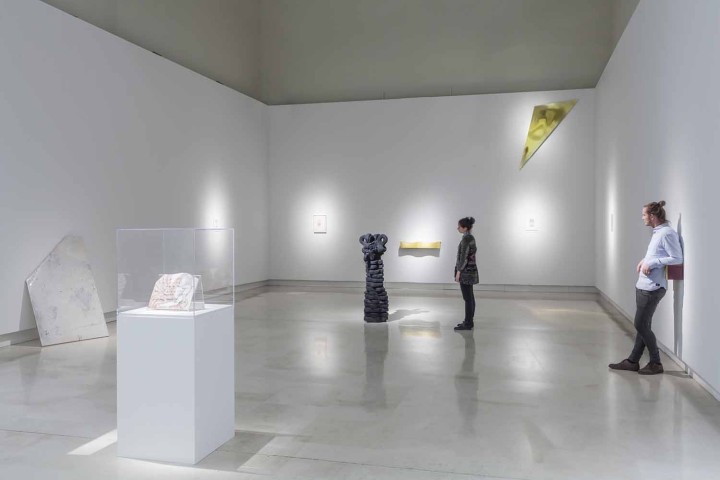 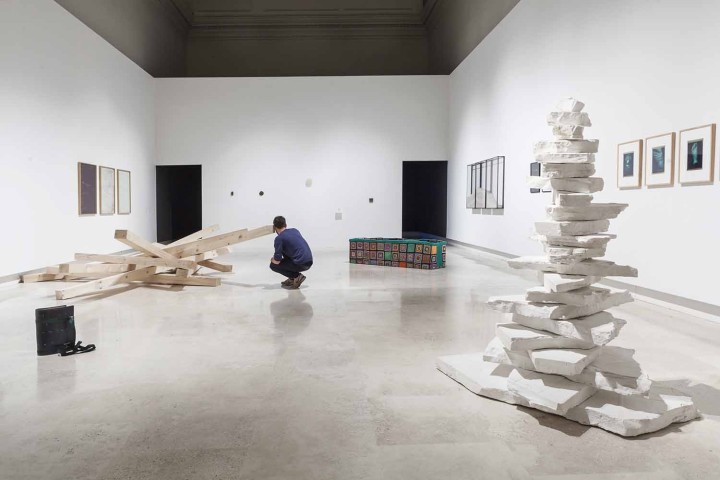 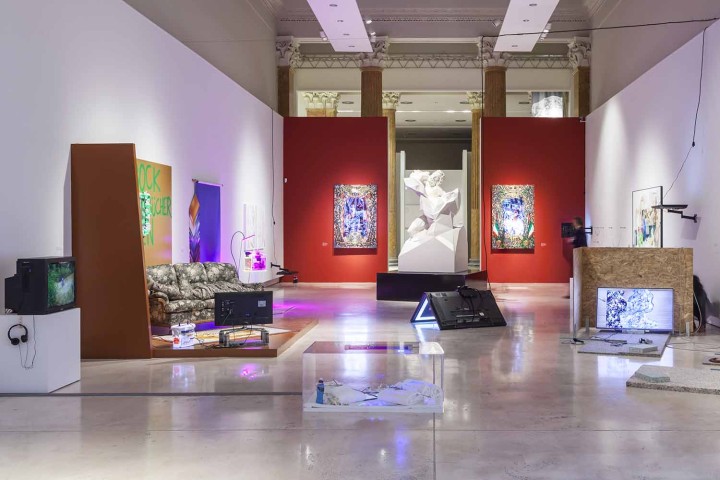 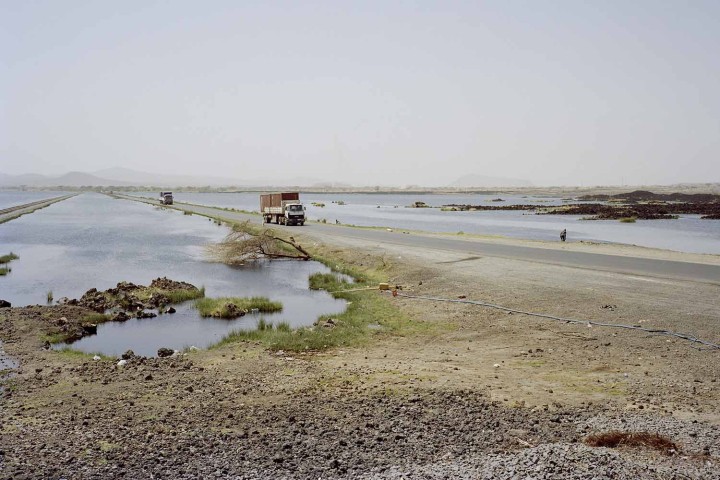 From October 13 until January 8, the 16th Quadriennale d’Arte, held at Palazzo delle Esposizioni in Rome, will present a survey of 99 artists and 150 works of Italian art under the title “Altri tempi, altri miti” (Other Times, Other Myths). Flash Art spoke with Franco Bernabè, president of the Fondazione La Quadriennale di Roma.

There are ninety-nine artists in the exhibition and ten curators who, through many projects, recount aspects of Italian art of our time. How was the structure of this Quadriennale defined?

This edition arises from Minister Franceschini’s endeavor to strengthen the initiative of large public exhibitions in support of the Italian art system. Of course, with its rather afflicted recent history, among these was the Quadriennale. Many will remember that the last edition was skipped due to a lack of funding. So once we found the resources (of which half are private), we set ourselves the goal of reviving the Quadriennale both in terms of approach and content, with the aim of outlining the broadest vision of Italy possible. It was vital that this vision take the art system and especially its components into account: not only artists, but also curators and publishers.

The first step was a call for a project from about seventy Italian curators active in Italy and, in many cases, also abroad. Out of the projects that we received — about thirty-five — an interdisciplinary commission selected ten, and these will shape the next Quadriennale.

One of the main problems of the initial call for a project was the heterogeneity of the candidates (which included some museum directors). Yet the final selection — with some exceptions — seems very consistent in terms of age and professional background.

The curators included in the initial list were quite diverse. Understandably, at the beginning there was some hesitation, then a choice based upon cohesiveness prevailed: that is, to focus on a generation of curators in their thirties and forties, with strong international exposure.

Why ten curators for the final show? Is this not too many? Will this choice not be at the expense of a more concise and thus more readable vision?

No, this is precisely the point. We did not want to provide a single vision. We wanted to narrate complexity and allow space for the liveliness and variety of the Italian landscape, for a plurality of voices. The choice of an edition that is carefully structured is risky, but the alternative, in my point of view, was never simply to select one or two. If anything it was to choose the artists directly through a commission, but we wanted to recognize the crucial role of the curator today.

Does it not then risk becoming the Quadriennale of curators rather than artists?

A similar and certainly legitimate critique was made by Giuseppe Penone, who was on the selection committee. Yet there are nearly one hundred artists in the exhibition, and choosing to involve ten curators weakens any absolutism or the dictatorship of a single curator. It gives space to the artists and to a debate that thrives upon their engagement with the curators.

The province, the portrait, Pasolini, Bartleby the Scrivener and his refusal, de Tocqueville: these are some of the ideas that will be developed by the projects of the selected curators. In what way will you try to construct a narrative that ties together the ten exhibitions?

The possibility of an organic narrative — if indeed one exists — is the basis of the selection. We looked for ten projects among those that we received which, even if not complementary, nevertheless explored a piece of Italian reality and could thus be placed in dialogue with each other. But you cannot provide a unified vision of our country because this unified vision simply does not exist.

What problems does Italian art have, and what are the causes of its weakness? And how does the Quadriennale try to respond to some of these difficulties?

I think the main problem is the fact that in Italy there has not been a stimulating creative environment in the last twenty-five years. Unlike in the past or in the 1950s and 1960s, it is as if the stimulus required to trigger a mechanism that can nourish a creative process has been insufficient. Such stimulus comes from aggregation, from a plurality of situations and people moving. For this reason, this Quadriennale was conceived with the idea of creating of a network between public and private spaces in the city and the main exhibition.

“Other Times, Other Myths.” The title, taken from A Postmodern Weekend by Pier Vittorio Tondelli, is also interesting because in some respects it is contradictory. It comes from a book that describes a bygone decade — the 1980s — and a form of postmodernism that we should leave behind.

The choice of the title — decided upon following a joint reflection — amazed me. Given the age of the curators, I imagined that that they would have chosen a title that expressed a much more radical antagonism. Instead, Tondelli is a very Italian choice, and the book deals with a gentle yet psychologically painful protest, where the provinces are in the foreground. It perfectly represents the kind of experience we are having, telling the story through fragments of Italian life — protesting gently rather than aggressively.

(Translated from Italian by Vashti Ali)

One of the most revered American painters of his generation Cy Twombly has died today, July 5, 2011.