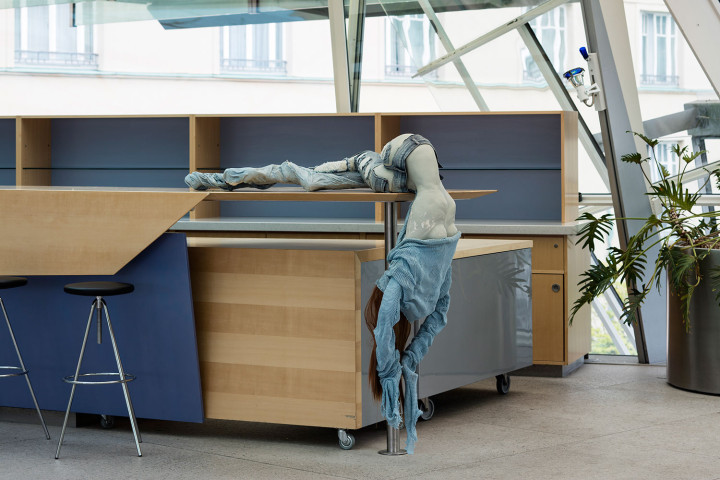 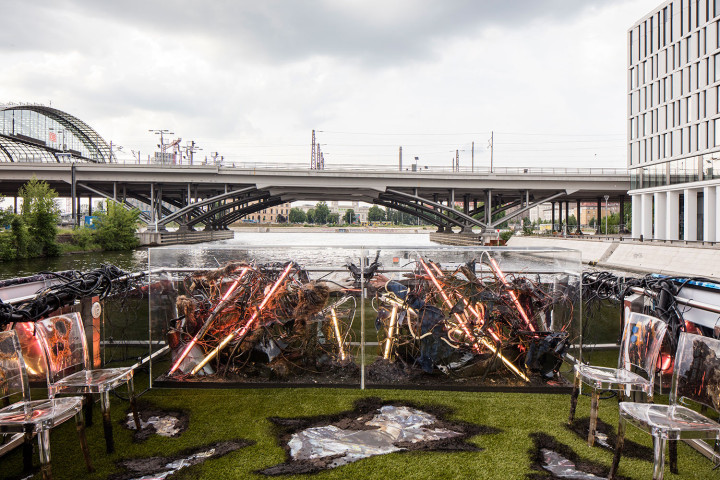 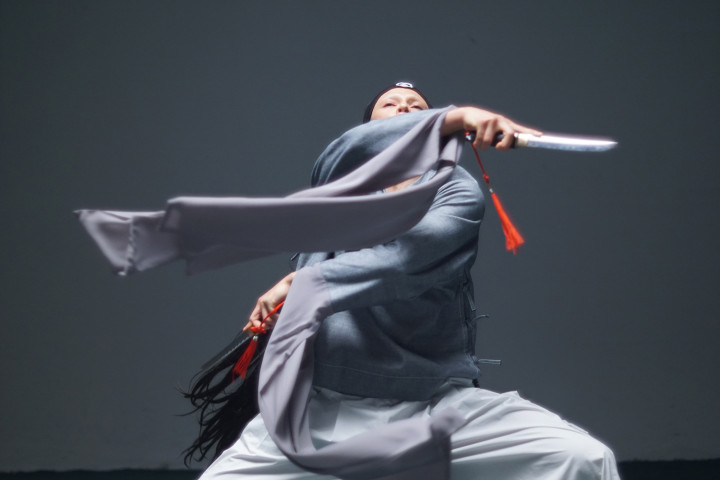 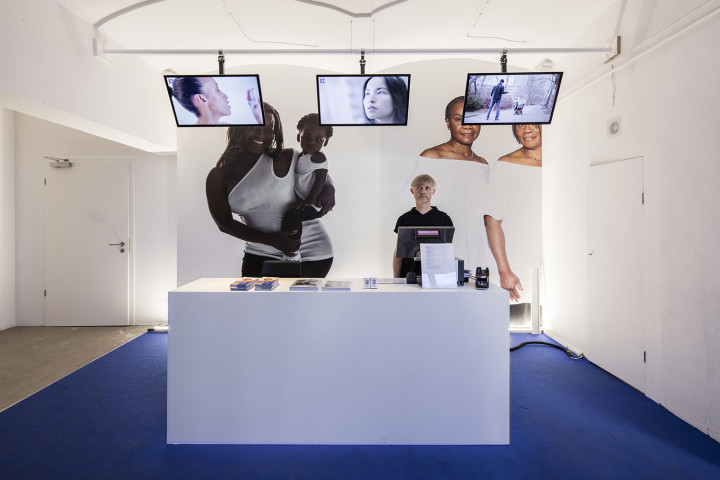 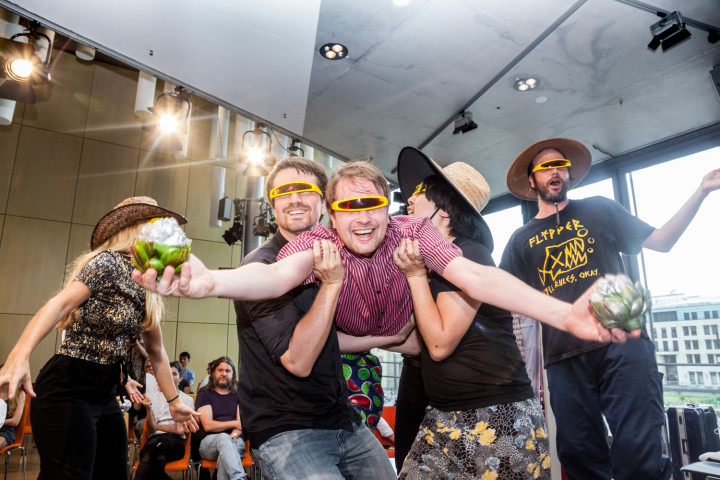 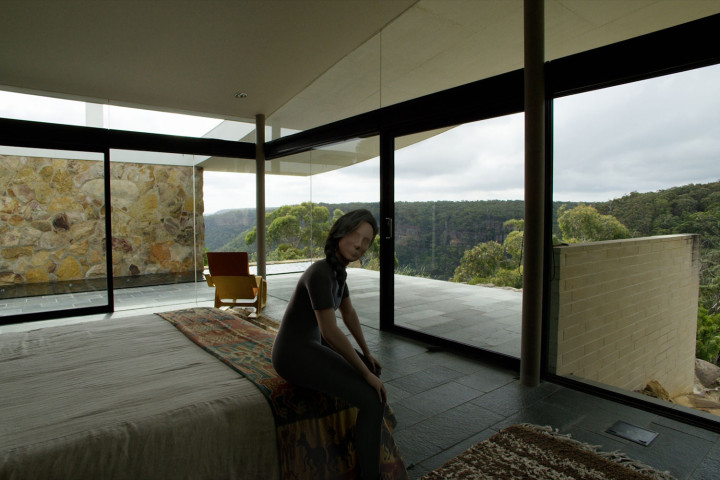 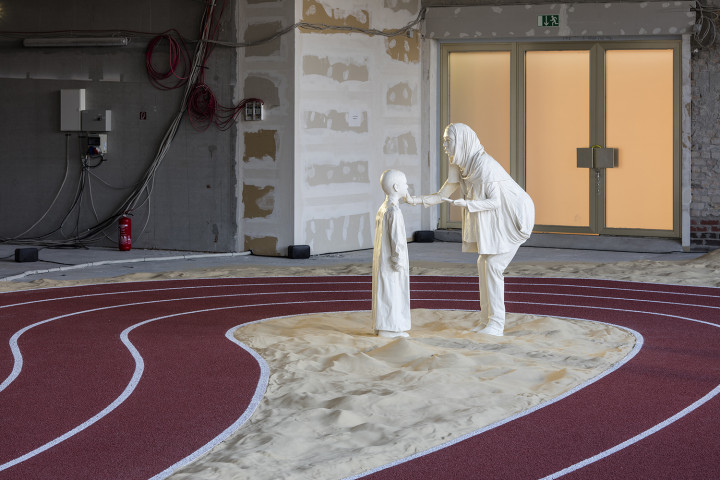 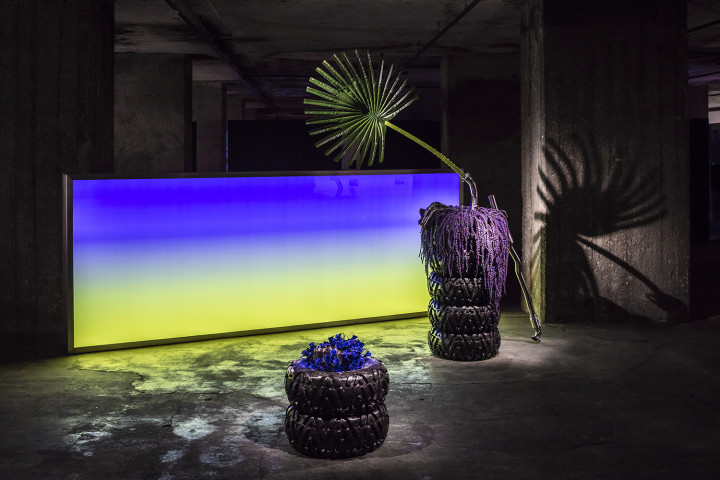 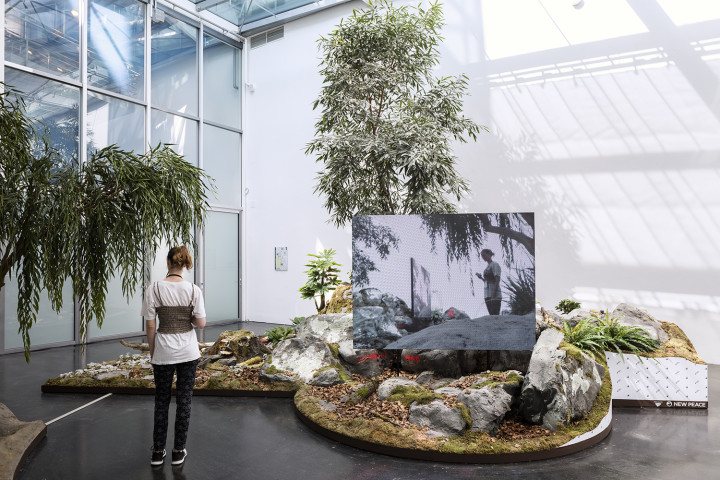 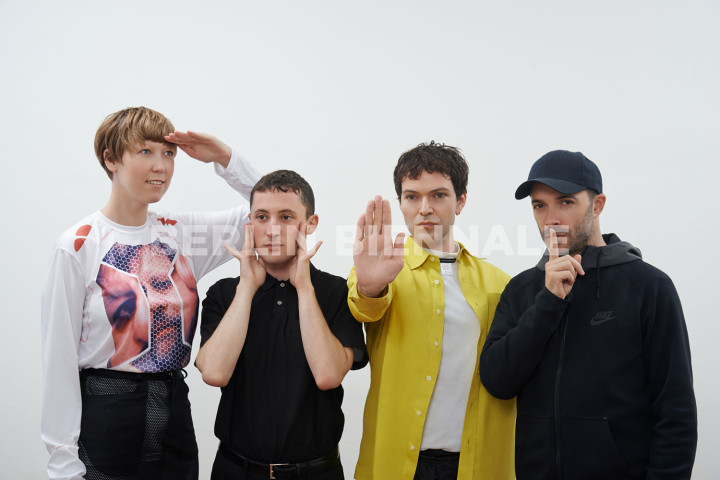 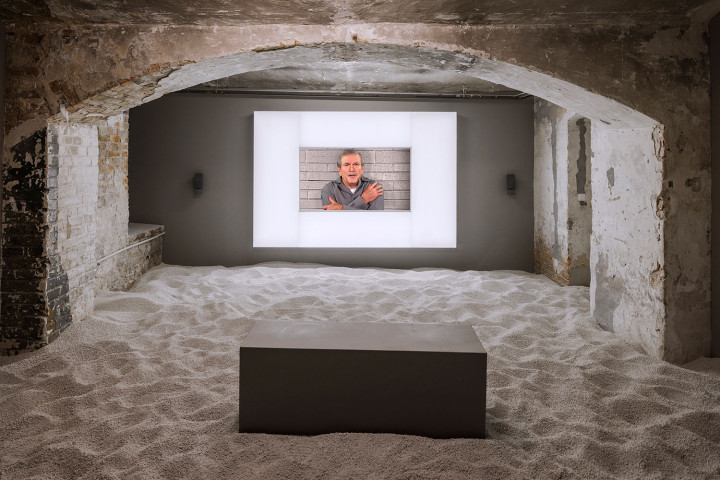 “People are going apeshit over this!” Or so an artist participating in this year’s Berlin Biennale told me, via e-mail. “Is that good or bad?” I thought, not having yet seen the biennial myself at that moment.

My fingers tapped “apeshit” into Google for an exact definition: “to become very angry or excited.” So: both then. That’s exactly how you might characterize the general critical response to the biennial, titled The Present in Drag: some people are angry (very angry), others are excited (well, perhaps quietly interested is a better descriptor in this instance).

Curated by the New York–based collective DIS, the term “post-internet” was plastered all over the biennial — with accompanying tut-tuts and eye-rolls — long before it even opened. DIS are known not as curators, but rather, as cultural producers who founded a digital publication in 2010. Their thesis looks directly to the present for its theme, seeking to materialize our all-pervasive digital condition — warts and all. They describe in the following terms their interest in the paradoxes that increasingly make up the world: “the virtual as the real, nations as brands, people as data, culture as capital, wellness as politics, happiness as GDP.” DIS aims to decipher meaning amid this climate by commissioning a number of artists who use strategies of advertising, branding and marketing in their work, emulating the qualities of corporations in a world intent on commercialism and the AR dematerialization of the human.

Encompassing five venues, art as a category of consumerism and cultural production spread throughout the city. Set within the ADK, a building that feels like a corporate headquarters made of glass and steel, Anna Uddenberg’s Transit Mode – Abenteuer (2014–16) saw wigged figures bent over to selfie-stick their asses; others comprised contorted torsos atop suitcases, a half-woman, half-traveler hybrid. With pert under-boob on display and glittering belly rings, these creatures oozed sex with their subjectivity sitting somewhere between porn star, yoga instructor and luggage store. At a moment in time when domestic travel is cheap and labor is globally circulated, Uddenberg responds with faceless, hyper-sexualized moveable cases — fill us with whatever you want — seemingly highlighting the ironic lack of any real identity or individuation allowed by this system.

Christopher Kulendran Thomas’s New Eelam (2016) asks how citizenship might be approached in an age when we travel incessantly and technology has accelerated our dislocation. Founding a real startup that provides access to apartments globally for a monthly subscription fee, he envisions a new form of boundary-less citizenship and collective homeownership. Presented as a promotional video embedded within a corporate environment curated by Annika Kuhlmann, Kulendran Thomas references the socio-economic systems proposed by, firstly, the defeated neo-Marxist Tamil Sri Lankan struggle, and secondly, Amazon, which has experienced an exponential rise to power and influence. Against this historical backdrop, he describes a global housing subscription that would function through an app, just like Uber or Airbnb — both of which have respectively transformed the taxi and hotel markets. So why not apply this logic to the housing market also, at a moment in time when people are stuck within a binary system of renting or buying (the latter available to a privileged few only)?

Leaving Sri Lanka as a child as the result of the civil war, the artist’s practice consistently references his country’s changing socio-economic structures and how this has impacted its people. With New Eelam, he widens the conversation to address a global platform; yet the degree to which his vision provides a useful alternative to the existing system is debatable. In prohibitively expensive cities, the housing market renders renters powerless and at the mercy of sky-high costs; so, yes, we need another option to prevent dynamic cities becoming homogenous spaces for a wealthy elite. Kulendran Thomas’ project could either provide an emancipatory and radical vision for all, or just another option for the wealthy few who already travel regularly.

Deborah Delmar Corp. created a juice bar, selling a green concoction called MINT. Pitting aspirational health food trends against the global fruit trade, her concurrent exhibition at Duve, “Headquarters,” realizes the HQ of the corporation and critiques the conflict of interest between the health of the individual and the planet.

Perhaps the most poignant works at the biennial were presented by Jon Rafman and Cécile B. Evans. Rafman’s View of Pariser Platz (2016) presented an Oculus Rift headset upon the balcony of the ADK. Initially reproducing the exact view from the balcony — including his sculptures such as his L’Avalée des avelés (The Swallower Swallowed) Rhino/Bear (2016), in which a rhino seemingly vomits or ingests a giant bear in an ouroboros cycle — this gives way to a hallucinatory vision of pavement-cracking, fog-swirling, animal-swelling mayhem, within which the viewer is implicated.

Meanwhile, Evans’s immersive video installation What the Heart Wants (2016) considers what constitutes a person in the digital age — machines being the intermediary that shapes us. In a large-scale underground gallery space, disembodied ears float about onscreen, while people remember a world of real bodies disposed of at the expense of our psychological stability.

The 9th Berlin Biennale — bb9 — shares its acronym with the long-running reality television show Big Brother. When this was first screened over fifteen years ago, the ability to observe the lives of others in a seemingly transparent way seemed revolutionary. Today, this reality television space has become hyperactive; we can constantly see into the lives of others through the Internet and social media platforms; everything is geared toward visibility and the selling of oneself. We are brands marketing ourselves to the world.

At a moment when Trump could feasibly be president, Brexit is on the horizon, the war in Syria continues to rage and refugees drown in the Mediterranean, we also navigate a disturbingly contrary space of popular culture: Bieber is king regardless of whether he is sued for plagiarism, and every tourist site is a selfie-stick opportunity. DIS taps into this zeitgeist, where human atrocities are ignored in favor of solipsistic trivialities. Some have seen this as a celebration of this present moment of spectatorship, a reinforcement of this value system. DIS are simply giving a physical body to the problems of the present, materializing these heinous superficialities to highlight the urgency of our current situation. Arguably, this is irresponsible, given the critical overtones that could and should have accompanied this form of content. Overall, the biennial feels shallow during a deeply complex time, imitating rather than holding the system to account.