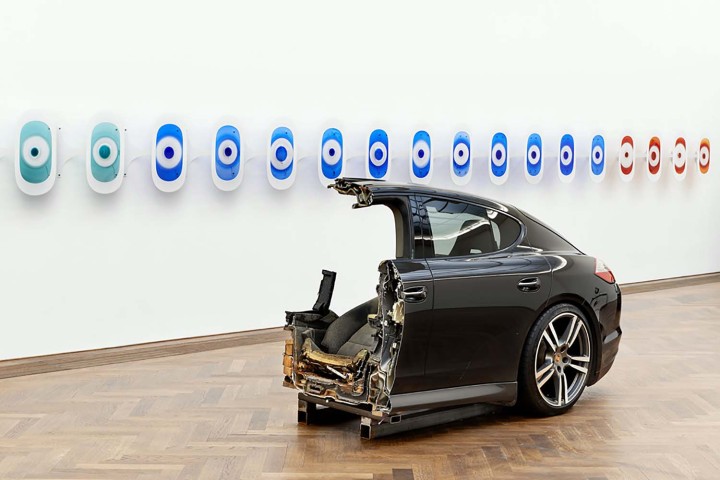 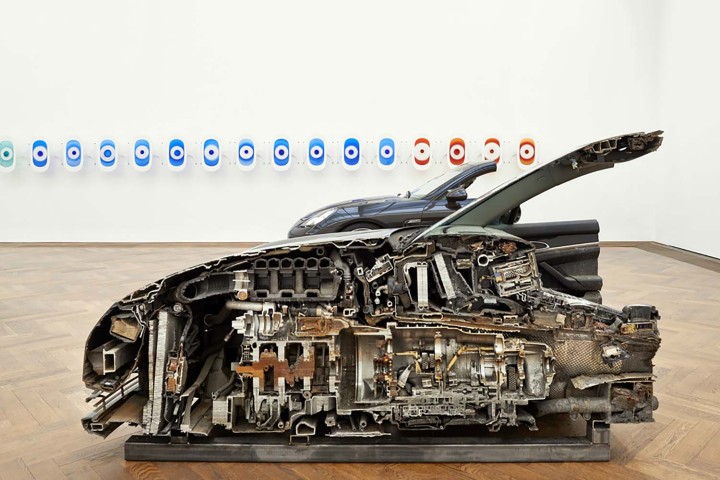 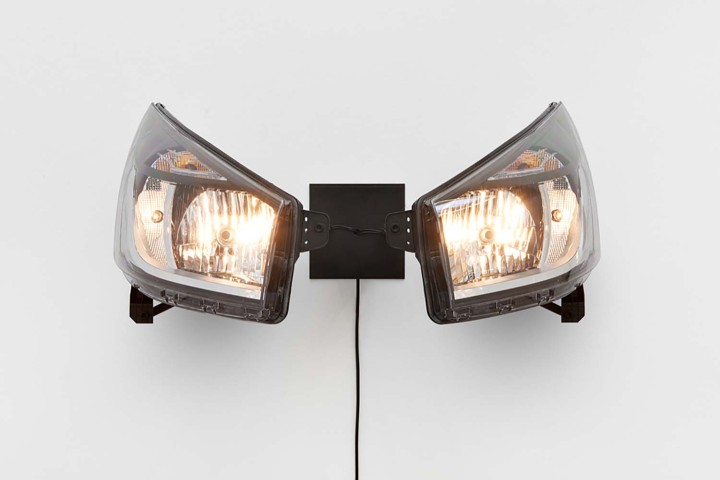 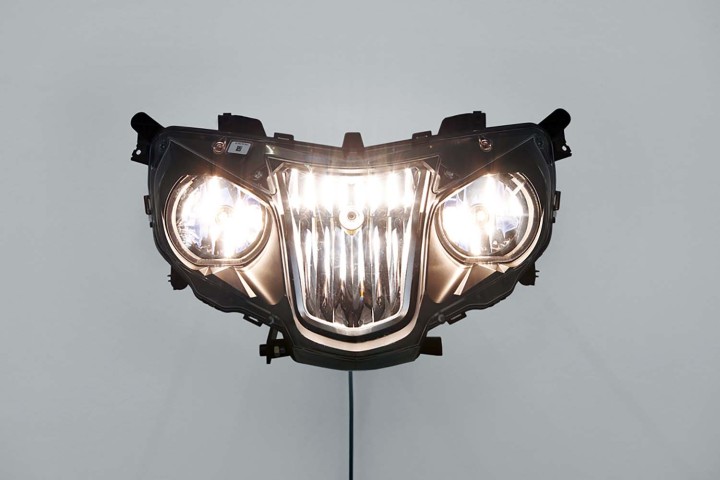 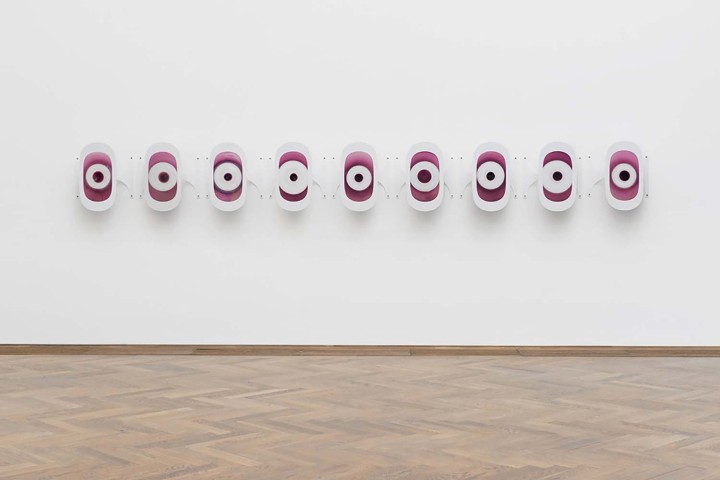 The security lines at American airports this summer are expected to last hours, oil prices are down, ticket prices are up and seats are getting smaller. This is just one industry screwing the economy class of the human race.

For many years Yngve Holen has shown a fascination with how we relate physically to the inner workings of technologies and products in these situations. In his first major institutional exhibition he debuts large new series of works that continue an investigation of corporate and human coldness.

Eight wall-hanging aluminum sculptures line the walls as one enters the show (VERTICALSEAT, 2016), jutting heavily into the space of the narrow room and relating directly to the aesthetics of security fencing. They’re attractive, clean and orderly; perhaps like the concepts of property protection and anti-other they elicit.

Car or scooter headlights connected in pairs (Hater Headlight, 2016) suggest bug-like eyes peering down this hall and elsewhere. One thinks of the antagonists of the Transformers franchise, the Decepticons, with evil alien connotations and technological surveillance implications that Holen presses us to relate to real-world events.

The idea of the evil eye repeats literally with a series of works lining the walls of two rooms (Window Seat A, 2016). Mimicking the large and lauded Boeing Dreamliner window, hand-blown glasses in concentric iMac-colored circles make reference to the nazar amulets used by Eastern cultures. Here, we assume, one needs to ward off the evil eye of those in a middle seat. A Porsche Panamera sits splayed and inverted into four perfect pieces nearby (CAKE, 2016). It’s a strong reminder that for all of us stuck uncomfortably in the back, first class exists in the same enclosed space nearby. 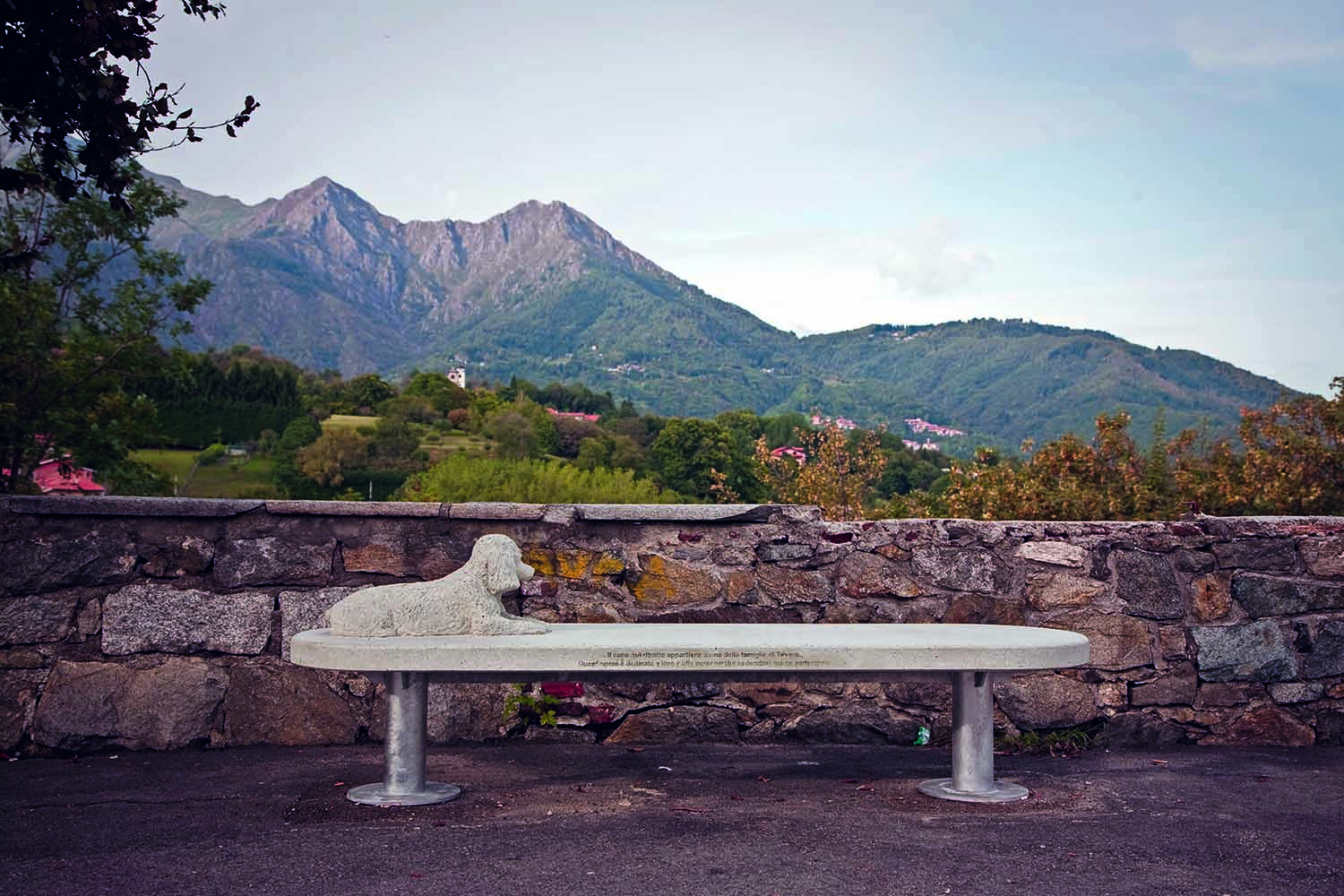 When last summer Art Basel named Samuel Leuenberger curator of the city-wide sculpture and performance Parcours sector, it was something…