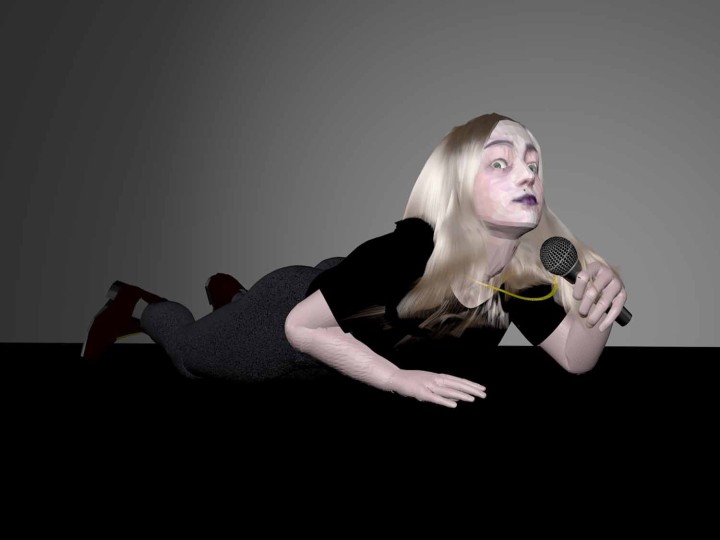 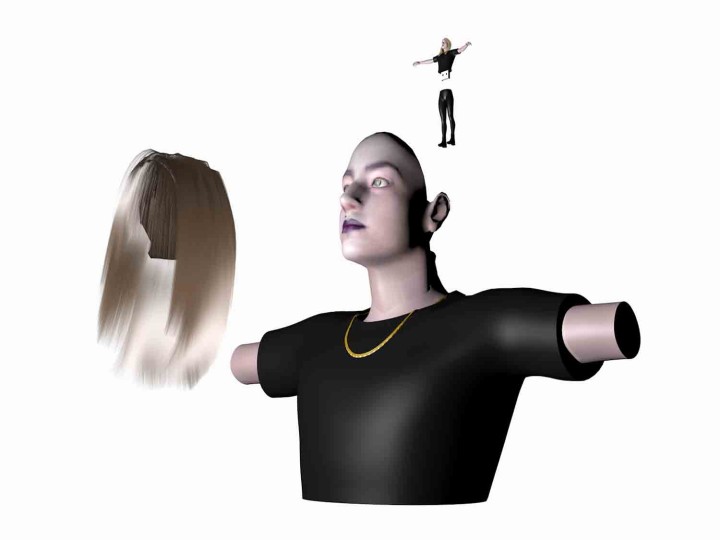 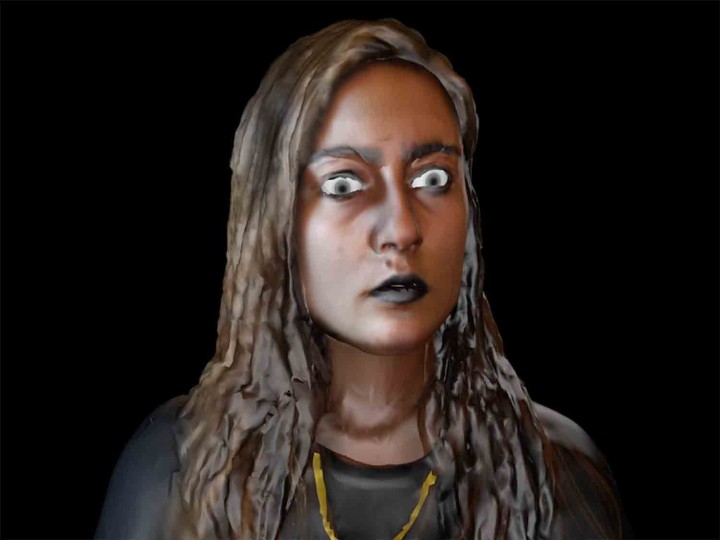 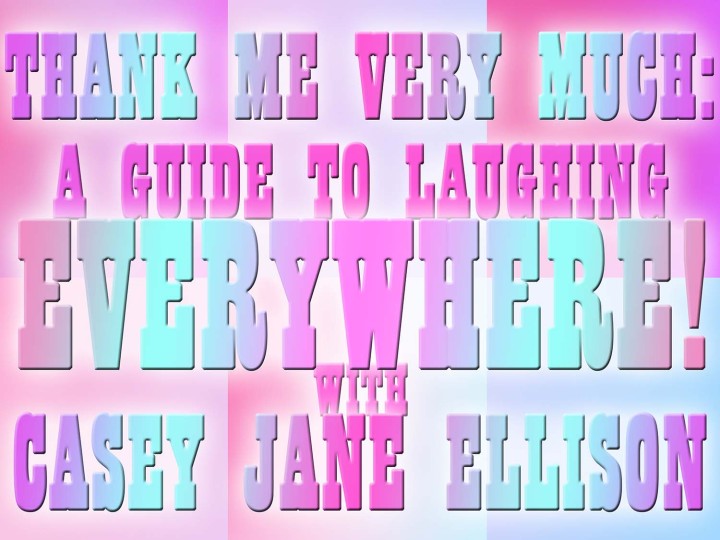 She’s wickedly funny, often at the expense of the art world. Los Angeles–based artist Casey Jane Ellison’s performances, videos and animations have been seen at MOCA Los Angeles, MoMA PS1 and in the New Museum’s 2015 Triennial, curated by Ryan Trecartin and Lauren Cornell.

Maxwell Williams met the artist at the Yellow Tea House in Koreatown for matcha shakes.

What are you working on now?

Just the general fear of the companies that control the Internet and monetize it. They filter and make you feel warm and fuzzy, but then there’s all this metadata that’s being collected. If you let go of privacy five years ago, you’ll be fine.

I always have these fever daydreams about a time when Google is the only country and is our overlord.

It would be a relief. But what’s depressing about that is all the same arguments and problems would still exist — the same racism and classism and everything.

Is Hito Steyerl funny enough to do a roast?

That’s what’s weird about roasts — they’re very dark. We’re all internalizing this loathing of everything, and it’s important to get it out. I can’t imagine people won’t relate.

I was thinking in my head on my way over here: What if we made this fucked-up interview where I pretended to be an asshole and was like, “What do you even do?”

I love that. Let’s do that.

But I’m worried my editor might be like, “We can’t use this.” Sarcasm is hard in a serious format.

What is serious anymore? What do people want to read? People want to read sullenness? Where is there not humor in anything? But that’s also the criticism of the Internet — that funny replaces authenticity or correctness or journalistic integrity.

Laughing has always been very important to me. It’s the most important thing in my life, as an exercise and as a way to see the world. Also, comedy is really about chaos. How can you ever be sure about anything? Whenever I feel like I’m serious, I’m like, “Ugh, did I overstep?” I get nervous when I’m serious. When the assumption is that I should be serious, I immediately have to be funny to avoid that.

I think a lot of people know you through “Touching the Art,” in which you really rip into the self-seriousness of the art world.

Entering the art world, nothing really seems that honest, so comedy kind of mimics that in the form of entertainment. And with the art world, there’s just so much opaqueness — nothing makes any sense — and I just felt, at the time we were making that show, that everyone was losing their minds. I feel everyone is still losing their minds. And then to pretend I have a talk show, where we’re actually dissecting these abstract things that are literally turning to ash as we begin to talk about them — it was so funny to me. There are no answers.

You do comedy nights at Night Gallery, and you are usually the only person at those that is an artist that works with comedy. The rest of them are comedians, but they’re in an art gallery, which oftentimes makes it awkward, because they’re trying to do their straightforward stand-up.

Right. They’re just trying to use that form, which needs a very specific venue, a very specific dynamic with the audience. It’s a challenge. But I’ve done it a few times in art spaces, and you can acknowledge the space, respect the space, and also be a comedian the way you should be and capture the room.

At this point in time, I feel that it’s negative, because people are looking at themselves. That’s fine. I do it. Too much. The ultimate goal in the ’60s was to love your brother and your sister or your neighbor. It’s going against that. But maybe we’re just in the middle of the process. Maybe we’ll get tired of refreshing our own stats. But Kim Kardashian — I can’t say anything that hasn’t been said about her — she’s the best. She did it. And it’s perfect. She and Kanye are the best thing I’ve ever seen in my life. I love seeing them together. It’s so cute. They’re the perfect couple. And that’s all it’s about — someone being, like, “They’re the perfect couple,” and watching them.

You use language a lot in your art. I was watching an older animation of yours, and you were using wordplay, but in a way that’s nonchalant. One instance that I was thinking of was when you called a smartphone a “smarf.” You do these contractions and faux-neologisms a lot.

I’ve never thought about it. The smartphone example—the abbreviations—I think it’s because what I’m talking about is so boring. It trivializes the word, and it makes it clear that it is one of these things that doesn’t matter. I don’t want to say “Genius Bar,” because that concept is so boring, so if I need to say something, the language has to change. I think it is the language of avoiding pure wastefulness. Don’t say “Genius Bar.” It’s like a bad word. It’s the anxiety surrounding monotony, and maybe the evilness of the word, too. To talk about my smartphone is a little evil.

¹ Steyerl’s involvement in the Roast is unconfirmed at this time.