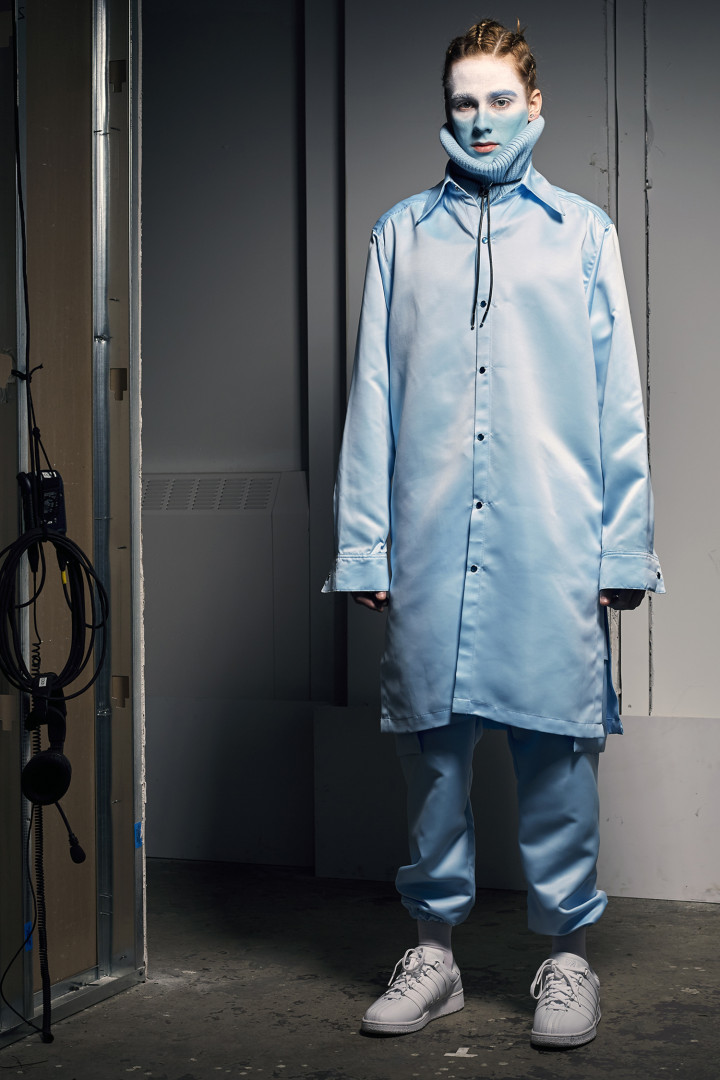 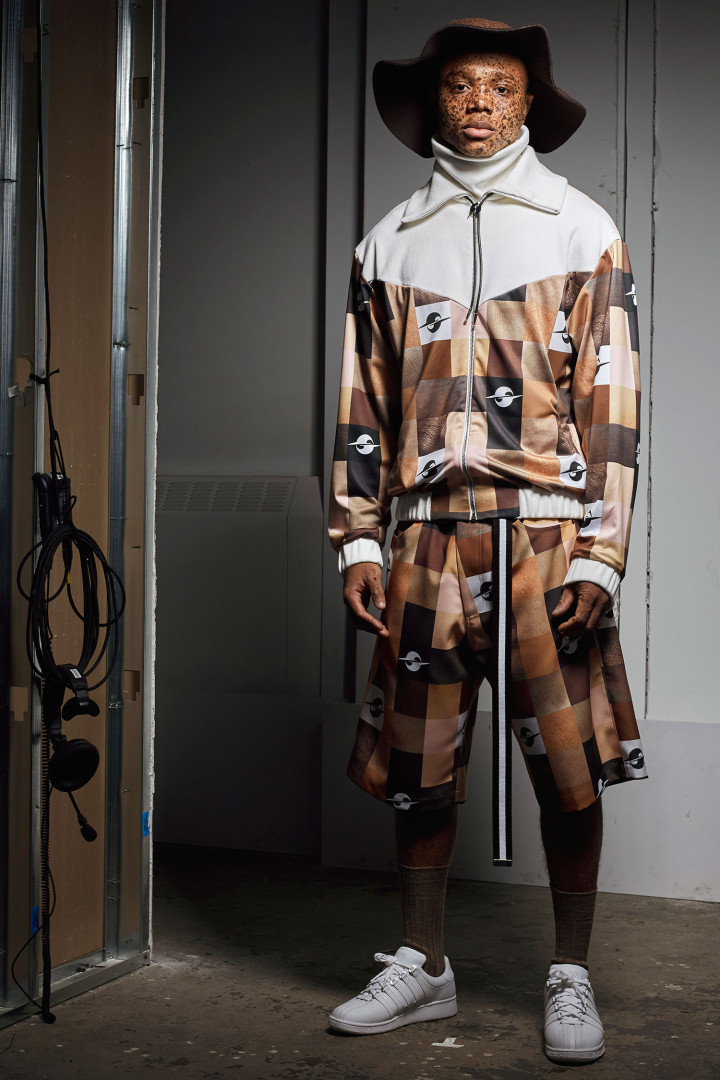 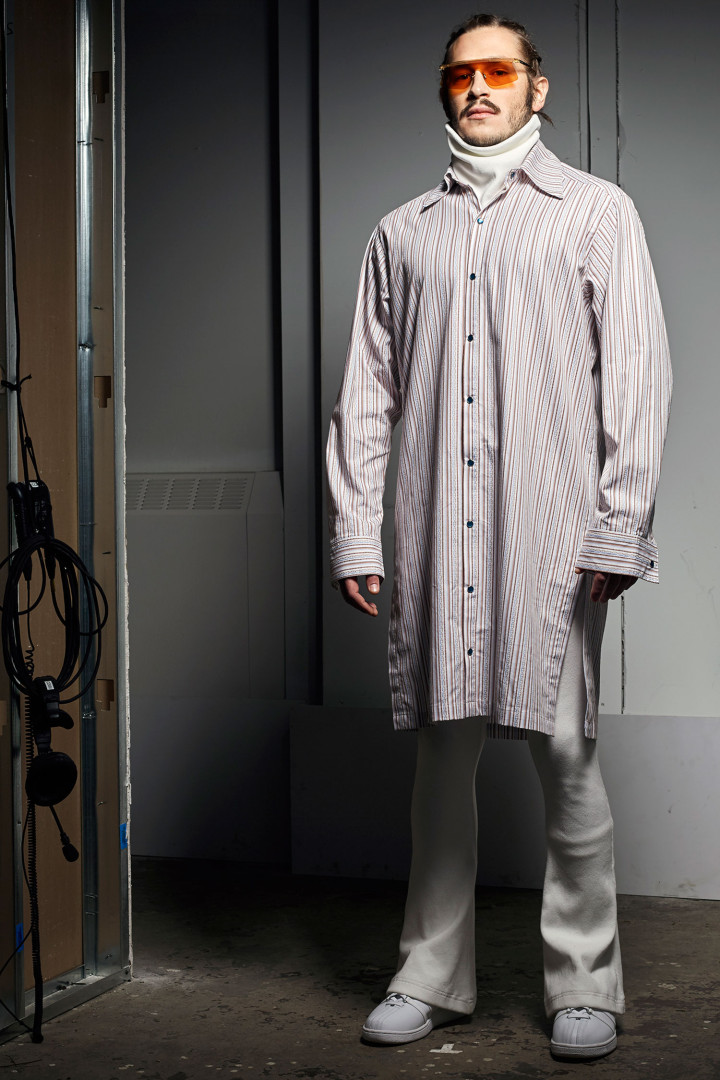 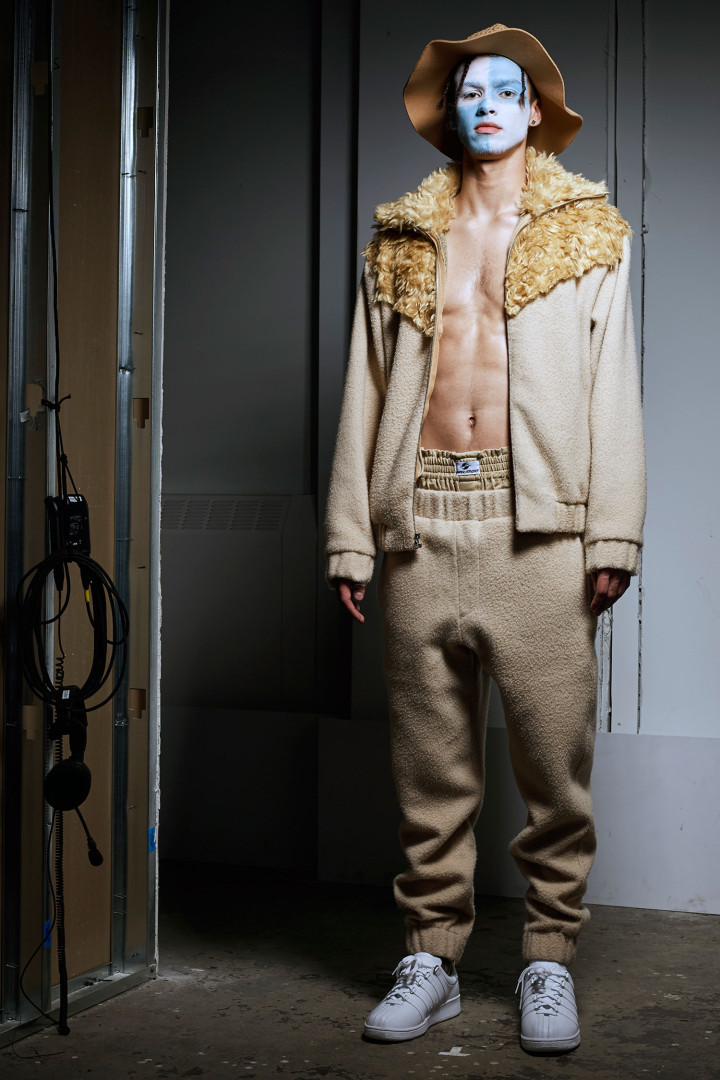 The newfound visibility of fashion label Gypsy Sport comes at just the right moment. From the outside, Gypsy Sport strokes our current delectation within contemporary art for a bespoke revivalism, with material qualities emphasized in the handmade textiles and quilts, one-off garments and small-scale jewelry-inspired works coming out of many artists’ emerging or rediscovered productions (everyone seems to be sewing or at least interested in sewing).

Take Susan Cianciolo’s recent exhibitions (a version of the artist’s solo show at Bridget Donahue Gallery recently closed at 356 S. Mission Road in Los Angeles). Cianciolo’s quilts and garments, crafted and hand-stitched to reveal the personal idiosyncrasies of both wearer and maker, embed identity within themselves — an effect that resonates on an atelier-scale with Gypsy Sport designer Rio Uribe. For both Cianciolo and Gypsy Sport, the formation of an identity along a garment’s folds and textures is slippery; it may contain a constellation of references that both cohere and rub against one another. Elements are physically and metaphorically sewn together in fluid ways that manage to establish a healthy sense of humanistic openness to error or complication within that process. For Uribe, this humanist attitude or ethos is symbolized by Planet Haturn, a fictional place of universality, openness and timelessness, where Gypsy Sport was born. Planet Haturn is futurist in orientation and positive in outlook, but nonetheless aware of the complexity in that position, always taking into account its past.

Uribe grew up in LA’s Koreatown, an area whose mixed demographics run opposite to the city’s typically sharp lines of segregation. A clear influence on his collections’ blends of colorful and grunge multiculturalism, K-town nevertheless possesses an historical underbelly of social upheaval, as one of the centers of the 1992 Rodney King riots. Through the brand, Uribe manages to speak to this friction, offering up utopian, unisex and distinctive designs that reflect our racial melting pot while also, not unlike Miuccia Prada, taking from readymade, mass-industrial designs, utilizing them as a socioeconomic ground. You see this in the styling of women in their FW 2016 presentation, in pulled-up calf-length hosiery and orthopedic shoes — a look of mid-century hospice care — to the wide cuts of layered unisex garments in vertical green stripes, sagged down to reveal Gypsy Sport–brand underwear in earth tones. Blue-collar and street.

Gypsy Sport’s collections are broadcast in buoyant, elementally fun and entertaining runway shows and edited videos, looking like a successor to the spectacle-laden showmanship of Miguel Adrover in the late ’90s and early ’00s. At a Gypsy Sport show, weight is given to its irreverent post-sexual attitude and look, which also strays toward earth-laden and familial, with the brand sending out a model carrying her newborn for the finale of their latest presentation.

Adrover, also an apparent influence on the more singular, destroyed garments from previous Gypsy Sport seasons, struggled to keep his brand alive after losing financial backing in 2012. Uribe was working merchandising at Balenciaga at that time, and only two years after that designing a line of hats that would end up at Opening Ceremony. The label owes its meteoric rise to that accessories line, which would prompt a studio visit with Anna Winter and a CFDA award only last year. Displaying an acumen that seamlessly blends design and business, Uribe and Gypsy Sport build a unique look that also emphasizes a heavy brandedness on par with a label like Hood by Air. Gypsy Sport’s destroyed beachcomber forms and cuts become more organically sci-fi with the incorporation of the Planet Haturn logo, featured prominently not only on accessories but also in patchwork coats and shorts, stitched into reverse seams amid variously skin-colored and sheep’s-fur squares in a line from FW 2016.

Saturn as a symbol means business, but it also means life-affirming joy and grounded freedom, a Gypsy Sport mentality that blazes forward with rose-tinted glasses, fearlessly looking toward the past while butting up against all of the apocalyptic potential of the present and future.