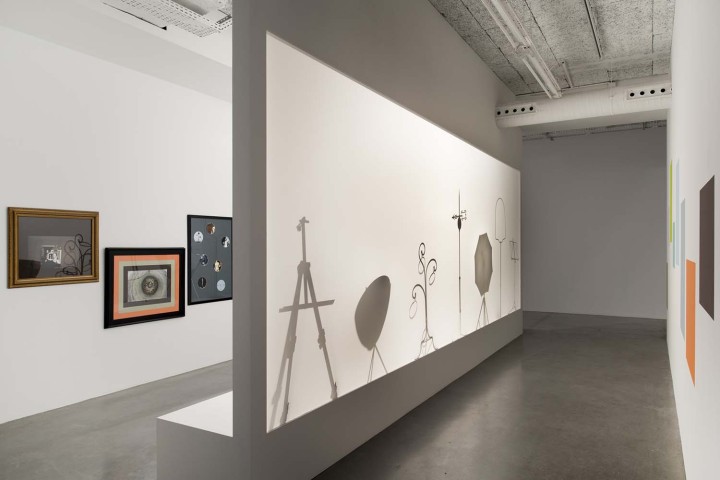 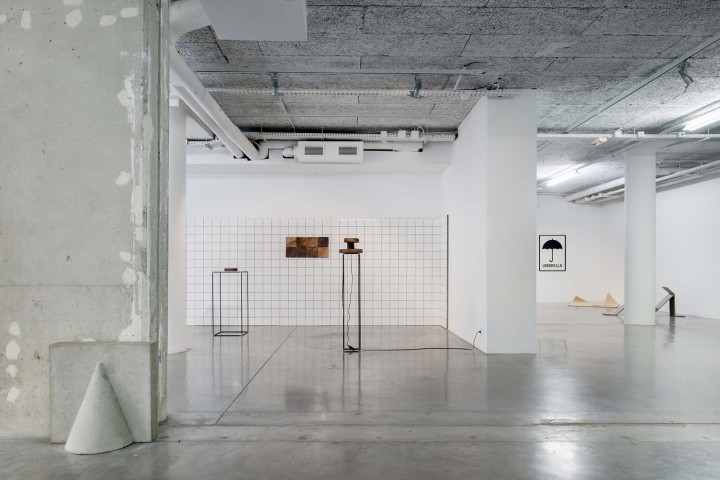 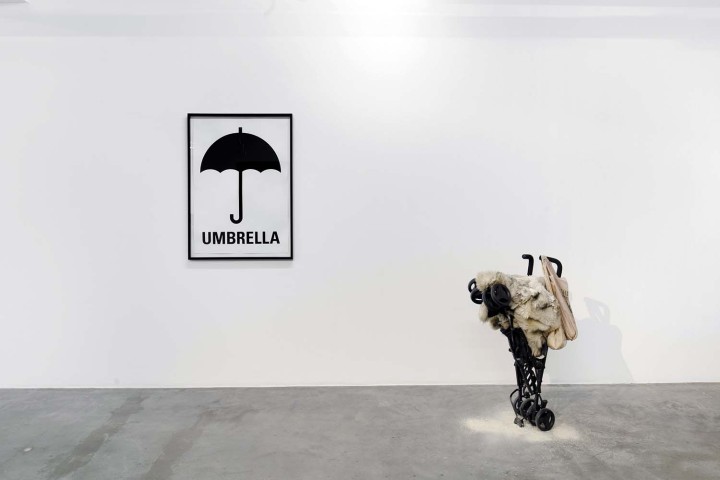 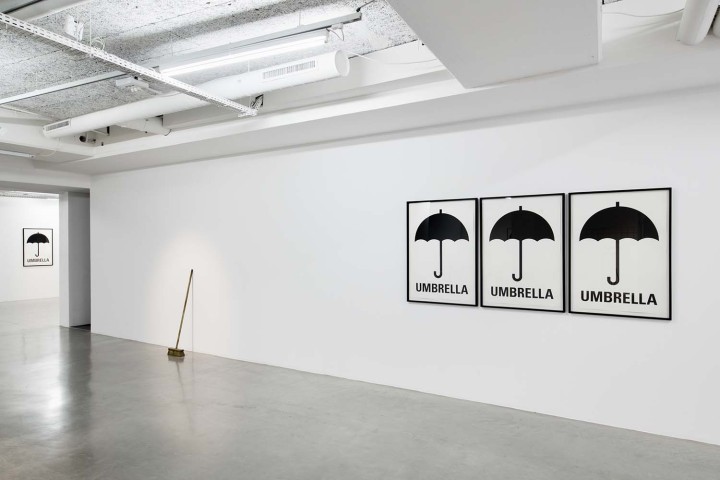 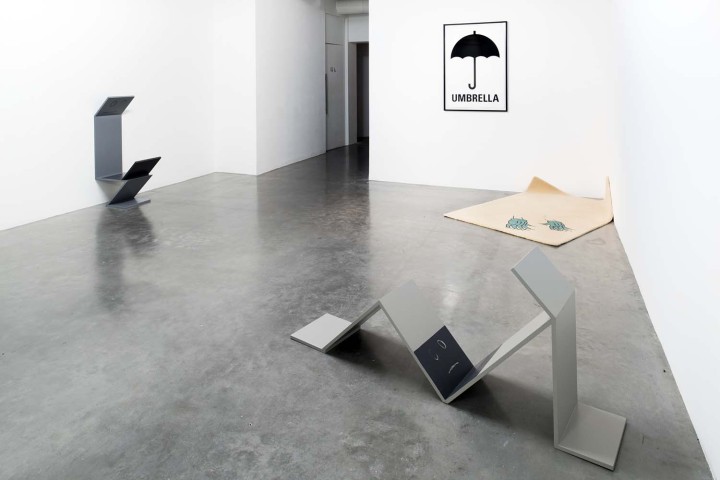 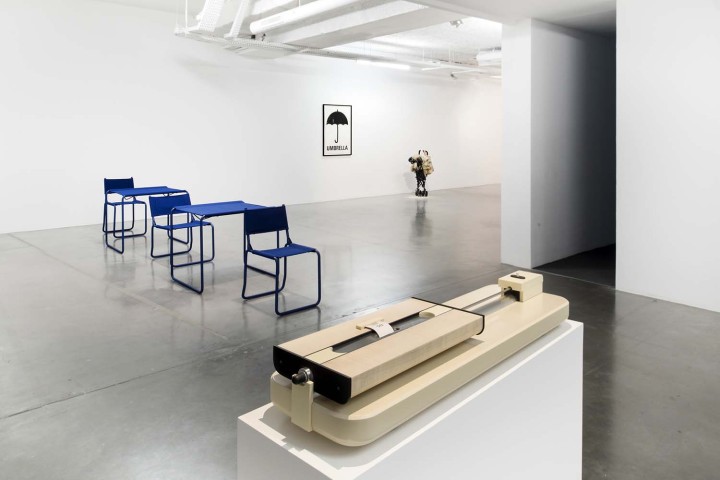 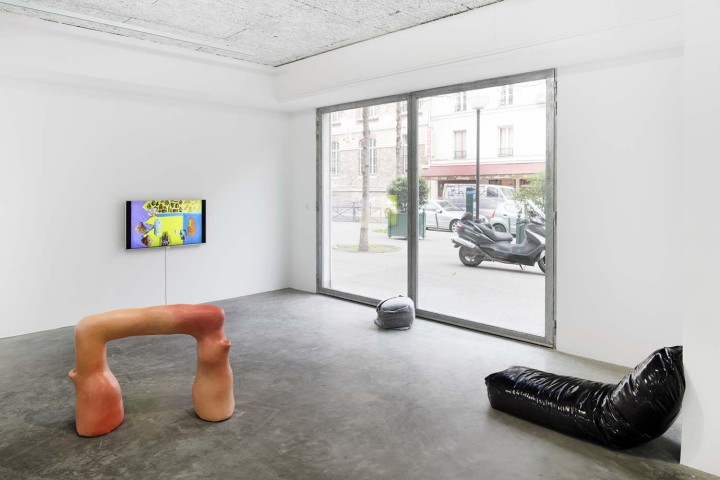 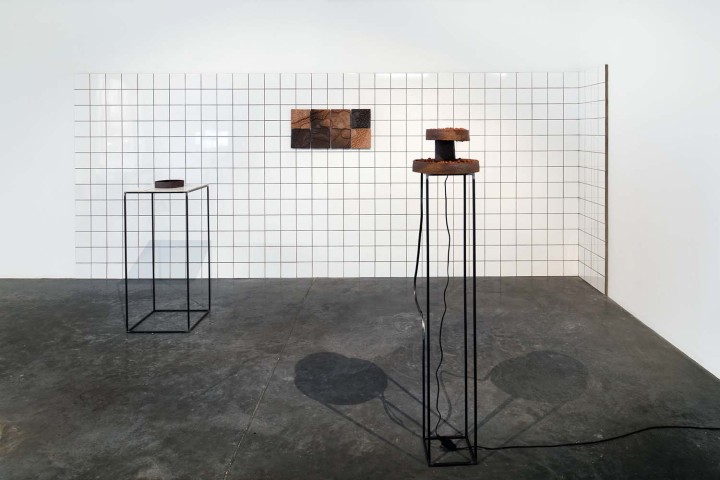 Thérèse the Philosopher (1748) is an anonymous text that the Marquis d’Argens described as “so filthy that even a seasoned debauché would be forced to blush.”¹

Let’s pretend now that institutional France is a convent haunted by Catholic rite, and the objects within imbued with an asceticism intended to induce “spiritual” insight through violent traditionalism instated by government and art history alike. Curator Francois Aubart prods at our repressed selves through what he calls the spirit of the shelf — a mode of presentation, he argues, in which “contradictory desires” emerge in objects when asked to perform. We might call it a slow striptease intended to titillate those for whom a cigar is only a cigar when not in present company, i.e., object fetishists that see thingliness itself as a source of arousal, or at least an opportunity to enjoy the uncertain psychological slippages of suggestion.

Such is the case in Camille Blatrix’s touching surfaces Tosh 3 and Tosh 4 (both 2015); and in the potently perverse sparkle of Karl Larsson’s The Dangerous beauty of an empty room (2010). Barbara Bloom’s Absence-Presence (2006) takes this into the realm of the performative with a backlit burlesque of music stands and their semantic doubles; while Jean-Pascal Flavien’s tables and chairs fetishize the functionality of the interior object by making it precious, fomenting a look-don’t-touch arousal. Simon Dybbroe Moller takes shelf-wit to its wittiest in Animate V (2012) by reminding us that an aubergine is not just an aubergine anymore, and a sweet ride is all it takes to seduce. The most perverse philosophe of them all, however, is James Welling, whom in his Middle Video (1972–73) piously caresses and explores objects, one by one, as if to see what touch can tell us about ourselves — a polyamorous materialism. Sure, it’s hyperbolic to claim Aubart’s exhibition as a stage that would make the debauched blush, but it does succeed in libidinally mitigating the frigid message that has become inherent to institutional space.

1. Gasper, Julia. The Marquis d’Argens and the Authorship of Thérèse Philosophe. 2013.

For the thirty-fifth anniversary of Parc de La Villette in Paris, Will Ryman has created an expansive, three-part, site-specific installation…