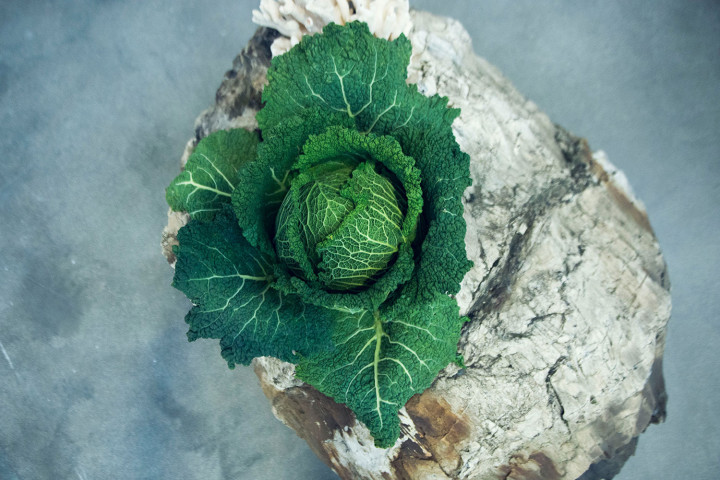 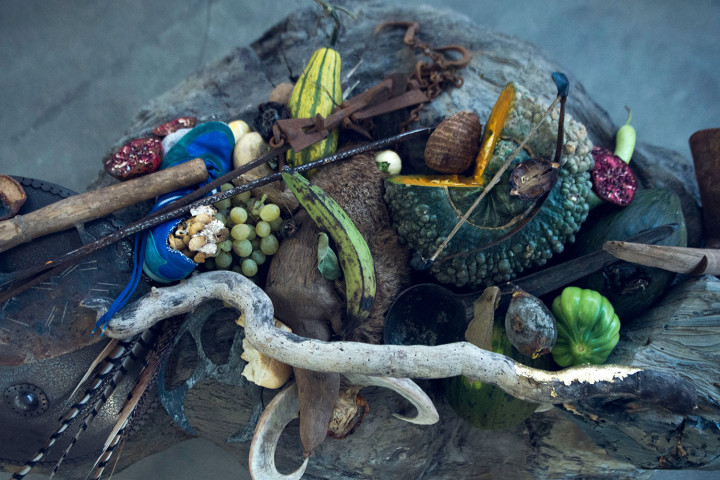 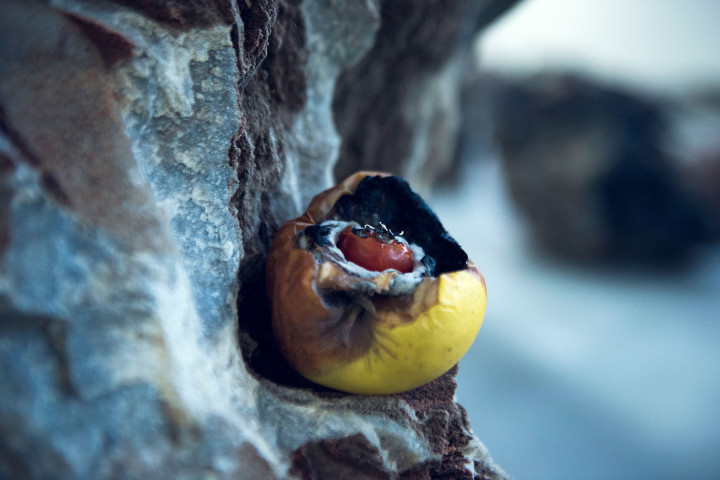 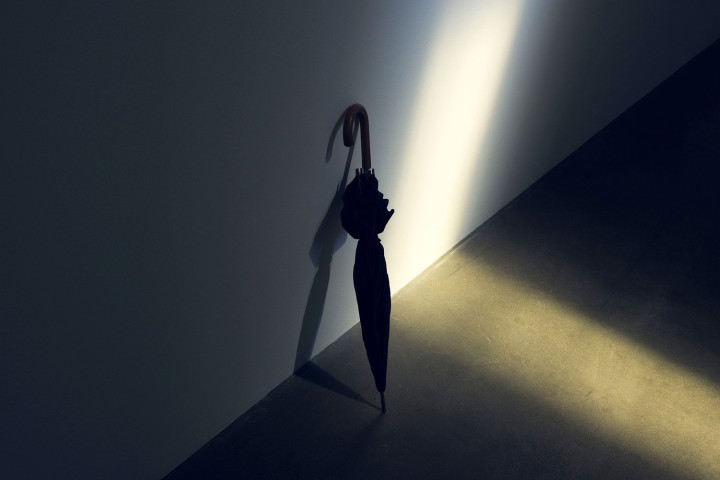 Fur coats and other sundry items of clothing — all of them seemingly brand new — line the building’s main corridor at such oddly placed intervals that it’s challenging at first to discern whether or not the garments were left behind by overheated visitors. This perplexing constellation of fabric and plastics sets a strange and somber mood for the exhibition, making the familiar seem deeply odd and uncanny. After navigating the spare passageway littered with clothing, one reaches a large room filled with boulders that reek of robust brine. Each individual boulder stages small tableaux of organic and inorganic objects. A platter teeming with fish, wildflowers, feathers and stones balances atop one taupe colored stone, while others seem to provide mysterious reliquaries for dead birds. Yet another rock houses a royal blue Adidas sneaker lodged into one of its crevices. Villar Rojas claims that his large-scale, ephemeral installations emerge from an impetus to imagine life on earth as if perceived from the perspective of an alien. He achieves this in “Rinascimento” by enacting a complete collapse of relative values, refusing to articulate a hierarchy between the materials used for the installation and the time periods they reference.

The installation intimates a perverse beach in which linear time has come unhinged, proposing a time and place in which a still-life scene that looks like it could have appeared in a Dutch master painting might exist alongside rocks containing bits of contemporary clothing and currency. Villar Rojas often emphasizes the collective working process of his studio, likening his team to a nomadic troupe of actors. Yet, while the networks of exchange that bring his works into being often remain invisible, time takes center stage; each passing minute emphasizes both change and disintegration. 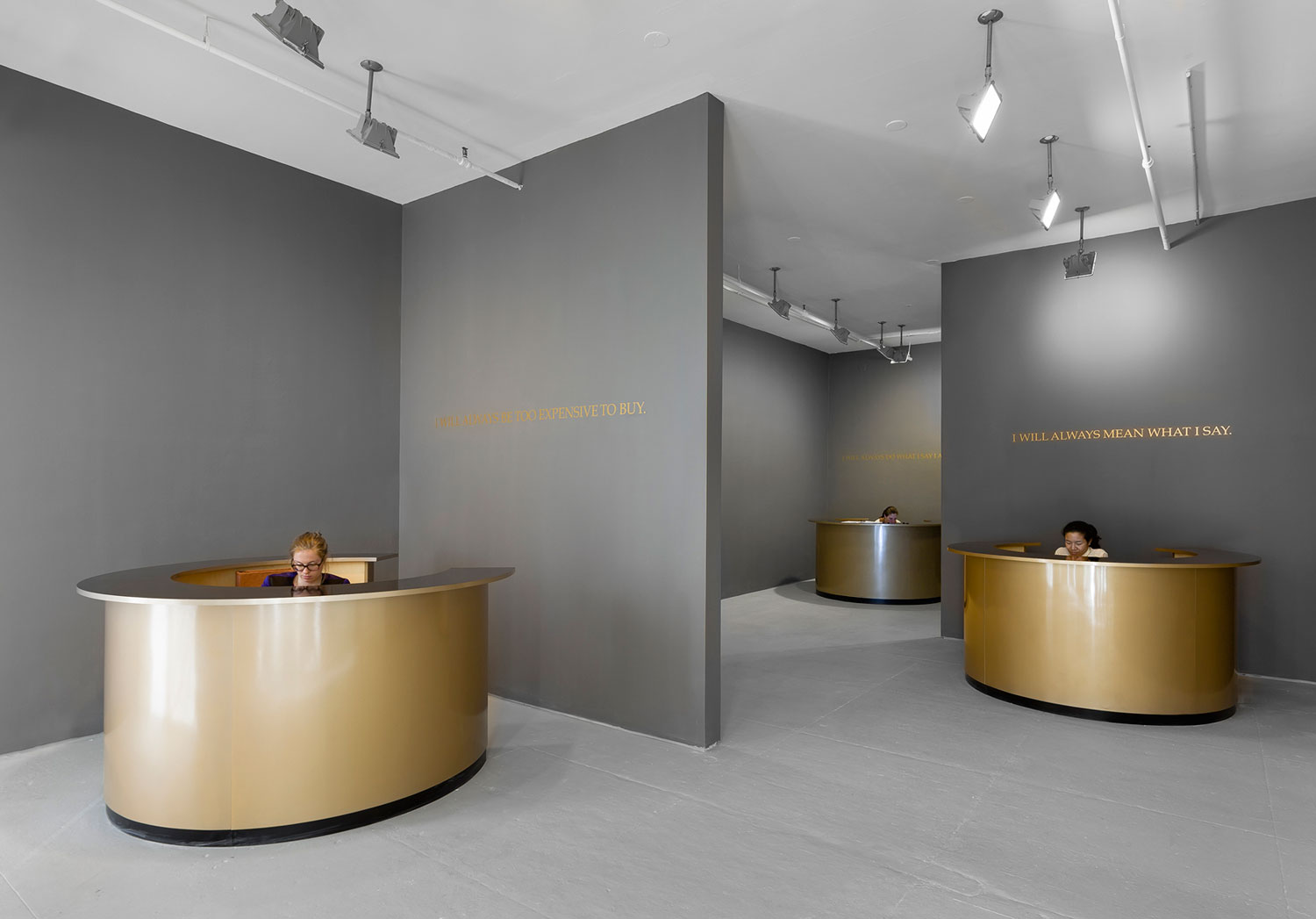 “I, the undersigned, Katy Diamond Hamer, hereby certify that I will always mean what I say.” This sentence testifies my…