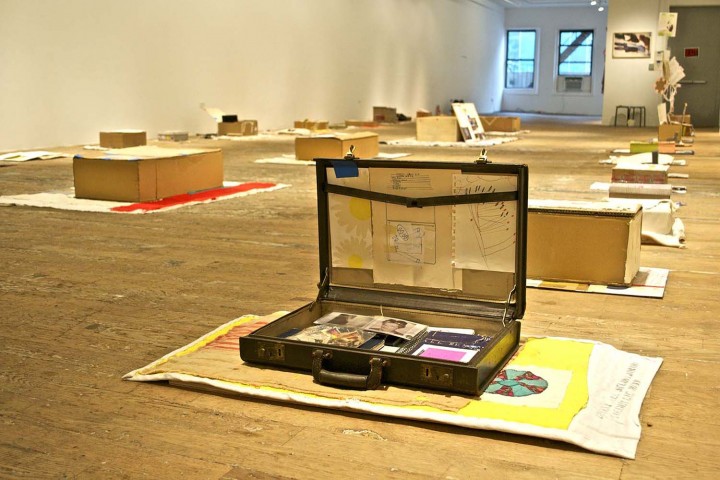 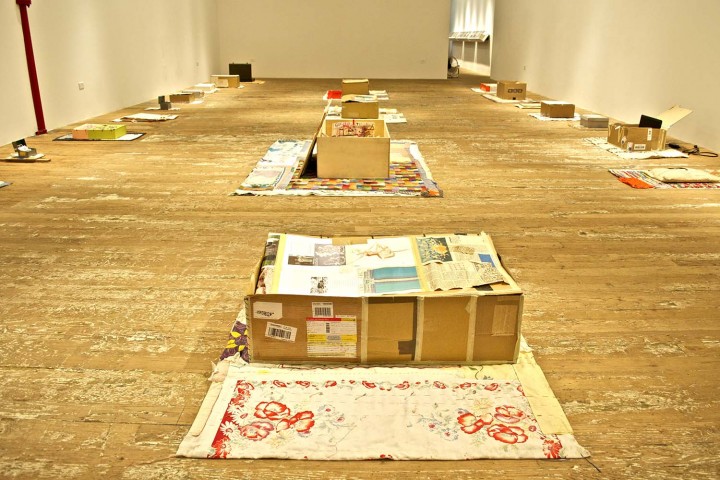 Susan Cianciolo is a visual artist and filmmaker based in New York. Her recent exhibition at Bridget Donahue, “if God COMes to visit You, HOW will you know? (the great tetrahedral kite)” included a large-scale installation of the artist’s “kits.” Having emerged in the 1990s as one of the central figures of the deconstructed fashion scene with her clothing label Run, in the years since she has brought her idiosyncratic sensibilities to a staggeringly diverse array of productions and platforms, including performance, sculpture, theater, furniture design, filmmaking and custom-made wearable artworks. Here Cianciolo discusses recent and future productions.

We have spoken a lot about the importance of documentation in your work. Digging through your archive over the past year I saw how deeply your relationships with photographers have impacted your work. Can you talk about how this plays out in recent and future works?

The documentation is the base of all the work and the end result that begins the next work. The study of the images from this recent performance has naturally developed into a series of new films I am currently writing with a collaborator, filmmaker Harry Hughes. Additional components of this process include Surrealist-inspired workshops in different locations here on the East Coast and in the South, at a storefront in Mississippi called Yalo Run that I am opening this summer — where people are joining in to learn in the form of collaboration and exchange. These workshops will feed into a collaborative film with Asher Penn, which will also feature a number of new works, outdoor sculptures, tapestries, functional seating and weather furniture.

I want to talk about your most recent performance. How do you work through the relationship between the designing of the clothes and the live event?

The “designing of clothes” is not a phrase I use in relation to my work. It is more to do with making costumes, and this is developed over a long period of time. With these pieces, I know it appears simple, as if it was thrown together the night before, but I actually want it to seem that way and simultaneously feel like the performers are not completely sure about what is going on. Yet, I place complete trust in those cast. To me this is a definition of a minimalist, mundane performance.

The costumes came from research, from time spent in Beacon over the last year, at Pascale Gatzen’s home and textile studio. I worked from her library and developed some of the textiles in this show, and other research is from my own library where I believe the repetition of studying the same images over many years becomes a meditation and sinks into my consciousness.

What were some of these specific points of inspiration?

Iranian tapestries, Afghani costumes and textiles, Indian textiles, personal friends, the performers themselves. I wanted the whole body covered with many layers to create a mass volume when sitting down. As opposed to all the years of studying movement with shapes, this time it was still forms and an extension of the tapestry so the women existed in a respected place within the room. They were “chosen ones” to speak about the “box kits.”

Speaking of costumes, I wanted to return to a topic we discussed a lot when we first met — your time working with students on the costumes for the Hamlet production by Mark von Schlegell in Frankfurt. A selection of these costumes are on view in the exhibition. What was your experience working on this project?

My experience working on the costumes for Hamlet was life changing. It is difficult to put into words, as what was so crucial about it was the process of working on it together with the extraordinary writer and director Mark von Schlegell, and so many performers and collaborators worth mentioning — such as Sophie von Olfers, who was the curator of Portikus at that time, as well as Michael Krebber. Krebber’s performance each time gave me chills up my spine.

As a collaboration it was so equal. I learned from the perspective of an individual, working together. Autonomy, I suppose, is the word for what happens when strength and taking risks combines with all parties being independent and together. I felt that time stopped; the work covered all my belief systems. Anyone who made costumes performed, as well as anyone who produced, created make-up, performed, cooked lunch, etc. Most of all, the ability to make costumes was irrelevant. This is similar to my current philosophy in my studio practice, which is: the less you know about making any type of garment or anything, really the better you are suited to making it. 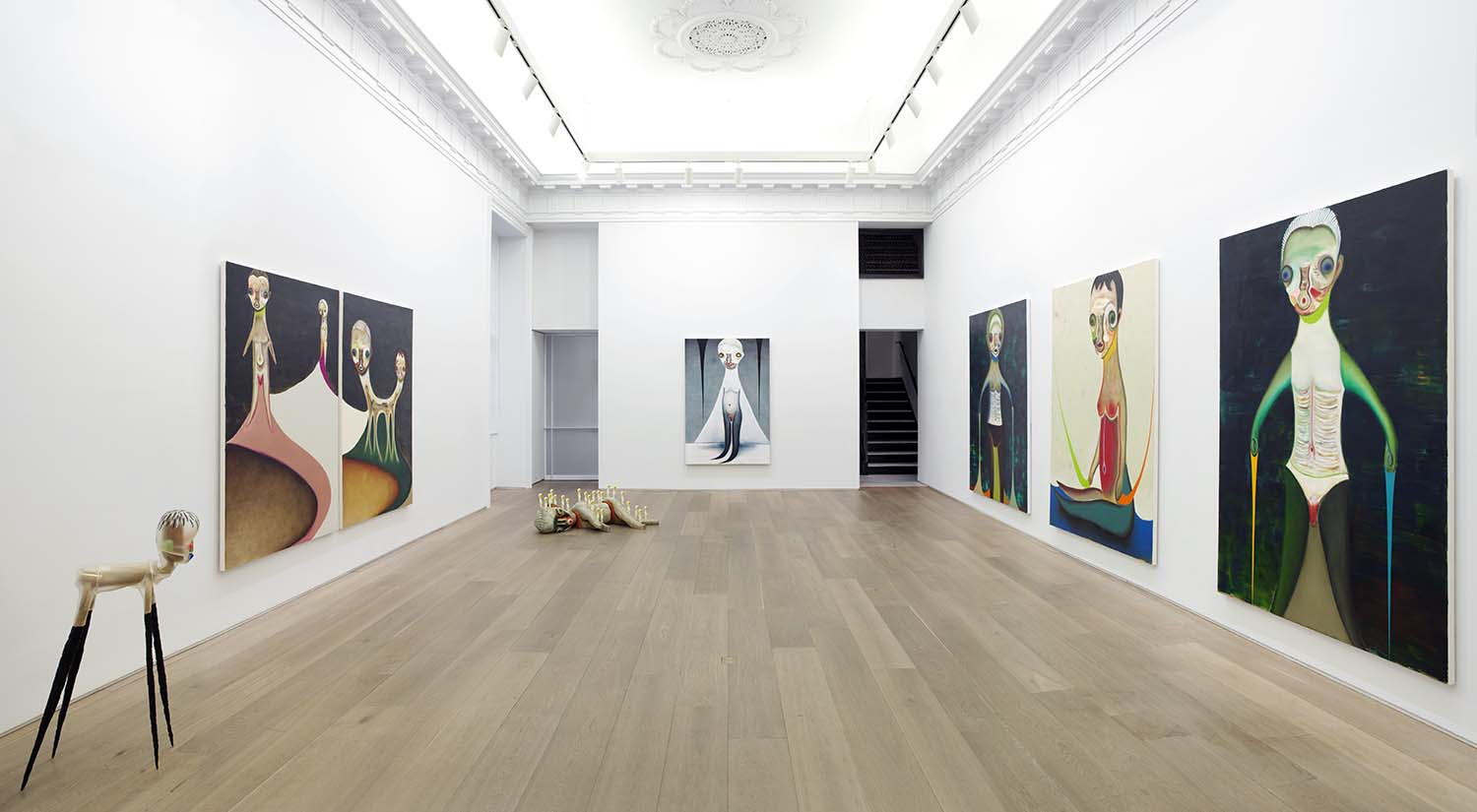