No one knows exactly when or how the Cybernetic Culture Research Unit, or Ccru,
came about. Even less is understood of who (or what) speaks through it. Its existence has been denied more than once, and despite repeated attempts to excise all record of its strange intellectual and aesthetic experiments from institutional histories, it always seems to return, each strain more virulent than the last. The fateful story of the Ccru’s exile from academia in the late 1990s is well known, and frankly unsurprising, as the increasingly exploratory nature of the Unit’s research took it out of officially sanctioned spaces of academic investigation and into a weird underworld contoured by cyberpunk, systems theory, occultism, electronic music, vodou and mathematics. Its members’ status as pariahs of the university system — an ironic effect of their reckless fidelity to the Deleuzian maxim that it is the problem that determines the trajectory of thought (not the other way around) and that such investigations cannot be simply broken off when one pleases — grew in equal ratio to their notoriety in the philosophical, artistic and sonic underground of late twentieth-century Britain. As with any good subterranean microculture, rumors of strange activities abound. Intense drug use, shamanic rituals, disconcerting diagrams etched into nightclub walls, demonic possession, poetic odysseys of xenoglossic click-drift, snake-becomings, time travel, psychological collapse, schizophrenia — the kind of thing that happens when your research takes you somewhere “you” weren’t prepared to go.

Time Spiral Press’s publication of the Ccru’s collected writings marks an important juncture in this game of inoculation and recontamination. Up until now, only hearsay, grim speculation and several bizarre artifacts of uncertain authorship, dredged incautiously from the darkest depths of the Net, have served to give any real insight into the true nature of the collective’s unusual research program. “Unusual” is an understatement. What these documents unmask is nothing less than the fundamental dubiousness of phenomenal reality itself, with the master code of chronological time forming the backbone of a highly sophisticated control system.

Slotting together fragments of coded narrative, the reader finds themselves rapidly sucked down into a disorienting vortex of agents and double agents, insurgents and counterinsurgents, secret societies, dissident technocultures hooked on neuroelectronic drugs, alien abductees, rogue ethnographers, exiled priests, clandestine artificial intelligence research labs, experiments with synthetic time, mind control, demonic rituals gone awry … an incandescent field crosshatched with alien signal and saturated in zygonovic turbulence which maps — perfectly disturbingly — onto our own reality. Nothing is what it seems and no one can be trusted. Coherent conceptions of truth and falsity, reality and unreality, quickly begin to fall away. Splice in some H.P. Lovecraft, William S. Burroughs, PKD, Neal Stephenson, William Gibson, ancient Sumerian mythology, British esotericism, Detroit techno and the biggest, baddest cosmic bootstrap paradox you’ll ever encounter, and you’re starting to get an idea of what these documents contain. The real climax, however, is the intricate elaboration of the Numogram, an occult numerical diagram and asignifying semiotic system retrieved from the depths of time by Miskatonic Virtual University’s resident expert in Lemurian cultural history, Professor Echidna Stillwell. The Numogram’s arithmetic elegance is bracing, and this alone would be enough to justify its place as the centerpiece of the anthology without ever having to mention anything so arcane as time-sorcery. And yet, adherents of Neolumerian lore, from the Black Atlantean cargo-cult, Hyper-C, to Professor Daniel Barker, Iris Carver and the K-Goths, routinely describe the Numogram as a “time-map” — a triumph of virtual cartography marking access points to the nonlinear backchannel of laminar time.

This is not just a story. It would be a mistake to treat these texts as fiction in any trivial sense of the word. Fiction, for starters, relies on a clear sense of truth and falsity. Following Ccru informant William Kaye’s elaboration of writing as “a sorcerous operation,” these texts should be understood as an explicit tactical assault. A gauntlet thrown down on the battlefield of cosmic warfare — what the Ccru has notoriously theorized as “hyperstition.” Any recommendation to delve into the contents of this volume (a recommendation earnestly advanced here) must be issued with the following warning: “Just because it’s not ‘real’ now, doesn’t mean it won’t be real at some point in the future. And once it’s real, in a sense, it’s always been.”

Two thousand and three ostensibly marks the date of the collective’s retreat into the shadows, yet it would be foolish to imagine that we have seen the last of the Ccru. This volume is a signal. If there is one thing these texts have to teach us, it’s that certain things can be counted on to return. 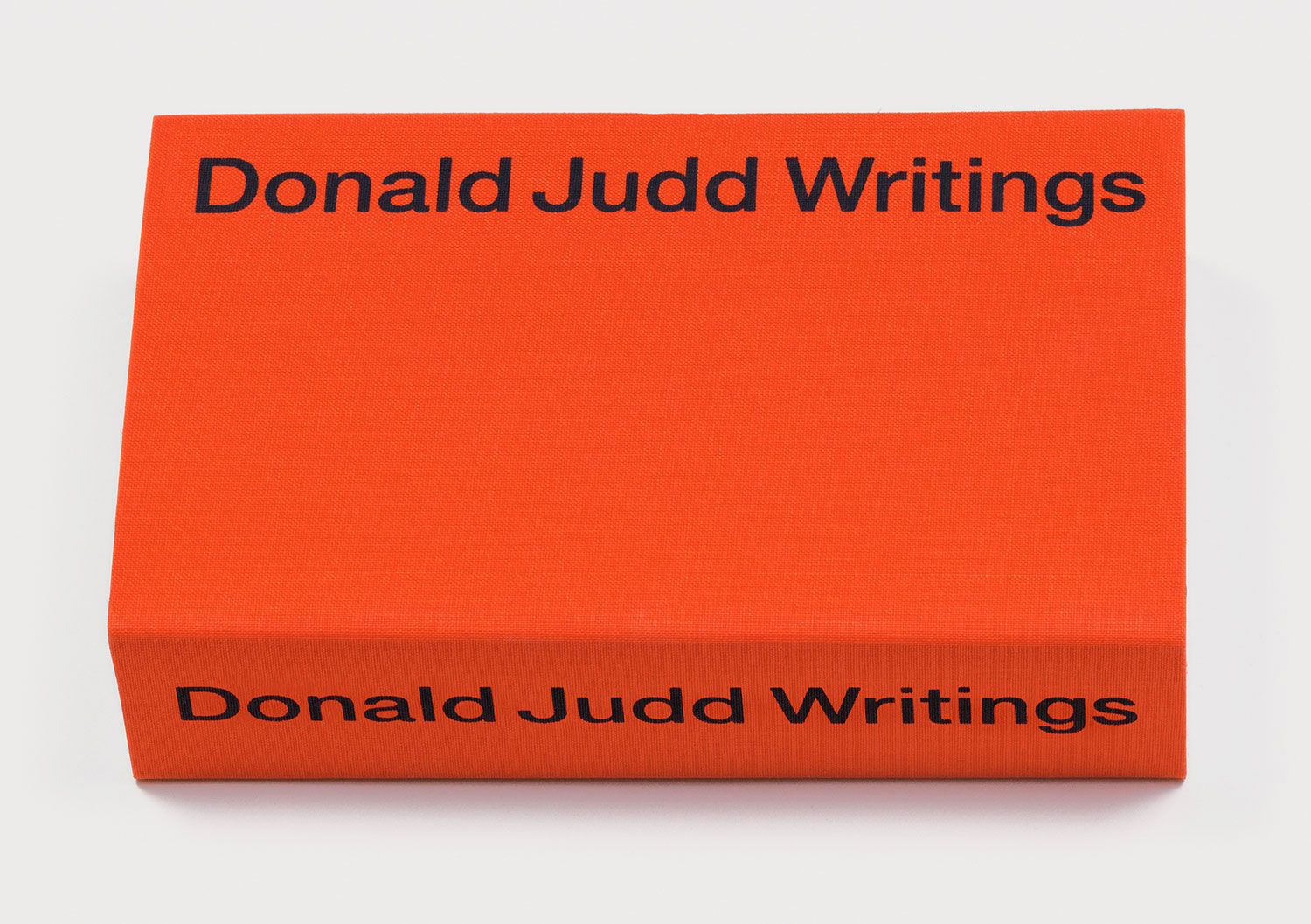 Donald Judd engaged a lifelong struggle against mediocrity and its hazards. “Mediocrity is lazy thinking,” the artist’s son and Judd…