U., the narrator in Satin Island, a new novel by Tom McCarthy, takes pains to lower reader expectations right at the outset of the book. “Events!” he says in an aside. “If you want those, you’d best stop reading now.” Instead, what he offers is a claustrophobic glimpse at the inner workings of his mind as he tries to compile the Great Report, an ethnographic document that is meant to be the “first and last word on our age” — the age being presumably now, and the “us” being himself and his audience. Tasked to do so by his boss, Peyton, a corporate guru of sorts who speaks in meaningless aphorisms — “A city has no ‘character’; it is a schizoid headspace, filled with the cacophony of contradiction,” for example — U., an anthropologist, is less interested in discovering universal truth, and more in following the threads of his own dull imagination. Topics that consume him — including parachute deaths, oil spills and his desk at home — are peppered with references to theories posited by Erwin Schrödinger, Alai Badiou, Gilles Deleuze and his hero, Claude Lévi Strauss, as if to bolster his own brilliance through name dropping.

The book is written very much in McCarthy’s signature style. Details are not merely mentioned; rather, they are obsessively described in flat, precise language that renders them colorless, beaten into the ground, so that when one pictures a scene from the novel, they see not a landscape, but rather a computer simulation emptied of human life. The difference between Satin Island and Remainder, a book about a man who recreates a catastrophic accident until he becomes the creator of the catastrophe himself, is that the former does not follow a linear narrative. Instead, it experiments with a current trend in literature — a trend that increasingly reads like laziness on the part of the writer. McCarthy is writing less a novel than a very, very long blog post, inserting anecdotes and observations as they come, and then leaving them hanging in the air, assuming that in their lack of resolution, the reader will consider them profound truths to be mulled over. It’s a technique also used by writers like Ben Lerner and Karl Ove Knausgaard, with better success — an obsessive description of the personal is used as a sort of allegory for contemporary life. But the role of a writer, arguably, is not merely to float ideas; it is to shed light on what has previously remained formless or unspoken. The most profound realization U. has in the entirety of Satin Island is that immortality may be gained by hiring someone to send text messages after they die — something that anyone who knows a deceased person with a Facebook account has already realized.

Despite the desire of the narrator in Remainder not to create events, but rather, to replicate them in exact, precise detail, the novel lent itself well to a cinematic adaptation by Omer Fast, which is completed but has yet to be released. The story had a resolution, and moreover, a gloriously violent one. It is hard to imagine that Satin Island could ever be made into a feature film — perhaps instead an installation in a colorless, gray box, with rectangular, gray boxes to sit on, and on screens scattered throughout the room, recreations of U.’s dreams, which are the only interesting thing about him, or the entire novel. In fact, the sort of floating, untethered format of Satin Island, in which the contemporary is shown in spits and bursts, fits itself perfectly in the current environment of the art world, which is dominated by exhibitions that capture an ahistoric “nowness” backed by mid-20th century theory but without context.

Toward the end of the novel, U’s self-reflexive narrative is broken by Madison, his occasional lover. She tells him a story about being arrested in 2001 while protesting a G8 summit in Genoa. After being beaten by police, she is taken to a villa outside the city. There, she is left in a room with a portly man who first shocks her with a cattle prod, and then directs her in a series of strange, vaguely erotic poses. Despite her exhaustion, he forces her to dance for hours. By the end, he is sobbing in ecstasy. Afterward, she falls into a deep sleep and then catches a bus to Torino-Caselle.

Madison’s story is rich with texture — a Buñuel film in a single chapter. But the implausibility of the situation she describes, especially given the fairly believable situations that take place in the rest of the novel — for example, U. goes to conferences and visits his friend in the hospital — calls into question whether or not U. is a reliable narrator. And if he’s an anthropologist working in the basement of a corporation, then does the U. stand in for “you,” the reader? And if that’s the case, is the Great Report, which U. never finishes, and everyone, even Peyton, seems to forget about, ultimately this novel? In the sort of formless void the narrative creates, anything is possible — the point being that McCarthy asks “you” to do the work, and absolves himself of the responsibility early on.

Satin Island is revealed to be an industrial dump of an island in one of U.’s dreams — he connects this place to the real world Staten Island. When U. travels to New York for a symposium, he takes the subway down to the Staten Island Ferry Terminal with the intention of connecting his dream world to the physical one, and ultimately, decides not to get on the ferry. To do so, he said, would be “meaningless.” In this case, the problem is not only the lack of resolution — if Satin Island in itself is meaningless, is that a comment on the meaninglessness of signs? — but also the venture into the real. The way U. describes not only the New York Harbor, but also the passengers of the ferry, is lazy — he says that the people waiting for the ferry are “bored, frumpy, tired, unhealthy, overweight and generally just very, very normal,” a generalizing observation that reads more like a judgment. The book works best when it frees itself from the mundane, and allows dreams to color the frumpy phrases. If only McCarthy had spent more time connecting the dots than proclaiming there were dots to be connected. 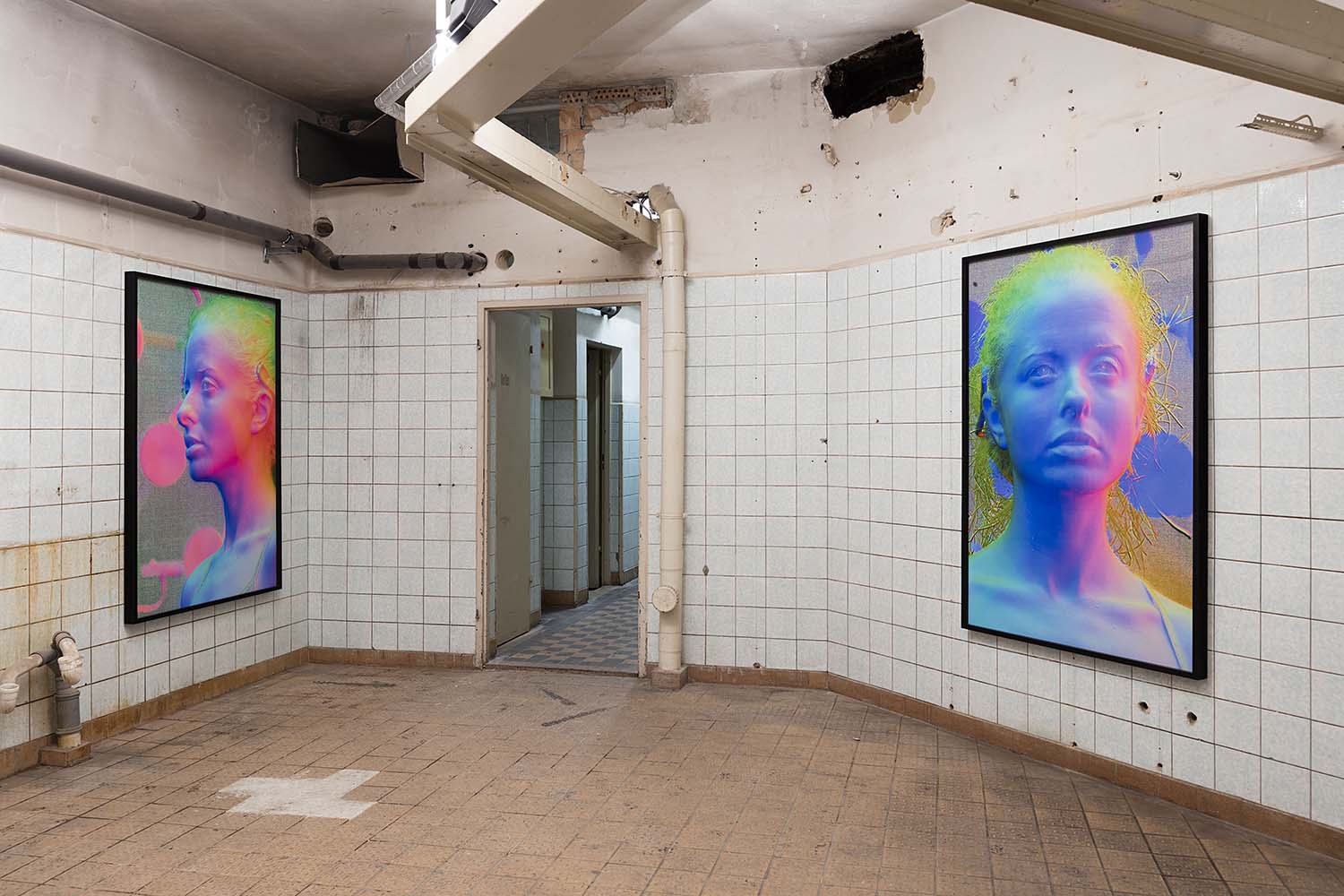 With a practice rooted in the depiction of the human body, Paul McCarthy’s exhibition at Schinkel Pavillon continues this visual…

Two projects are on the horizon for French art critic and curator Thomas Boutoux, the founding member of castillo/corrales, a…