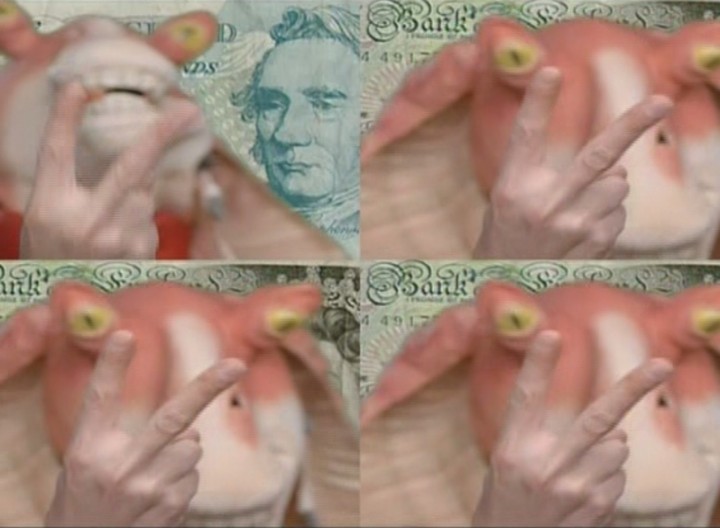 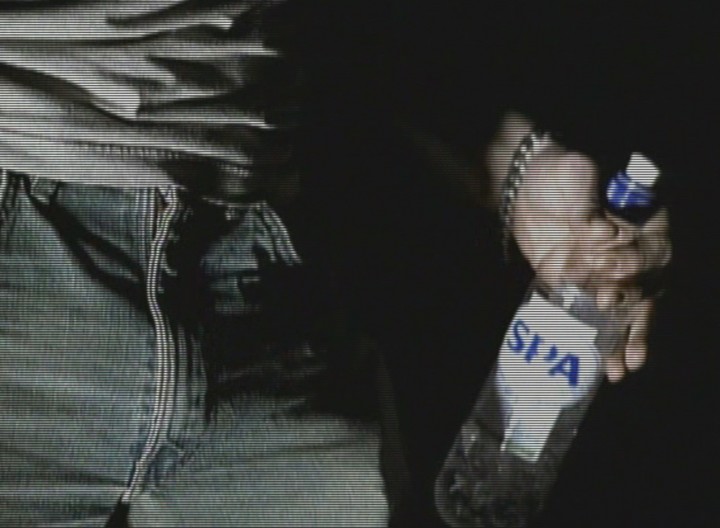 Opened in October 2014, ROGERS is a storefront art space in Cypress Park, a neighborhood on the Eastside of Los Angeles. It is run by a shadowy curatorial collective. In lieu of a website or an Instagram feed, ROGERS has a Yelp page where exhibitions are announced and documented in terse phrasings and fuzzy images. They currently enjoy a perfect five-star rating.

We all had an admiration of the art of Roger Payne as his treatment of the frame reminded us of Pere Borrell del Caso’s Escaping Criticism (1874). This became a metaphor for the space of the gallery. At the same time, we were all interested in social and communal pain as we watched the slowing-down Roger Federer end his epic career. And of course the colloquial CB talk of “roger that” meaning, in all ways, the affirmative, we got it! The gallery becomes an explosion that insists on breaking social conventional structures of the commercial gallery, yet always a depressing resignation of the winding-down of an aspiration: that has a depressive and analytic tone, knowing one is at the end of a moment just as we have begun.

What were the organizing principles, interests and intentions in creating an anonymous, collectively run art space?

There is an influx of spaces around town and the idea was to do something as casual as possible. No exhibition cycle as such, no formatting or scheduling constraints, no program, and no so-called curatorial vision. We wanted to revisit the idea of “paper exhibitions,” but almost taking it too seriously while simultaneously disregarding it on the spot, and ending up with exhibitions in the space. To play with the idea of decision making in curating, and how collectively we can make shows that are not coming out of a kind of consensus, as is usually the case – so in a way thinking about the questions of taste, network, publicity and visibility. Therefore we also, for instance, only have a Yelp page that our visitors can like and in a way thinking about the conditions of criticism today.

“Iconic Artworks from 1920s to Present from the collection of Aaron Moulton w lamps by Pentti Monkkonen” was your first exhibition. What are the contents of Aaron Moulton’s archive?

The idea behind that show was to throw Aaron’s archive into the woods. The archive represented a period of Moulton’s active engagement with documentation of artwork and how it’s represented in print media – pre/post-internet questions around circulation, dissemination and reception of art beyond its immediate context and therefore expanding its site/context/reception, etc. But the trees here turned the gallery into the kind of opening, or Lichtung, as Heidegger refers to. Here the archive is more of a fragment, a cul-de-sac, a “woodpath” that perpetually reaches out and yet never throws itself out of the woods.

Your second show was George Stoll. The exhibition, according to your Yelp page, consisted of “works that haven’t been shown bc the body of work evolved or turned into something else, some prototypes and preliminary models.” What was your interest in showing these abandoned pieces and prototypes?

It mainly came out of the discussions with the artist. The question, which is a very common question, is when is the moment of completeness, what separates a prototype from a work? Perhaps the exhibition was the respondent to the call, the famous telephone call that Ronell talks about. We were hoping to respond to the call of the work that was rarely seen and that the ideas in the works are very much visible in lots of current works that come many years after George’s experiments.

Your current show is Oliver Payne and Nick Relph’s “Mixtape.” As I understand it, you’ve recreated the original installation from Gavin Brown in 2002. How did this come about?

When the idea of this show was presented to us, we were particularly interested in showing this piece that, in a way, browses through the rapid changes in subculture and how it, in a way, now kind of resonates in the neighborhood as the cultural landscape of this side of town is going under transformation. It also very much sets precedence to lots of works that followed it that set similar conceptual structures and brings together diverse sets of cultural references but is now streamlined with recent digital technology and such.

In all three of the exhibitions so far there seems to be a bit of “archive fever” going on. Was this planned? Do you see the program as predominantly concerned with the archival in some way?

We were really thinking about how Bassam el Baroni thinks about contemporary art as the moment when the canon was replaced by the archive. He talks at length about this, but in general this also coincides with the expansion of the art world and globalism in general. So while ROGERS is not strictly speaking an archival research project, it does look at how these kind of practices are now the everyday material of making exhibitions.