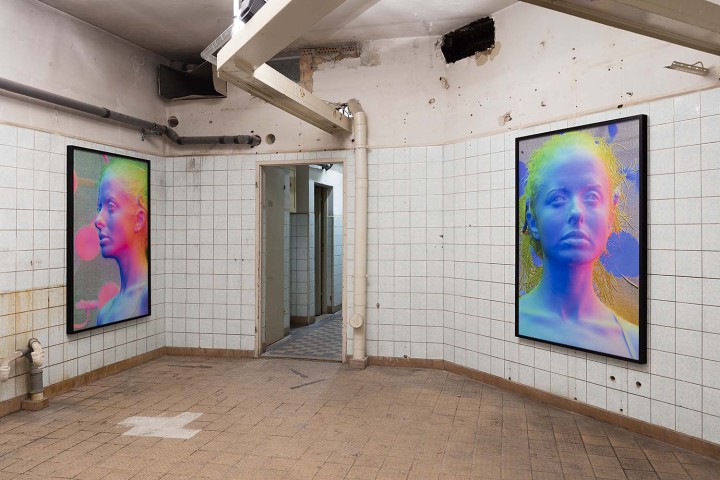 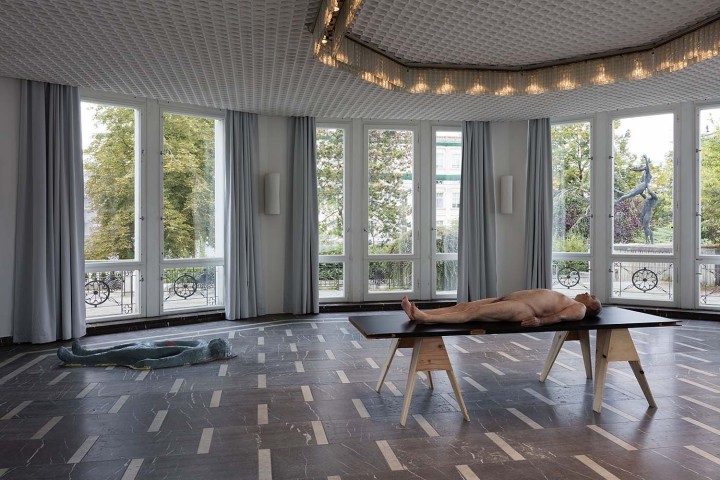 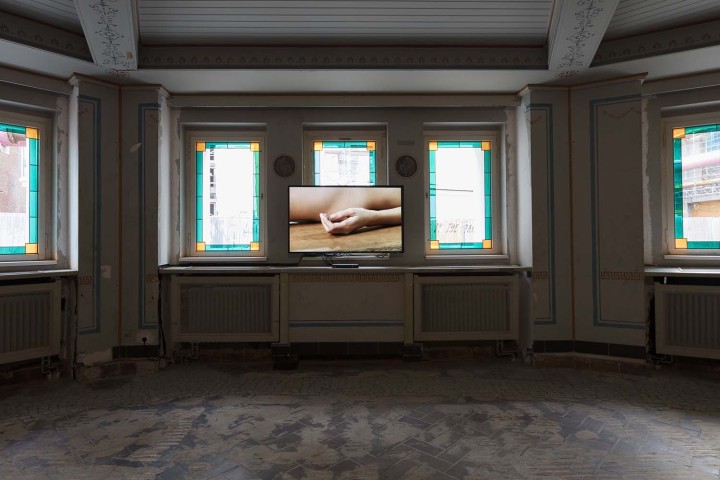 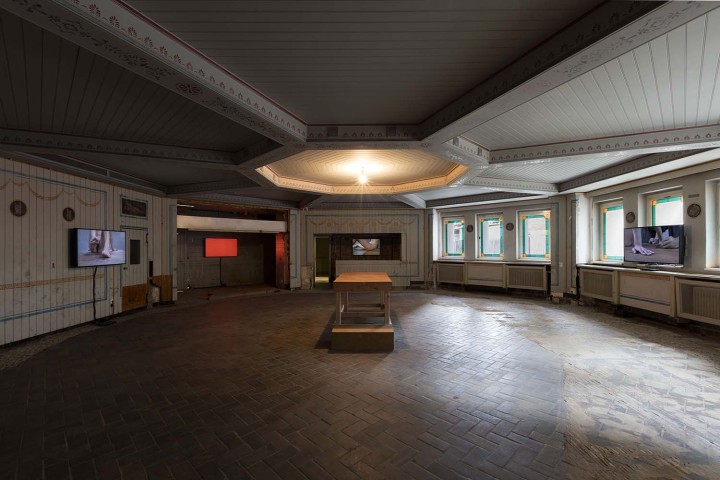 With a practice rooted in the depiction of the human body, Paul McCarthy’s exhibition at Schinkel Pavillon continues this visual reference, bringing together a tripartite rendering of the nude.

The tradition of this trope as told through a Westernized history of art is here denoted; and while typically the nude was used to express ideas of male and female beauty, McCarthy shifts this narrative to incorporate themes of death, spectacle and voyeurism.

The exhibition displays sculpture and video, dating from between 2011 and 2013, alongside new photographs presented for the first time. Horizontal (2012) is the centerpiece, a silicone reproduction of the artist’s body, lying corpse-like in the room’s center upon a door appropriated from the Bank of America. Replicating every detail of the body — deep wrinkles, fine hairs — one questions whether the form is breathing, awkwardness palpable as the eye briefly brushes past flaccid genitalia. While unnervingly realistic, the proximate work Rubber Jacket H. Horizontal (2012) reveals the casting process, placed on the ground as a strange or even fetishized bodysuit. Together, both blur the line between the idea of reality and fiction, the space of waking and dreaming.

When associated with the six-channel sculptural video installation downstairs, That Girl T.G Drawing Table – Drawing (2011–13) — with a correlative centrally positioned table surrounded by footage of a nude being demarcated with pencils — an added dimension of reality as perceived through film appears. Combined with psychedelic prints of the same female nude’s face, appearances of reality are questioned, exploring the tension between consciousness and agency.

Since the 1970s, McCarthy has used the body as a means to push the limits of social convention, exposing the hypocritical undercurrents that can drive a consumerist society. The grotesque mess or bawdiness normally associated with the artist is absent however, replaced with an elegant, sleek aesthetic — presenting a cleaner lens through which to consider how society perhaps sleepwalks in a consumerist daze.