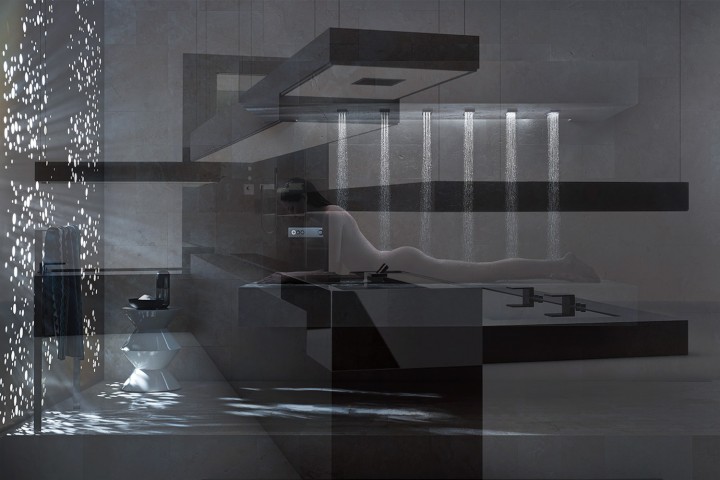 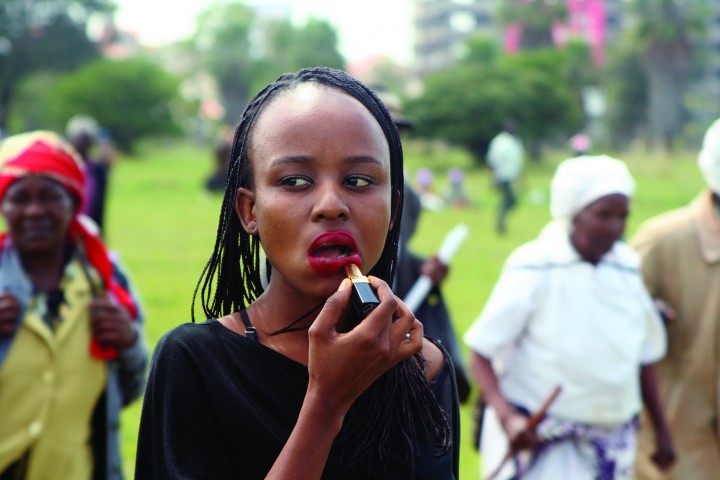 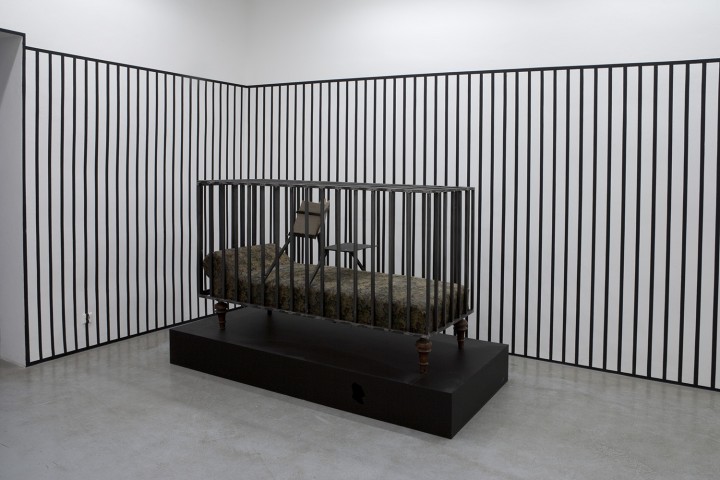 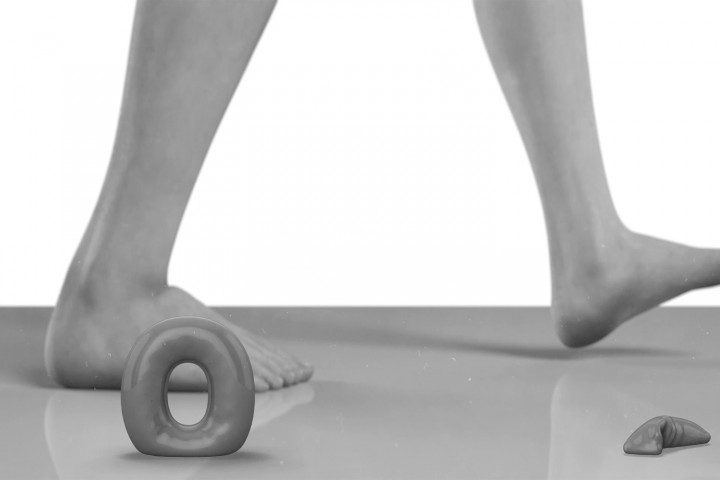 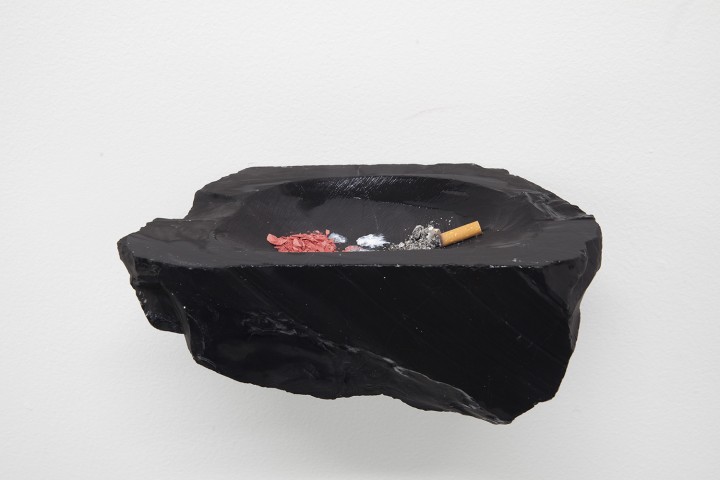 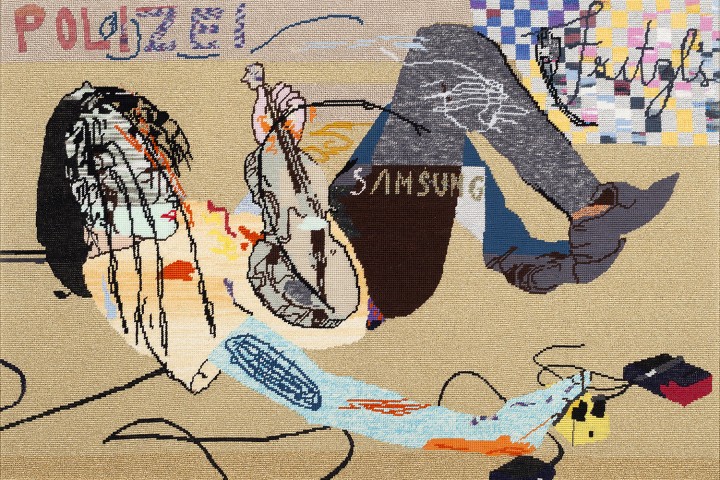 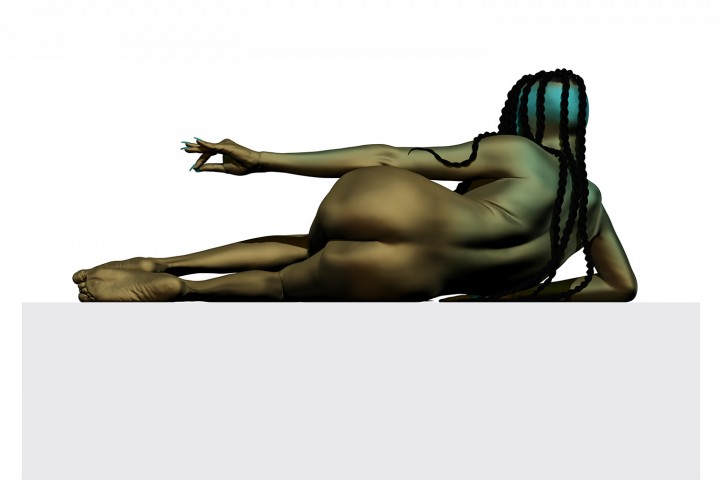 The third New Museum Triennial, “Surround Audience,” curated by Lauren Cornell and Ryan Trecartin, opened at the end of February in New York. Focused on early career artists around the world, the exhibition has a generational quality and is pitched as “predictive” rather than “retrospective,” this year extending from the curators’ shared interest in the social and psychological effects of digital technology. Artists have also been embedded in the process of creating the exhibition, effectively collaborating with the museum. Flash Art spoke to Martine Syms, who has been working with the institution’s archive, and Dena Yago, Greg Fong and Sean Monahan of K-HOLE, who created the brand identity and mascot “XR” — a friendly pharmaceutical character in the style of social media “stickers.”

Martine, can you describe the work that you have made for the New Museum Triennial?

Martine Syms: S1:E1 tells a story about language, symbol and narrative in American culture through a pilot episode, a print edition, an archive and two comic objects. The works use three key moments — the premiere of Mary Tyler Moore in 1970, the primetime schedule of 1988 and Google’s acquisition of YouTube in 2006 — to explore the privately felt public imagination.

K-HOLE has developed a branding identity for the Triennial featuring a pill character. How did you develop this?

Greg Fong: We spent what feels like the first year of this project consulting directly with Lauren and Ryan about behaviors and trends swirling around the big themes they were interested in capturing through the exhibition. We were under the impression that artists would be taking over a lot of the institutional responsibilities of the museum for the show, so we thought it was only natural that we try to filter some of those ideas through an ad campaign. A lot of our early discussion was about generational targeting, surveillance and the state of evasive language — and speech laden with various context-dependent meaning. We also really liked the idea of our artwork commissioned for the Triennial existing entirely outside of the museum. The pill character is inspired by drawings popularized by the chat application LINE.

Sean Monahan: We wanted to develop a campaign that felt fresh and didn’t use the traditional “jpg of art” + “title of show” formula. We thought of the pill character as a sort of mascot for the show — something that could live on in the promotional materials and travel through social media. It took a little bit of time to settle on the pill. We wanted something anthropomorphic but also something that could represent everyone in the show. The pill seemed like a fun way to talk about the anxiety that surrounds high-profile generational surveys specifically and art in general. We wanted the campaign to speak to a broader public and frame the experience of seeing the exhibition as more variable than the traditional, quiet, quasi-spiritual contemplation of meaning.

How did your respective dialogues develop with the curators, and what has been valuable or interesting to you about those conversations?

MS: I originally began this project several years ago as a traditional documentary. It was on permanent hold when Lauren invited me to do a project that used the institution’s archive as its starting point. Television seemed like an appropriate subject as it directly maps language, style, news, etc.

GF: It was a completely iterative and natural process. They came to us with ideas and trends they saw at work in the art world, and we came back to them with mini reports deconstructing those trends culturally, technologically and socially. Working with them from an early point gave us a lot of insight into the spirit of the show, which I think allowed us to take the biggest risks with the advertising campaign. It was also super fun to work between them — Lauren and Ryan have completely different ways of seeing things, and completely different senses of humor.

What are your thoughts on the “Surround Audience” theme as you understand it, and how it responds to the present moment? The materials describe this exhibition as “future oriented.” Is this something that you have been thinking about in your own work?

MS: I’ve been thinking about the effects of the sitcom narrative in relation to social media. Sometimes it feels like we are all presenting uncomplicated, easily digestible episodes of life. So even as the dominance of the form wanes, the structure remains. I’m curious to see how the non-linear characteristics of the internet influence cultural stories in the future. I take a stab at imagining that in my video A Pilot for a Show about Nowhere.

GF: Obviously the New Museum Triennial is focused on “emerging artists,” so it’s intuitive to align the different practices represented at the show with emerging behaviors and trends. But what I think is cool about this show is that Ryan and Lauren have seemed really focused on the intersection between contemporary art and contemporary communication strategies. Which is to say that there are a lot more people looking at art on the Internet, and a lot more artists looking at each other’s art. And that’s definitely the present moment. For our contribution, we just wanted to make something that felt right for K-HOLE — something characterized by our awareness of media, sense of humor and belief that idea and language (and marketing) are progressive forms for artistic output.

SM: Our practice has always been about distribution to some extent. When we began making our PDF reports, that gesture was less about commenting on print and more about wanting to reach the widest audience possible. K-HOLE’s work has always had trouble living in a museum or a gallery because we’ve always wanted our work to be as fungible as possible. Making the campaign a piece was a chance to negotiate working with an institution and making something that could live outside/online/in a signature cocktail/anywhere.

As this is a generational exhibition of sorts, what seems most urgent or important to you here, collectively, among your generation of artists?

SM: I think a unifying feature among artists of our generation is a rethinking of what it means to have an artistic practice. There’s a little bleed between different creative disciplines. I don’t think there’s a meta-conversation about “What is art?” going on, but there is a more personal evaluation of what parts of your life are included in the tent of “your practice.”

MS: I went to see Samuel Delany speak last year and he said: “Poetry is everything. Poetry is nothing.” That’s how I feel.

A multi-channel video installation, newly created for Beverly Buchanan’s “Ruins and Rituals” (the most comprehensive exhibition to date of the…

“I keep nothing clean,” Albert Oehlen has said. That’s an understatement. The German painter’s 1988 move to abstraction, a transition…