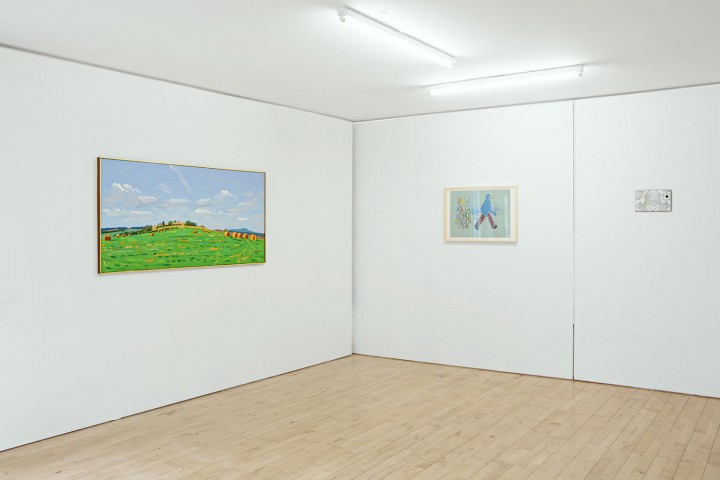 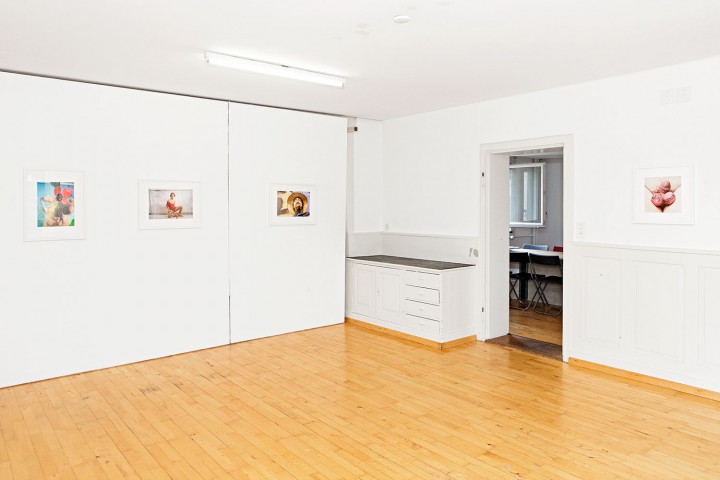 Is Hacienda an “off space”?

Yes, but we don’t like to call it that. To us Hacienda is an exhibition space. It’s a hybrid, an artist­-run space. Arthur is a curator, Oskar has had a gallery and Fabian is an artist.

You’ve just moved into a new space. Last summer it seemed like every art space in Zurich lost its home: you, Taylor Macklin, Plymouth Rock, Muda Mura Muri. Is this symptomatic of Zurich right now?

It’s something that comes from Zurich’s economic structure. All of these spaces are temporary or precarious; nobody can really afford a permanent space. Even after receiving money from the city and the canton you’re lucky if it covers the rent. It’s almost impossible for a nonprofit to have a permanent space. It’s a choice that favors the commercial, and we’re not at the point where we want to do that. When we started Hacienda a year ago we knew we were going to have to move because the lease was limited. This is a good format though, because otherwise things get repetitive. For a year every project can be sort of site specific. The new location is a former childcare center, and it’s exciting for us. There’s all this history it holds: Zwingli, the Swiss reformer, worked here, and Hans Fischli, the artist and architect, renovated it. There’s a connection to recent and older Swiss history. The space is the reason we invited Andreas Dobler to do the first show here, whose childhood imagery and esotericism fits perfectly.

Last year you did projects with both Dobler and Anton Bruhin. What is Hacienda’s interest in working with these very Swiss artists of an older generation?

First of all we are huge fans of their work. Both Bruhin and Dobler have been around for a long time, but they didn’t really have shows in a younger context. Nevertheless, they are artists that had and still have relevance in the local scene. They have been actively working and showing, but in our certain group it just wasn’t seen. Individually both are relevant to contemporary positions. Dobler’s paintings add to discussions around post­conceptual and postdigital imagery, but he began working on them in the 1980s. Anton Bruhin was one of the first artists in Switzerland to experiment with performance, doing them at Bellvueplatz, near here, when nobody was even thinking about these things. Our logic hasn’t been one of rediscovery because we didn’t frame it historically; it’s important that we showed new works alongside older ones.

The other consistency I notice is that of a West Coast connection: Keith Boadwee, Liz Craft, Pentti Monkkonen…

At the core we neither want to dig up old artists or find the new shit. We don’t follow a specific agenda. When we were first talking about doing Hacienda, Fabian said that he wanted to do this thing for one artist, Keith Boadwee, whom he met through Liz and Pentti. We looked at his work and thought of course it would be great. It has to do with friendships and personal biographies. There isn’t any East Coast vs. West Coast thing. It always has to do with us. The last time that Andreas Dobler had a solo exhibition in Zurich was in the context of Amberg & Marti, an exhibition series Fabian ran with Annette Amberg in their apartment when he was a student. From this point of view we do shows with people we know personally and like.

Can you discuss the idea of noncommercial spaces like yourself participating in art fairs like NADA and Paramount Ranch?

We don’t see these fairs as commercial platforms as much as places to meet with fellow artists, curators and gallerists. NADA asked us several times and invited us as an institutional project space. As the models for these kinds of exhibition spaces are changing, we also find that the fairs are trying to connect or build themselves in nontraditional ways as well. We take these opportunities to show Swiss artists that are not known internationally. At the first edition of Paramount Ranch we showed Anton Bruhin, Urs Zahn & Annina Matter and Bernhard Hegglin, who has never been shown in the US before. By definition, of course, you could say it’s a problem to do a fair as a nonprofit. But, fairs and art are merging in different ways than they did even a decade ago. Honestly, we’re happy to sell at an art fair. We’re supported by the state a bit, but the project should work on its own. It shouldn’t be the three of us putting too much money of our own into the project.

What do you all have planned for the rest of 2015?

In December we hosted a Daniel Spoerri show. The centerpiece of the show was the work Rezept Mappen Bibliothek, which consists of ten recipe books by Spoerri illustrated by his friends. We cooked one of the recipes at Hacienda ourselves, and invited friends for the dinner, as an homage to the infamous dinners Spoerri used to host himself. In March we will have a show with Swiss artist Bernhard Hegglin. Also during the month of March Heike Karin Foell will live at Hacienda to prepare her show in April. We are also very much looking forward to the exhibition of Timothée Calame, a young Geneva based artist that will show new works of his in May. We will end our year at Neustadtgasse 11 in June with a show by New York artist Lucky DeBellvue.